In the market for a new ride? Find out if it's worth shelling out extra bucks for a brand-new dream machine, or if you should go searching for pre-owned gold.

The auto experts at iSeeCars—a site that ABC News has called “the Kayak.com for people in the market to buy a car”—did some comparison shopping of new and used cars and put some surprising findings in a new study. While on average a new car costs 30.2 percent more than the one-year-old used version of the same model, they found a group of vehicles that only cost a few thousand more to buy new versus used. Here are their top picks for cars worth shelling out a few thousand to nab that new-car smell. You may also want to check out these incredible cars deals for under $18,000.

According to Car and Driver, when it comes to cargo hauling, this is the best small SUV on the market, noting, “Its ingenious second-row Magic Seat is borrowed from its corporate cousin, the subcompact Honda Fit hatchback; when folded, the seat creates class-above cargo space.”

The experts at Edmunds.com love this car, explaining, “The X1 has a turbocharged 2.0-liter engine that produces 228 horsepower and 258 pound-feet of torque. That’s near the top in power for the segment.” In terms of handling, the reviewers write that the X1 is “closer to a sport sedan than its more sluggish competitors.”

For ratings, U.S. News & World Report gives the Subaru Crosstrek high grades, noting that it boasts tons of cargo space and has a very user-friendly entertainment and guidance interface. Testers summarized the driving experience owners can anticipate: “It delivers a comfortable ride, allows for light off-roading, and provides plenty of passenger and cargo space. It also feels more upscale than many rivals and offers plenty of tech features.” Learn these 34 tricks car dealers know that you don’t.

In its five-star rating, Car and Driver gushed about this vehicle: “The Honda CR-V is a triple threat: It packs a host of high-tech equipment, impressive fuel economy, and copious cargo space. As if that’s not enough, it also boasts contemporary styling and excellent road manners.” If you’re in the market for a crossover SUV, Car and Driver‘s reviewers believe you’ll have a hard time finding a better vehicle.

Reviewers at cars.com were happy to see that the 2019 Tacoma TRD Pro upgraded its styling features from previous models: The TRD logo on the new aluminum front skid plate and three cool colors (Super White, Midnight Black Metallic, and Voodoo Blue). In terms of handling, the 2019 Tacoma, according to cars.com, has upgraded suspension and comes standard with the Toyota Star Safety System, which includes stability and traction control, anti-lock brake system and smart-stop technology.

In another study from iSeeCars.com, the car shopping experts found that on average, a one-year-old used car costs 23.2 percent less than its new version. And with some cars, they found price differences of over 38 percent. Here are their recommendations for five gently-used rides that deliver incredible value.

Edmunds was wowed by this machine’s size and power: “Compared to the typical three-row crossover SUV, the 2019 Ford Expedition looks like a superhero. It’s able to carry eight passengers and tow nearly as much as a full-size truck. And while it’s certainly a large vehicle, there’s very little else that can match the Expedition for outright capability.”

In the minivan game, says Car and Driver, the Kia Sedona is “a handsome and high-value player.” They gave it high grades for its safety ratings and its “kid-friendly interior with plenty of space for friends.” The Sedona is not exactly a speed machine, said the testers, but “the engine is smooth and the suspension delivers an agreeable ride.” Learn to recognize these signs that your car is about to die. 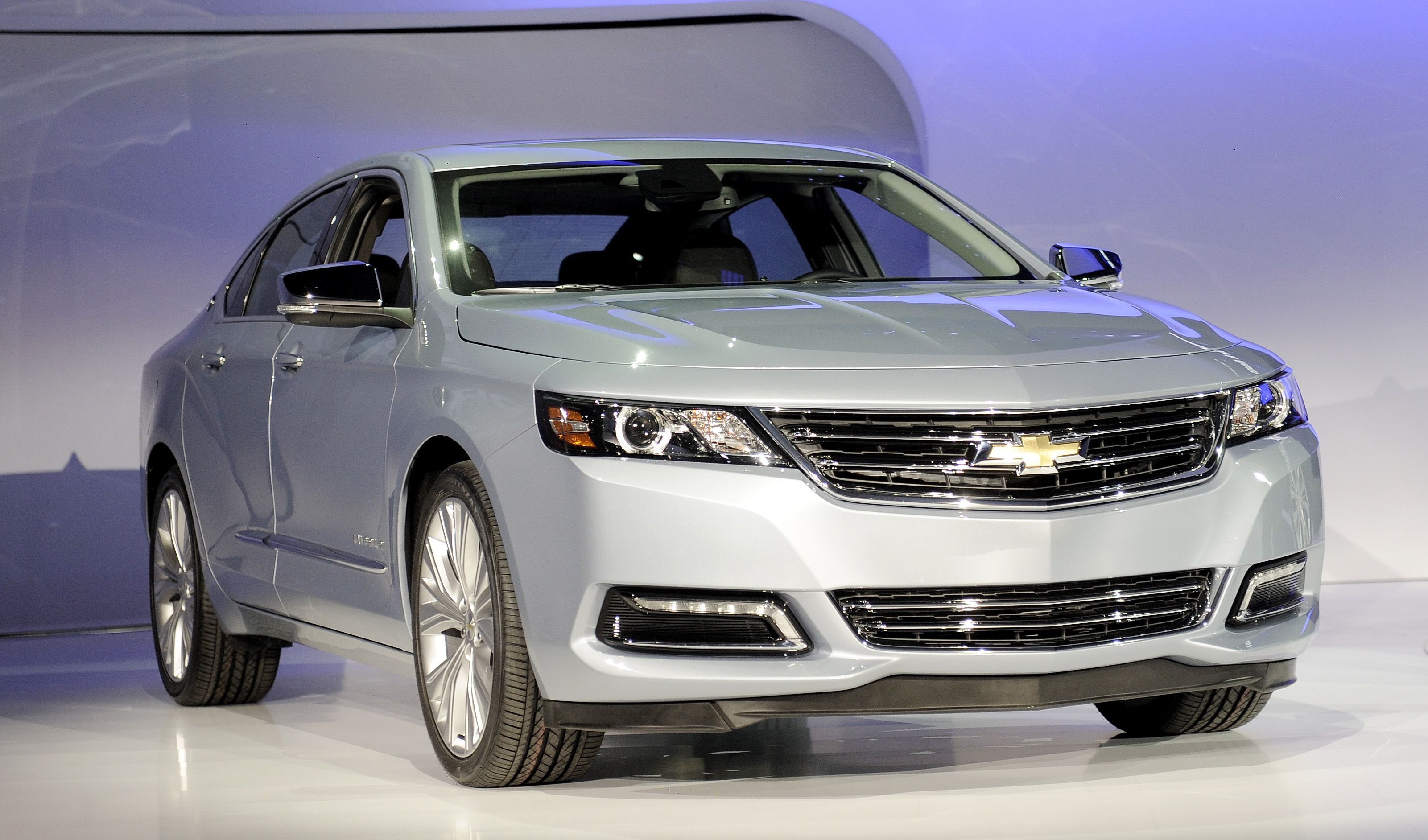 As reviewed in U.S. News & World Report, the 2019 Impala “is a well-rounded large car with solid scores.” Reviewers found its standard four-cylinder engine to be lacking—they liked optional V6. “The Impala handles with confidence and treats passengers to a relaxing ride.”

On cars.com, this car got two thumbs up for its stylish exterior, luxury interior, innovative safety features, and spacious second row. Reviewers, however, didn’t love the leg room in the third row and were underwhelmed by its average 16 to 17 MPG, a tradeoff for its vroom-vroom 400-horsepower, 5.6-liter V-8 engine. Learn these simple tricks for outsmarting car salespeople.

The reviewers at Car and Driver found the Fusion’s Infotainment options to be “feature-heavy, intuitive, and reasonably quick to respond to user inputs.” What you save in gas money, however, you pay for with a lack of storage space. “The gas-powered Fusion holds as much cargo as most competitors, but the hybrid and plug-in hybrid models suffer mightily for their battery packs, which reside in the trunk.” Those batteries will get you an average of 42 MPG, so it could be a tradeoff well worth it, depending on your needs.