12 Horror Films That Are Inspired By True Stories

Norman Bates, Jaws, and Freddy Krueger may be the stuff of nightmares—but they were all real.

Peter Benchley, who wrote the 1974 novel Jaws, got the idea for a killer shark story after chartering boat rides with a fisherman named Frank “Monster Man” Mundus (who claimed he was the inspiration for the gruff character Captain Quint). The book’s plot was inspired in part by the summer of 1916 when a rogue great white shark (da-dum) lurking in the waters (da-dum da-dum) off the Jersey shore (da-dum da-dum da-dum da-dum) killed five unlucky swimmers. Sink your teeth into these other scary movies that’ll make you afraid to go in the water.

When a sheriff visited Ed Gein’s Wisconsin farm in 1957, he was expecting to find a robbery suspect. Instead, he stumbled upon a true house of horrors: there was a bowl made from a human skull—and a chair, lampshade, and a suit made out of skin. After Gein was arrested, investigators discovered the remains of 10 women at his farm. He was committed to a mental institution for the rest of his life. In 1959 author Robert Bloch used Gein as the model for Norman Bates in his novel Psycho (including Gein’s unhealthy fascination with his domineering mother), and then Alfred Hitchcock turned it into a movie. Bonus: Gein also inspired Leatherface from The Texas Chainsaw Massacre, Buffalo Bill from The Silence of The Lambs, and Bloody Face from the TV show American Horror Story.

Writer-director Wes Craven was creeped out by a story in the L.A. Times about three immigrants who died in their sleep. In one case, the man’s family begged him to go to sleep, but he insisted that his nightmares were different from anything he’d ever experienced and was terrified he’d die if he went to sleep. When he finally did fall asleep… he died. Craven also said that villain Freddy Krueger was based on a real-life creep: “The hat was the kind worn by men when I was a kid, and there was one particular man who scared me. He was a drunk that came down the sidewalk and woke me up when I was sleeping. I went to the window to look… He looked right into my eyes. I went back and hid for what I thought was hours. I finally crept back to the window, and he was still there! Then he started walking almost half-backwards so that he could keep looking at me.” Find out the most haunted places in America, according to paranormal experts.

Steve McQueen became a star in this classic film about alien goo that grows and grows and swallows a small Pennsylvania town. Writer Irving H. Millgate got the idea from a story in the Philadelphia Inquirer: On the night of September 26, 1950, two cops reported a flying saucer approximately six feet in diameter. After it landed, they shined their flashlights at it, and it glowed purple. When one of the men tried to pick it up, it dissolved, leaving him with sticky hands. Within a half hour, the rest of the object had dissolved. That’s basically how the movie starts (except in real life the alien didn’t eat the town). These spooky stories of urban legends that turned out to be true will give you chills.

In 1952 Ed Warren, a self-described “demonologist,” and his wife Lorraine, a “trance medium,” founded the New England Society for Psychic Research. Twenty years later, the Warrens investigated the Lutz family home on Long Island, New York, where six murders had occurred. That case inspired The Amityville Horror franchise. The Warrens’ investigation of similar ghostly events involving the Perron family home in 1971 became The Conjuring. And the movie Annabelle came from a “haunted doll” case that the Warrens investigated in 1970.

Texas Chainsaw Massacre is loosely based off of the murderer Ed Gein. He was active from 1954 to 1957 and similar to Leatherface he would wear his victims’ scalps and faces. The main difference, Gein used a gun to kill his victims, not a chainsaw. But the producers of the movie wanted to make the story line a little more thrilling. Here are some more of the best terrifying movies to watch on Halloween. 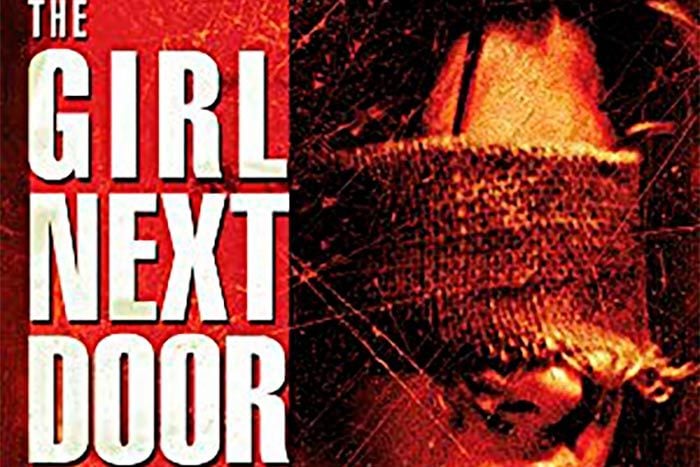 This movie tells the story of two teenage girls who were orphaned by their parents’ death. They go to live with their aunt, and she holds them captive, beats them, and tortures them ultimately leading to their death. This is based off of the real life story of Sylvia Likens. Her parents left her with a family friend while they traveled for work. Similar to the events in the movie, the family friend terrorized Sylvia and eventually killed her.

The Hills Have Eyes is based off of the Scottish man Swaney Bean. Bean had a total of 14 children (many products of incest). The whole family lived in caves and were cannibals, killing over 1,000 people. The movie depicts a family stranded in a desert victimized by cannibals, similar to the Bean family. Check out our full list of must-see frightening flicks with the 35 scariest movies of all time.

This film is loosely based on the true story of Anneliese Michel, a woman who underwent 67 exorcisms in 10 months. She suffered from seizures which were originally diagnosed as epilepsy, but the medication she was prescribed didn’t help and she started having religious visions.

In the 1990s, Ivan Milat murdered people in Australia’s Belanglo State Forest. Milat, who’s nickname is “the Backpack Killer,” maintains his innocence, although he was convicted for killing some seven people. His rampage is the inspiration for Wolf Creek. If you’ve seen all these films, check out the 35 scariest movies of all time next.