13 Under-the-Radar Gems Only Found in the Caribbean

The islands of the Caribbean are beloved for their beautiful beaches, sand, surf, and sunshine, but that's just part of its glory. Here we highlight where else the Caribbean has bragging rights.

Puerto Rican cuisine delights foodies from everywhere, and the island’s quintessential dish is Mofongo. The exotic sounding dish is actually quite rustic; it’s made of fried green plantains seasoned with sofrito, (sauce of tomatoes, onions, peppers, garlic, and herbs) soaked in stock and served with a protein like lobster or pork. Mofongo was influenced by the African slaves who were brought to the island. Don’t miss these beaches with the clearest water in the world.

Only on the tiny island of Caye Caulker will you find The Blue Hole, Belize’s famous underwater sinkhole that’s more than 1,000 feet across and 450 feet deep. It’s a trek to get there, but it’s worth it to dive the reef and view bull sharks, nurse sharks, and giant grouper along with stalactite and stalagmite formations.

Trinidad is known for its carnival, but the Green Market in Santa Cruz is really special, too. Situated on ¾ acre in the historic San Antonio Estate, the market is part of a five-acre working farm and was designed with low-impact architecture to blend into the natural landscape. The market not only encourages entrepreneurship for farmers and artists, and it’s a community hub, where family, friends, and neighbors can catch up with one another and relax in an environment lush with greenery. Shoppers can find the finest produce, specialty food items, arts and crafts, flowers, plants, and more.

This terrain is not for rookies: It’s six hours round trip by foot over tough terrain to get to the Boiling Lake. But it’s worth the sweat to experience the rainforest. Along the way expect to hear and see birds and rare, tropical animals. You’ll pass the Valley of Desolation, which showcases hot steam of many hues, sulfur deposits, hot boiling mud, mini-geysers and fumaroles, montane forest and elfin woodland. Boiling Lake is the world’s largest boiling lake, it appears like a cauldron of bubbling grayish-blue water that is usually enveloped in a cloud of vapor. It is 200 feet and no one knows how deep it is. (Swimming is not recommended.) This is the most spectacular trail in Dominica, and it is only for the experienced hiker accompanied by a local guide. You’ll also want to check out these gorgeous photos of naturally pink lakes around the world.

Don’t be surprised if someone tells you that you look ten years younger after you’ve bathed yourself in these mineral waters locals swear is magical and medicinal. Paint your face and body with the mud, then soak off in the hot baths. The experience is said to reduce stress, detox the body, and help with skin conditions. The baths are in St. Lucia’s largest botanical gardens. Soufriere is one the destinations you should add to your beauty bucket list.

Eforea Spas are known around the world for their luxury and high-touch service and the Eforea spa at the Hilton Barbados is the only one in the Caribbean. It boasts another first you’ll want to experience for yourself: It is the only spa in the Caribbean that offers a quartz sand bed, a massage bed with heated sand. This treatment is ideal for those feeling anxious, dehydrated, fatigued, or jet lagged. The service incorporates “psammotherapy,” an ancient Greek concept which uses warm sand to alleviate pain and fight fatigue and anxiety. Tell your therapist how much heat you prefer and let the quartz work its magic.

Take a guided tour at Monkeyland and get up close and very, very personal with squirrel monkeys as you get a chance to feed and play with them. The tour also includes a trek through the botanical garden and a visit to a coffee and cocoa plantation.

Take a 90-minute guided walk back in time to when the fossils formed millions of years ago. More than 100 caves are in the tropical forest and for the last two years, three have been open for visitors. The crystals were formed by single drops of water and morphed into the formations over thousands of years. Expect to be wowed by tropical plants and animal life, but perhaps not so thrilled with the bats. It holds its own with some of the most beautiful sea caves around the world.

Reggae legend Bob Marley’s former home is a walk down music history lane and is a Jamaican Heritage Site. A guide will take you through the original rooms that have been preserved as the music legend left them. There are also displays, including a life-size 3-dimensional hologram of Marley from the One Love Peace Concert in 1978, his Grammy Lifetime Achievement award, his personal recording studio, and much more that will give you a glimpse into the heart and mind of the master musician.

“The Animal Flower Cave in Barbados is my favorite spot because of how quiet, peaceful, and beautiful it is. Unlike many beaches, it’s not crowded with tourists, so can really appreciate and enjoy everything it offers,” says Paula Dixon, who writes the CurlyHairAdventures blog. “Above the cave, you can watch and listen to the water crashing into the rocks. While inside, you can swim in the pools created by mother nature and listen to the water coming inside of the cave through a couple of openings. It is truly a unique experience that is not your typical swim at the beach,” she says.

You can’t go wrong with great music and awesome scenery, and you’ll get both at the Caribbean Sea Jazz Festival, an annual event in September. The weekend-long bash draws some 8,000 local and international visitors to enjoy top quality jazz acts, combos, bands, theater, arts and fantastic food.

Nobody is quite sure how Junkanoo, a celebration on Boxing Day and New Year’s Day, started, but one thing’s for sure, it’s party time! You might hear that it originated with John Canoe, a West African Prince who bested the English and became the big man on campus so to speak in the early 1700s. Then there’s the tale that it comes from the French. It’s also thought to have developed from the days of slavery. Wherever it came from Bahamians love Junkanoo, with its colorful masks and costumes, stilt walkers and all manner of revelry is three days of sheer fun. Masses of people, singing, dancing, drums, cowbells, whistles, horns, parading through downtown Nassau. You definitely want to put this on your list of must-go-to festivals. 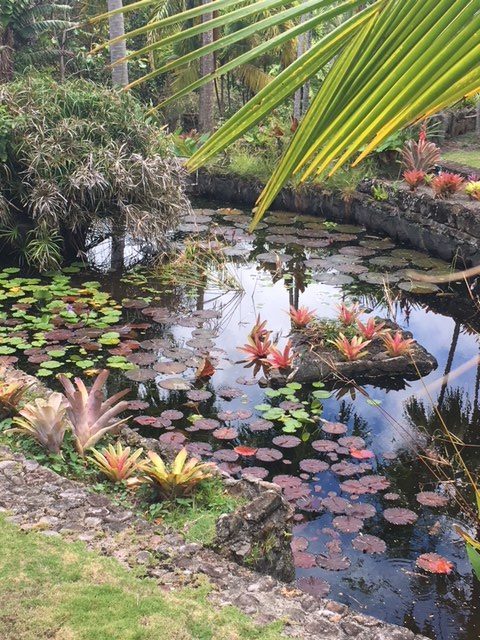 The Botanical Gardens of Nevis, on the Montpelier Estate overlooking Mount Nevis and the ocean, are a marvel. There are five-acre gardens with tropical plants from around the world, dolphin and monkey fountains, cascades, water lilies, over 100 species of palm, orchids, roses, fruit trees, and more. Don’t miss the parrots in the Rainforest Conservatory that whistle and say Hello. Hungry? Head upstairs to The Oasis Bar and Restaurant for a spectacular view of the island and authentic Thai food.

The Caribbean is definitely on our list of summer vacation packages worth the money.