Vanna White Shares the Most Memorable Moments on “Wheel of Fortune”

She's truly the game show hostess with the mostest.

Wheel of Fortune has evolved over the years (remember when contestants had to “shop” with their prize money?) but two central mainstays keep the gameshow anchored—puzzle board maven Vanna White and host Pat Sajak, who’ve been with the show since 1982. “I love the fact that we have 150 staff and crew who work to put on the show,” says White, who loves her job as much today as she did at the start. “It’s very heartwarming to come to work. You feel like it’s your home away from home and you’re surrounded by your family.” Here’s how you can get on a game show.

Wheel‘s Culver City, California set isn’t the only place that feels like home for White. She was recently named godmother of the brand new Carnival Panorama, a Vista-class cruise ship. The newly blessed relationship is a pretty perfect fit, as both White and Carnival share support for St. Jude Children’s Research Hospital. “I think being a godmother to a ship means that person is giving the ship good luck,” says White. “I’m watching out for 1,500 crew members they have onboard and sending them good luck. The minute I walked onto the ship, I felt so protective of it.”

Being named the godmother of a cruise ship isn’t the only inaugural experience for White in 2019. For the first time in her history with Wheel of Fortune, the 62-year-old was asked to fill-in for her costar Sajak, who was about to undergo emergency surgery. “I was really nervous,” she admits. “Our executive producer came to me and said, ‘How would you feel about hosting the show?’ I didn’t have time to say no. I said yes, not knowing what that entailed. Really, after 37 years of being at the puzzle board. I’ve never really paid attention to how Pat runs the show.” You have to read these hilarious game show answers from real contestants.

White describes the experience of stepping into the hosting role as “going from first baseman to pitcher of the game, but you’re not sure you’re not sure how to pitch.” Needless to say, there were a couple of bumps within those first few hours of filming but South Carolina native says everything happened organically. “I looked at the wrong flipper on the on the wheel,” she recalls. “I thought, ‘It has to be the one closest to me.’ So I messed up and I said, ‘Oh, you hit bankrupt. Oh, wait, no, you didn’t!'” See if you can find the missing words in these puzzles—less than 60 percent of people can. 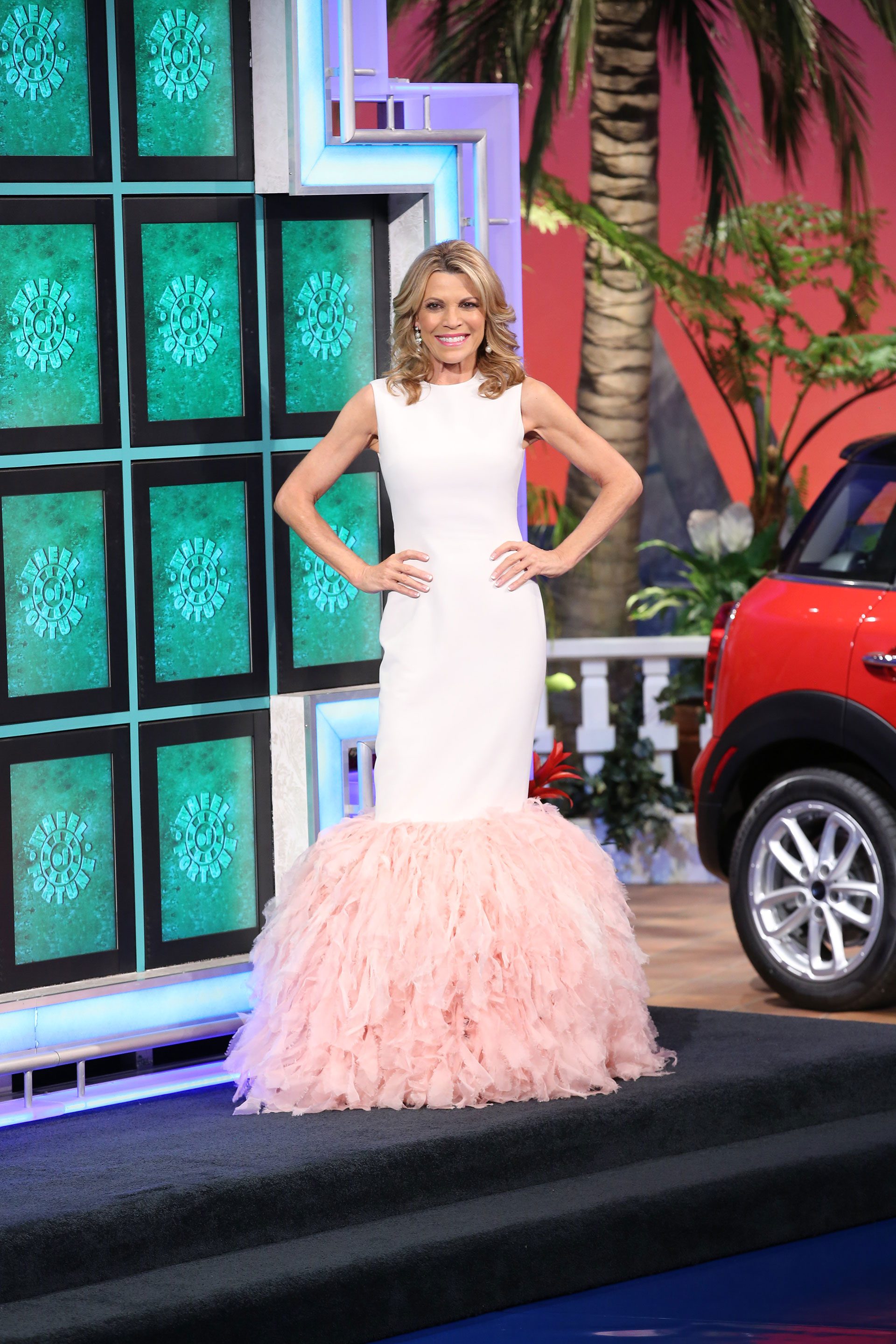 After working on the show for more than three decades, White has had her fair share of bloopers, but nothing that she finds terribly embarassing. She does recall a funny moment that happened during one of Wheel’s holiday episodes a few years ago. “I had a long gown on and the set was decorated with gifts,” she recalls. “One of the gifts somehow attached itself to the bottom of my gown. You saw me going back and forth across the board with this wrapped present following me. I didn’t even realize it was there, which made it funnier.” These are some of the most unforgettable game show contestants ever. 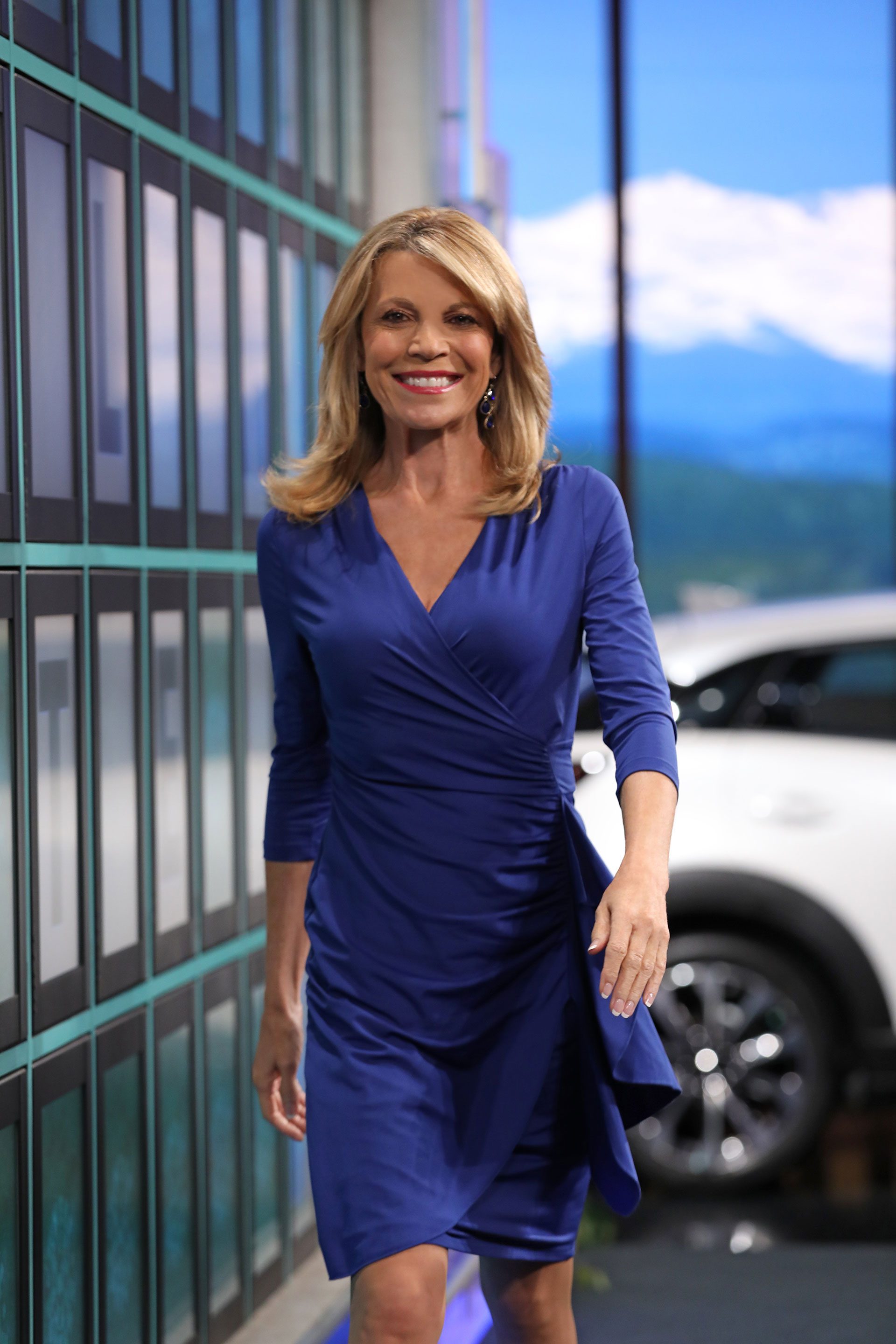 White’s glitzy gowns, dresses, and jumpsuits are her Wheel of Fortune signature, but they can lend themselves to funny moments, too. “One time we had a big meal in between the six shows that we taped,” she shares. “I had a very tight pantsuit on that had a built-in belt that literally just popped off in the middle of the show.” Find out what happens to all of Vanna White’s fabulous dresses on the show. 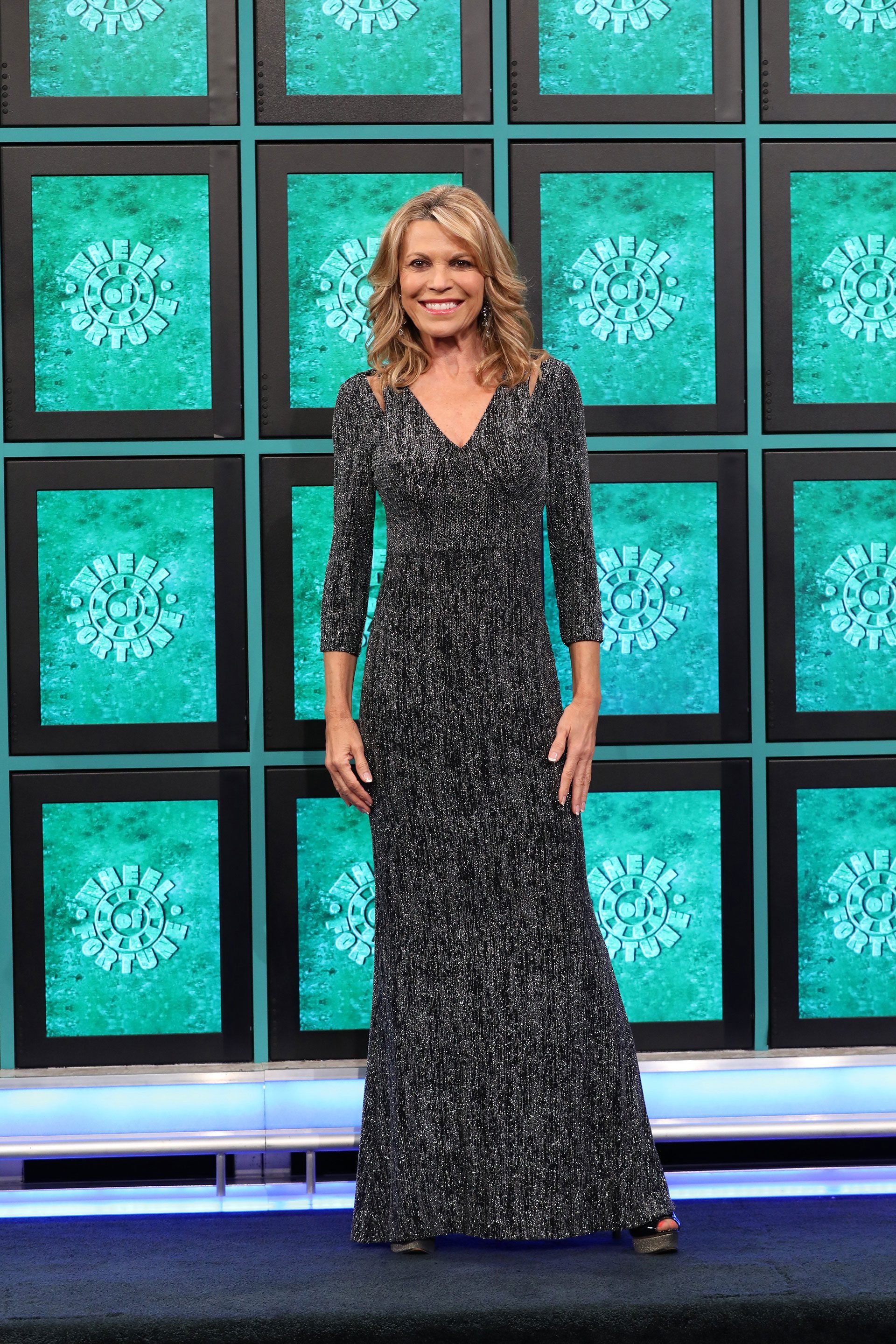 The long and the short of it

Speaking of those glam ensembles, White does have her preferences when it comes to long versus short dresses and her choice is purely practical. “I prefer wearing the shorter dresses because in those long dresses, they are absolutely beautiful and I feel like a queen or a Barbie doll when I wear them,” she explains. “But I’m always afraid of tripping because I also have 5-inch heels underneath that long dress. I’m always concerned when I’m walking.” Check out these 15 annoying fashion problems every woman will understand.

Of course, some of the funniest Wheel of Fortune moments for viewers are when contestants slip up with one of their answers. White says she feels for them when that happens, even if you can’t help but laugh. “In one instance the answer was ‘styrofoam cup,’ but the guy said ‘styrofoam hat,'” she recalls. “You feel bad but sometimes you laugh.” Check out our all-time favorite grammar jokes. 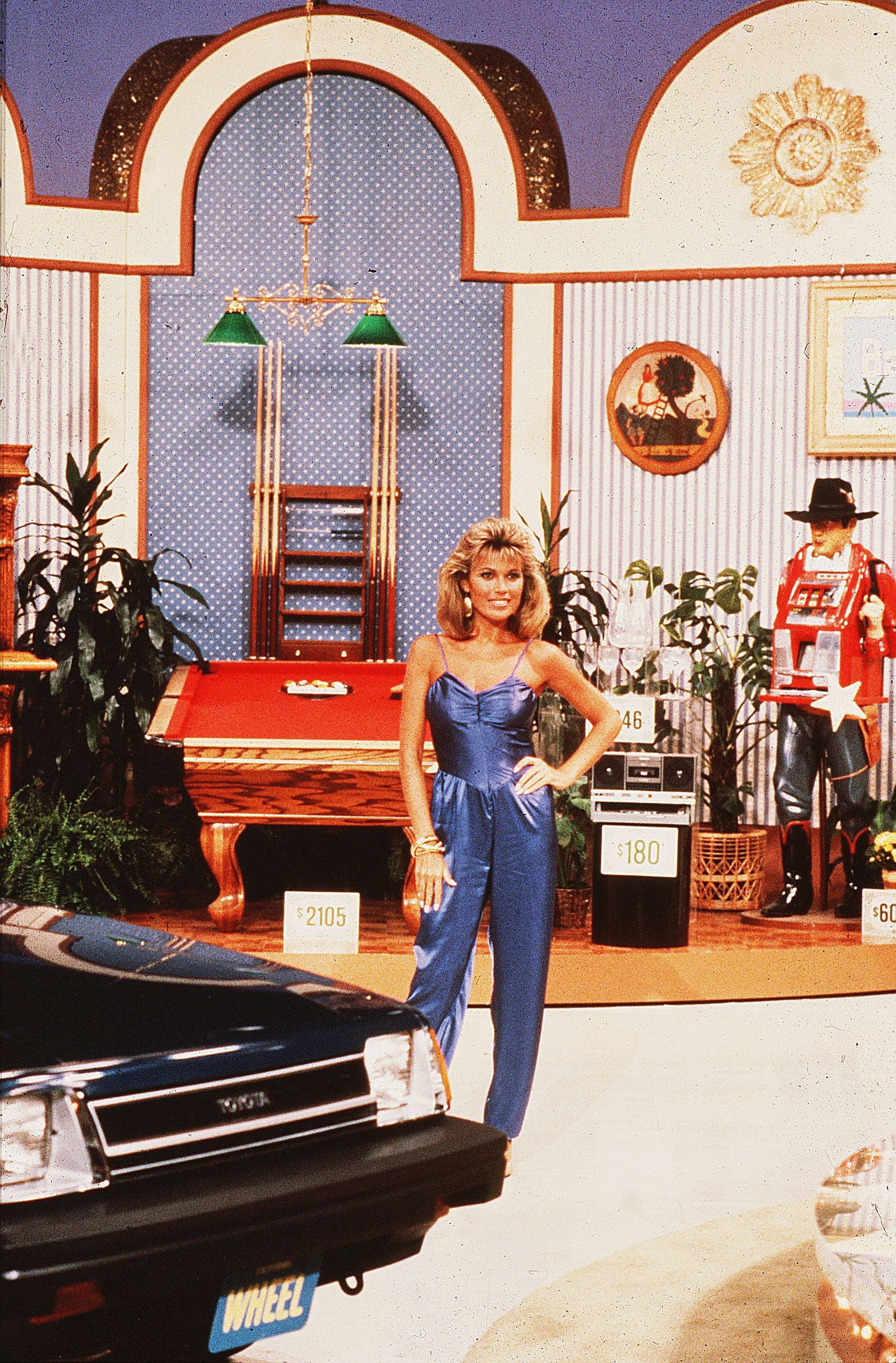 Aside from the silly stuff, White really appreciates the show’s more endearing moments. After all, some contestants walk away with life-changing money and prizes. “We had a guy who won a brand new car and he turned to Pat and said, ‘I don’t have to take the bus anymore!” she says. “That was so touching.” These other folks had their lives changed forever after winning a contest.

Get out of town

When they aren’t filming on the Sony lot, Wheel of Fortune has had the opportunity to pack up the puzzle board and wheel and hit the road, taking the show to cities across the country. White, who admits her favorite location to film is Hawaii because they shoot outside, says that traveling with the show really changes the energy of production. “At home we have about 250 people in our audience,” she says. “On the road it can be thousands of people. Just the sound coming from thousands of people is huge.” We’re betting her second favorite is Disney World which Wheel recently partnered with for its Secret Santa weeks (shown here), because who doesn’t like hanging out with Mickey and Minnie? Hey, maybe their next stop can be the Carnival Panorama. We think the ship’s godmother would approve. Next, read up on these little-known game facts and trivia.