13 Weirdest Things People Have Ever Tried to Return

Weirdly enough, some even got refunds. 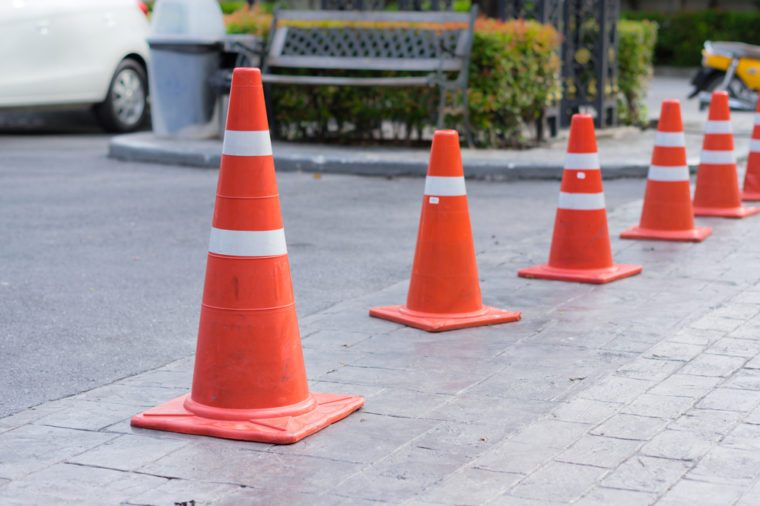 This one’s too small

“A parking lot management company ordered 500 of our Safety Cone Stress Balls (approx. 3.25” tall) thinking they were REAL safety cones. Needless to say, when the order arrived, they definitely couldn’t put those out on the street and expect to keep anyone safe. The company was livid, demanding to get their money back. I guess our cute little stress toys weren’t doing their job and keeping them stress-free. Quality Logo Products later accepted this return because clearly there was a huge misunderstanding. It was way easier to bite the bullet than be possibly ambushed by Safety Cone Stress Balls outside of our office!” —Bret Bonnet, co-founder and president of Quality Logo Products 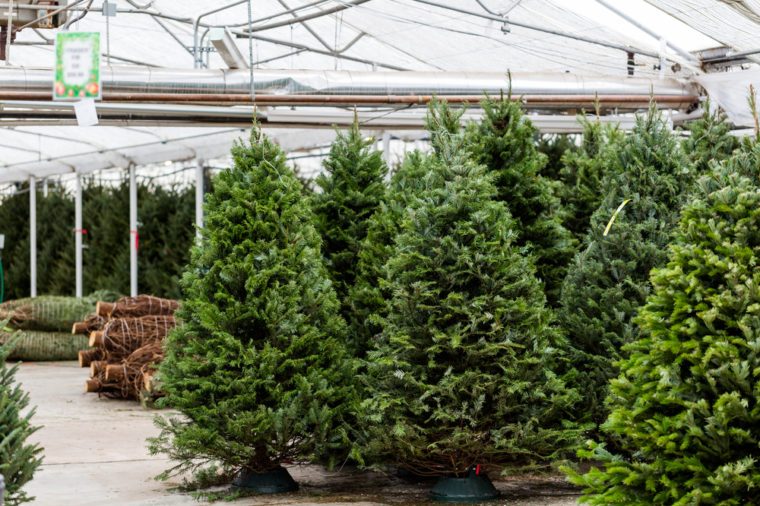 “[A] woman [is] in line at Costco, totally nonchalant, to return her Christmas Tree ‘because it is dead’ on January 4th. … She did get a refund.” — Costco shopper Scott Bentley via Facebook post. If you can return your Christmas tree, there’s a good bet Costco employees won’t tell you these 15 other secrets. 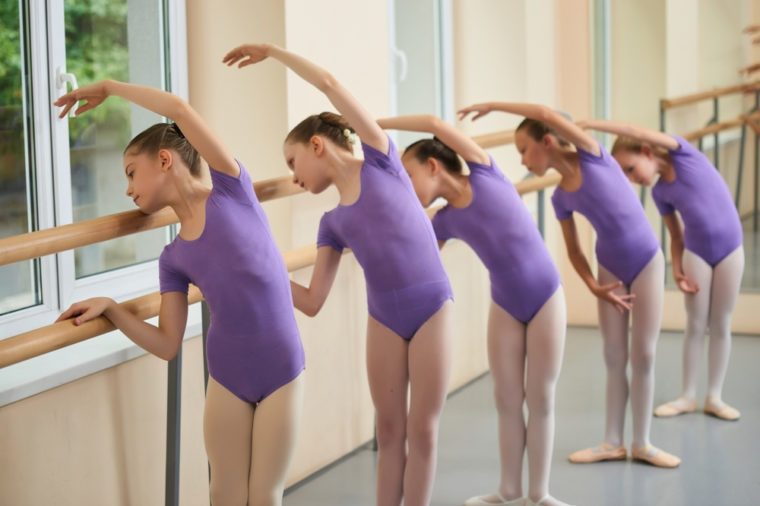 “A parent brought in a worn, clearly washed child’s leotard. Think of all the hygiene notices you see on swimsuits—the same applies here. Yuck!” —Jennifer Porter, president of Satsuma Designs kids shop. Clearly, this person knew how to get a refund on almost anything. 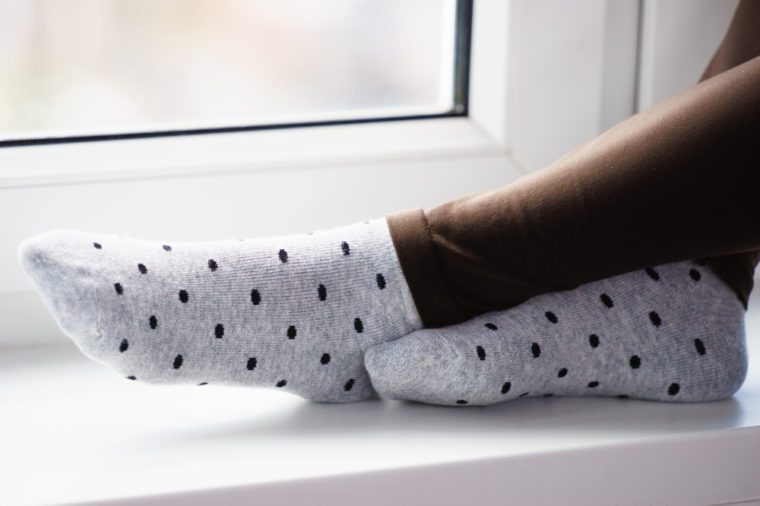 “We’ve had a few hilarious instances where our customers sent back an exchange [to our flip-flop company] and included a new Columbia windbreaker—with the tags still on it. Or, a gentleman accidentally included a brand new pair of socks from Nordstrom. In both instances, we sent back on our dime.” —Lila Stewart, co-founder of flip-flop brand Hari Mari 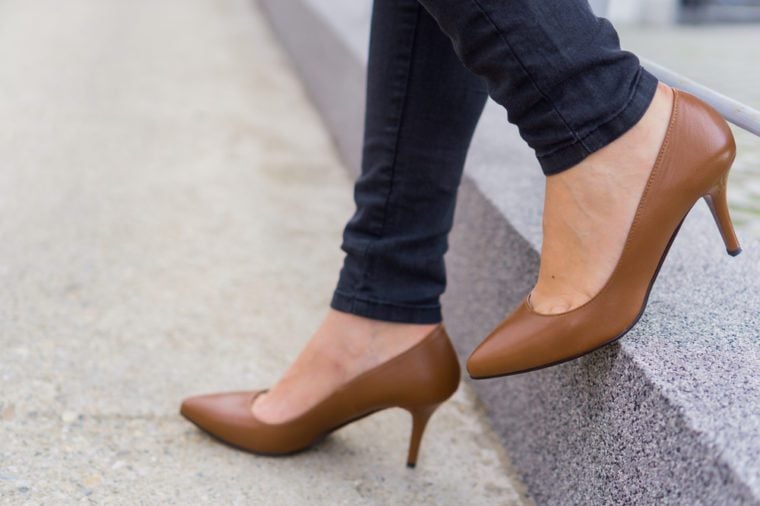 What the cat dragged in

“A lady wanted to return a pair of black pants that ‘had been in her trunk for 30 days.’ The pants were covered with white cat hair, had no tags and were definitely worn and used. I would not take them back and the woman argued with me. Another assistant store manager was called over and he said the same. In the end, I believe the woman came back the next day, and my store manager accepted the return. I was so mad.” —Robin Stevens, former assistant store manager at Mervyn’s department store 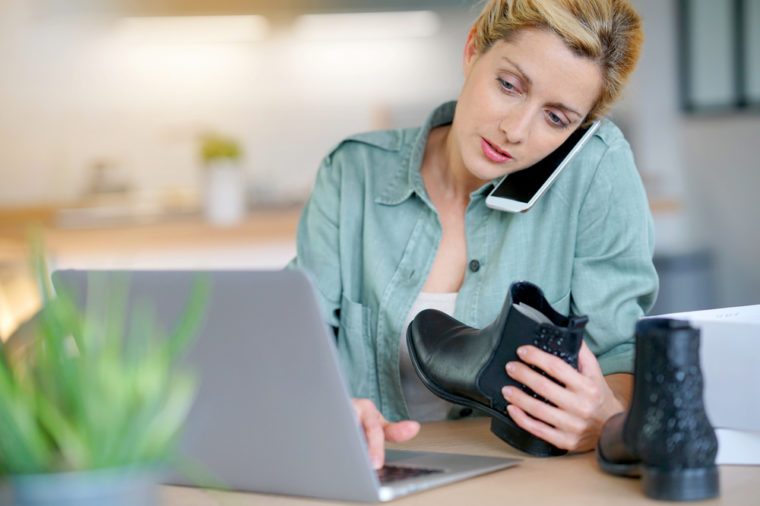 Too much, too late

“We have had customers try and get a refund on a two-year-old product or swap out a 2013 color for a brand-new, hot off the production line collaboration.” — Lila Stewart, co-founder of flip-flop brand Hari Mari. You might be able to swing a return plea like that at these stores that have the best return policies. 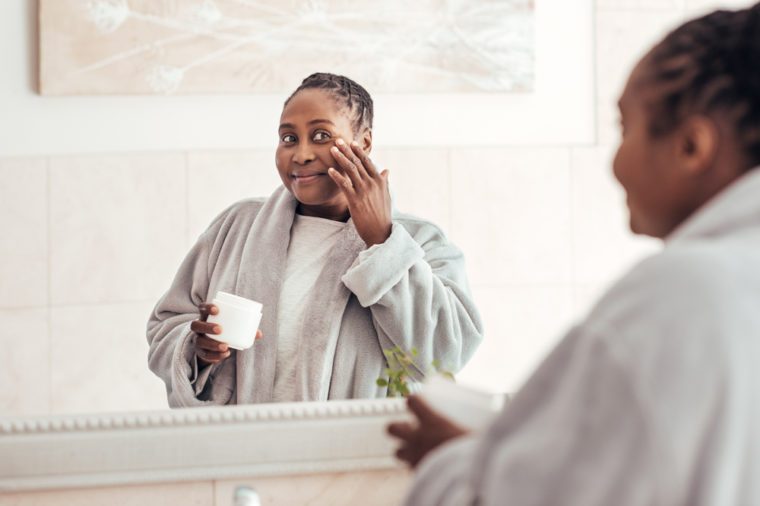 “A customer who had clearly just taken a shower wanted to return the scrub she had purchased that day. Obviously it had just been used, so I was curious why she was returning it. ‘Oh,’ she said. ‘I absolutely love the scrub! But because I couldn’t decide between the Jasmine Honeysuckle and the Lavender, I figured I would buy one and return it, then buy the other.’ She didn’t finish with ‘and return that too,’ so I didn’t say it either. She returned the Lavender instead of exchanging it, then bought the Jasmine Honeysuckle. I just smiled and did what she wanted, hoping she wouldn’t return this one after her next shower. Luckily, she didn’t. The next time she came in, she bought a Lavender. Go figure.” —Roberta Perry, owner of ScrubzBody skincare products. She’s also in on these 32 secrets your salesclerk won’t tell you. 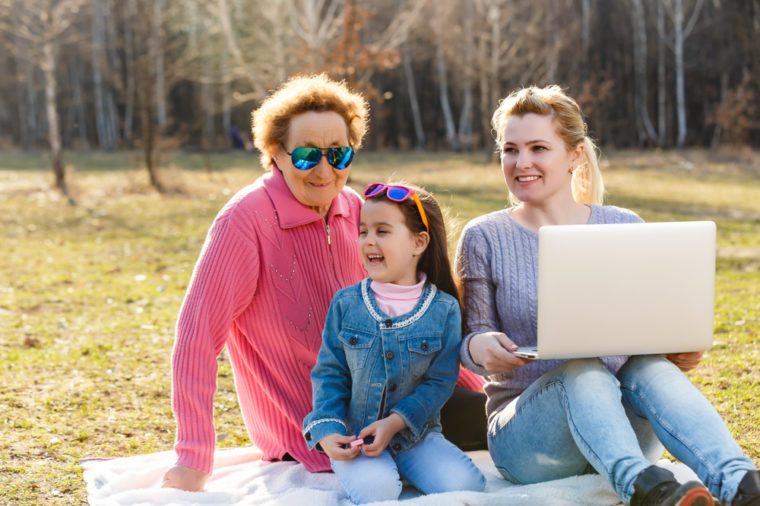 Too much of a good thing

“Both Grandma and Auntie had purchased nearly the same outfit [for one girl]—that made THREE outfits. We laughed and I was happy to accept the return from this sweet dance mom.” — Jennifer Porter, president of Satsuma Designs kids shop. A charitable option would be to donate it to a thrift store, and here are the weirdest items people have ever donated to thrift stores. 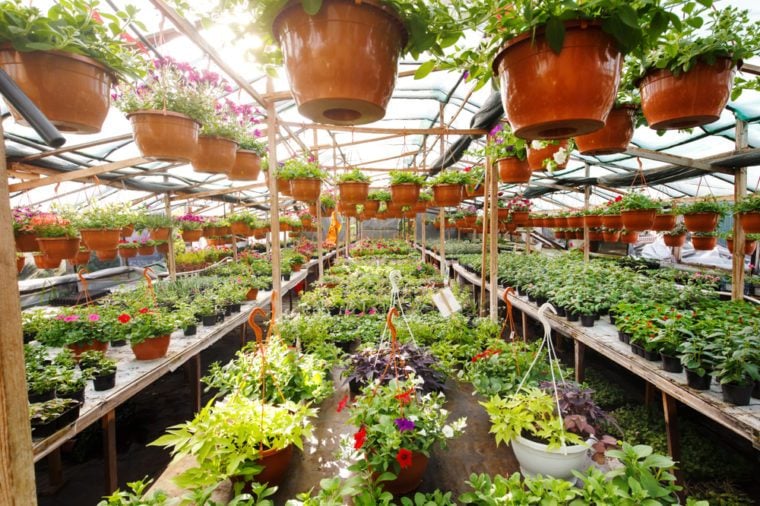 “Usually a few months after the Garden Center closes, people bring back plants that died. Sorry, let me rephrase that … plants they couldn’t take care of properly.” —Costco employee on Reddit. 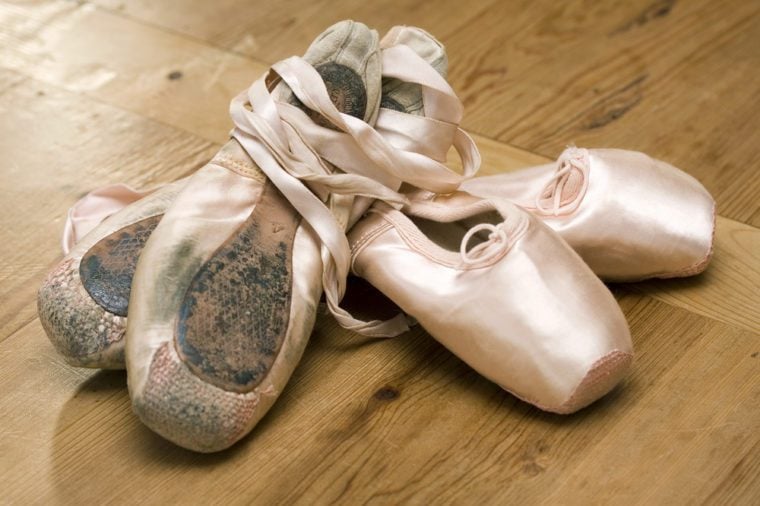 “[A customer brought in] ballet slippers clearly worn for a full class session—three months—and an attempted return for cash. We had to decline.” — Jennifer Porter, president of Satsuma Designs kids shop. Next time, that customer should know ways to get great deals on everything. 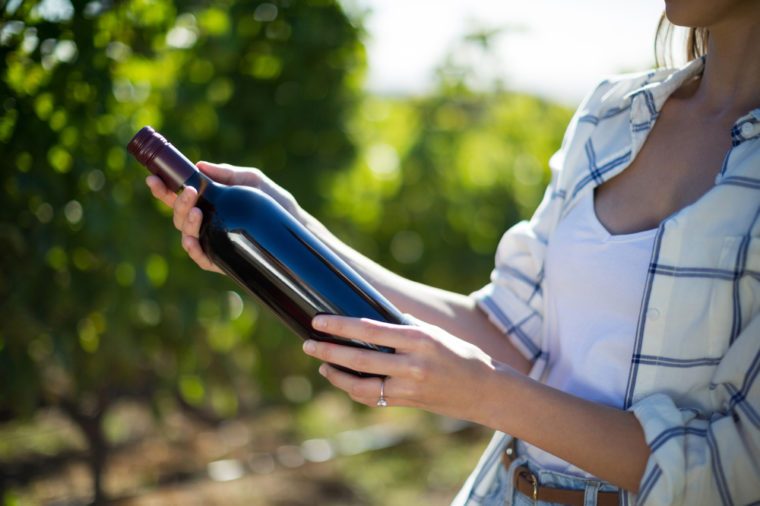 “A lady returned a bottle an empty bottle of wine cause it gave her a headache.” —Costco employee on Reddit. 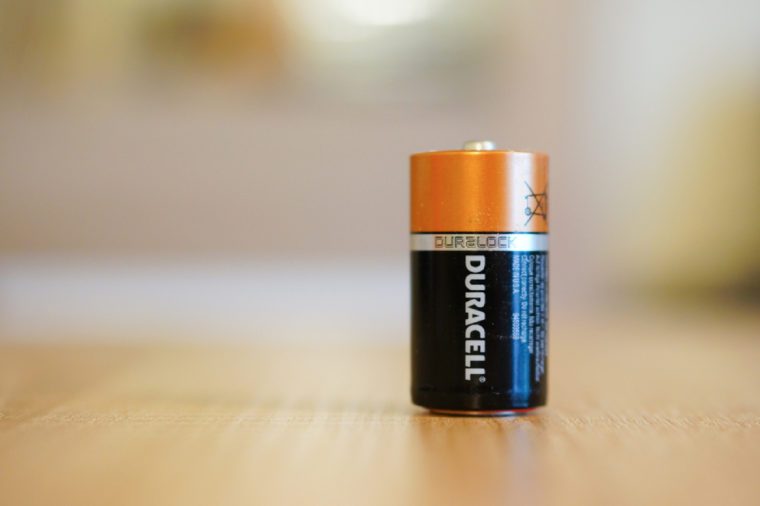 “Back when I managed a Dollar General, I had a gentleman come in and try to return batteries because they ran out of electricity; he had bought them two years prior.” —Fformer Dollar General manager on Reddit 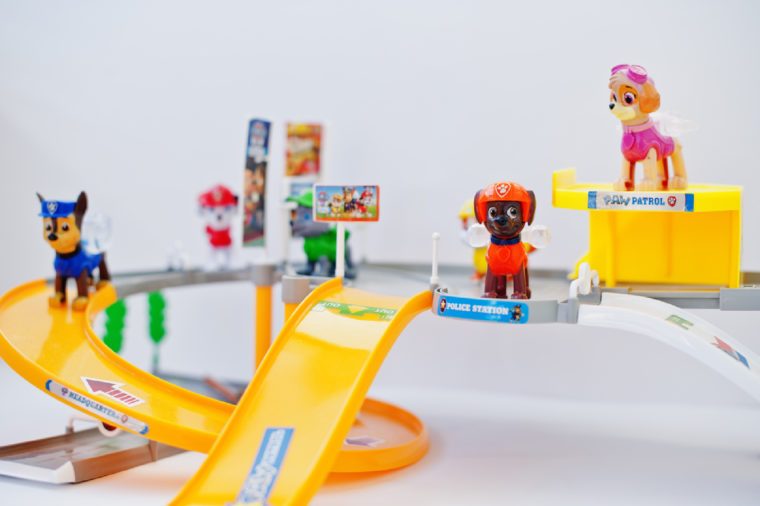 Not right the first time

“Another funny return was the wrong Paw Patrol plush pup. If you’re familiar with the popular cartoon, you’ll know the lovable pups. One pup had to be replaced by another. We were happy to oblige!” —Jennifer Porter, president of Satsuma Designs kids shop. For more obscure returns, here are bizarre things librarians found in returned books.