While some children grow up wanting to be doctors or firefighters, others might want to opt for something a little more unusual. 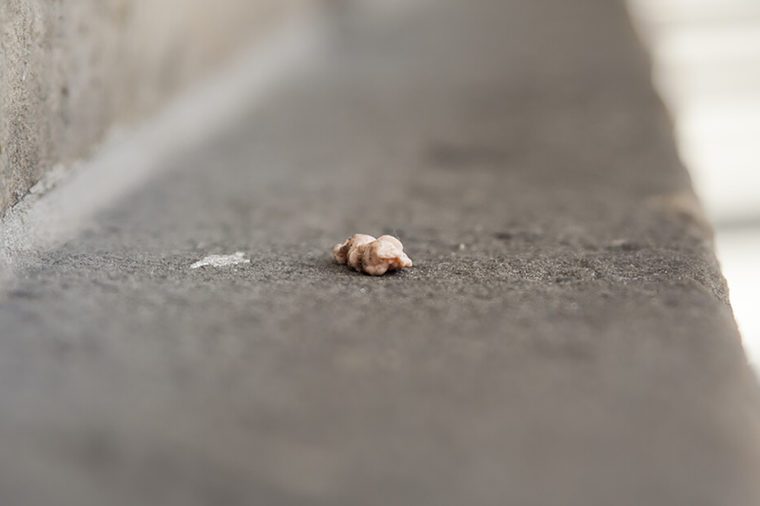 Believe it or not, but Americans chew $3 billion worth of gum a year. While some properly throw it away in a gum wrapper or piece of paper, others regrettably throw it on the street or stick it underneath a chair or table—and someone has to clean up that mess. Enter chewing gum-removal specialists.

Companies like GumBusters are tasked with removing gum from city streets and walls. Instead of using a power washer, GumBusters uses special machines that require less water and “elbow grease” to lift off and dispose of gum. The company can also remove graffiti and clean store awnings. If you’re interested in working for GumBusters, visit their website. And while you’re at it, be sure to check out the surprising benefits of chewing gum. 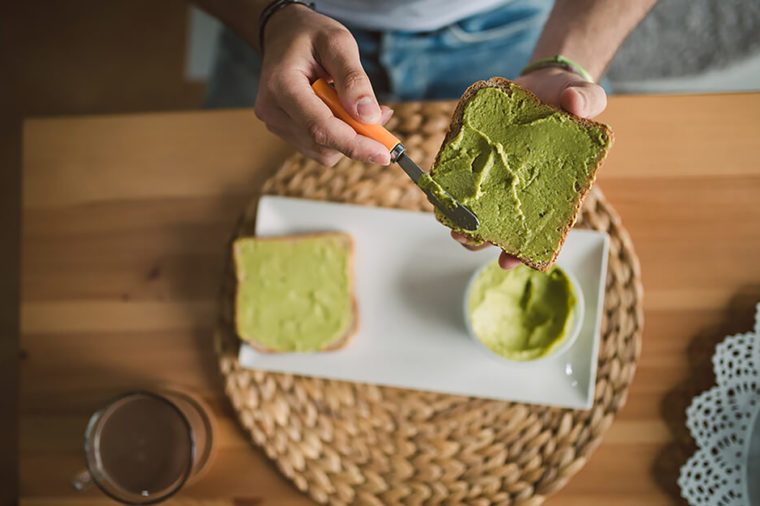 In Sydney, Australia, an avocado pop-up restaurant called Good Fats was looking to hire someone as their “Head of Avo Control” when they first opened. The job entailed taste testing all 20 menu items to ensure quality, testing the ripeness of the kitchen’s avocado supply, and becoming an “avocate” for the pop-up on social media.

Applicants needed at least two years of experience of “smashing avocados on toast,” and have “proven knowledge of how to check avocado ripeness,” according to Good Fats’ website. Sadly, the position doesn’t pay, but it does include eating at the pop-up for free. If you’d like to apply, contact Good Fats directly. Speaking of avocados, don’t miss the avocado-themed restaurants to add to your bucket list. 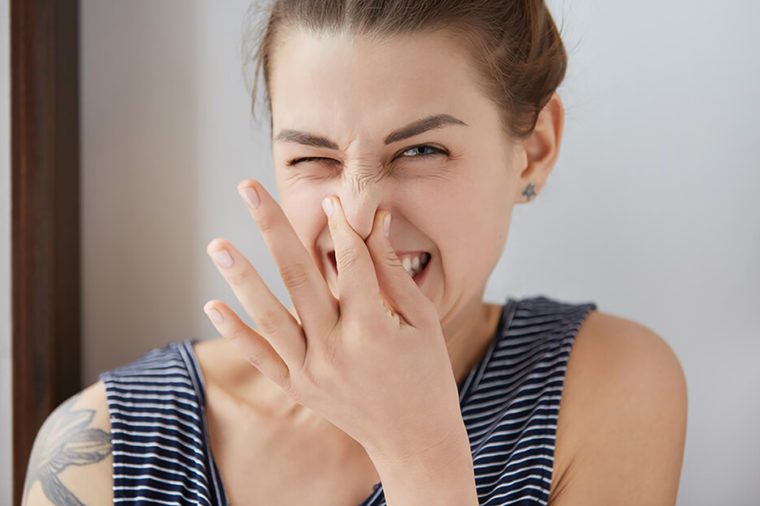 Hygiene companies like Procter & Gamble hire odor judges to see whether or not soaps, shampoos, deodorants, antiperspirants, mouthwashes, feminine hygiene sprays, and body washes are effective on the human body. They judge on a scale from 1 to 10: 1 is heavenly, 10 is carrion.

“It’s amazing how many of these large companies can’t find anybody to sniff an armpit,” Thelma Williams—an odor testers from Hill Top Research—told People.com. “When you’ve rinsed out diapers or cleaned up after a child who is sick, this is nothing.” Find out what the 18 most dangerous jobs around the world are. (No, pro sniffer didn’t make the list.) 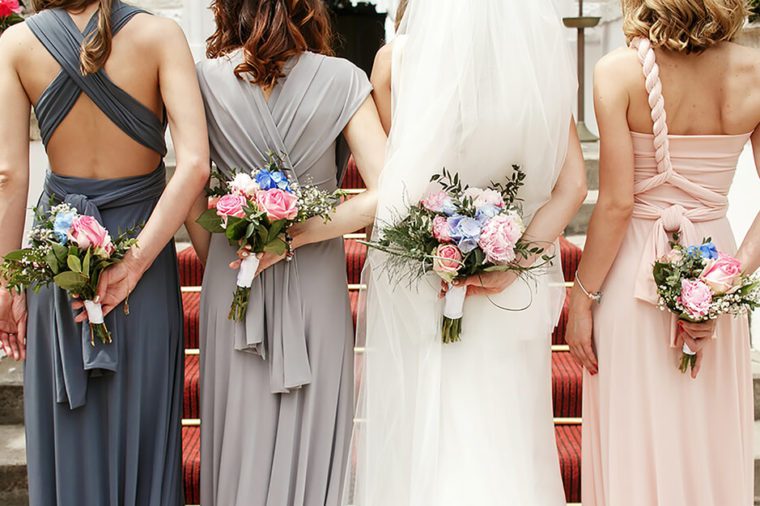 Need a stand-in at the last minute? Or do you just want help with planning your wedding? You can get both with Bridesmaid for Hire, a company that provides brides and their parties with personal assistant-like services. They can even provide an “undercover bridesmaid,” if a bridesmaid comes up ill on your wedding day.

“Essentially I’m there as the bride’s personal assistant and on-call therapist,” Bridesmaid for Hire co-founder Jen Glantz told Business Insider. “I help her manage and execute her personal to-do list of tasks, which can often be over 100 tasks long.” Contact Bridesmaid for Hire for more info.

And keep in mind these etiquette rules for bridesmaids. 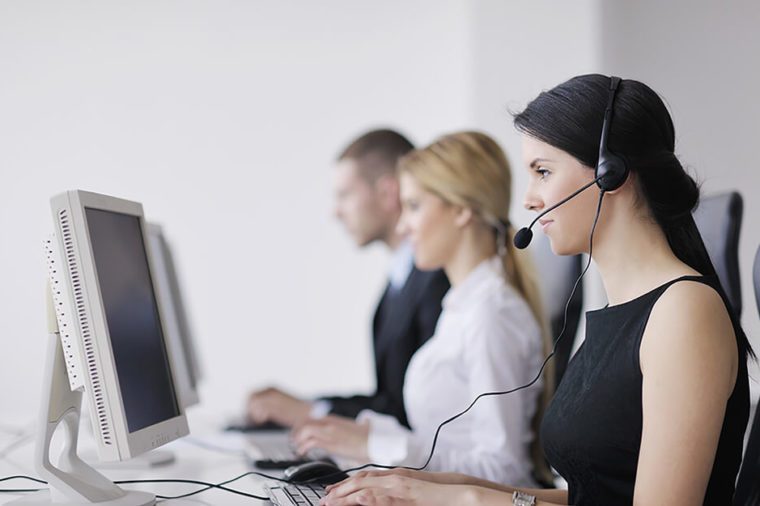 Conveying a sincere apology can be tricky. So hire a professional apologizer, who can smooth things over with just words: In the spirit of good customer service, Southwest Airlines employs professional apologizers to talk to passengers who are undergoing delays or dealing with canceled flights. Their job is to deescalate aggravated passengers and ensure them that the airline is doing its best to get them to their final destination. If you’ve taken a flight in the past year, you know that this is a skill that’s in high demand. Visit Southwest.com to check for openings. And save yourself some grief by using the most reliable airlines. 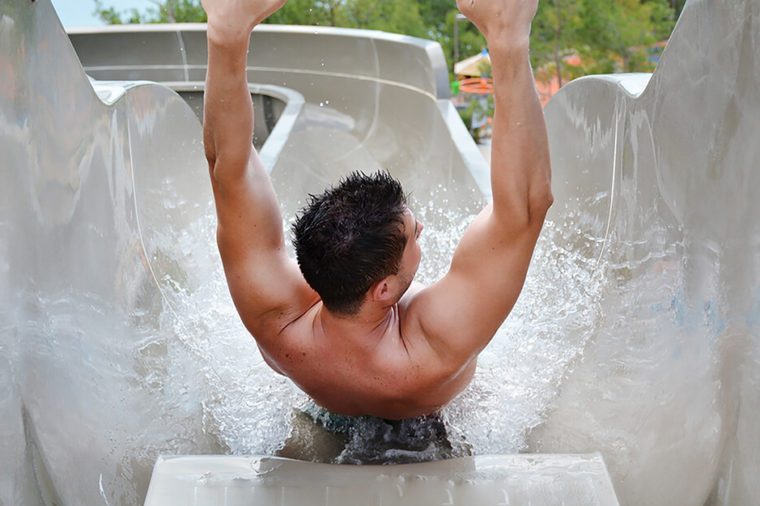 In April 2013, Seb Smith won the coveted job of water slide tester. He beat out over 2,000 applicants for the position. Water slide maker First Choice asks Smith to go to various resorts and water parks around the world to test new water slides for safety—and the fun factor—before the slides open to the public. The job only runs for six months out of the year, but it pays $34,000 annually.

“I’m absolutely over the moon to be chosen as the new slide tester—and can’t wait to get started in my new job,” Smith told the Daily Mail. “I can’t believe I’ll be traveling the world judging slides based on the biggest splash and adrenaline factor.” Here are the amazing family beaches you need to visit this summer. 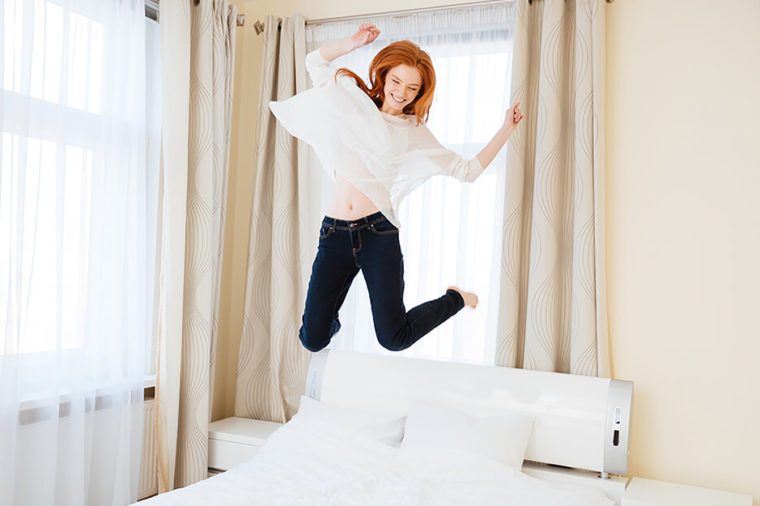 Most kids get scolded for jumping on the bed, but now they have an out: They’re training to become a professional mattress jumper. Mattress companies hire people to jump on newly-made mattresses to check that they’re suitable for sleeping.

“It’s work,” said professional mattress jumper Reuben Reynoso to SFgate.com. “It’s not for everybody. There is a right way and a wrong way to do it.” Mr. Reynoso jumps on at least three mattresses a day to make sure the quality is top-notch. “It just feels good to make [a mattress]. Sleep is so important. Everybody in the world has to do it. I like being a part of that,” he added. Check out the signs it’s time for a new mattress. 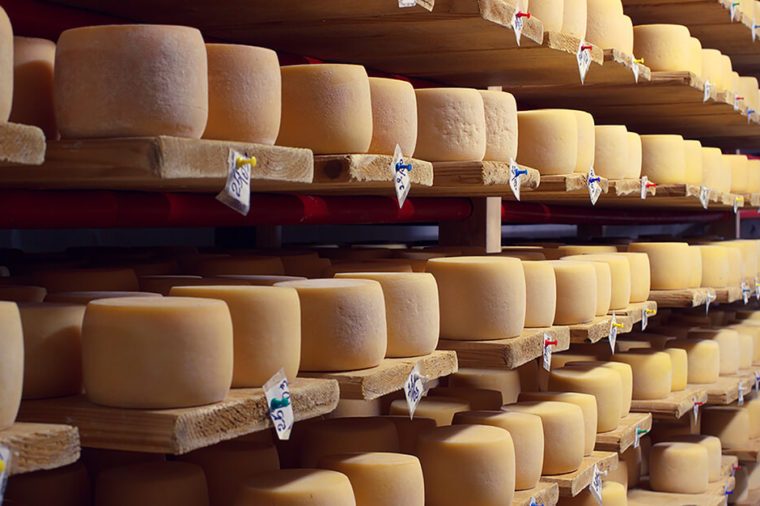 You could tell good quality Parmesan cheese from, not only its taste, but also sound. Professional parmesan cheese listeners strike a rubber acoustic hammer against a cheese wheel to listen for structural defects in the crystallization process. If there are defects, the cheese listener will then take a core sample for tasting. The job requires extensive training and exceptional hearing. And it has health benefits: Eating cheese every day is actually good for you. 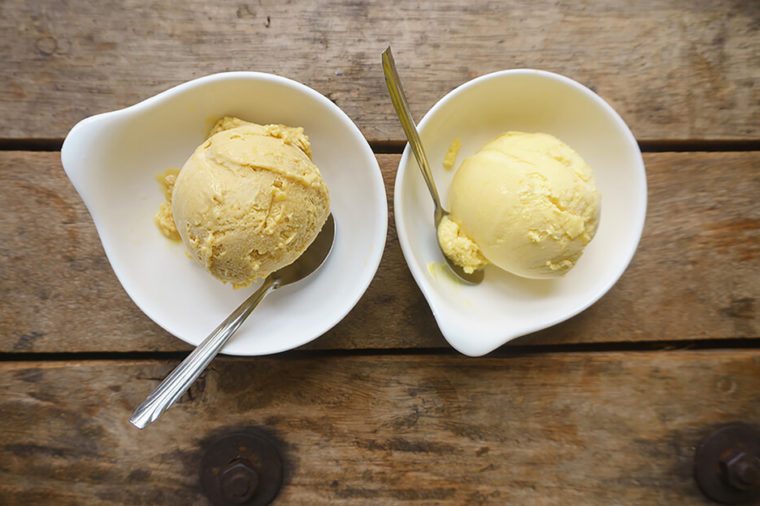 Until 2010, John Harrison was the official taste tester for Dreyer’s Ice Cream, and he sampled 60 different ice cream flavors a day, looking for consistency, balance, and of course, flavor. According to World magazine, “His taste buds are so fine-tuned he can immediately taste the difference between 12 percent and 11.5 percent butterfat in a product.” In fact, he was so valuable to Dreyer’s Ice Cream that his taste buds were insured for $1 million.

One potential hitch for ice cream aficionados: While Harrison tasted tens of thousands of samples during his 30-year career, he spit out the ice cream rather than swallowing it. Still interested in becoming a professional ice cream taster? Start by getting a food and dairy science degree in college, and then check out the best ice cream shops in every state. 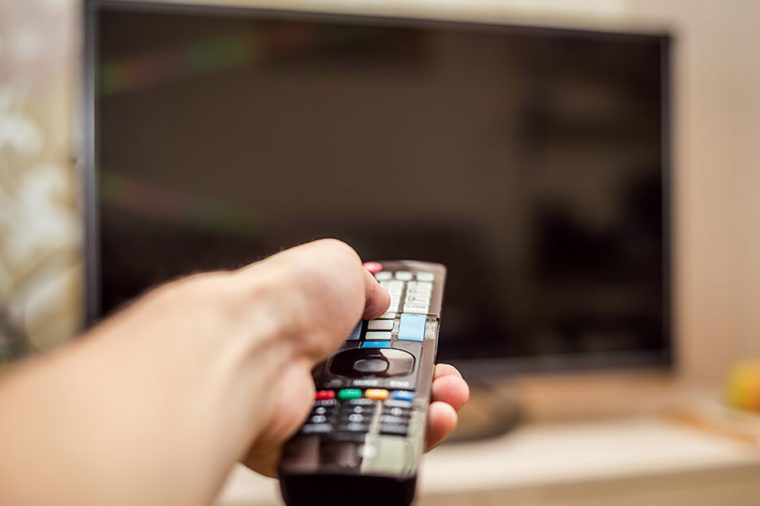 While it might seem like a dream job, a professional TV watcher just doesn’t sit on a couch and watch TV all day. Yes, there’s a lot of watching that goes into this job, but it’s also scanning through hours and hours of many different TV shows looking for clips to be used on the news or other TV shows like The Daily Show or Jimmy Kimmel Live. But still, not a bad gig! By the way, you don’t have to feel guilty for binge-watching TV anymore. 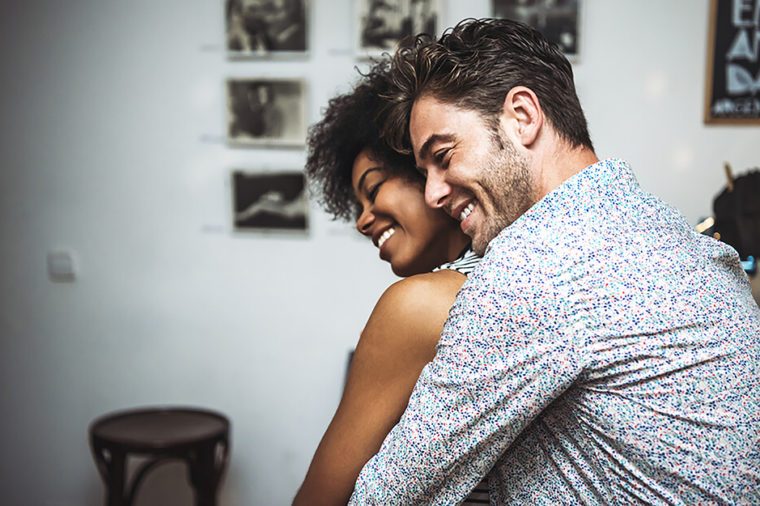 “I call my service a ‘massage for the mind,'” said Cuddle Up To Me owner Samantha Hess to Business Insider. “It’s meant to rejuvenate you and make you feel that openness and happiness in your brain by resetting your system from top to bottom.” Do you want to be a professional cuddler? Reach out to Cuddle Up To Me for more info. 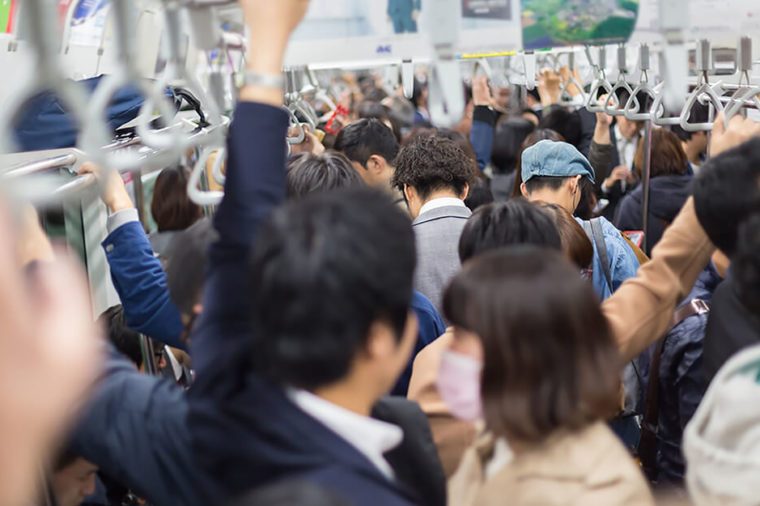 Tokyo is the home of one of the busiest and most efficient rail transportation systems in the world. It’s also the home of over eight million people who mostly take the subway to get to where they are going. During rush hour, the trains are so over-crowded that they need subway pushers, or oshiya, to cram and push as many people as possible into a small space.

“The peak rush hour is really unbelievable. I’ve only been a few times and I’ve really made an effort to avoid it ever since because it is really crowded. It’s like a cattle cart,” Sandra Barron, an American writer living in Japan, told CNN. “It’s just bodies squished as tightly as you can be into a small space. You can see people whose feet aren’t touching the ground sometimes because they are wedged in so tightly.”

Check out how a city transformed its subway cars into a moving library.