23 Weirdest News Stories of the Year

If 2018 has felt like a strange year, you're not wrong. Check out these crazy stories from the past 365 days. 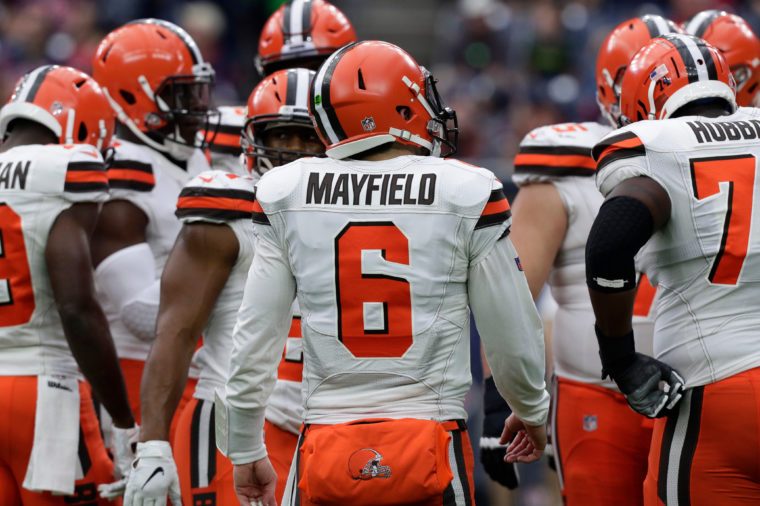 Parades in sports tend to be hosted for the victors, but the Cleveland Browns bucked that tradition when they threw themselves one for being the worst team in football. It was a perfect season—for losses, that is. The team went 0-16 and didn’t get a win until September 2018. 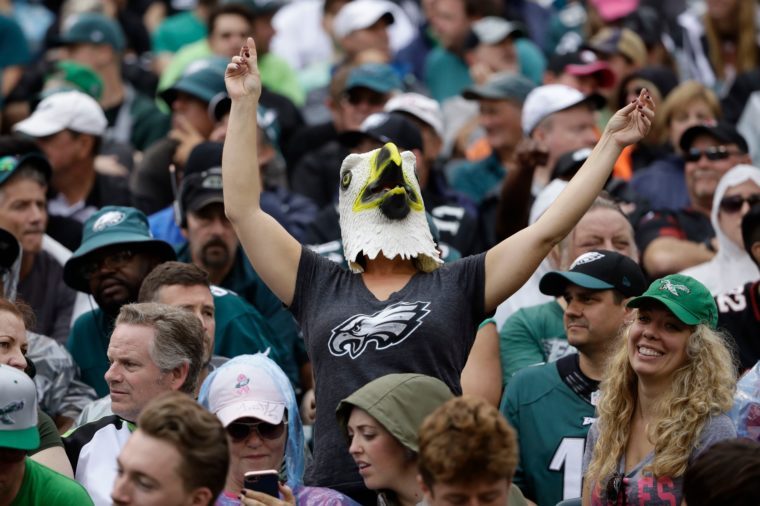 Philly fans take on the browns

This is the other kind of brown: When the Philadelphia Eagles won the Super Bowl, one of their fans decided to celebrate this great win by shoving some horse poop into his mouth. We’re still trying to figure out how that qualifies as a celebration… 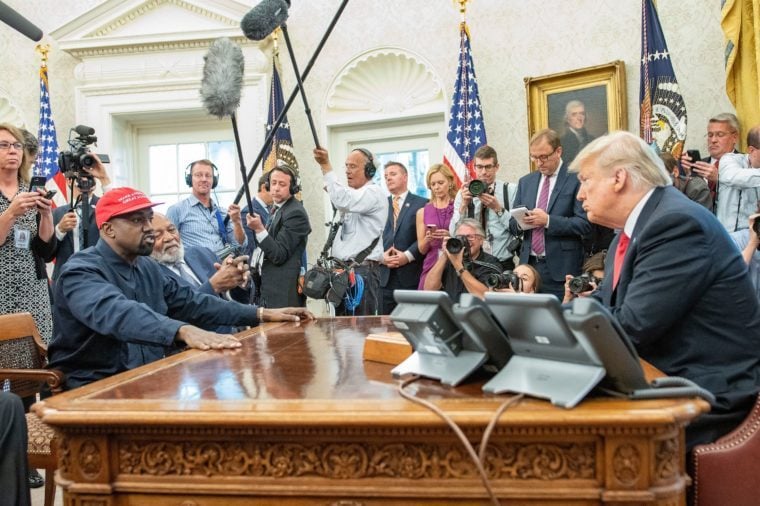 The Oval Office is the most important room in our nation, a meeting place for presidents, political leaders, and esteemed guests from around the world. But in October, rapper Kanye West stopped by to meet with President Trump to tell him what a great job he’s doing. The Oval Office has seen more Hollywood celebrities of late, including West’s wife, Kim Kardashian. 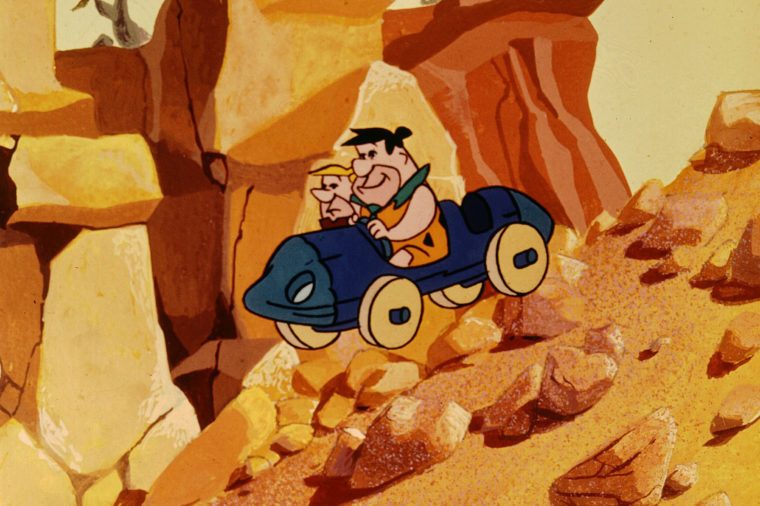 In a brilliant and inspiring prank, a Florida man converted his Smart car into a replica of Fred Flinstone’s prehistoric vehicle, dressed up as Fred, and drove it around town. It wasn’t his bizarre cosplay that got him pulled over, but the fact that he was speeding. He was later arrested when the officer deemed him to be acting in an unruly manner. 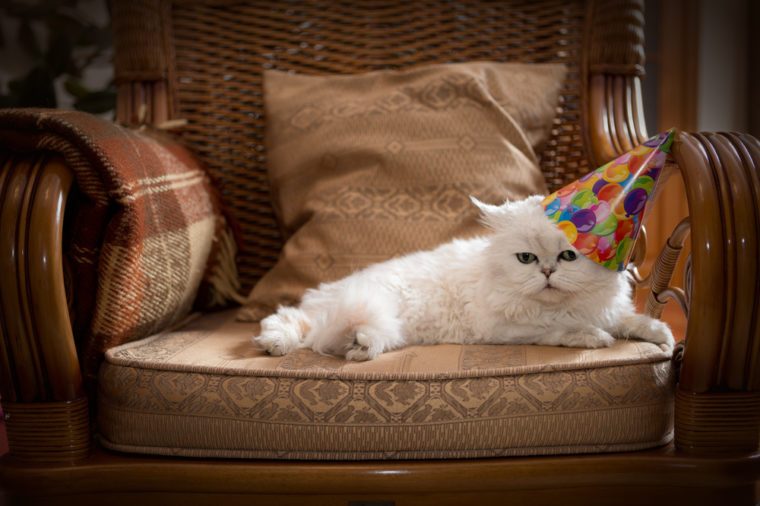 The U.S. Embassy in Australia had a training exercise go hilariously wrong when a faux invitation to a “Cat Pajama-jam” party was accidentally sent out on an email blast by a new staff in training. The embassy had to send a follow-up email rescinding the invitation and apologizing for not hosting what could have been a hilarious party. 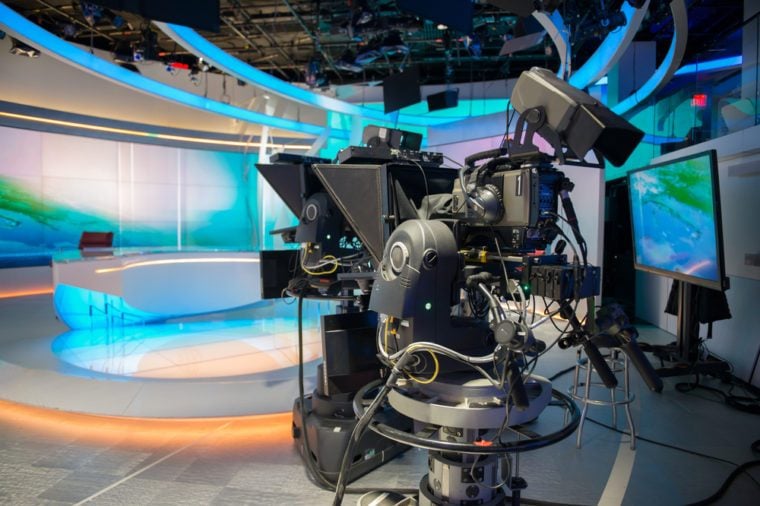 Is it time to welcome our new robot overlords? The field of artificial intelligence has made incredible and, at times, disturbing advances lately—like this development from China: An AI news anchor. Modeled on real Xinhua news anchor, Zhang Zhao, the robot news anchor went live in November. He’s remarkably lifelike. 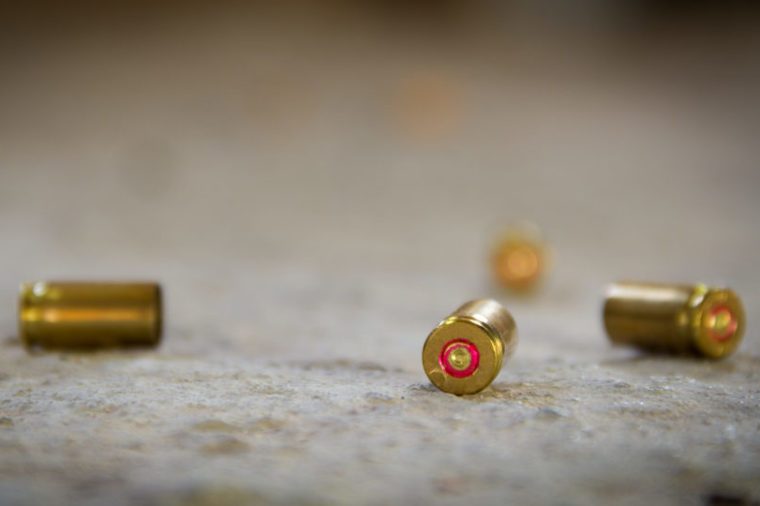 Author of murder charged for murder

If you’ve written an essay titled “How to Murder Your Husband,” it’s probably a bad idea to go ahead and do so. But that’s exactly what Portland, Oregon writer Nancy Crampton-Brophy is accused of doing after her husband was discovered dead from a gunshot wound. 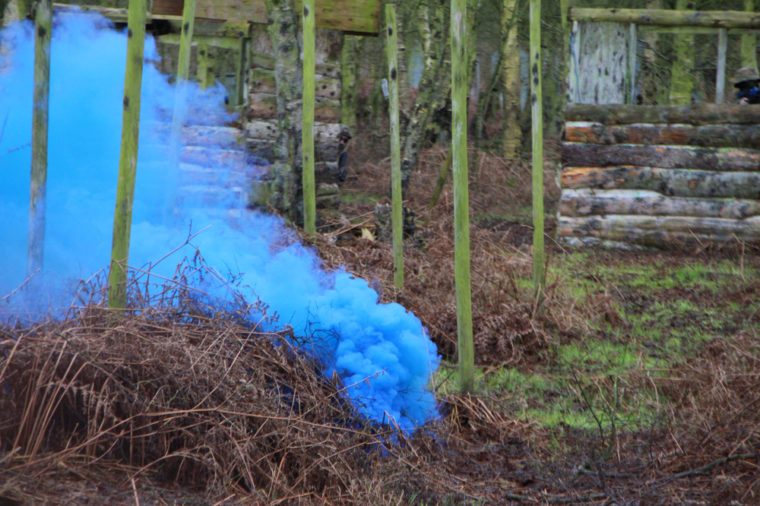 Authorities determined in 2018 that the cause of one Arizona wildfire was a gender reveal party gone wrong: On state land, a soon-to-be father shot a bag filled with blue powdered explosives to indicate he and his wife were expecting a boy. A spark ignited dry grasses nearby, leading to a serious flame. He now owes $8 million in damages. Read this incredible account from a firefighter who had a wildfire burn right over the top of him. 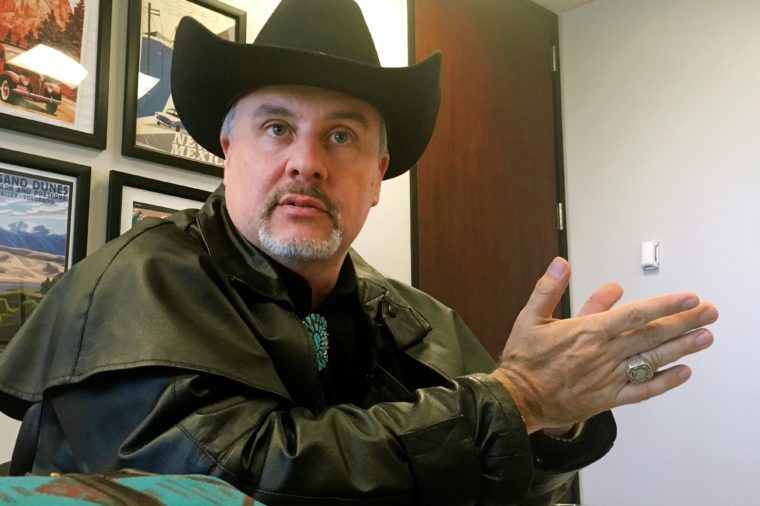 A Washington, D.C. court clerk refused to issue a marriage certificate when the groom presented a New Mexico state ID. The clerk thought that New Mexico was a foreign country—like Mexico—instead of one of the 50 states. New Mexico has been a state for over a century. This clerk may want to read up on 50 astonishing facts about all 50 states. 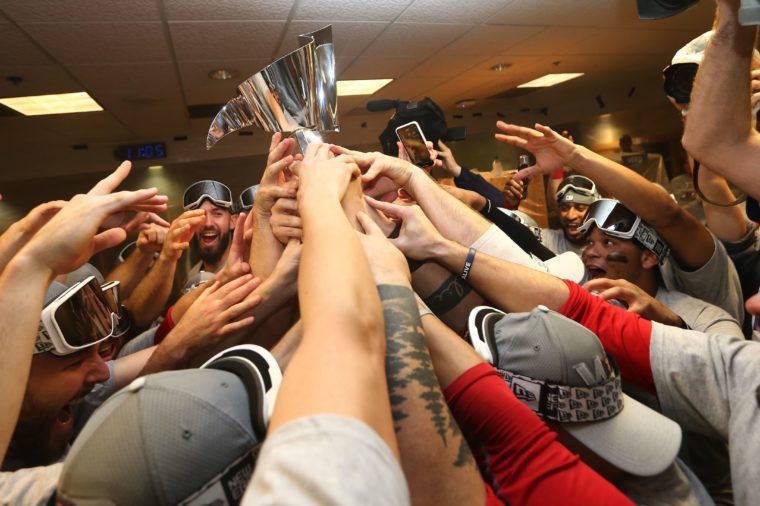 Red Sox rub it in

You’ve heard of sore losers—this qualifies as sore winning: After winning the World Series over the LA Dodgers, the Sox played and sang “New York, New York,” in the locker room. The Sox had beaten the Yanks in the playoffs to get to the Series, but apparently, the players wanted to pour a little more salt into their arch-rival’s wounds. 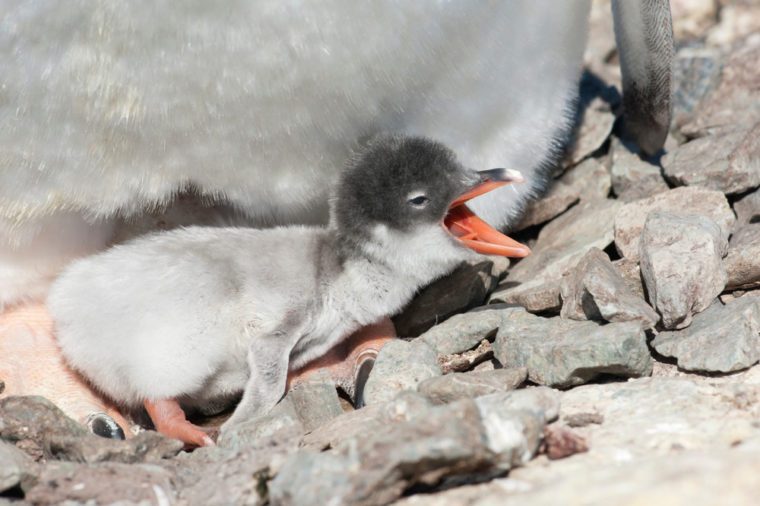 Same-sex relationships don’t just occur in the human world, but in the animal world as well; there are many documented cases of homosexuality in the animal kingdom, reports Yale Scientific. Two male penguins at Sea Life Sydney Aquarium in Australia have not only bonded, but they hatched a fertilized egg and are now raising their baby chick as their own. Read about the 15 most heart-warming acts of kindness in 2018. 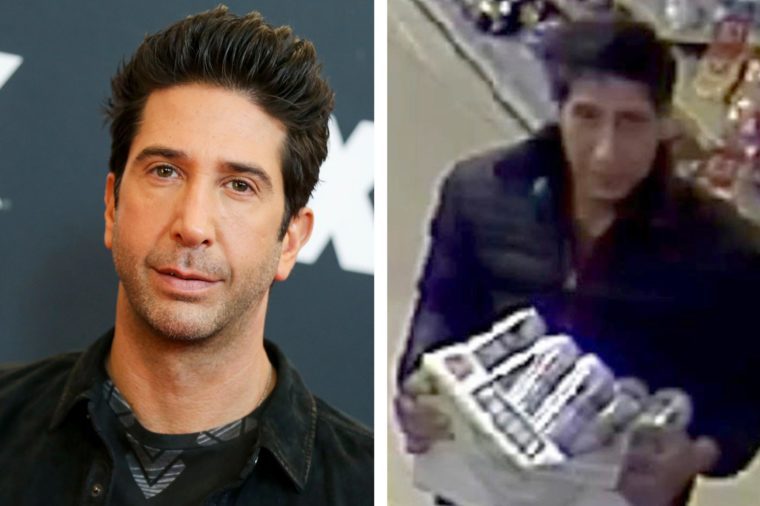 Ross is cleared of theft

A beer thief in England who looks suspiciously like American actor David Schwimmer (who played Ross Geller on Friends) set the Internet ablaze this fall. The suspect resembles Schwimmer so strongly that Schwimmer himself tweeted about his alibi for that date, and the United Kingdom police force officially cleared him as a suspect. 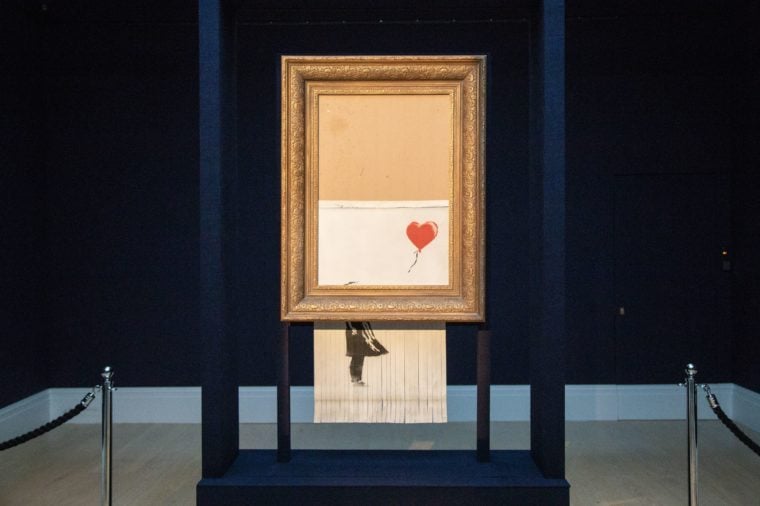 The most Banksy thing the street artist Banksy has ever done occurred at an auction in London this October. After one of his signature pieces was purchased for $1.4 million, the painting shredded itself—Banksy had hidden a shredder in the painting’s frame. Whatever the mysterious artist’s intentions were, the painting—which only shredded halfway—is now estimated to have doubled in value, reports the Evening Standard. 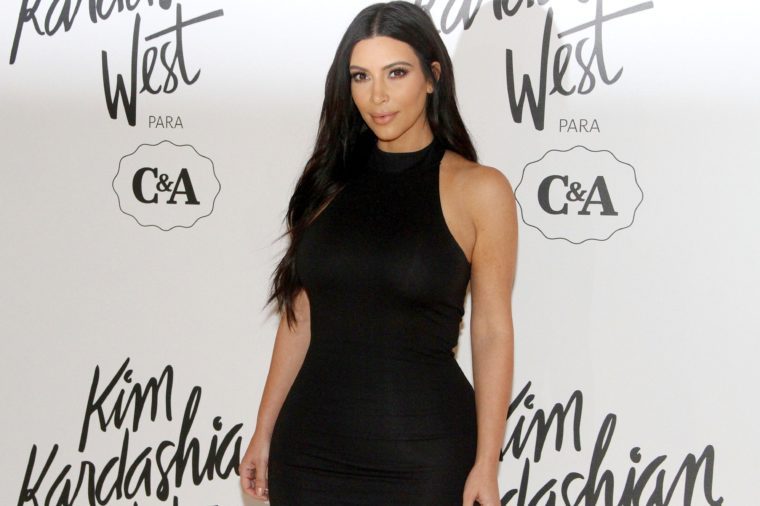 With the wildfires across California taking dozens of lives and hundreds of homes, celebrity Kim Kardashian and her husband Kanye West decided to hire private firefighters to defend their pricey abode. Kardashian told Ellen DeGeneres on her talk show why she made this move. Who knew that was even an option? 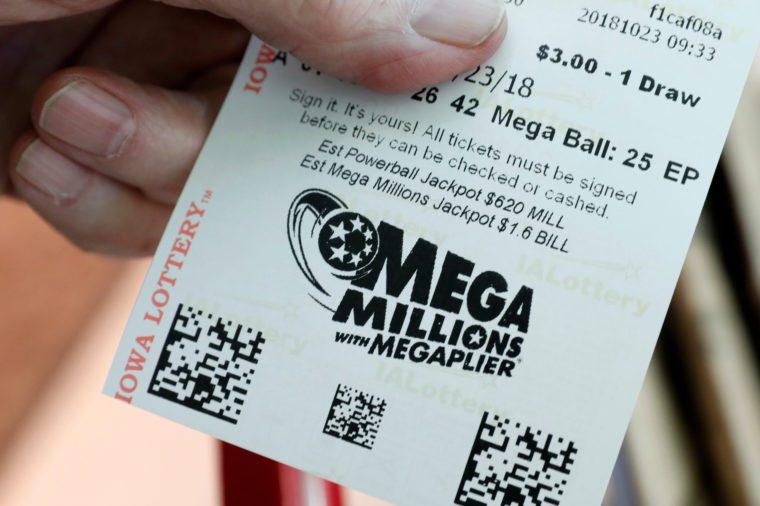 Incredibly, the enormous $1.5 billion Mega Millions jackpot still hasn’t been claimed by its winner. No one knows for sure who the winner is or why they aren’t coming forward, but it is worth noting that when a jackpot isn’t claimed, the funds return to their for use at the states’ discretion—education, roadworks, etc. Is this an incredible act of good will? 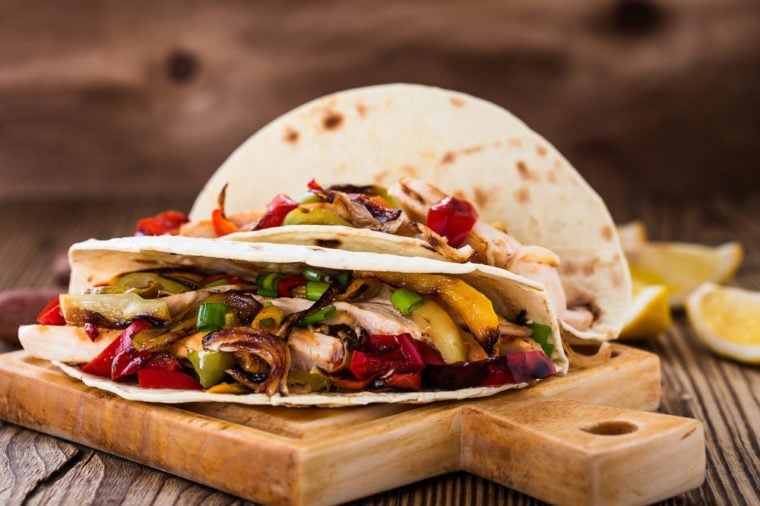 A Texas man faces 50 years in prison for buying and reselling up to $1.2 million-worth of fajitas. To make matters worse, he didn’t even use his own money to buy the fajitas in the first place; the employee of a detention center in San Benito stole county funds for his unique scheme. 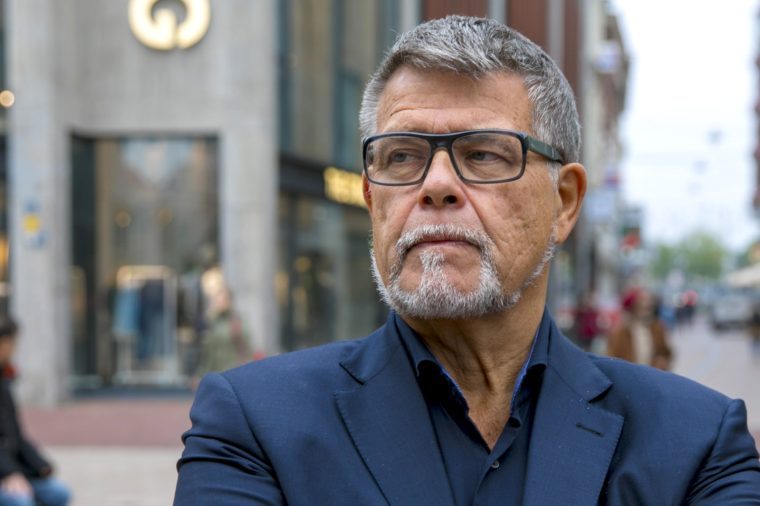 Man sues to be young again

Most of us struggle to accept aging, but Emile Ratelband of the Netherlands has taken anti-aging efforts to a whole new level. Ratelband took legal action to shave 20 years off his date-of-birth in an attempt to change his age from 69 years of age to 49. His reasoning? He cites employment discrimination and reduced opportunity with the opposite sex. 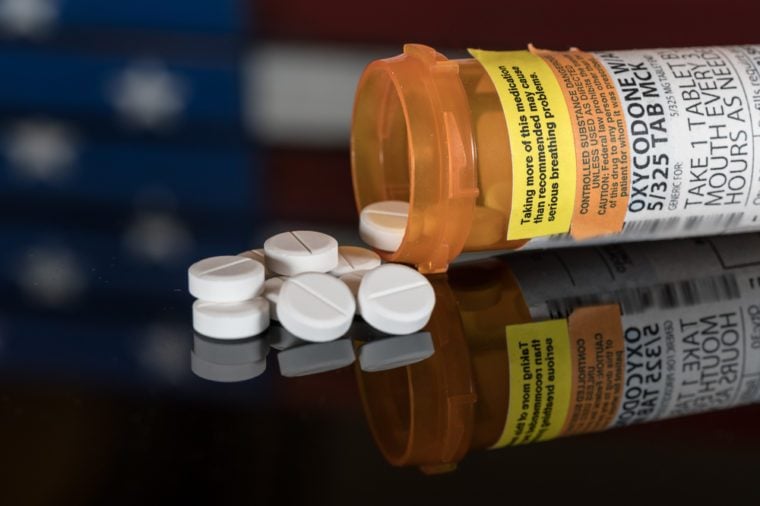 While medical treatments and health knowledge are continually improving, Americans are not living longer on average. The Washington Post reports that for the third consecutive year, life expectancy in America declined, mainly due to the opioid epidemic and a rising suicide rate. 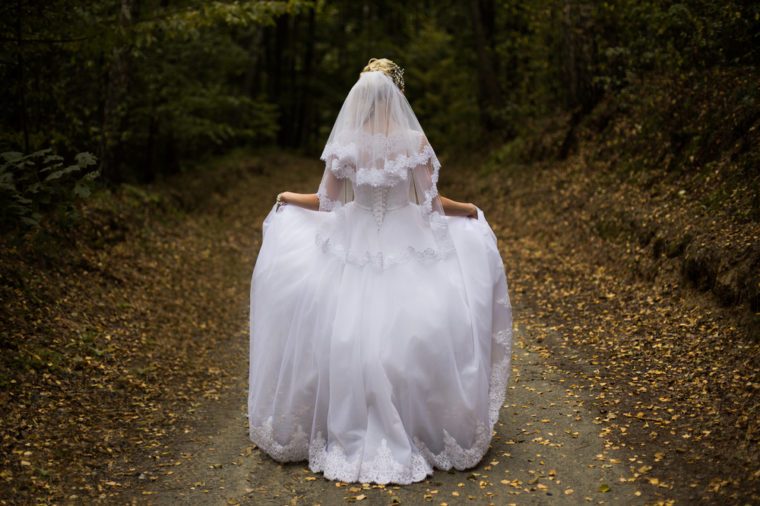 There are documented cases of people falling in love with and even marrying objects. This is called objectophilia or object sexuality. That’s definitely unusual, but a British woman has taken matters in a different direction by marrying a ghost she claims she met in Australia. The wedding will take place in England at the Wookey Caves resort. There’s no word yet on the airfare or customs requirements for international ghost travel. Check out the 22 most haunted places in America. 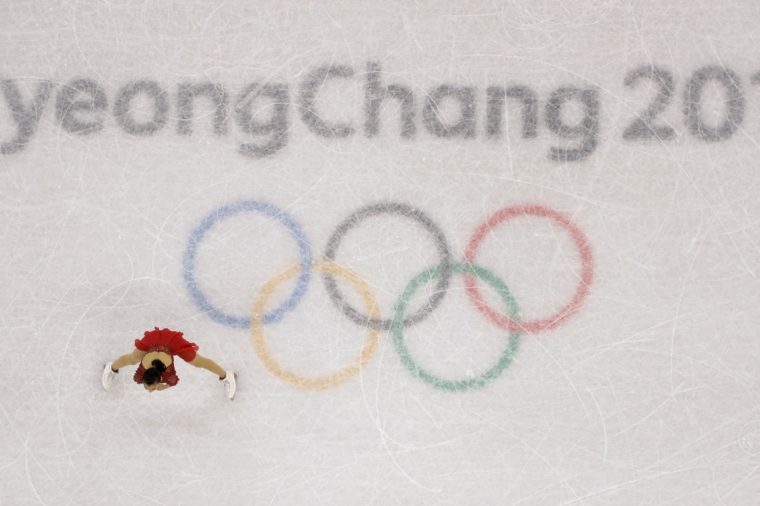 North and South Korea have resented each other since the Korean War in the early 1950s. They operate in completely different ways, politically, socially, and economically. In an astounding turn of events, however, the two countries decided to unite as one Korea for the 2018 Olympics in PyeongChang. In recent news, the New York Times reports the two countries have also submitted a joint bid for the 2032 Olympics. What does this mean for the future of the two nations, and the world? 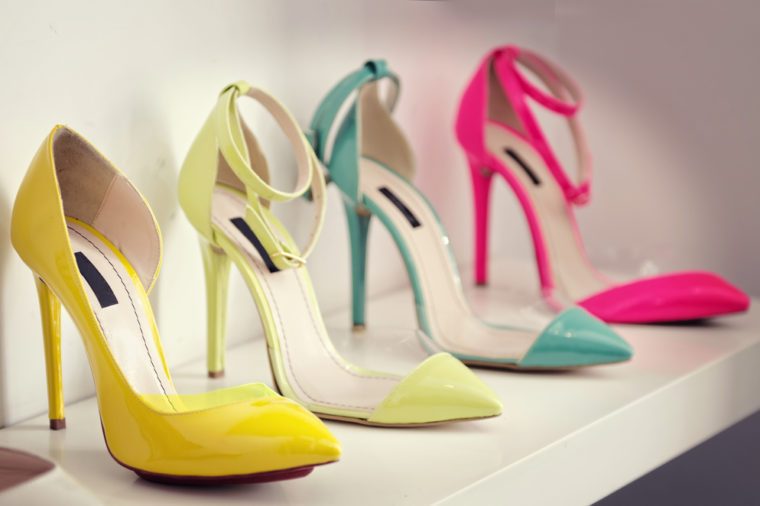 Payless gets people to pay more during social experiment

There’s proof: We’ll pay a lot more for anything with a designer label. The discount shoe chain Payless took over an Armani store in Santa Monica, California, and put it’s $20-$40 shoes on sale for hundreds of dollars more under the label “Palessi.” At an opening party, attendees spent more than $3,000 on the shoes before management revealed the experiment, reports AdWeek. (Although the purchases were rung up, no one was actually charged.) Save your dollars with these 11 simple fashion upgrades that make you look expensive. 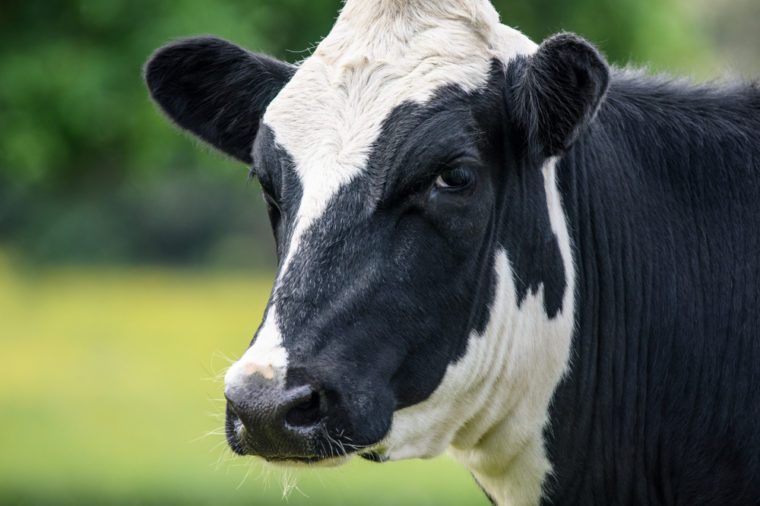 Here’s one way for a steer to get a pardon: Grow too big for the slaughterhouse. The Australian steer known as Knickers weighs nearly 3,000 pounds and is over six feet tall. Check out this collection of 2018’s most amazing animal photos.

Chris Christie did not break his leg

While that may not sound so impressive, Christie is the first New Jersey governor in 25 years who avoided breaking a leg. Unfortunately, accomplishing this feat did not seem to help his approval ratings. Next, check out the 15 quirkiest news stories from 2018.