Even after the park closes, Disney World is still bustling, thanks to the many, many employees that keep the park looking pristine for the next day's guests. 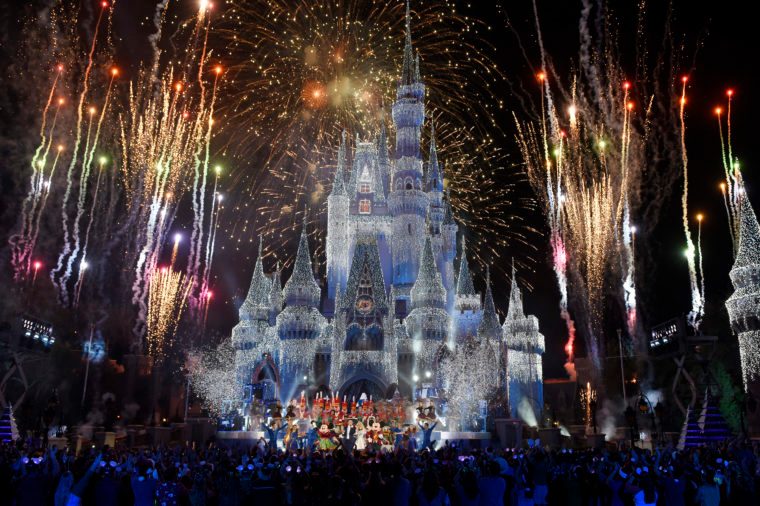 The closure of the Disney parks has been economically devastating, not just for the company as a whole but also—in fact, especially—for the employees. And now the company is struggling to know when to reopen its U.S. parks, even pushing back Disneyland’s reopening date. But it turns out that there’s been a whole lot still going on inside Disney World, even while it’s closed. And with that the case, it’s even less surprising to learn that lots of things happen at a closed Disney World during “normal times.” Here’s what goes on at Disney World after it’s shut just for the night. 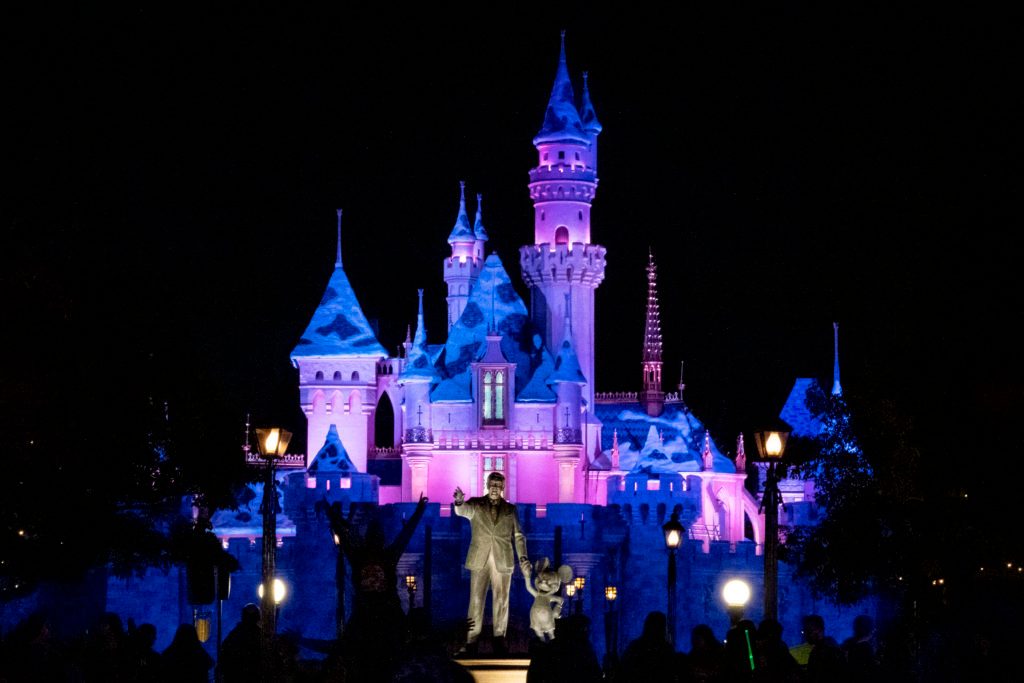 For Disney park fans, the idea of working there can be a fascinating one. On the one hand, it seems like the pinnacle of entertainment careers; on the other, the many strict rules you have to follow while working there might seem a little over-the-top. But there’s a lot more to what goes on at Disney than what those people do. In addition to the famous, well-known “Cast Members,” Disney parks employ more than a thousand “third shift” workers, too. These people work the overnight shift and play an equally important role in making the parks the pristine, well-oiled machines that guests see. And they’ll likely be doing even more when the U.S. Disney parks reopen, as Disney has promised extra-meticulous cleaning and safety measures to keep returning guests safe.

So let’s take a moment to applaud the heroes of Disney World (and all the other Disney parks!) whom we guests don’t even see, but who do all sorts of crucial work. Likely because of the tough hours and lack of guest acknowledgment, you won’t find “third shift” jobs on this list of the best jobs at Disney parks. 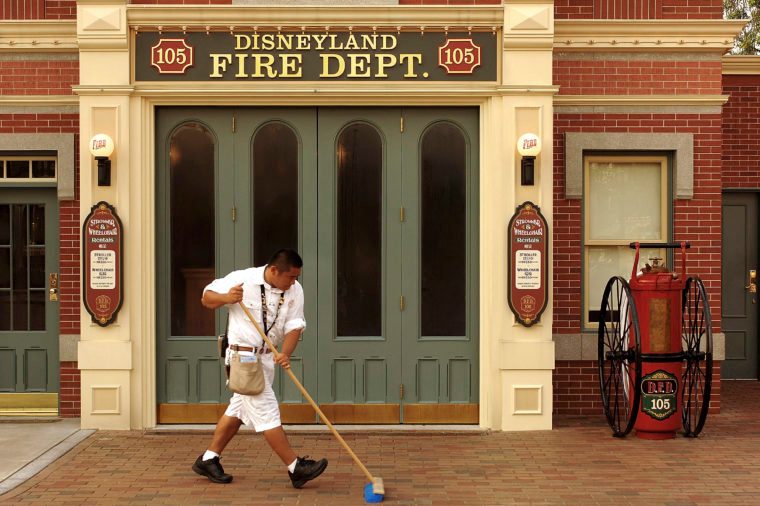 Disney World is famous for being pretty close to spotlessly clean, especially when compared to many other theme parks. And while Disney does use lots of little methods to keep the park clean during the day—like the “swoop-and-scoop” trash-grabbing method, and the lack of gum for sale on park property—it’s the third shift workers who really give the parks a “deep clean.” Their shifts usually start at 11:30 p.m., or sometimes earlier before the park even closes. They hose down the streets and pathways, vacuum the carpets, and clean the bathrooms. Employees even touch up paint on everything from buildings to benches so that the paint jobs are always fresh. And the amount of cleaning they have to do can even vary by attraction—part of the charm of the Haunted Mansion is the creaky, cobwebby surfaces of the old house. Find out these things you never knew about the original Haunted Mansion in Disneyland. 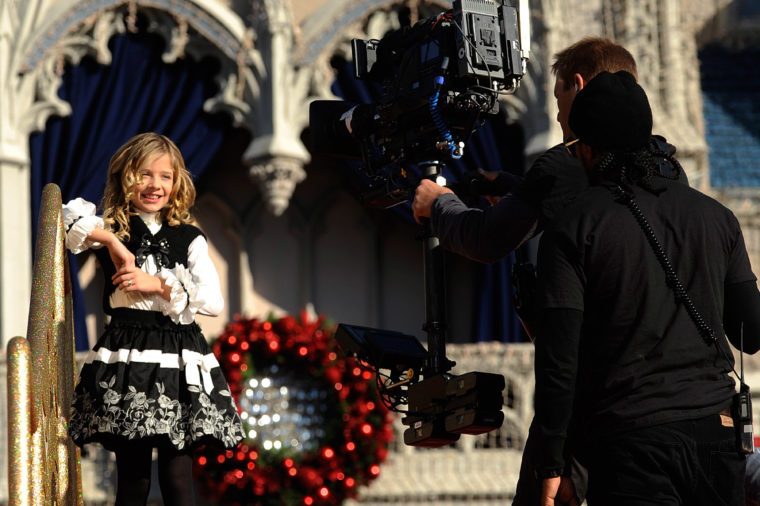 Oh yes: Those weirdly-perfect-even-for-Disney scenes that you see in the ads—at least the ones that take place indoors—are about to make a lot more sense! The Disney TV commercials and website videos unsurprisingly tend to be pretty staged, and what better way to ensure that nothing interrupts or disturbs the filming than to film when there are no actual guests and therefore no unexpected variables? Plus, filming during the day would mean that guests would need to maneuver around cameras, lights, production crews, and other miscellanea. So, when they can, Disney opts to film ads at night instead. 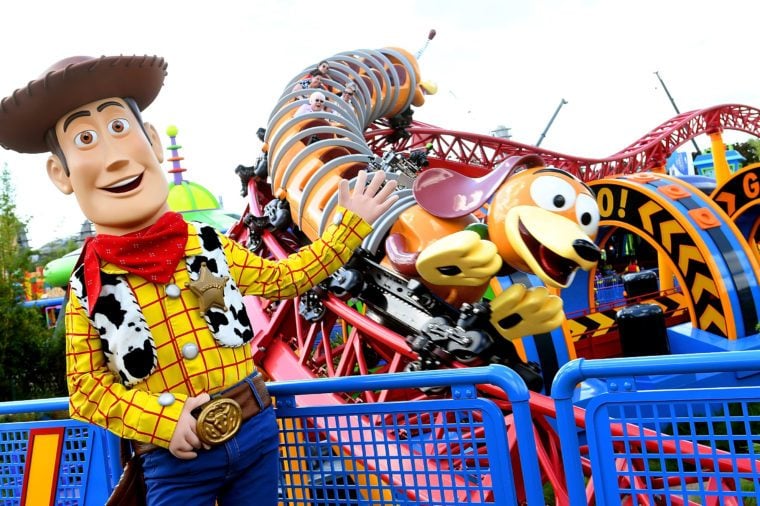 “Repairs” can constitute a whole lot of odd jobs that keep the park running smoothly. Of course, things aren’t breaking down at Disney on the regular—but that’s because of the rigorous repair and/or maintenance work that goes on overnight. Engineers check the tracks and ride vehicles for any abnormalities that could present a safety issue or keep the ride from running smoothly. And, of course, the fire alarms, fire hydrants, and sprinkler systems must undergo safety checks as well. Find out the things you should know if you’re planning a Disney trip after reopening. 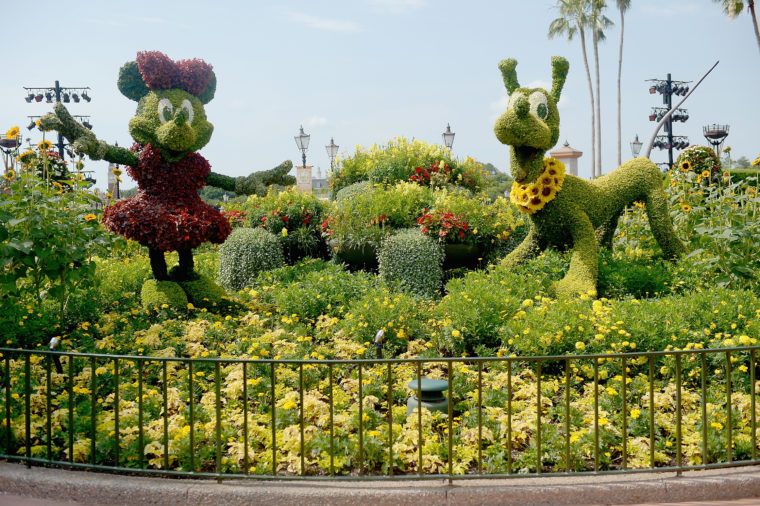 Walt Disney World Resort comprises 40 square miles. That’s a lot of lawn maintenance. And, yes, much of it happens overnight. Gardeners mow the lawns, trim the trees, and prune the numerous topiaries so that your favorite characters are recognizable in plant form. As if that weren’t enough work, gardeners also have to plant the plants in the first place. According to Theme Park Tourist, Disney World horticulturists plant millions of different plants in just one year, including 13,000 roses! Find out some more surprising secrets Disney employees won’t tell you. 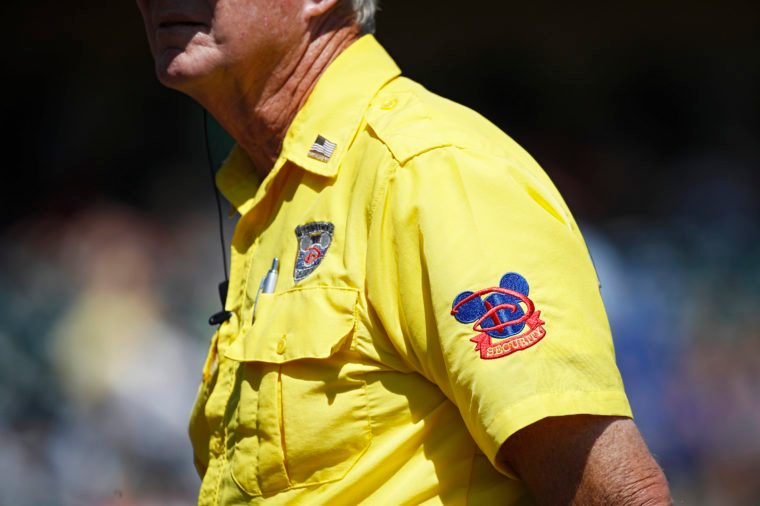 It’s sad but perhaps not surprising that some unscrupulous Disney guests might try to hide somewhere in the park, overnight, in hopes of scoring a free park day undetected. So Disney employees must make sure they are, in fact, detected. “There are people whose job it is to go into every single bathroom stall, check every ride, behind the bushes, to make sure that there’s nobody hiding out,” says Christopher Lucas, author of Top Disney: 100 Top Ten Lists of the Best of Disney, from the Man to the Mouse and Beyond. “They have to check every single crevice—because people try.” Needless to say, that definitely qualifies as one of the rude behaviors Disney employees wish guests would stop! 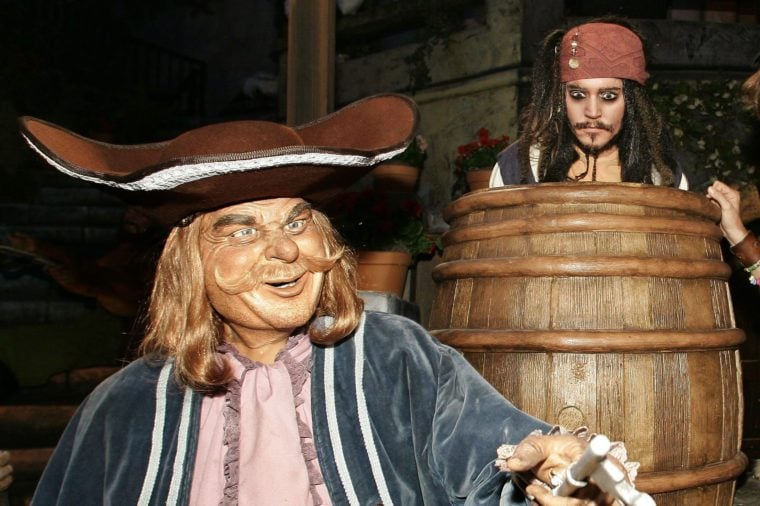 Those many, many animatronics in Disney World’s rides and shows need maintenance, too! Employees will often watch the animatronic shows all the way through to make sure that every character and critter is operating the way it should be. And Disney World even goes above and beyond that; they also employ animation techs to perform any necessary upkeep on the animatronics throughout the park. 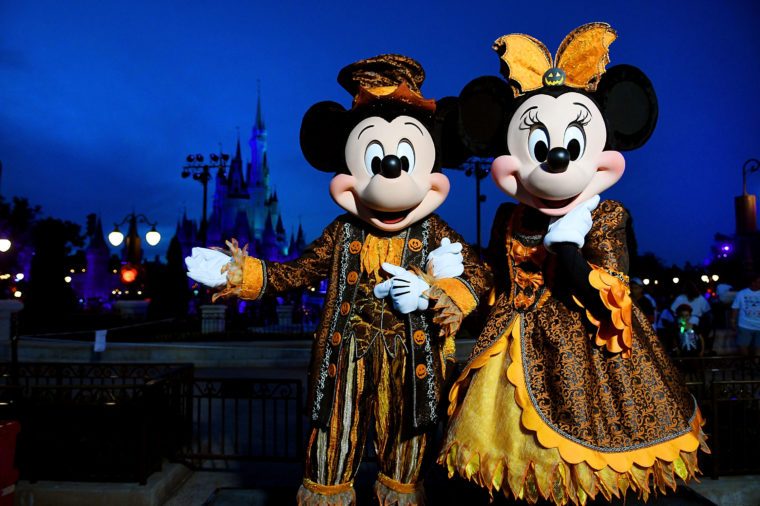 Lucas’ favorite time to visit Disney World is shortly after Halloween. He likes planning his trips so that he can be there for the last day of Mickey’s Not-So-Scary Halloween Party (which varies based on what day of the week Halloween falls on). “You go to Disney that night, everything is Halloween,” Lucas says. “You go to your hotel, you go to sleep, you come back that next morning—there’s not a trace of Halloween, and everything is Christmas. They do that all in one night.” He says that, while this is his favorite holiday transition, the “de-Christmas-ing” is also pretty impressive, and you’ll also see some staggering decorating and theming to celebrate the parks’ big anniversaries. Of course, this process doesn’t happen every night—but that might just make it even more impressive. It’s not part of the regular nightly routine, but it still happens seamlessly and completely in a single night—along with everything else that has to be done! And when you see these pictures of Disney World at Halloween and Christmastime, you’ll fully appreciate how much work that is! 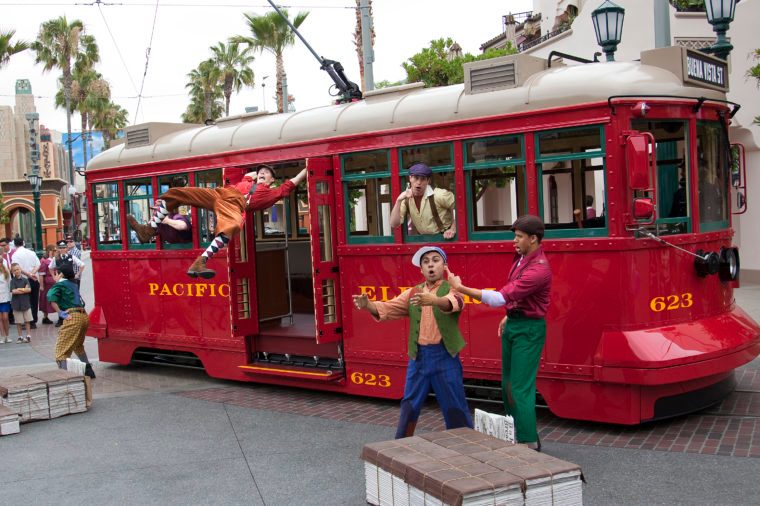 Sadly, the ride vehicles in Disney parks don’t run on pure Disney magic; boats like the Jungle Cruise steamers and ferry to the Magic Kingdom, as well as motor vehicles like the old-timey ones on Main Street U.S.A., still run on gasoline or oil! And those things need replacing so that the vehicles don’t putter out while riders are on them. So, that’s another thing that gets done every night! Now that the post–nightly closure happenings of Disney World are no longer a mystery, it’s time to find out the truth behind these popular Disney park rumors.