What Happens When a Royal Family Member Gets “Fired”?

Just because they’re family, it doesn’t mean that they can’t get the boot! 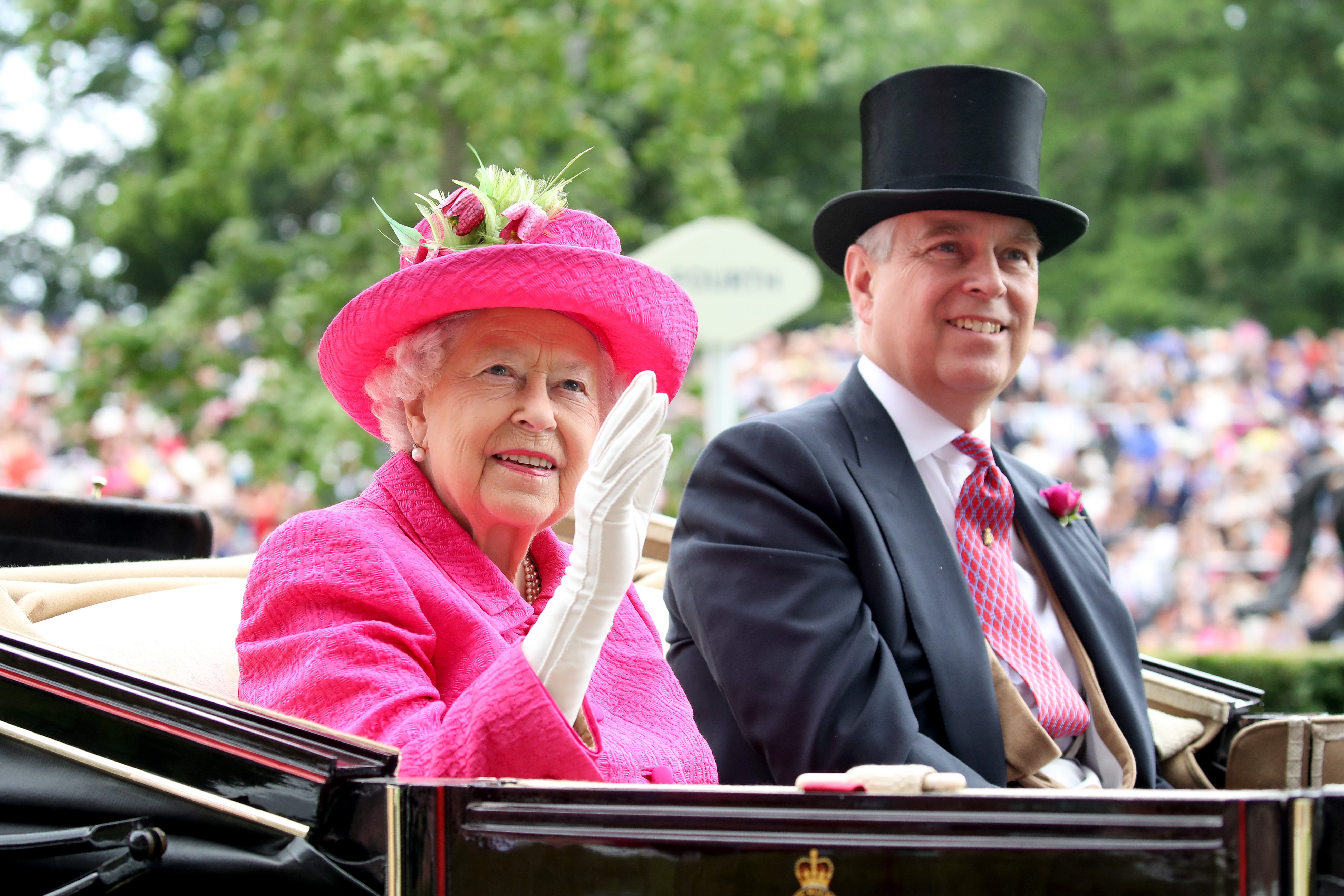 Scandal in the palace

On November 20, 2019, Queen Elizabeth II’s second son Prince Andrew, Duke of York, released a formal statement on the royal family’s official website and announced: “I have asked Her Majesty if I may step back from public duties for the foreseeable future, and she has given her permission.” So, what does this mean? Is it really just a polite way of saying that he got fired? And if so, fired from what exactly? Here’s the lowdown on Prince Andrew’s very public demotion. Once you’re up to speed, check out these other 13 big scandals surrounding the royal family.

The day after Andrew’s announcement, the New York Post published a story claiming that Andrew didn’t merely “step back” or resign. Rather, he was fired—and by his mom, Her Majesty the Queen, no less. In business and in politics, it’s not unusual for a firing to be reframed as a voluntary resignation. Either way, the employee in question is out of a job. However, it’s relevant whether the employee has been afforded latitude to paint the circumstances as voluntary. After all, being fired conjures up images of an ambush ending with the employee being escorted out by security. Resignation, however, implies that even if the employee wouldn’t have chosen to leave, the employee was able to leave on his own terms.

On one hand, it’s probably safe to assume that Andrew would not have stepped back from his duties by choice. On the other, at least he wasn’t handed his head—whether metaphorically or literally. And as we’ll see below, there’s plenty of precedent for that in the royal family.

Ever wonder why Andrew is called the Duke of York? Here’s how the most famous royals got their titles.

What led to his departure

In a word—or, rather, two—Jeffrey Epstein. “It has become clear to me over the last few days that the circumstances relating to my former association with Jeffrey Epstein has become a major disruption to my family’s work and the valuable work going on in the many organisations and charities that I am proud to support,” Andrew explained in his full statement. So, just who was Jeffrey Epstein? In case you missed the recent headlines, he was a wealthy financier and convicted sex offender who was arrested in the summer of 2019 on sex-trafficking charges; he died, allegedly of suicide, while in police custody. And there may be more to Andrew’s “stepping back” than simply his “association” with Epstein. 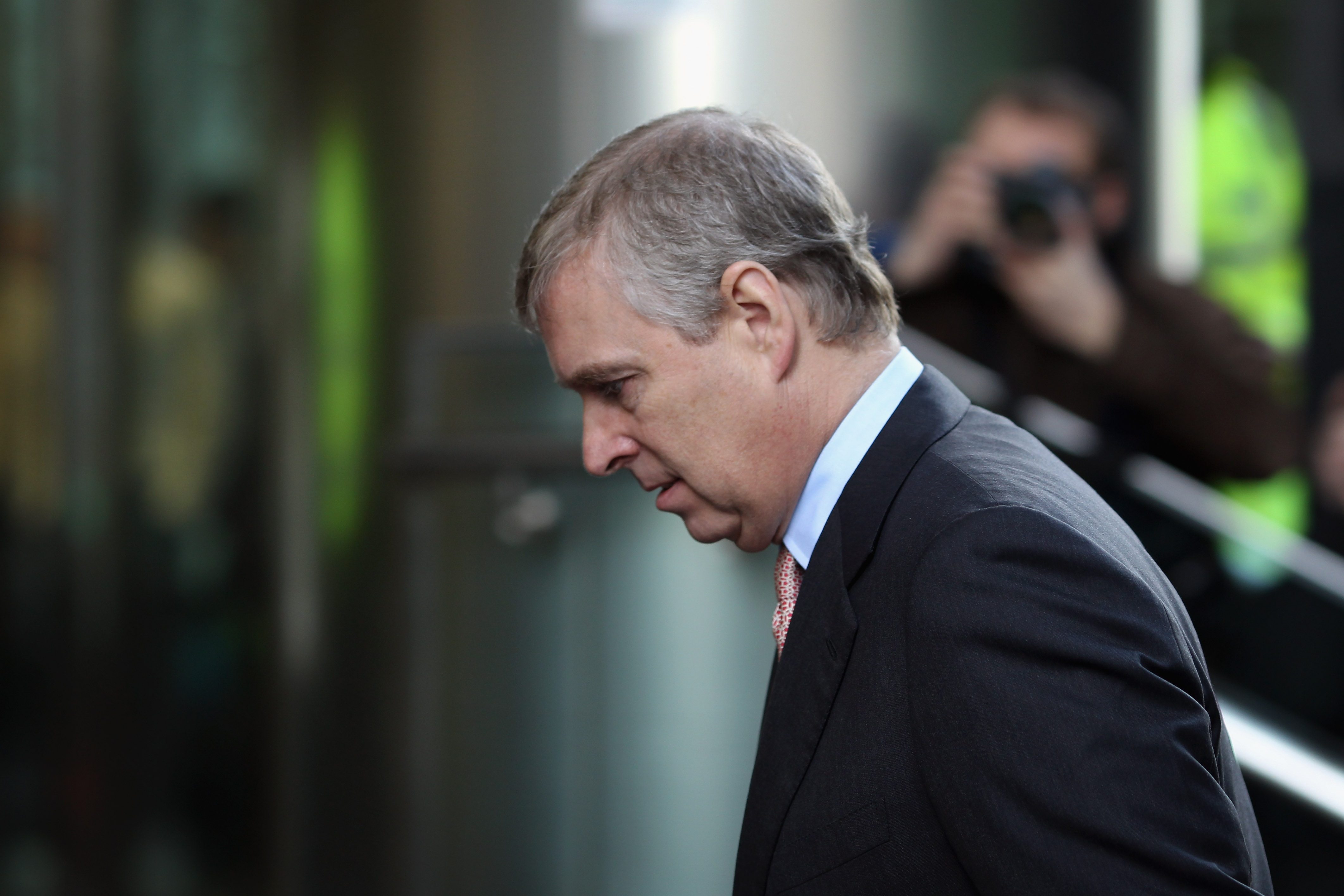 The friendship that toppled a royal

Prince Andrew and Jeffrey Epstein met and became friends in 1999, according to the BBC. Andrew continued his friendship with Epstein even after Epstein’s 2008 conviction involving sex with a minor. The friendship continued even after Epstein’s arrest, whereupon Andrew’s initial failure to speak out against Epstein drew sharp criticism from the public. When Andrew did finally speak about Epstein, it wasn’t to express dismay over Epstein’s alleged crimes but only to say that Epstein’s behavior was “unbecoming” and that Andrew had made an error in spending time with him.

By the time Andrew made his “stepping back” announcement, the public had a lot more information about his friendship with Epstein than Andrew may have initially realized the public would ever have privy to. Among other things, it’s become public knowledge that one of Epstein’s accusers named Andrew as complicit in Epstein’s alleged crimes. Even more damning: There are photos that seem to back up the accuser’s story. Here are 50 things you probably didn’t know about the royals.

The last point Andrew makes in his formal statement is this: “I am willing to help any appropriate law enforcement agency with their investigations, if required.” Several weeks later, the BBC acknowledged that Prince Andrew may, at the very least, be expected to submit to an interview with law enforcement. Although Buckingham Palace has stood beside Andrew in denying the accuser’s claims, when it comes to the royal family, nothing matters quite so much as public perception. Although the U.S. justice system presumes innocence until guilt is proven, the court of public opinion does not offer such generosity, and the threat of an investigation into Andrew’s alleged complicity in Epstein’s alleged crimes may have been more than Buckingham Palace was willing to withstand in terms of bad publicity. Appearances are everything to the monarchy, as evidenced by these 18 etiquette rules everyone in the royal family must follow.

What is Andrew “stepping back” from, exactly?

Not everyone in the royal family is a “working member.” The ones who are classified as such undertake the official duties described in the royal family’s official website, including appearing at engagements identified on the website’s Court Circular (e.g., national festivities, state funerals, diplomatic efforts). Only a select few are eligible for this job:

Although Prince Andrew is eligible as the Queen’s son, he is no longer employed in such capacity. In other words, he will no longer represent the Queen at official engagements. Of course, stepping back has been in the news a lot lately, with Prince Harry and Meghan Markle doing the same—though of their own volition and due to very different circumstances. What’s the real story there? These are 6 popular theories behind Harry and Meghan’s resignation.

Prince Andrew is still a member of the royal family

As disappointed as the Queen may be in her second-born son, she has not disowned or disinherited him. Nor has anyone (yet) come out and said that Andrew is no longer in line for the throne. Perhaps that’s because that line is determined entirely by birth order. In fact, many who stand in the line of succession are not “working members” of the royal family either. That includes Andrew’s daughters, Princess Beatrice and Princess Eugenie, neither of whose status is affected by Andrew’s “stepping back.”

Has anyone else ever stepped back?

It’s been said that Andrew’s announcement is “unprecedented.” Technically, that’s true, but it is not unprecedented for a member of the royal family to remove themselves from the role they are currently serving. In fact, it’s not even unprecedented for the King to do so. That’s precisely what happened when King Edward VIII abdicated the throne in 1936 after less than a year. What happened? The Church of England denounced his decision to marry an American divorcée, and as he said in a radio address, “I have found it impossible to carry on the heavy burden of responsibility and to discharge the duties of king, as I would wish to do, without the help and support of the woman I love.” Here’s more about the scandalous story of how King George VI became king.

Has anyone ever been fired?

The short answer: yes. When Princess Diana and Prince Charles finalized their divorce in 1996, Diana was officially “let go” from her duties as a working member of the royal family, including her involvement in nearly 100 charities. Diana was also stripped of her right to be styled as Her Royal Highness, although she retained the title Diana, Princess of Wales. In addition to her title, this is what Princess Diana lost after her divorce.

Andrew is also preceded by his ex-wife

Andrew’s ex-wife, Sarah Ferguson, the Duchess of York, also lost her right to be styled as Her Royal Highness after her divorce was finalized in 1996. But Sarah had already been ousted from the royal family long before that. After the “toe-sucking scandal” of 1992—one of the 18 things you probably didn’t realize about Sarah Ferguson—she was no longer treated as a working royal, according to Express.

Even the sovereign can be fired

Apart from King Edward, Princess Diana, Sarah, Duchess of York, and now Prince Andrew, history is replete with royal ousters, including those in which the king or queen is deposed, or forced to step down. The following are some the more well-known examples.

Thankfully, royal firings are a lot less extreme these days.

The monarchy may seem prim and proper in the 21st century, but it has a sordid past. Between betrayals and beheadings, the royals of yore weren’t all that demure when they wanted someone out.

Of course, if you’re not ousted (or worse), it’s good to be a royal. Check out these 15 bizarre perks of the royal family.