What Job Recruiters Are Really Thinking About You

Your resume can get you in the door, but none of that matters if you leave an interviewer with a not-so-fuzzy feeling. Hiring professionals reveal the most common missteps candidates make that unintentionally torch their chances of landing that dream job. 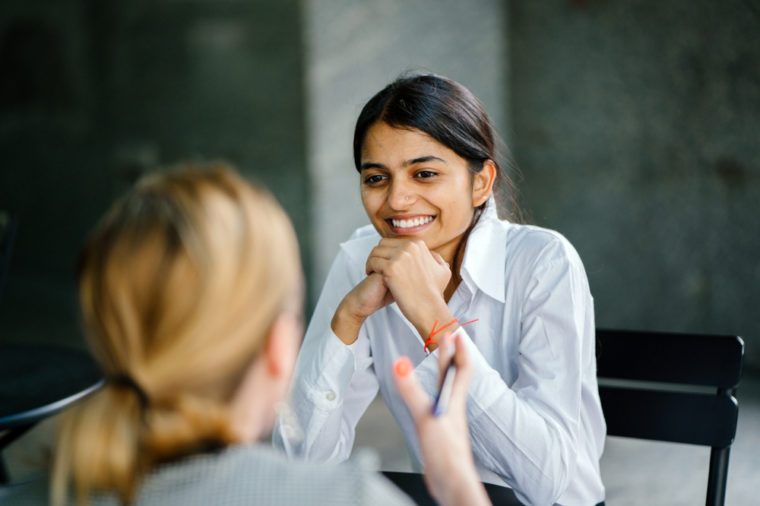 “A bad habit inexperienced candidates tend to make is focusing too much on answering the interviewer’s questions instead of trying to build a relationship with them. The reality is when hiring decisions come down to the wire, the more likable candidate who was able to build a strong interpersonal connection with the interviewer almost always wins out. Look for opportunities to bring into a conversation something you’re truly passionate about, and then ask the interviewer about what their own passion may be. Whatever your move is, remember that showing passion and finding a common interest with your interviewer should always be the name of the game.” —Jennifer Roquemore, Resume Writing Services. These power words will make your resume stand out. 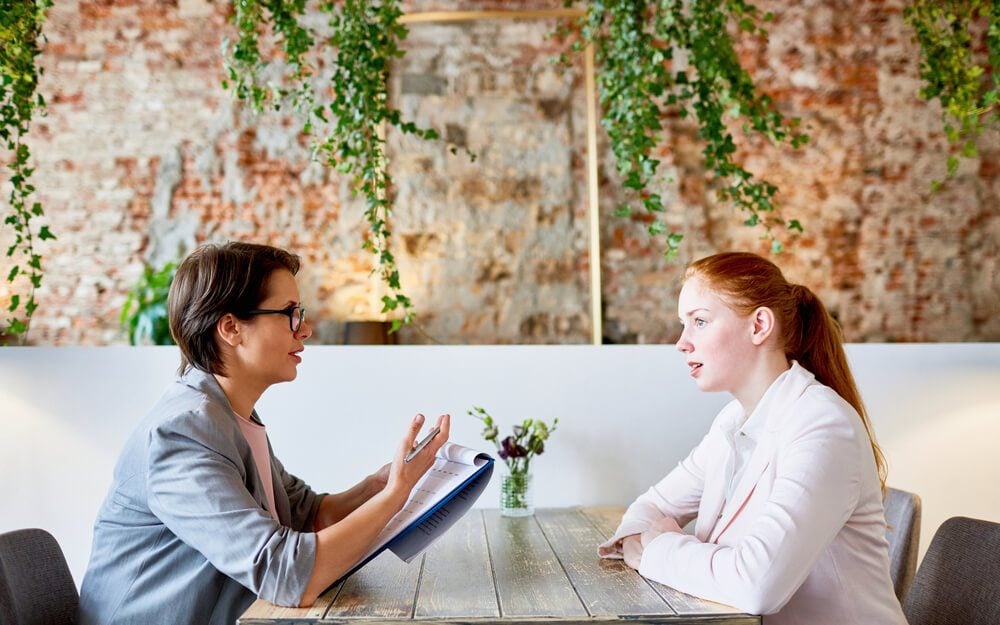 “Occasionally, candidates treat HR and other unrelated-to-their-field management as less important than their potential direct boss. Big mistake. Just as it can be a deal breaker if an interview takes place in a restaurant, and a job candidate treats the waiter disrespectfully, so it can be detrimental to disrespect people who won’t be your direct co-workers or managers. HR wants to see that you treat everyone with respect.” —Lisa Rangel, Chameleon Resumes 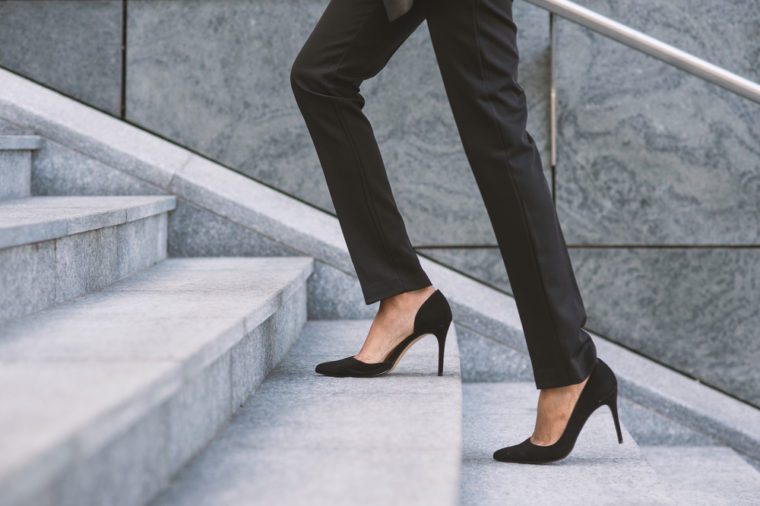 Not dressing for success

“The unfortunate reality is that our physical appearance matters to recruiters. If you don’t look the part, then there’s a very likely possibility that it’ll hurt your chances of being hired. While it’s obviously impossible to completely change your appearance or grow six inches taller, there are measures you can take to ace your image. For one, dress sharply. Don’t just borrow a friend’s suit and tie and think you’re ready to go. Make the extra effort to identify what looks good on you and what type of outfits and colors you can pull off. Secondly, don’t underestimate the impact of your haircut. A professional haircut alone can completely change the way others perceive you. Lastly, be cognizant of things that can obviously hurt your image. If you’re still wearing those ridiculously large glasses that were popular in the 1960s or you’re still using an old briefcase from 20 years ago, it’s time for a change.”—Steve Wang, career advice blogger. Watch out for these other mistakes you might make in dressing for a job interview. 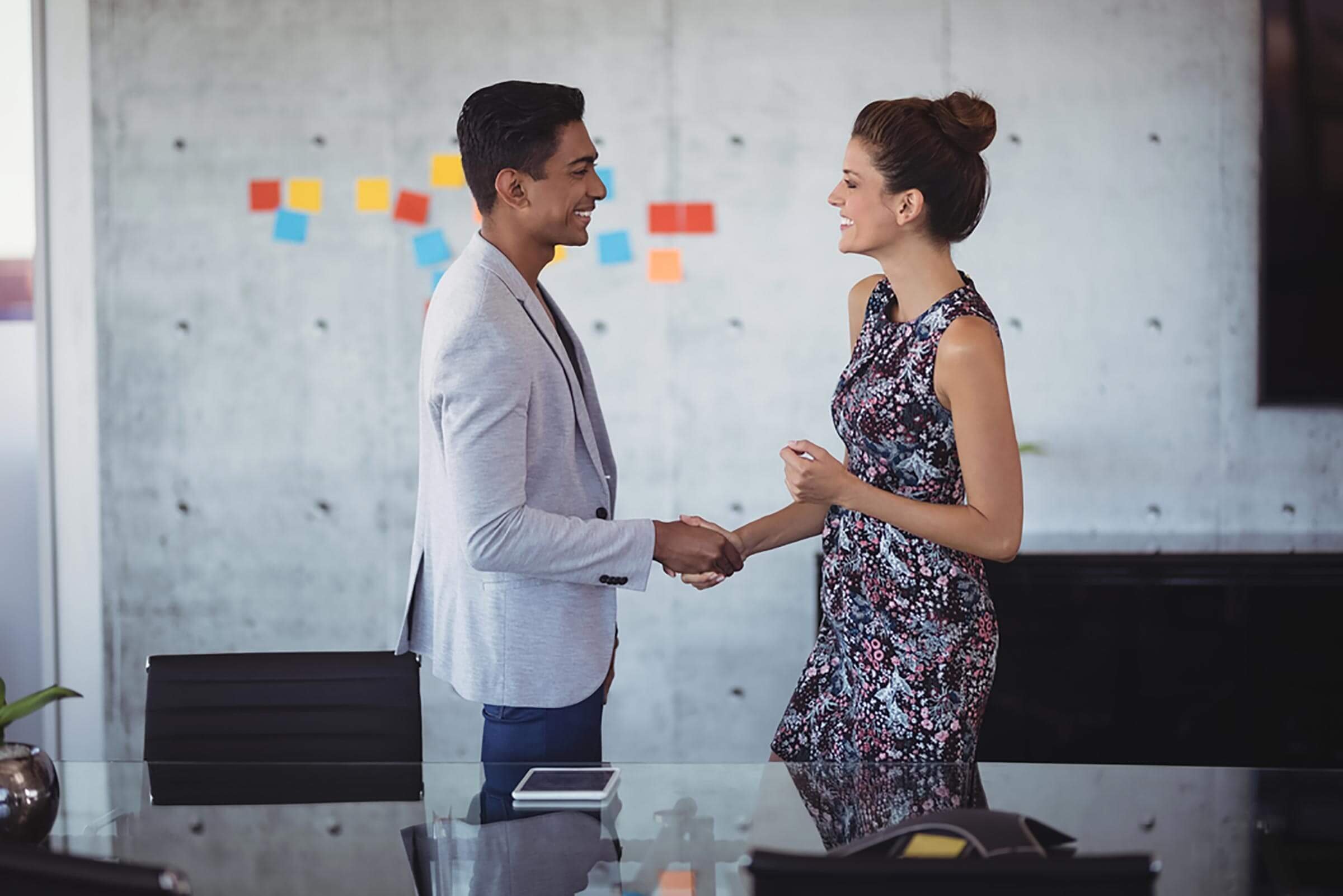 “Look the interviewer in the eye. This is rule number one of interviewing—or meeting anyone for that matter. Eye contact and a solid handshake are crucial. If you’re not making eye contact, you can come across as dishonest, like you’re trying to hide something, even though it may simply be that you’re shy!”—Monster.com career expert Vicki Salemi. Here are 25 things the HR department isn’t telling you. 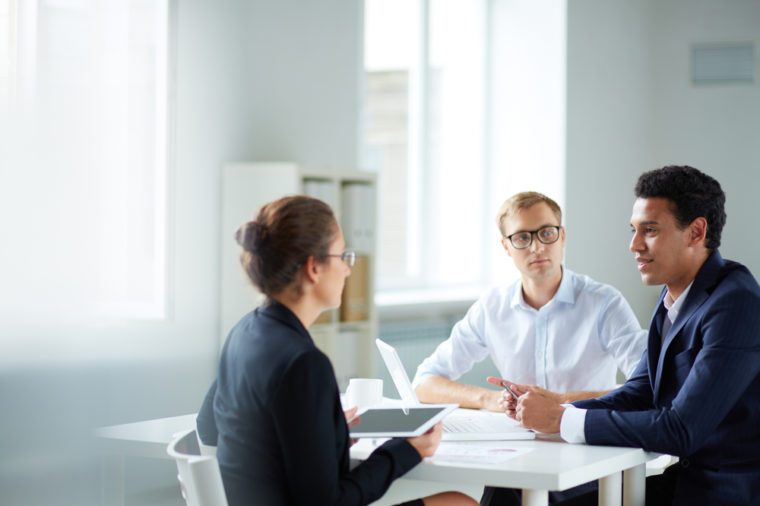 “One of the most costly mistakes candidates make in their interviews is giving rehearsed responses to common interview questions. While it does show that they have at least done some prep work, it comes off as artificial and downright fake at times. Instead, oftentimes it’s better to say what you truly think, and while your answer might not be perfect, you come off as genuine, which plays a larger role in connecting with the interviewer than you may think.” —Jennifer Roquemore, Resume Writing Services. Here’s how to answer tricky job interview questions. 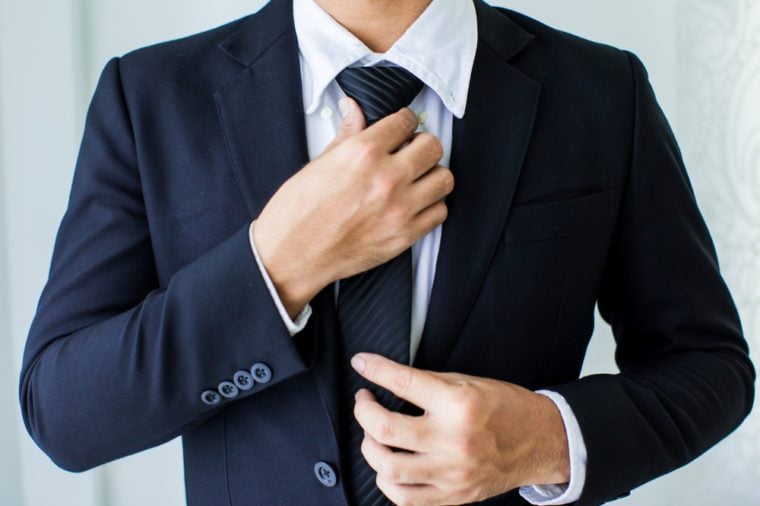 “As a former corporate recruiter, I was in an interview with a candidate who constantly fidgeted with her bangs. Apparently, they were too long, and she was distracted, as she was constantly blowing air and huffing, trying to get them off her face mid-interview. It got to the point where the hiring manager, who wanted to consider her, instead suggested she trim her bangs! I gave her that feedback and she was grateful but a little surprised that what was bothering her during the interview, clearly came across as noticeable to the interviewers as well. If there’s something that bothers or concerns you, you can point it out and then move on.”—Monster.com career expert Vicki Salemi Avoid making these body language mistakes in interviews. 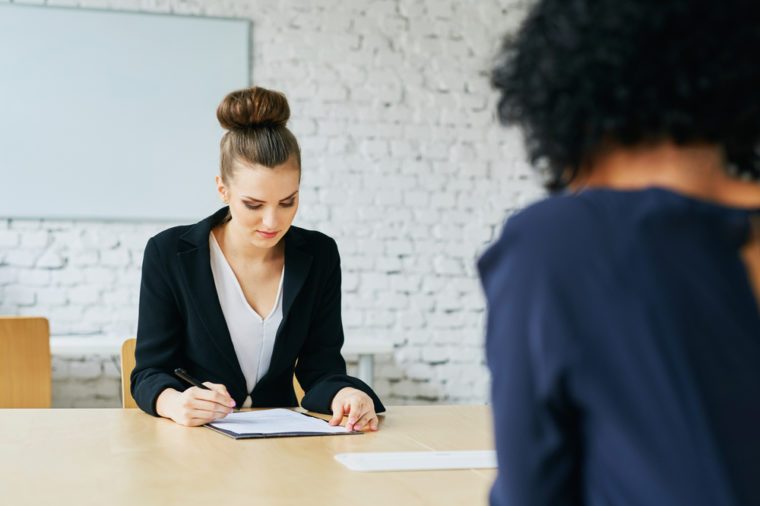 Not acting the part

“In order to give off a hire-worthy impression, it’s important to match your personality with what the job demands. For example, if you’re applying to jobs that require interaction with customers, such as working in retail or customer support, recruiters are going to want someone who’s likable and accommodating. If that’s the case, act that way in your interviews. On the other hand, if you’re applying to back-office jobs such as accounting or software engineering, it wouldn’t be such a bad thing if you gave recruiters the impression that you’re a detail-oriented perfectionist and introvert.” —Steve Wang, career advice blogger. These are the common interview questions you should be prepared to answer. 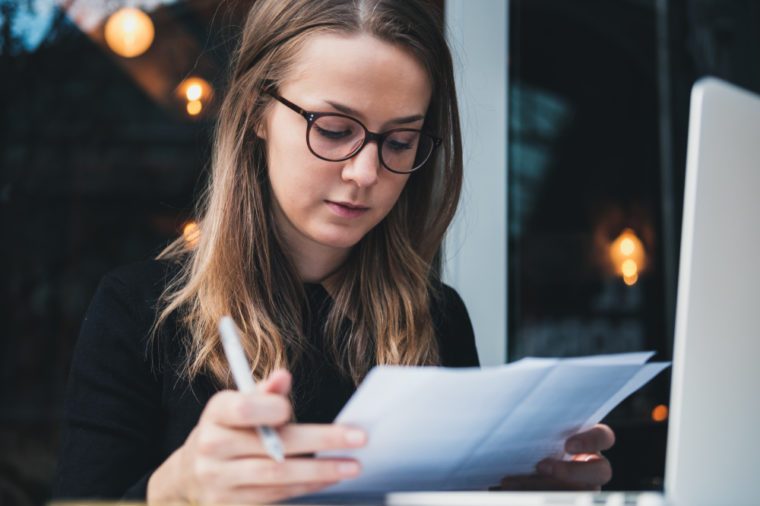 “Many letters are written with the candidate only touting their achievements with no mind paid to the hiring manager or the company. If the letter has both, then the cover letter will stand out as being thoughtfully written specifically for that company. A good hiring manager and HR professional will recognize that type of effort and potentially give more consideration to the candidate who has a clear idea of the position and how they can help.” —Jeff Magnuson, Marketing and Career Consultant. For best results, follow these rules on how to write a cover letter. 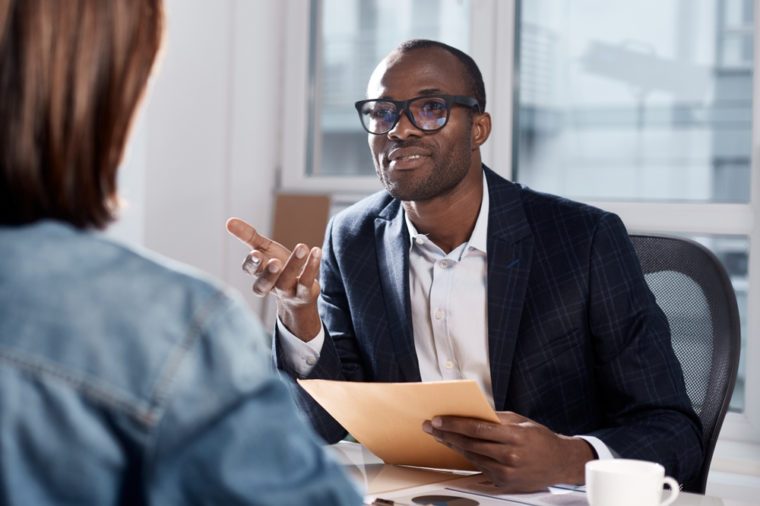 “Using filler words (e.g. ‘you know’ or ‘like’) excessively should also be avoided. Less is more. Don’t be afraid to pause and think through your next answer—silence is OK for a few seconds. If you use too many filler words, you may come across as uneducated or unsure of yourself.”—Monster.com career expert Vicki Salemi. This is the one word to never say in a job interview. 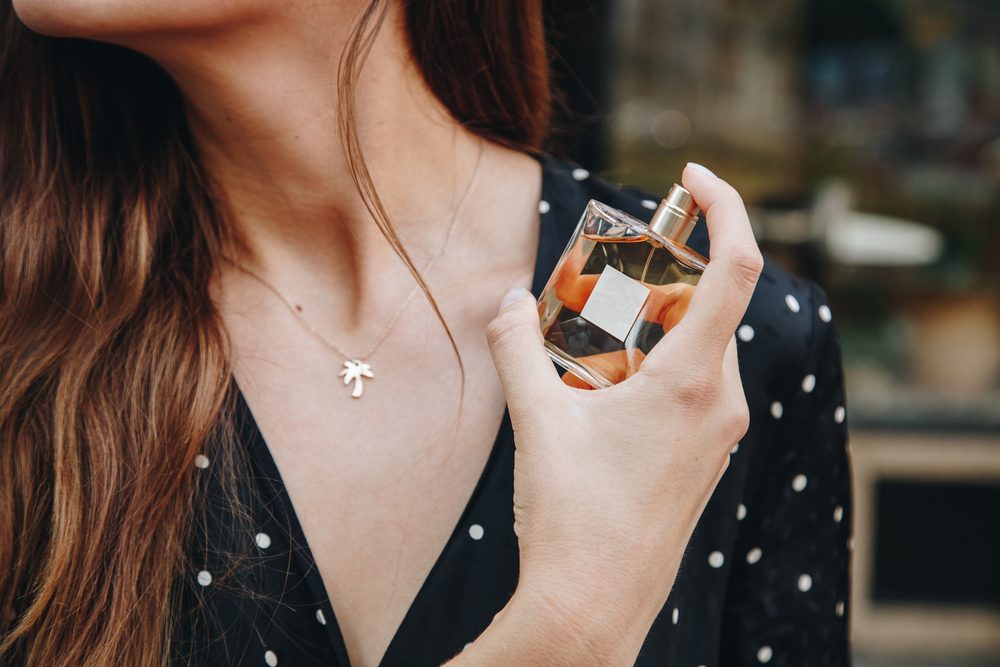 Not having the sweet smell of success

“Entering your potential future workplace with pits of fire, bedhead, or any other signs of simply not showering could be detrimental. Bad breath and odors are signs of negligence and seen as inconsiderate to others. Similarly, going overboard with perfumes or cologne can be as hard on the nose as body odor. —David Lloyd, CEO of The Intern Group.  Be sure to avoid the outfit mistakes that make you look messy. 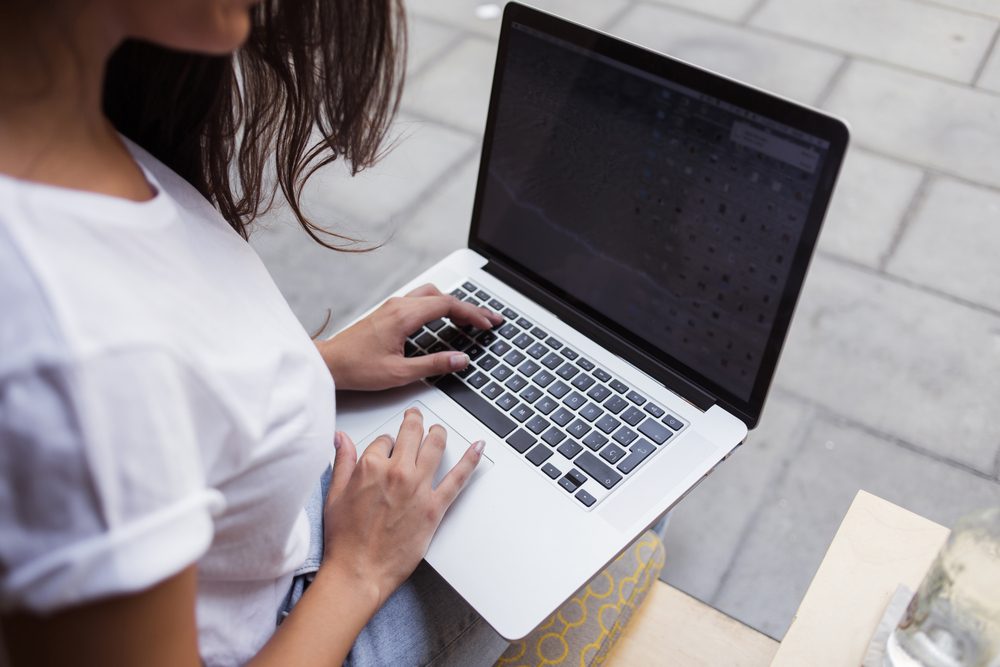 Not having a professional online presence

“You don’t necessarily need to look like you had a Top 10 advertising firm create a multifaceted online presence, but as a hiring manager, I want to see that you are cognizant of how you appear to the world online. While positive influences are always good (polished profile, possibly a professional blog, evidence of involvement in your profession or your community), I am really looking for anything that may make me question your judgment, including negative rants, questionable photos, and/or evidence of poor professional discretion.”—Lisa Rangel, Chameleon Resumes. These are the LinkedIn profile mistakes that could cost you the job. 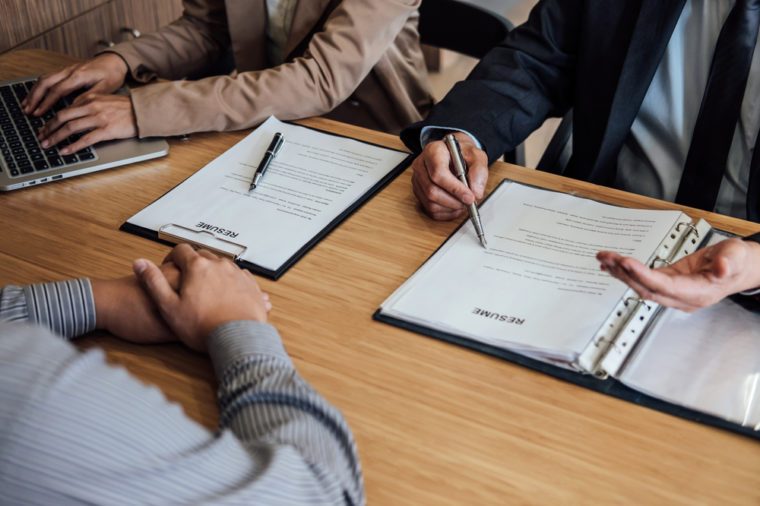 “An interviewee should listen intently and answer questions thoroughly, but talking too much can have an adverse effect. It is in someone’s best interest to not disclose too many things about their personal life in an interview. Though relationship building is important and encouraged in a workplace, the purpose of an interview is to see if you’re capable of completing the tasks involved in the role you’re applying for.”—David Lloyd, CEO of The Intern Group. These are the questions you should definitely ask in an interview. 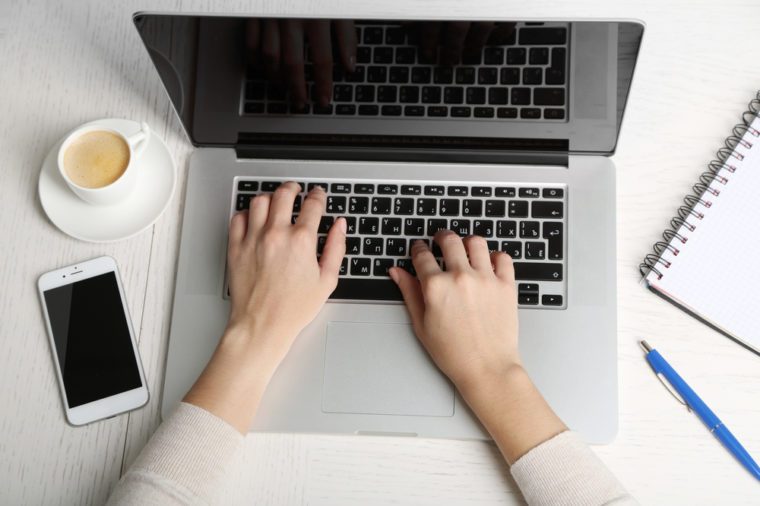 “An applicant’s image to a job recruiter does not necessarily begin at the interview. From the first correspondence, whether that be in an email or resume, it is essential to maintain a professional profile. Keep letters, emails, and any other written pieces free of grammatical and spelling errors. A clean email can show an employer that the applicant is careful and attentive, while an error-ridden email may suggest laziness.”—David Lloyd, CEO of The Intern Group. Avoid these most misspelled words on your resume. 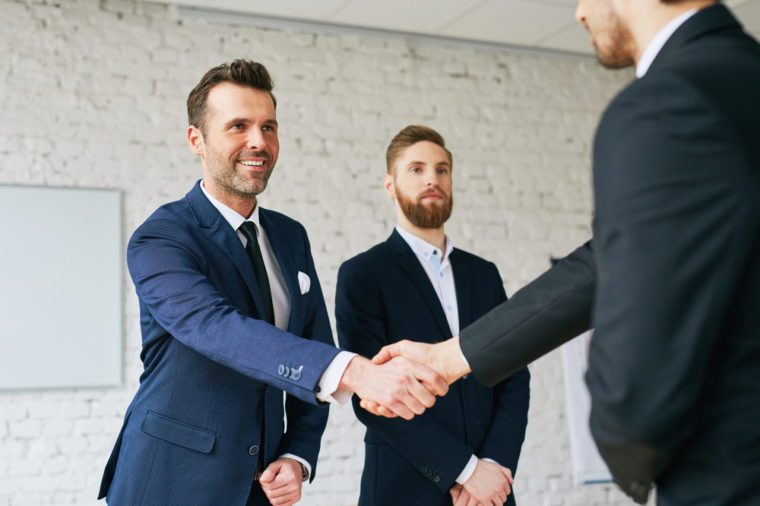 Not making the recruiter look good

“Recruiters want to present someone who will make them look good, so they will make sure that you satisfy all of the requirements, as many of the preferred skills and qualities as possible, that you can dress and act professionally and respectfully, and that you can communicate clearly and effectively. —Karen Huller, CCTC, CPRW, CCHt, Epic Careering. Here’s how to make a great first impression. 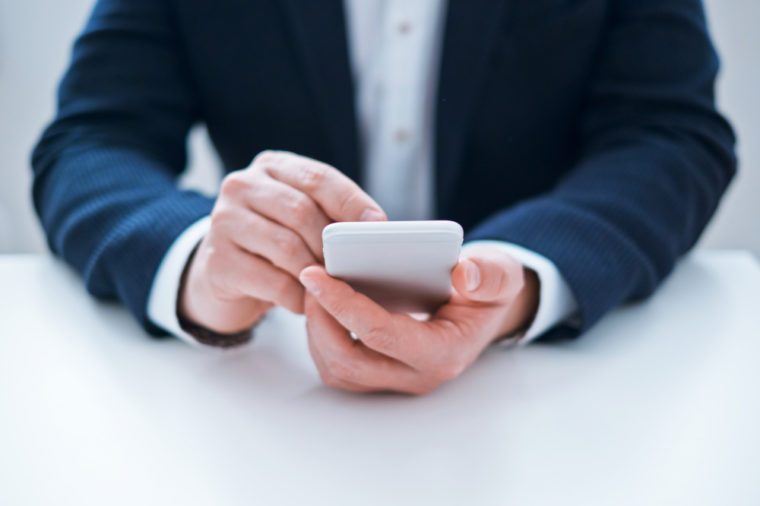 “After an interview, do not simply sit back and wait. A job recruiter could be scouting out tons of people, and one applicant could easily blend into the fold. Send a follow-up email thanking the recruiter for their time and reiterating your qualifications. In addition, referencing a topic discussed in the meeting will further call to memory the specific interview.”—David Lloyd, CEO of The Intern Group. Next, find out the 12 networking rules to know to land your dream job.