What Phones Looked Like the Decade You Were Born

Some elementary school kids don’t even know what a landline is. Take a trip down memory lane and remember the type of phone you used to use. 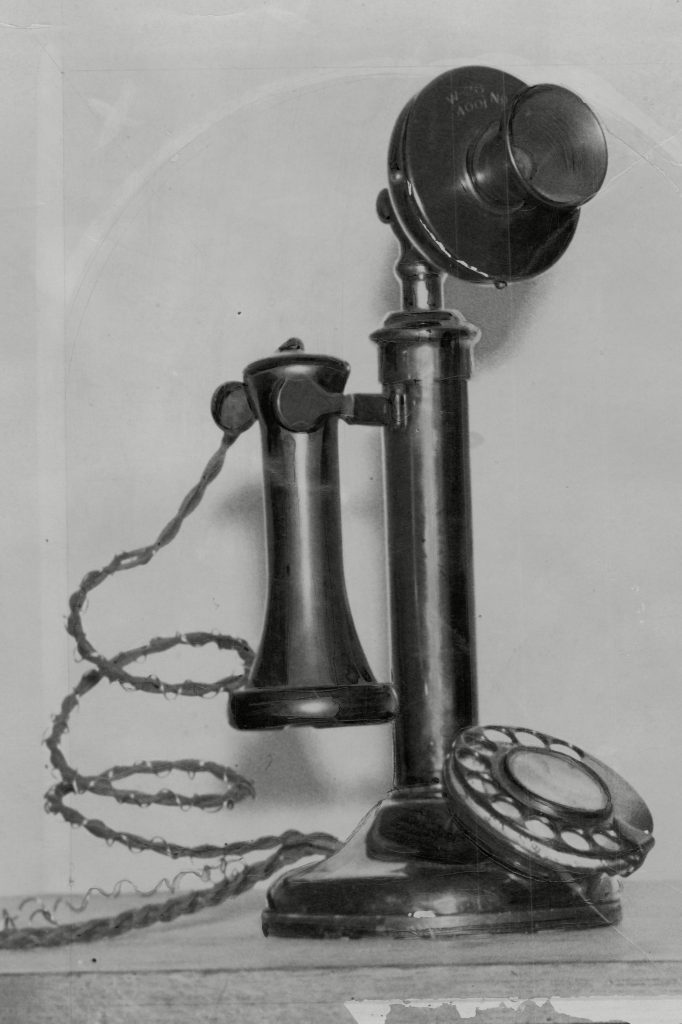 Telephones in the ’20s typically had a separate mouthpiece and receiver. The design was known as the candlestick design and newer versions had a dial on the front so a person could call numbers directly. Before the ’20s, when making a phone call you would have to contact an operator first who would then connect the call for you. You can tell that a phone is old just by looking at it, but with words, not so much—check out the words coined the year you were born. 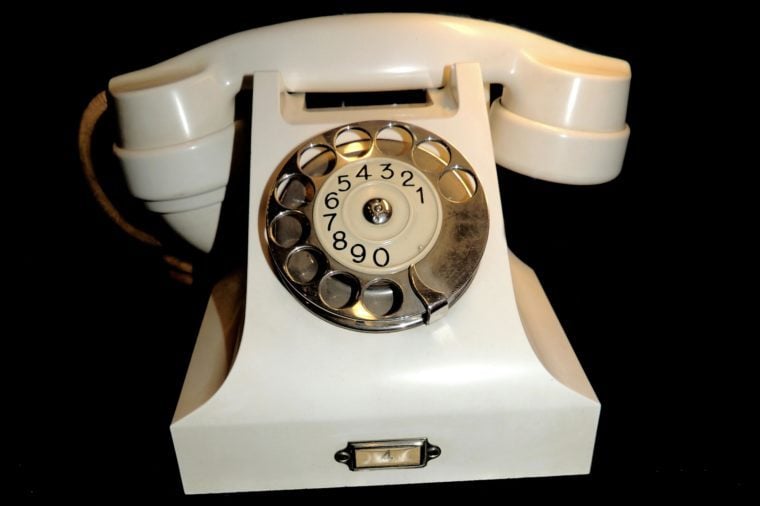 In the 1930s, it was common to see rotary phones in people’s homes. Many think of this type of phone as the first “modern” telephone because you would speak into and listen from the same unit. 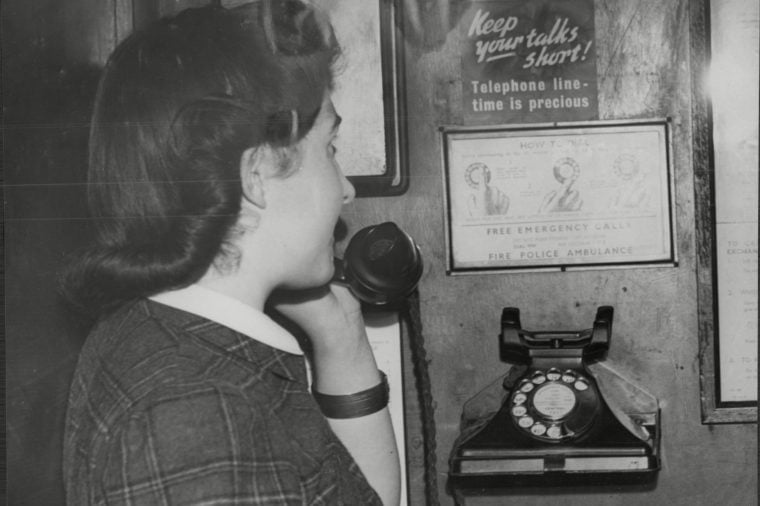 As telephones evolved, they became much more comfortable for the user. People could easily get their hand around the phone and the receiver fit nicely against their ear. In the ’40s, it was still a luxury to have a telephone in your house. Callers that used public phones, like the one pictured above, were encouraged to keep their conversations short. Check out the most popular candy the year you were born. 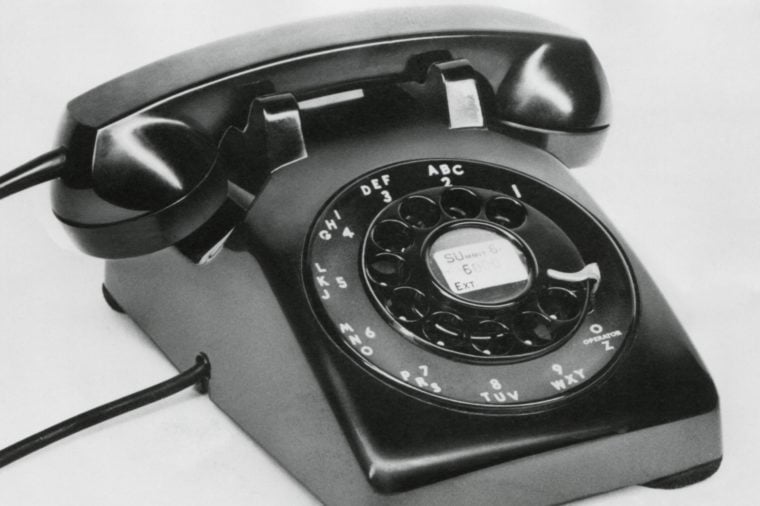 The design of the telephone didn’t change much from the ’40s to the ’50s, but the mechanics of it sure did. If you look closely, you’ll notice that the numbers and letters are placed around the rotary so that people could view them more easily when dialing, and it also had an adjustable volume control. This style phone is the Western Electric model 500 Rotary. It was designed by Henry Dreyfus and was used as the Bell System’s mainstay telephone from the 1950s through the 1980s. 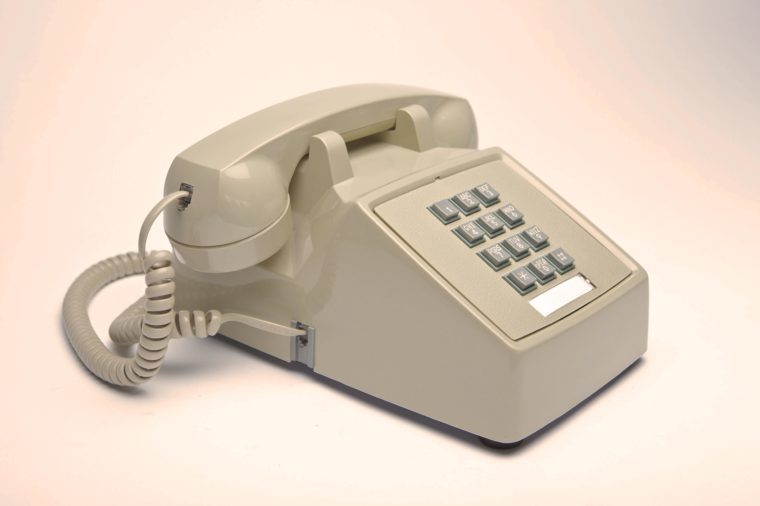 Phones in the 1960s moved away from the rotary style and introduced push buttons. The Western Electric 1500 had ten buttons. In 1968, the 1500 series was replaced with the 2500 series which added the * and # keys for a total of 12 buttons. If you’re curious about what else came out the year you were born, take a look at the most popular toys from every year. 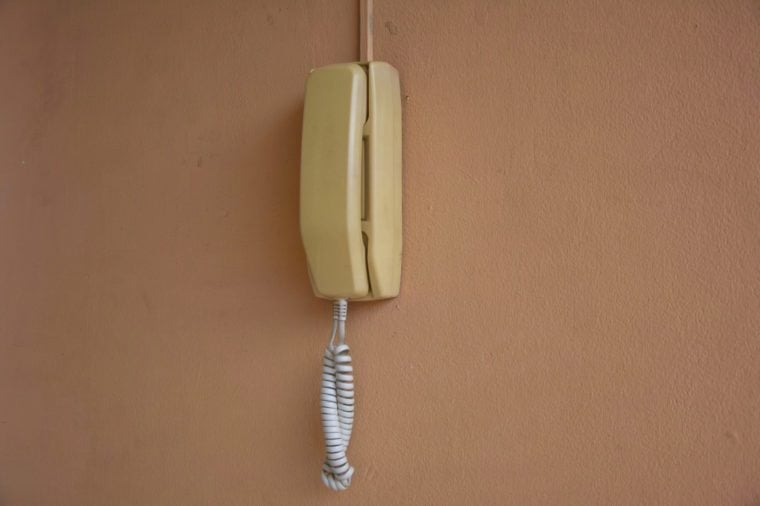 One of the biggest changes to phone in the ’70s was that many models featured the dial pad on the handset itself. Depending on how old you are, you probably had one of these phones mounted on the wall in your kitchen. 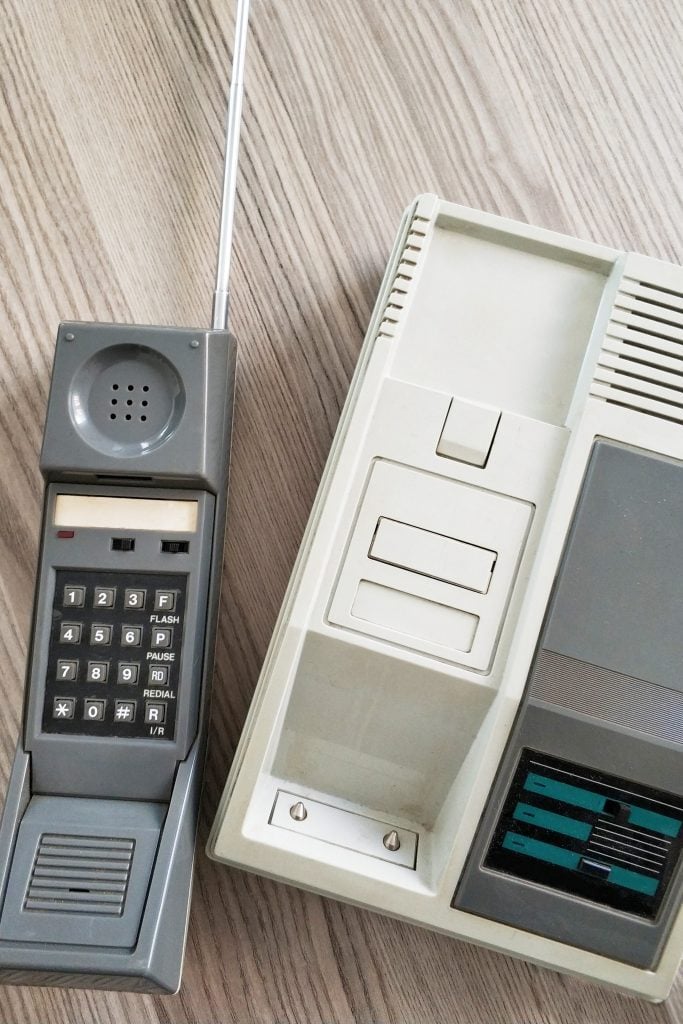 The cordless phone was introduced in the 1980s. Now, people were finally free to roam around their house while chatting on the phone. The invention of the cordless phone was a big step in the transition from landline to cellular phones. Here are the most popular Halloween costumes the year you were born. 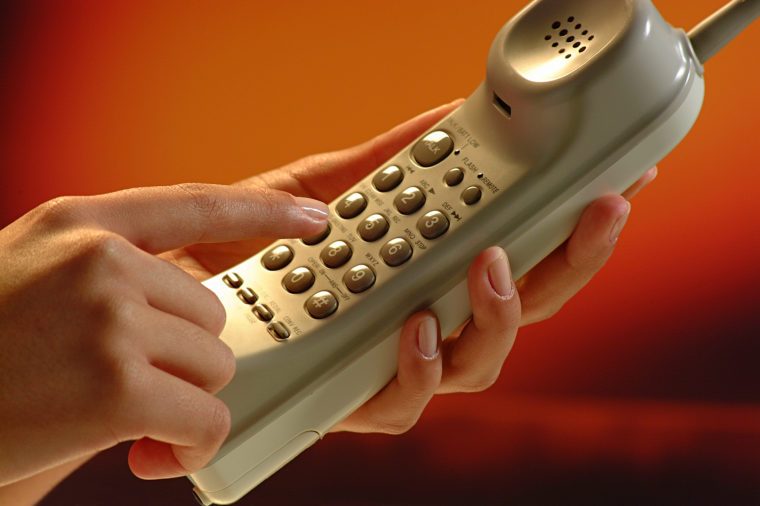 Cordless landlines became more of a household fixture in the ’90s—but, at the same time, the focus was ever so slowly starting to shift to cellphones. 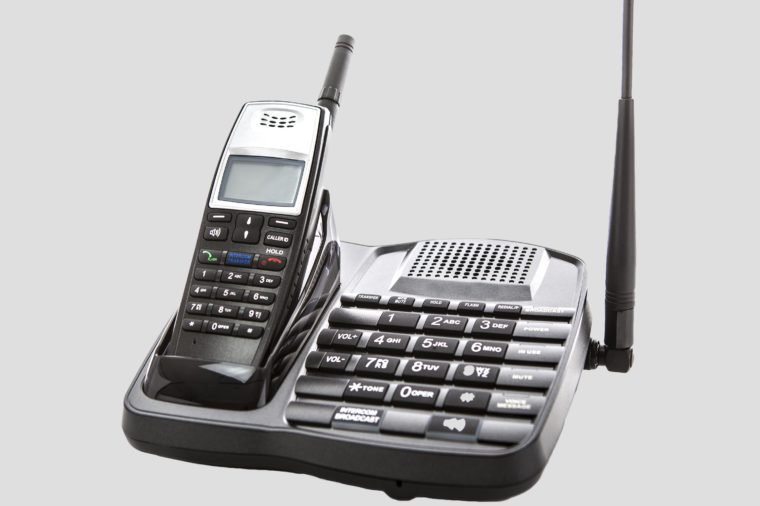 Throughout the 2000s, telephones continued to become smaller and more modern looking. They also incorporated new features such as three-way calls, speakerphone, and caller ID. However, the 2000s saw many people ditching their landline altogether and opting for a cellphone or smartphone as their primary phone. Life has changed a lot since all this new technology was invented, especially the way kids play. These vintage photos show what childhood looked like before technology.