Think your own mom can be a bit much sometimes? Imagine if your mother was Her Majesty the Queen.

Their mummy, the Queen

For Prince Charles, Princess Anne, Prince Andrew, and Prince Edward, sharing a mother with the Commonwealth was simply a reality growing up, leading to some incredible—and incredibly bizarre—situations.

To make matters more complicated, when Queen Elizabeth II had Charles and Anne, she was in her twenties and engaging in intense trial-by-fire training, meaning she had to place Crown and Country above all else. But for Andrew and Edward—born more than ten years later—the Queen had finally relaxed into her role as monarch and was able to actually enjoy being a mother.

From the good to the bad and everything in between, this is what it’s really like having Queen Elizabeth as your mother—and these are the most shocking family feuds in the royal family.

She’d leave for months at a time

Throughout her reign, the Queen has frequently taken long trips to foreign countries, but none more controversial than the punishing overseas tour of the Commonwealth she embarked on in 1953. Over the course of six months, Elizabeth visited 13 countries—including Australia, New Zealand, Bermuda, Jamaica, and Uganda—when Charles was three years old and Anne was just a toddler, leaving them home. Only 22 herself, the Queen had been monarch for just a year and a half. The Queen also left Charles and Anne behind for long stretches while visiting Philip in Malta, a time that has been described as the happiest of her life, but which reportedly saddened the Queen Mum.

Charles and Anne were mostly raised by nannies

Although the young Queen was thrilled to be a mother, Prince Charles is quoted as saying the nursery staff were the ones who helped raise him, teaching him to play, punishing and rewarding him, and even watching his first steps. Still, it’s important not to be too harsh on the Queen. Historian Robert Lacy has said the Queen was simply recreating how she was raised, with her own parents, King George VI and Queen Elizabeth, frequently entrusting her to the care of staff and tutors. Reminiscent of Downton Abbey, the Queen and Duke of Edinburgh would see the children after breakfast and teatime.

Charles has been groomed for the throne his entire life—as the longest-serving Prince of Wales in history, he’s been in waiting for more than 50 years—and yet Charles won’t become King until the sad day when the Queen dies. However, as emotionally complicated as that fact might be for the Queen herself, it doesn’t mean she can’t imagine what the reign of the likely King Charles III might look like. In fact, the protocol around the process of ascension has been highly planned in advance. Meanwhile, here’s everything else you need to know about Charles becoming King.

One of the reasons Prince Andrew has gotten such a pass following the Jeffrey Epstein scandal, people speculate, is because he’s the Queen’s favorite child. Why? A full ten years younger than Charles, Andrew was born when Elizabeth had already been Queen for eight years, allowing her to relax and take time off. She took a full 18 months off after Andrew’s birth and enjoyed taking care of him herself, a luxury she didn’t have with Charles and Anne. It’s also been said that Andrew’s birth marked a new era for Elizabeth and Philip’s marriage, with Andrew as their so-called love child. Don’t miss these 16 rarely seen photos of Elizabeth and Philip.

She won’t let them eat garlic

No, really. According to one of the Queen’s former chefs, Darren McGrady, garlic is a no-go-zone for all members of the royal family and is reportedly outlawed because of the sheer number of public conversations and duties they undertake. Camilla, the Duchess of Cornwall, confirmed the rumor during an appearance on MasterChef Australia, saying, “I hate to say this, but garlic. Garlic is a no-no.” Here are more bizarre eating habits of the royal family. 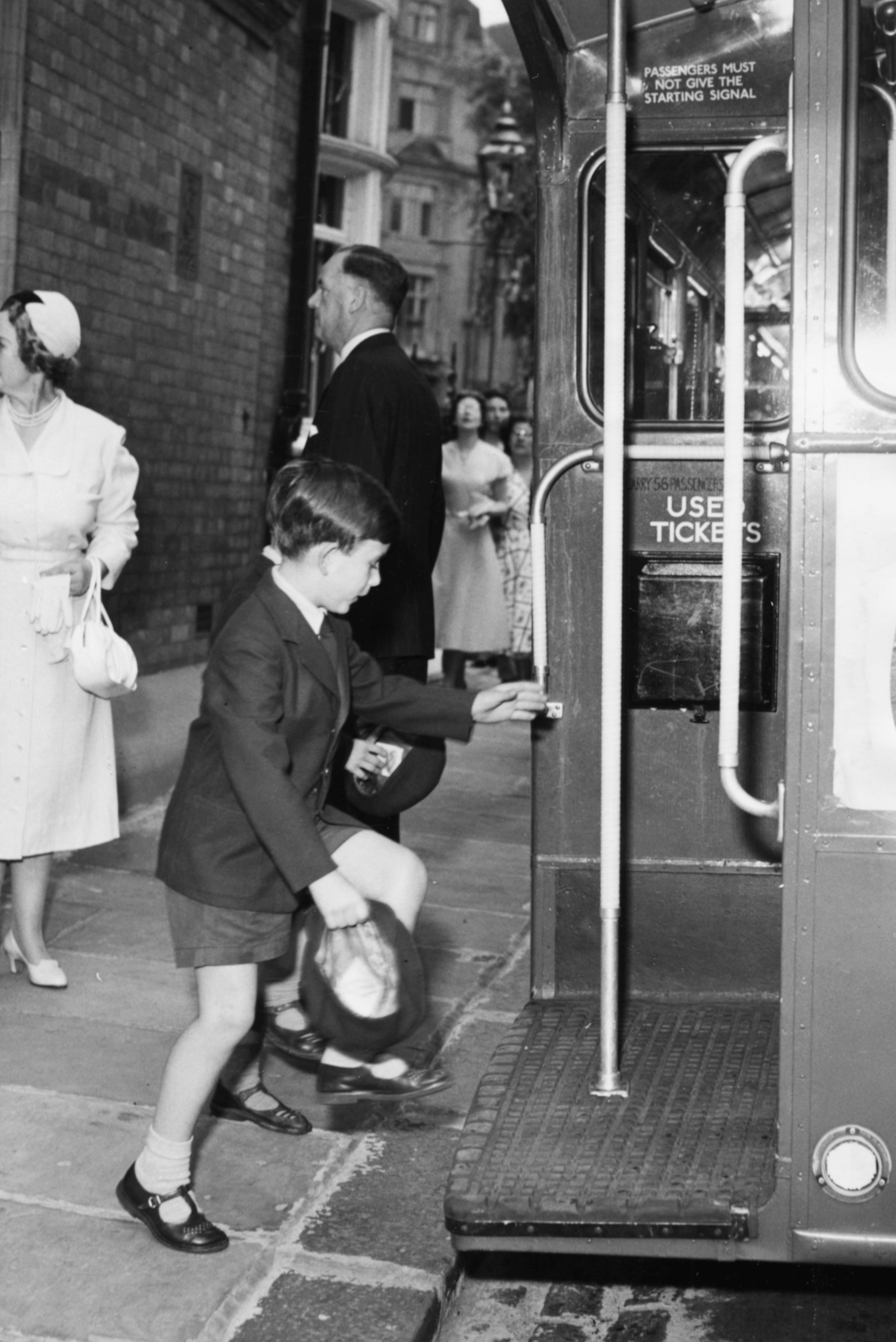 Trying to toughen him up, Philip sent Charles to his own alma mater, the famously difficult boarding school Gordonstoun in a remote part of Scotland. (Every morning began with an ice-cold shower.) However, when Charles fell sick there with the flu in 1957, the Queen chose to write him a letter before embarking on a royal tour of Canada, rather than visiting. Sadly for Charles, history repeated itself four years later, when she stayed on tour in India rather than visiting him during another bout with illness. These are more facts the Queen would rather you not know about Prince Charles.

The Queen chose to breastfeed

Despite what people might expect because of the Queen’s stereotypically upper-class British reserve—not to mention the aristocratic and royal tendency to leave the bulk of childcare duties to staff or hire wet nurses—Elizabeth happily chose to breastfeed all four of her children, like her mother, the Queen Mum, before her. (By contrast, however, Elizabeth’s sister Princess Margaret reportedly did not.) Here are 23 rarely seen photos of the British royals throughout the years. 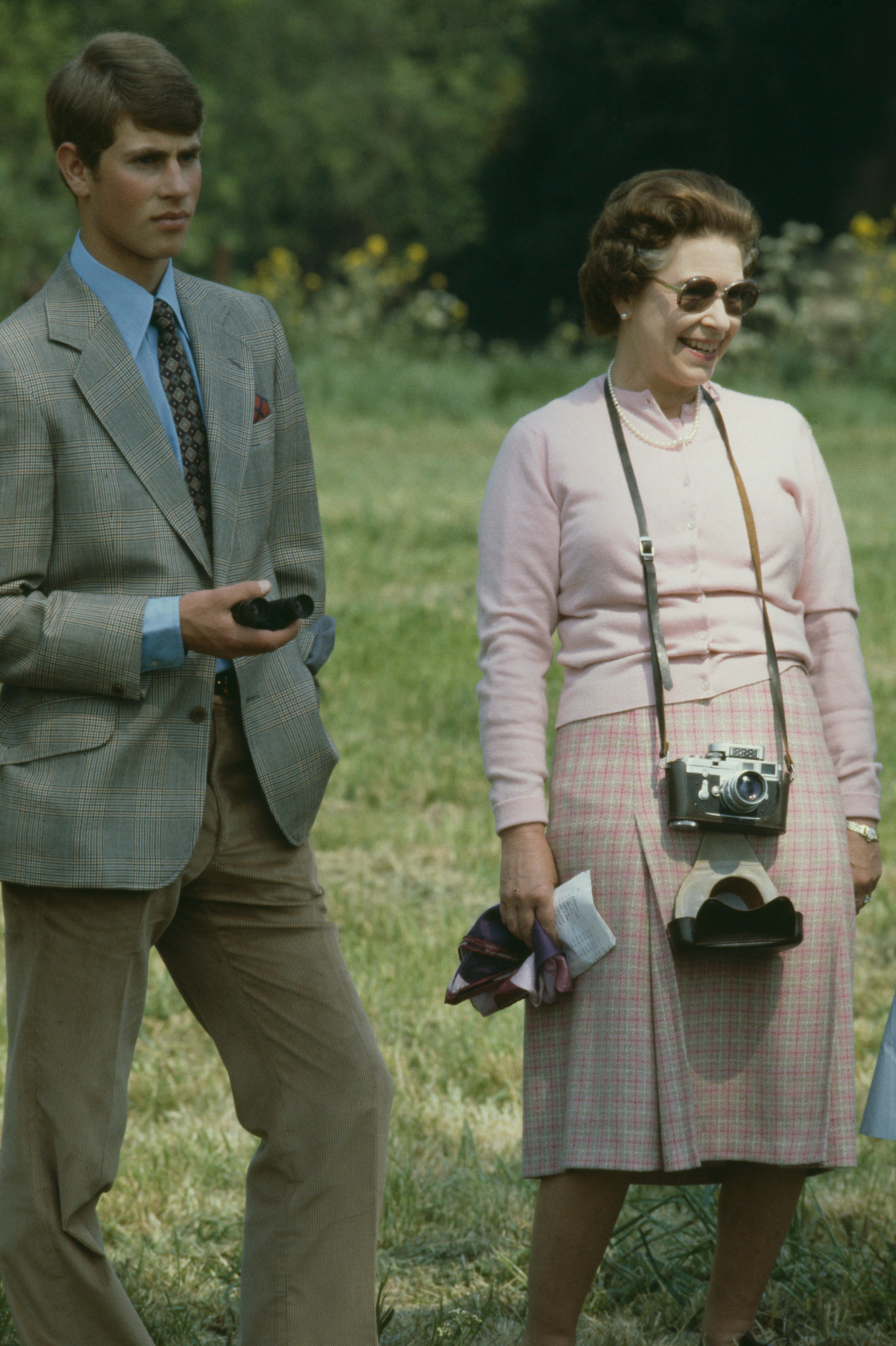 She was embarrassed by Prince Edward’s reality TV moment

In 1987, the Queen’s youngest child Prince Edward produced a charity reality-variety show and competition starring the royal family called It’s a Royal Knockout. It featured Prince Edward, Princess Anne, Prince Andrew, and the Duchess of York competing alongside celebs like John Travolta and Christopher Reeve in a series of silly challenges and events. The program might have been a ratings success (more than 18 million viewers tuned in) but it was widely considered one of the biggest royal disasters of all time and hugely embarrassed the Queen, especially when a petulant Edward stormed out of a post-show press conference. 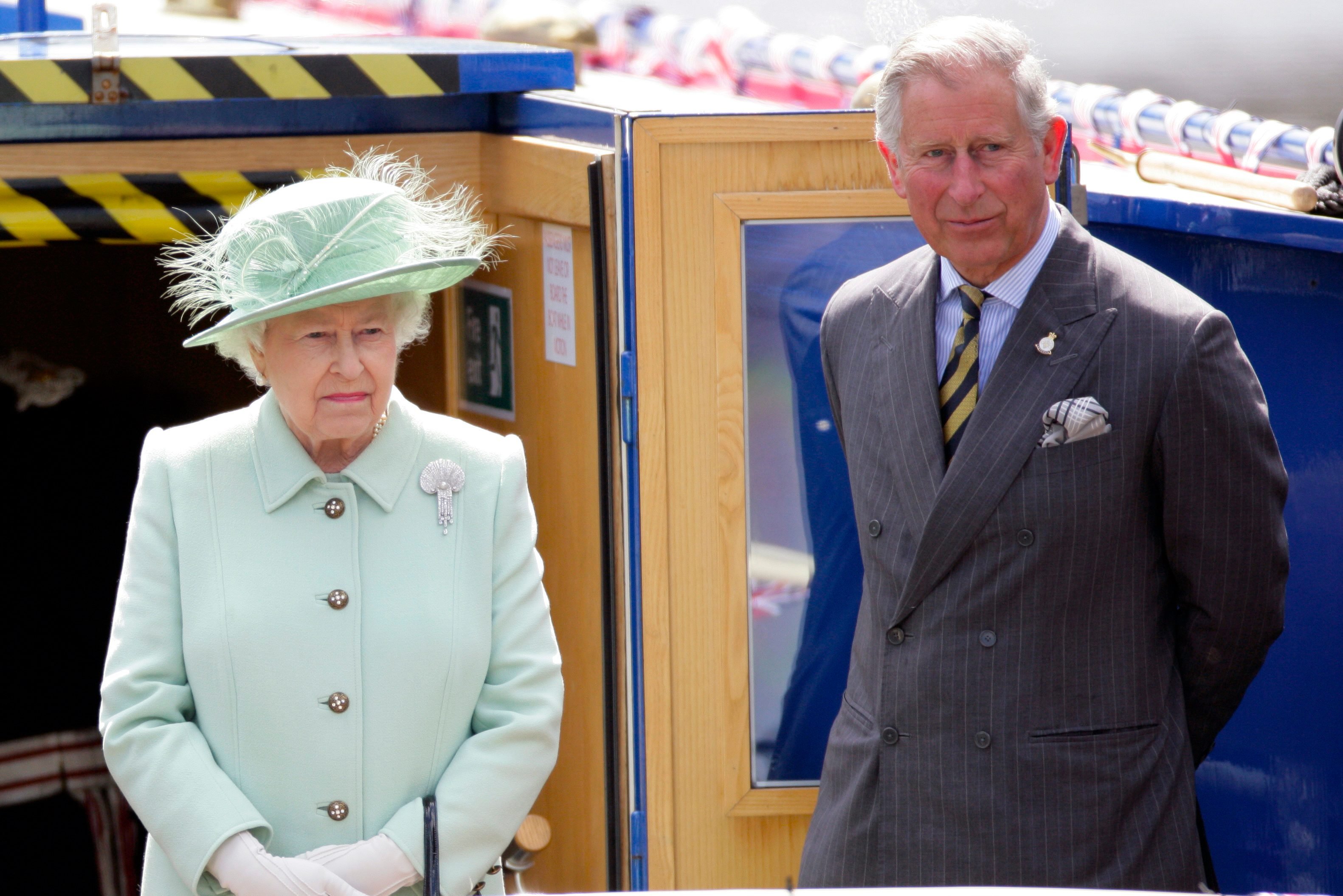 Charles thinks she was detached

In season 3 of popular Netflix show The Crown, the relationship between Prince Charles and the Queen is often hopelessly strained, with the Queen frequently displaying coldness and disappointment at Charles’s choices. In real life, their relationship was more complex, with clear love but a lack of tangible affection. Charles himself has pointed to their complicated relationship by describing his mother as “not indifferent so much as detached.” Here’s what else The Crown gets wrong about the royal family.

But to Anne, she was just like any other mother

Practical Anne, known to be brusque and similar in temperament to Prince Philip, takes a different view of her relationship with Elizabeth. “We as children may have not been too demanding in the sense that we understand what the limitations were in time and the responsibilities placed on her as monarch in the things she had to do and the travels she had to make,” Anne reportedly told the BBC in 2002. “But I don’t believe any of us for a second thought she didn’t care for us in exactly the same way as any other mother did.” It likely helped that Anne and Elizabeth also bonded over horses, one of the Queen’s true passions, with Anne a hugely successful equestrian, even competing in the Olympics. Learn why Princess Anne doesn’t shake hands with the public.

After the fallout from Prince Andrew’s Epstein scandal and subsequent interview, the Queen has repeatedly sent the message that she privately supports the disgraced Andrew. Soon after his widely-panned interview, the Queen was publicly seen riding with Andrew across the grounds of Windsor Castle, while earlier this year, he closely followed behind the Queen as they attended church service in Norfolk. Here’s the scoop on what really happens when a royal family member gets fired.

She raised a tough-as-nails daughter

In 1974, 23-year-old Princess Anne was nearly kidnapped at gunpoint while riding in a Rolls Royce down the Mall in London with her then-husband Mark Phillips. A gunman reportedly approached the car, gun drawn, and ordered Anne to get out. Her infamous reply? “Not bloody likely.” In the ensuing scuffle—between the gunman, a passerby, a police officer, and Anne’s bodyguard—the Princess Royal did a calculated backward somersault out of the opposite side of the car, only to catapult back in when the gunman tried to approach the other side. These are 13 royal scandals that shocked the world.

Being a mum is what truly matters

When Kate Winslet was awarded the honor of a CBE at Buckingham Palace in 2012, she and the Queen enjoyed some heartening small talk about being mothers. Elizabeth asked the Academy Award-winning actress if she liked her job, and Winslet—a mother of two children at the time—replied yes, adding, “but I love being a mum even more.” Incredibly, considering her position as arguably the most famous and influential woman in the world, the Queen agreed with Winslet. Her sweet reply: “‘Yes,’ she said, “It is the best job.” Wondering what it’s like for the royals day-to-day? Here are the surprising jobs the royal family actually holds. 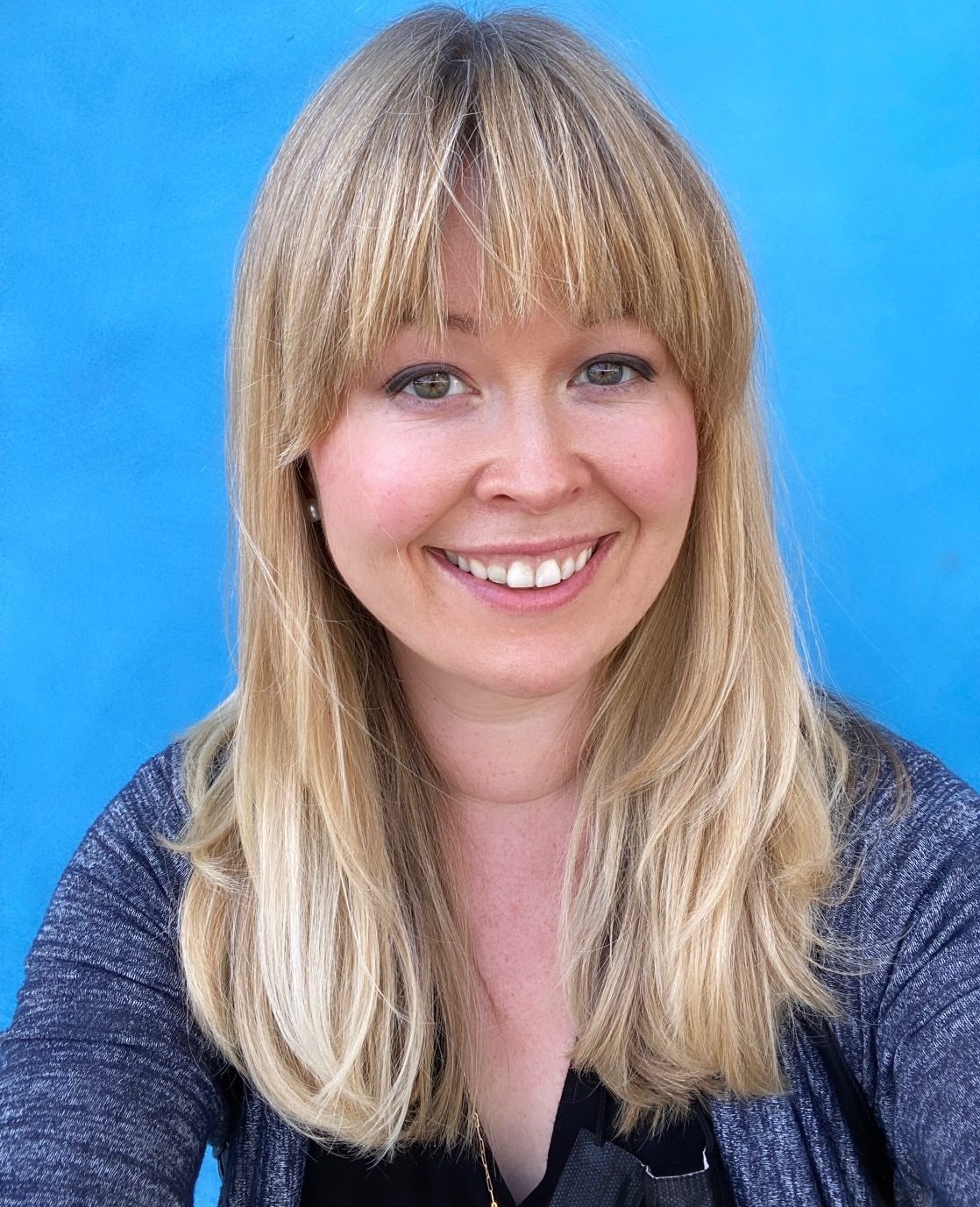 Nadine Jolie Courtney
Nadine Jolie Courtney is a lifestyle writer with over 20 years’ experience covering beauty, travel, health, parenting, royalty, and more, and a former editor at several major newsstand magazines. A graduate of Barnard College, Nadine is also a TV/feature writer and the author of four books, including the award-winning novel All-American Muslim Girl, a YALSA Best Fiction for Young Adults book of 2021.