Why We’re Still So Fascinated with Princess Diana

More than 20 years after Princess Diana's fatal car crash, "The People's Princess" continues to live large in our collective hearts and minds. 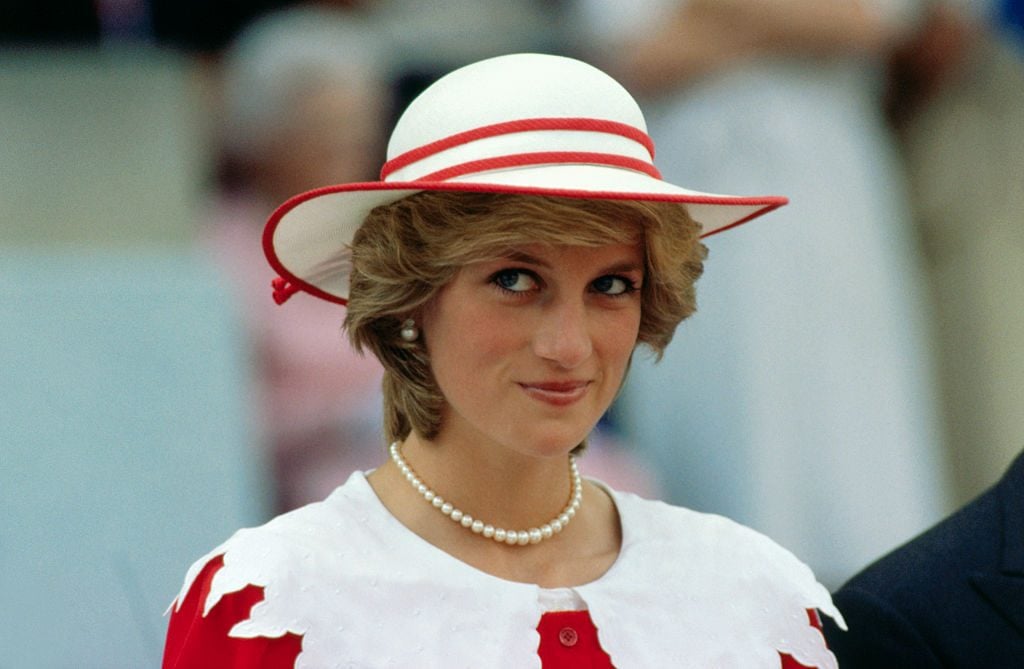 A princess for the ages

There’s no shortage of references and tributes to Princess Diana in modern culture—her “revenge dress” is still the standard for exes who want to steal the spotlight and movies are still being made about her life. Young women especially have kept her memory and message alive through their endless fascination with the Princess of Wales. From her fashion and her attitude to her heartbreaking death at age 36, we are breaking down the real reasons Americans, and the world, just can’t forget “The People’s Princess.” Find out the secrets we learned about Princess Diana only after her death. 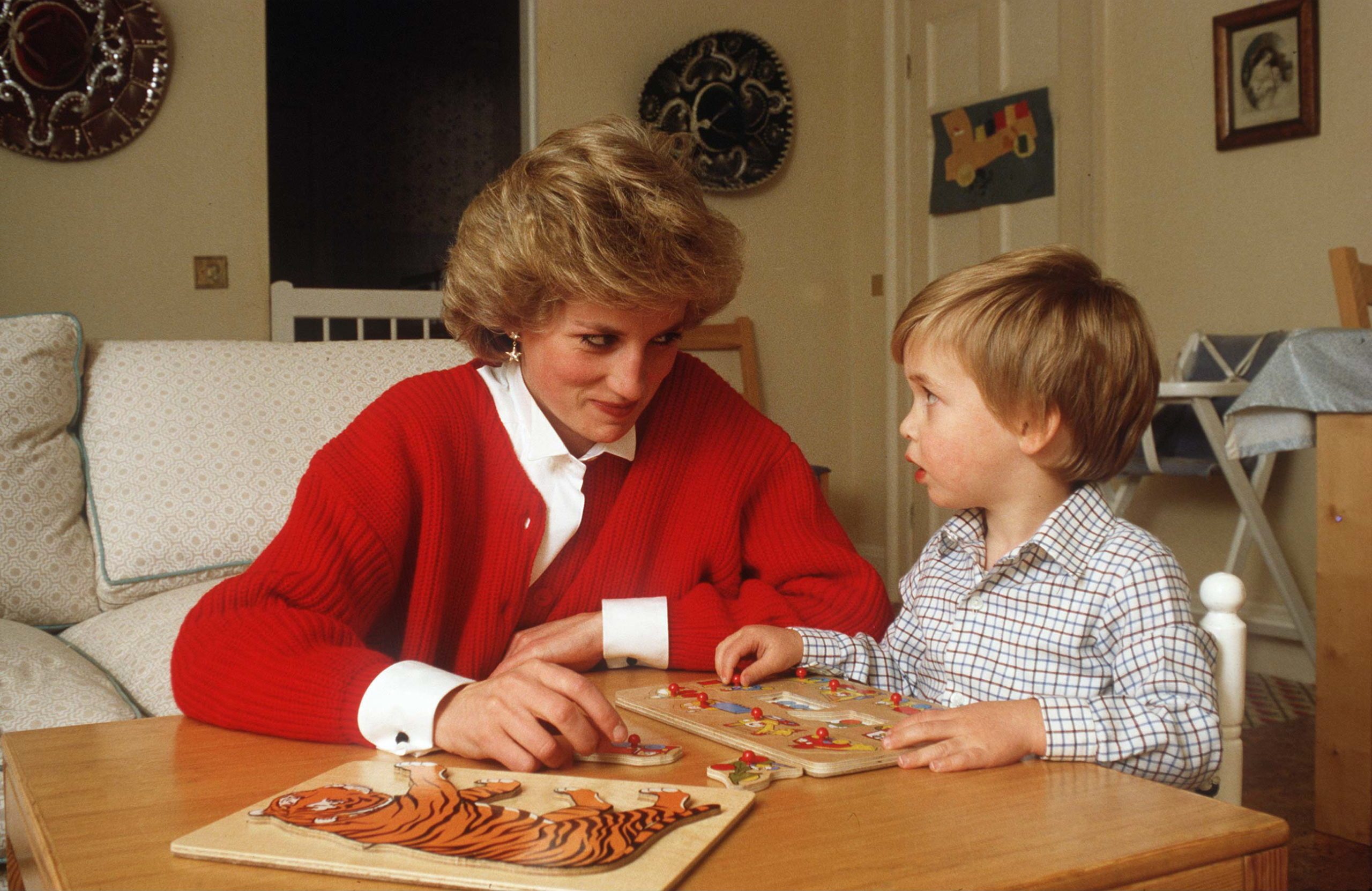 Just your (above average) royal mom

Diana’s involved parenting style seemed to break the royal tradition of outsourcing many mothering tasks (aside from posing for family photos) to nannies and caregivers. On the contrary, the fashionable Princess Diana was one of the first royals to reportedly want to breastfeed, according to ABC News. She brought her two sons, William and Harry, outside the palaces and was even one of the first royal parents to send her child to public school, a vastly different experience from her own prestigious boarding school upbringing. She reportedly welcomed the boys running into her room in the morning in pajamas to her open arms, as “regular moms” everywhere can relate to. Even today, William and Harry credit their worldly mindset with their mum taking them to see how the rest of the world lived and struggled outside the palace. 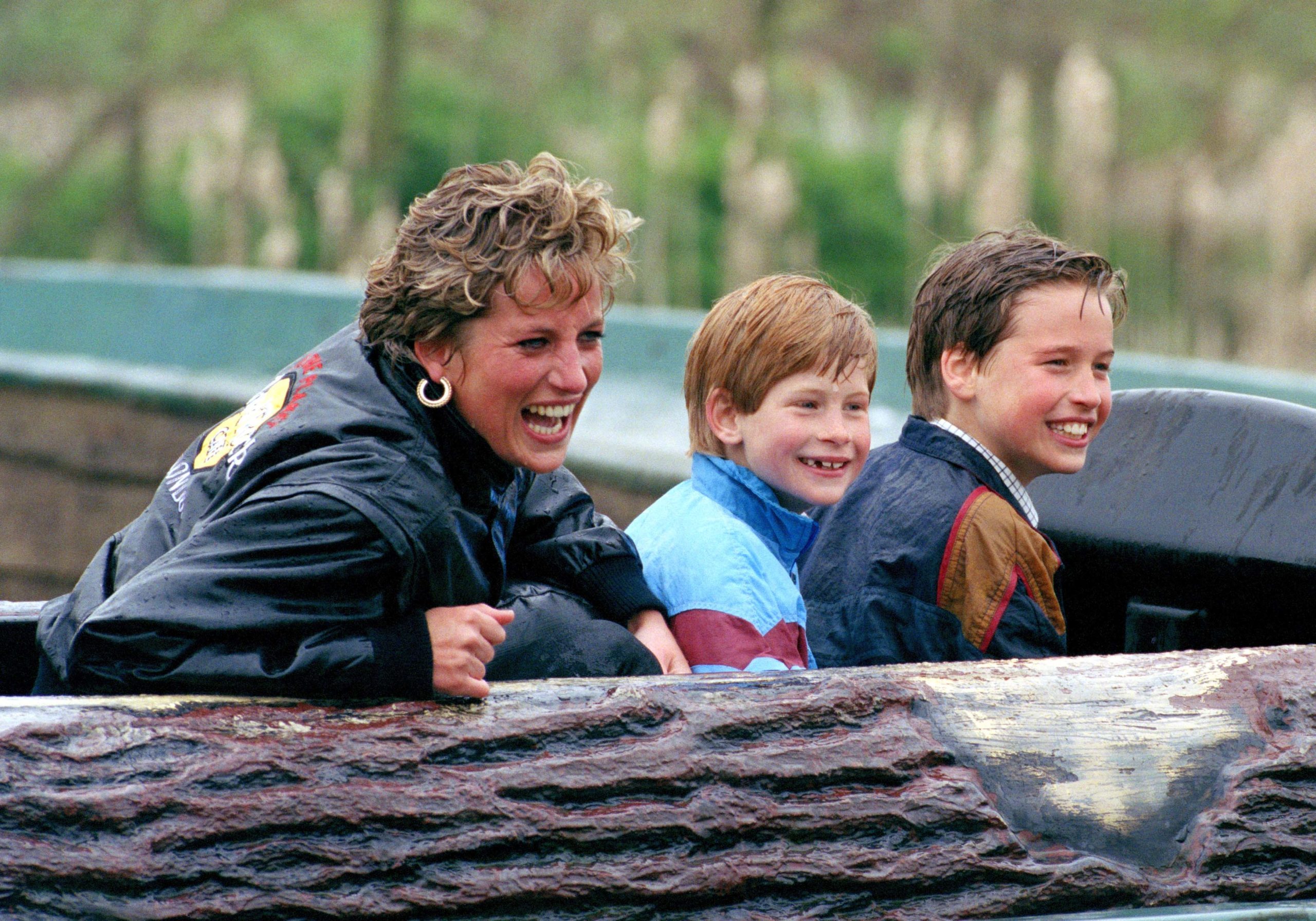 She valued time with her children above all else

It wasn’t custom for royalty to bring babies or children along as they took trips or traveled outside the palace. That is until Diana established herself as one of the original “bring your baby to work” pioneers in 1983. “Diana and Charles bucked the royal trend of separation by taking nine-month-old William, as well as his nanny, with them on the six-week tour to Australia and New Zealand,” royal expert Christopher Warwick said to Harper’s Bazaar. Parents around the world can relate to not wanting to be separated from their children for work functions, and Diana showed everyone that maybe we don’t always have to be. Even still, royals still have to follow these 14 parenting rules. 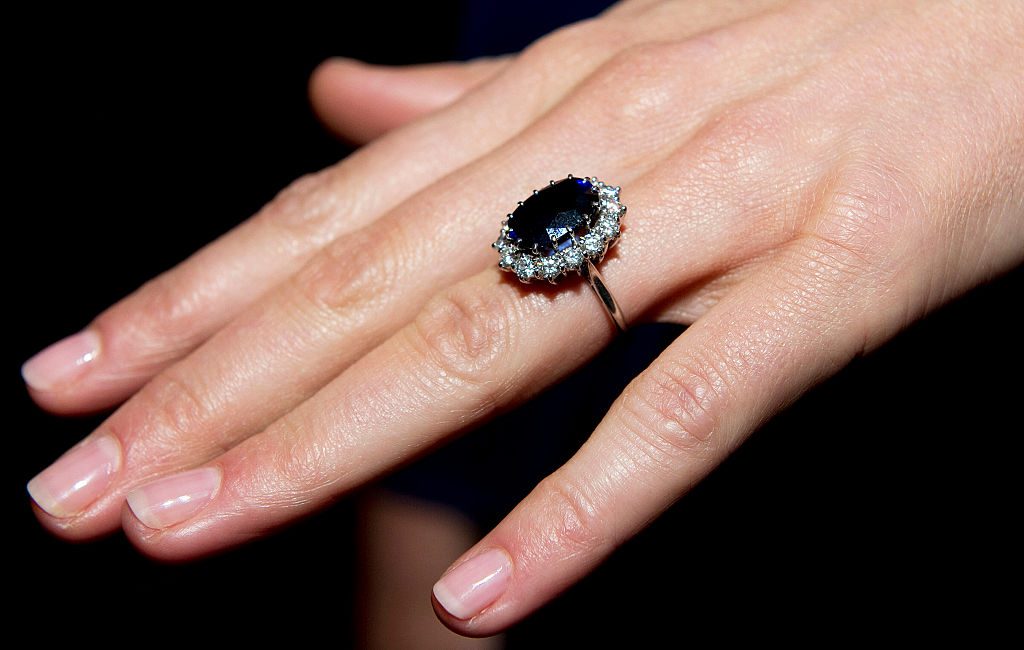 She didn’t always play by the rules

Princess Diana selected her infamous blue sapphire engagement ring on her own from a catalog, much to the monarchy’s chagrin. Vogue reports some royal family members and other critics looked down on her selection because anyone with $60,000 to spare could purchase it and therefore it wasn’t considered unique or exclusive enough for someone in her position. Some speculate that Diana chose it because it reminded her of her mother’s engagement ring and she must have loved it because she continued to wear it occasionally even after her divorce. Here’s more on why Princess Di’s ring infuriated palace officials. 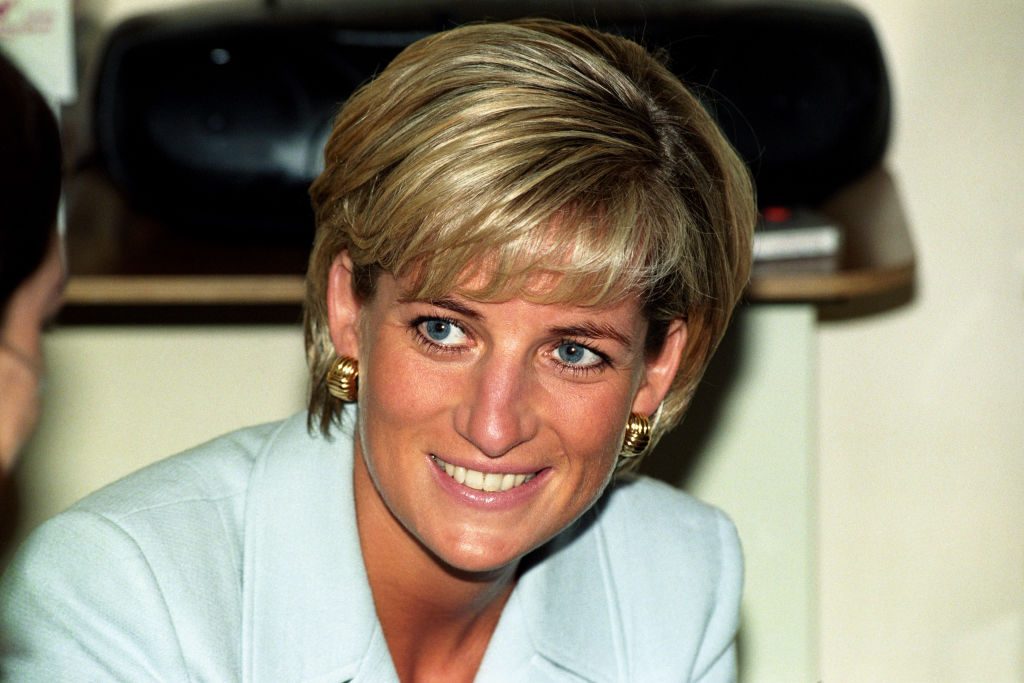 Her haircut had women everywhere heading to the salon

Sam McKnight, Princess Diana’s longtime hairstylist, said in an interview with Today, that her iconic short haircut almost never happened. In 1990, McKnight had fashioned her then shoulder-length hair up with a tiara to look shorter than it was. The look inspired the short haircut that he gave her after she told him he could have “free reign” to choose her new do. McKnight gave her a textured pixie that would become the focus of the media’s attention for quite some time. According to him, Diana’s haircut garnered so much attention because it was a blunt change from the “big shoulder pads and frou-frou styles of the ’80s.” Here’s more on the story of her famous haircut. 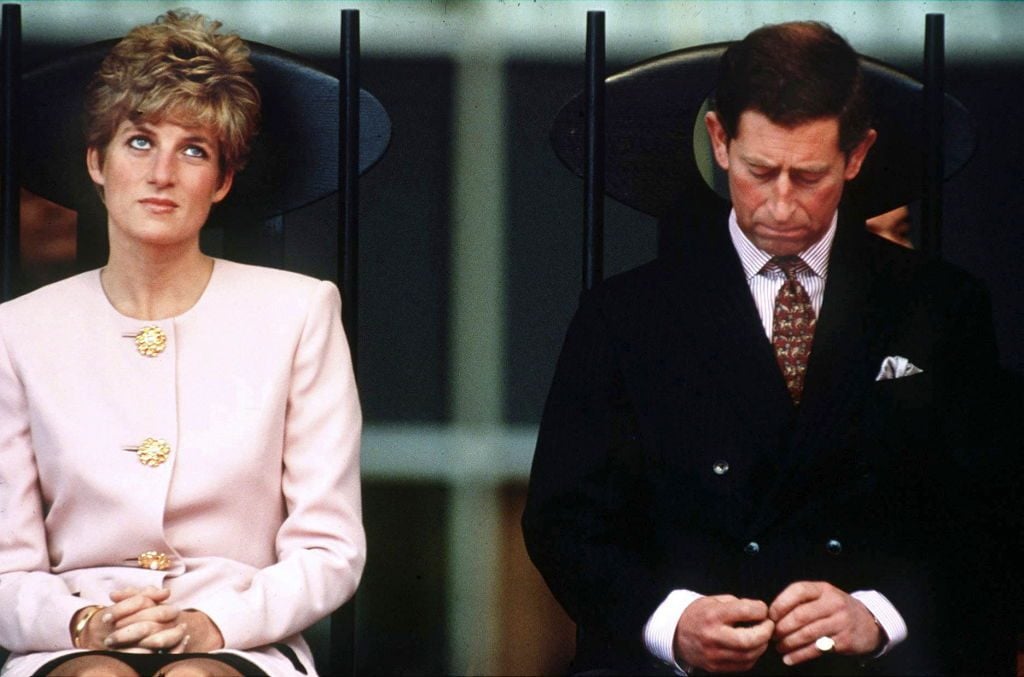 She seemed to have “real problems”

It’s no secret that Princess Diana’s marriage to Prince Charles was an unhappy one. In 1992, the couple separated and finally divorced in 1996. In her autobiography, Diana: Her True Story—in Her Words, she outlined her personal struggles with her husband’s affair, an eating disorder, and even suicidal thoughts that she had as a result of her crumbling marriage. While many celebrities and royals seemed to have the picture-perfect Instagram worthy personal life, Diana wasn’t one of them, which only serves to make her even more relatable to us. Here’s what really happened between Prince Charles and Princess Diana.

She is a timeless fashion icon

From her formal wear to her everyday retro ’90s fashion, Princess Diana’s look was envied by women in the ’80s and ’90s—and today. Eleri Lynn, curator of the current Kensington Palace exhibition Diana: Her Fashion Story told UK publication Grazia in 2017 that Diana’s on her way into timeless fashion icon territory alongside Audrey Hepburn and Jackie Kennedy. “‘The nostalgia element is definitely there, a lot of the looks associated with her—frills, pie-crust collars—are all over the high street at the moment.” Take a walk down memory lane with these 15 photos of Princess Diana’s most iconic looks. 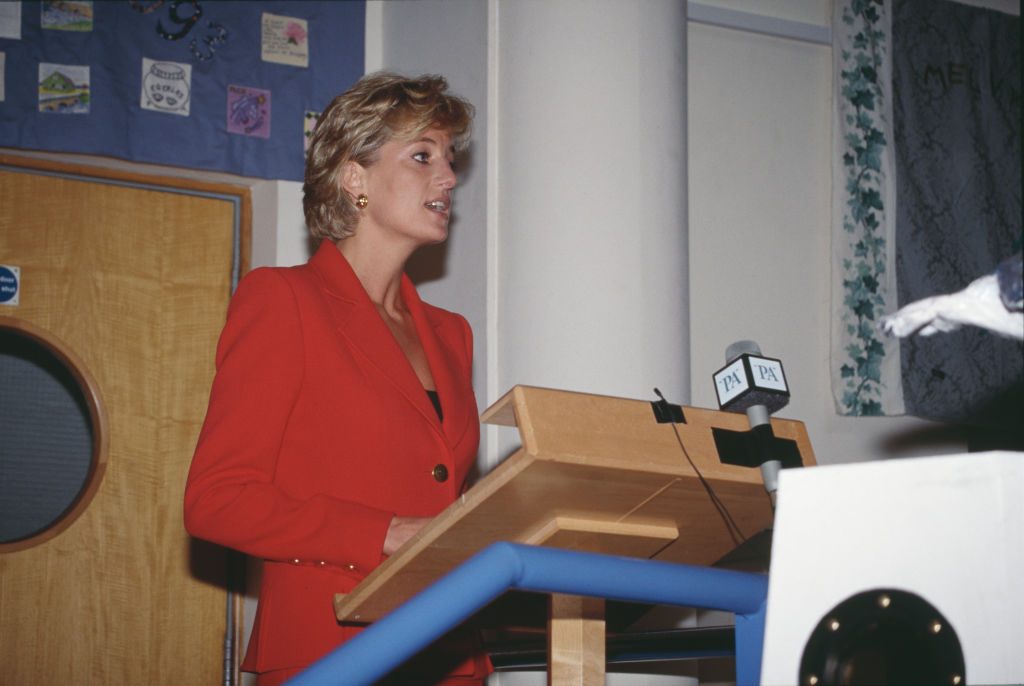 What princess shakes hands with an AIDS victim in front of the media to show everyone that’s not how it’s contracted? That’s exactly what Princess Diana did in 1987, without gloves no less, challenging the world’s perception of the disease. BBC reports that she “showed in a single gesture that this was a condition needing compassion and understanding, not fear and ignorance.” That same year, Diana established the UK’s first exclusive HIV/AIDS treatment facility. 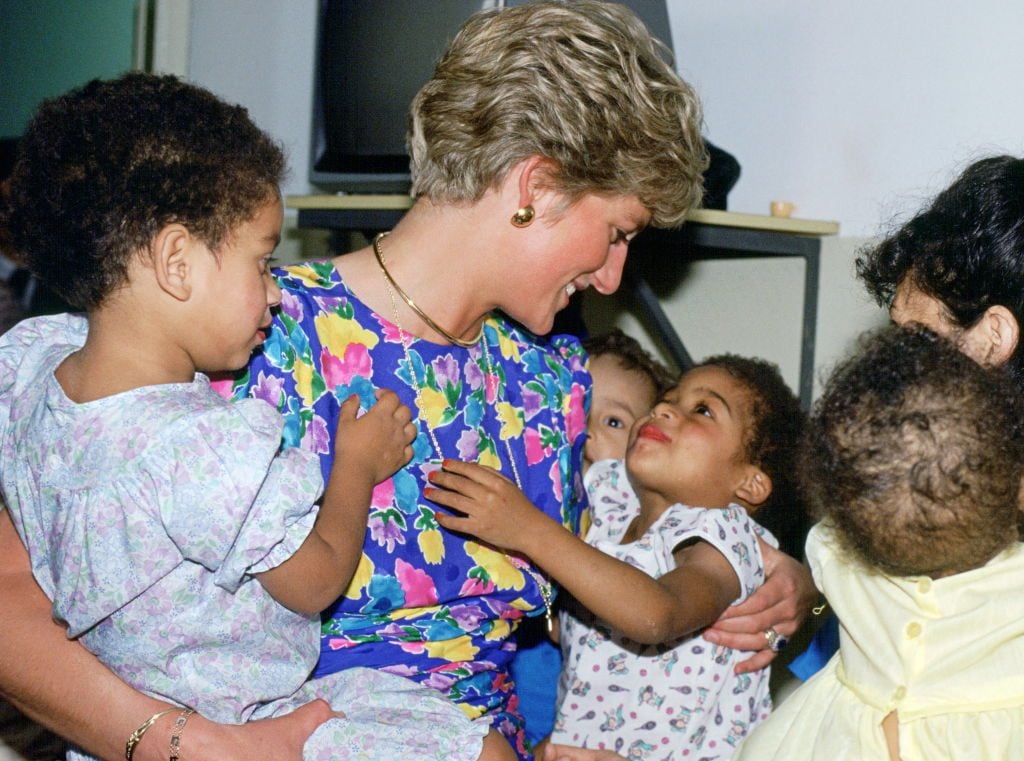 The former teacher was a passionate children’s advocate

Before she was famous, Princess Diana was both a nanny and a kindergarten teacher—and her work for children didn’t stop when she joined the royal family. Among her many efforts to promote awareness of issues adversely affecting children, Diana visited a Brazil hostel for abandoned children struggling with AIDS. She was also on a mission to help homeless people, especially at-risk youth: “Diana was an advocate of Centrepoint, a [U.K.] charity that helped young and homeless people off the streets, by becoming its patron in 1992. Her work at the charity involved helping youth between the ages of 16 to 25 find shelter, food, and a job,” Time reported. In 1997, Diana made headlines again when she visited Angola, one of the most mine-ridden countries. Wearing protective gear she walked through a field to raise awareness about the dangers of land mine explosions. She spent time with victims of landmine explosions, including children, and her famous images along the walk circulated quickly through the international media and raised further awareness of the issue. 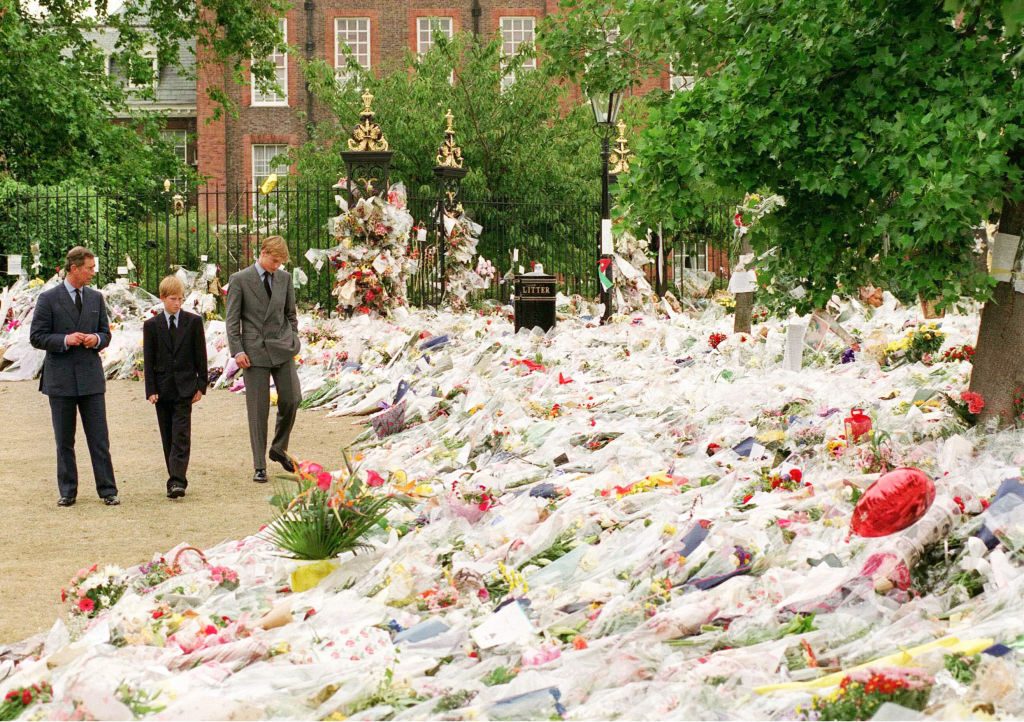 Her death was bizarre, sudden, and heartbreaking

Diana spent the final weeks of her life happy with Dodi Fayed, a new love interest, and a continued passion for advocacy for humanitarian causes until it all came to a tragic end. Diana fans around the world watched in awe on August 31, 1997, as the young mother and advocate for so many causes died tragically in a car crash in Paris that by all accounts could have been avoided and may have been caused by overly aggressive paparazzi. Her heartbreaking death ranks up there among events in which “we remember where we were when…” as do other emotionally shocking moments. For millennial young women especially, who were in their preteens or slightly younger, seeing her sons attend their mother’s funeral was tough to watch. 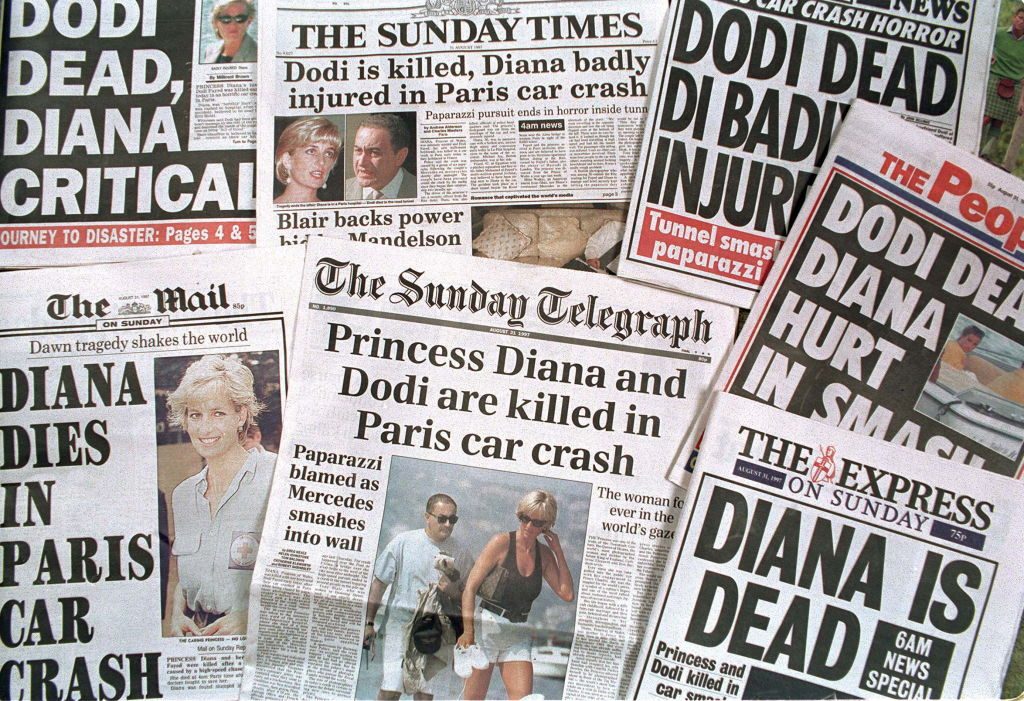 Many conspiracy theories make her death more perplexing and complicated

Another reason people simply can’t stop talking and reading about the princess is that the events surrounding her death weren’t clear cut. Conspiracy theories continue to circulate, perpetuated by both valid and invalid sources. These include that she was pregnant with Fayed’s child, her bodyguard was in on it, she didn’t get the medical help that could have saved her life, and these other unfounded conspiracy theories. 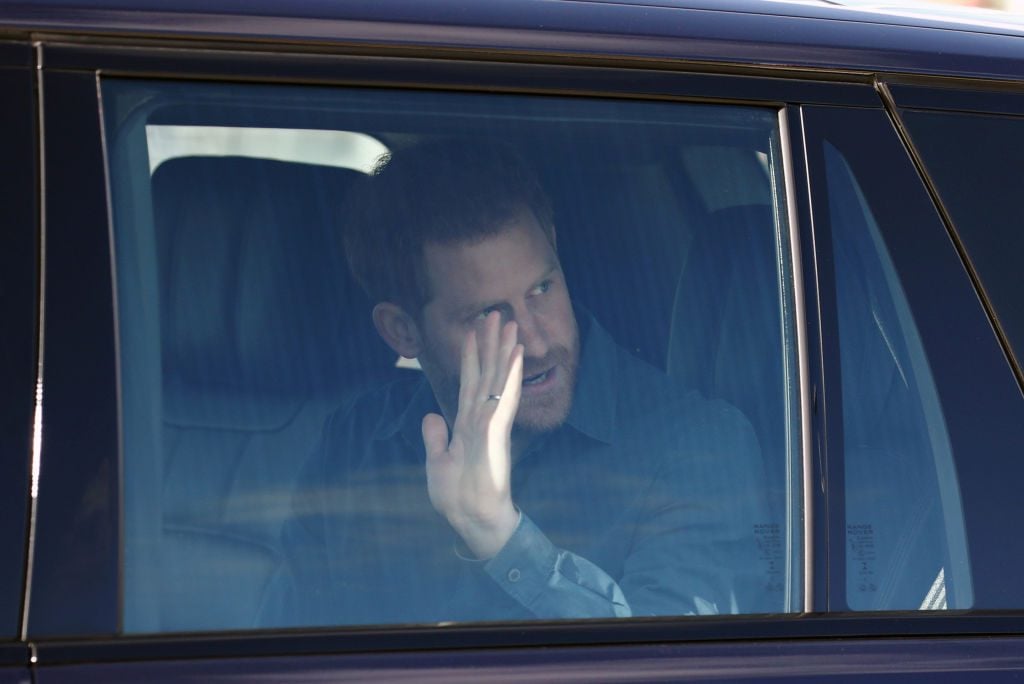 Prince Harry and his American wife Meghan Markle recently split from the royal family to forge their own path. One of the main reasons was that Prince Harry wanted to spare his wife from the same “powerful forces” that led to his mother’s death after Markle was the victim of multiple media scandals, BBC reports. A generation has followed the two princes’ journey through life without their mother, and this development has all eyes turned again to the monarchy and reminds us of the tragic circumstances around Princess Diana’s death. Here’s exactly what it means to “step back” from royal duties.

Her legacy lives on

The world gets to watch Diana’s legacy unfold as her sons grow into men of their own with wives, children, careers, and ambitions to make the world a better place. The public stage on which the British monarchy plays out their lives keeps us all invested in Princess Diana’s family. She will remain a beautiful, compassionate, and complicated public figure for decades to come, as generations seek to emulate her personal style, no-nonsense ways, lover for her family, and empathy the world. Next, read on to find out the royal rules Diana changed for good.

Alex Frost
Alexandra Frost is a freelance writer and journalism teacher who covers parenting, health, relationships, communications and business, education, and more for Reader's Digest and other publications. Her work has been featured in Glamour, Parents, Healthline, Today's Parent, Women's Health, and We Are Teachers. She has a Master's in Education and a Bachelor's in journalism/communication from Miami University, and resides in Cincinnati with her three sons under age five. See more of her work at Alexandra-Frost.com.