There are so many variables when it comes to winter travel ranging from the snow delays to the temperature in and out of the plane. So we got the deets from flight attendants about what they always travel with this season.

It’s literally a flight attendant’s job to traverse the world, so it makes sense that they know the best things to bring along on their travels in winter as well as these genius year-round packing tips. 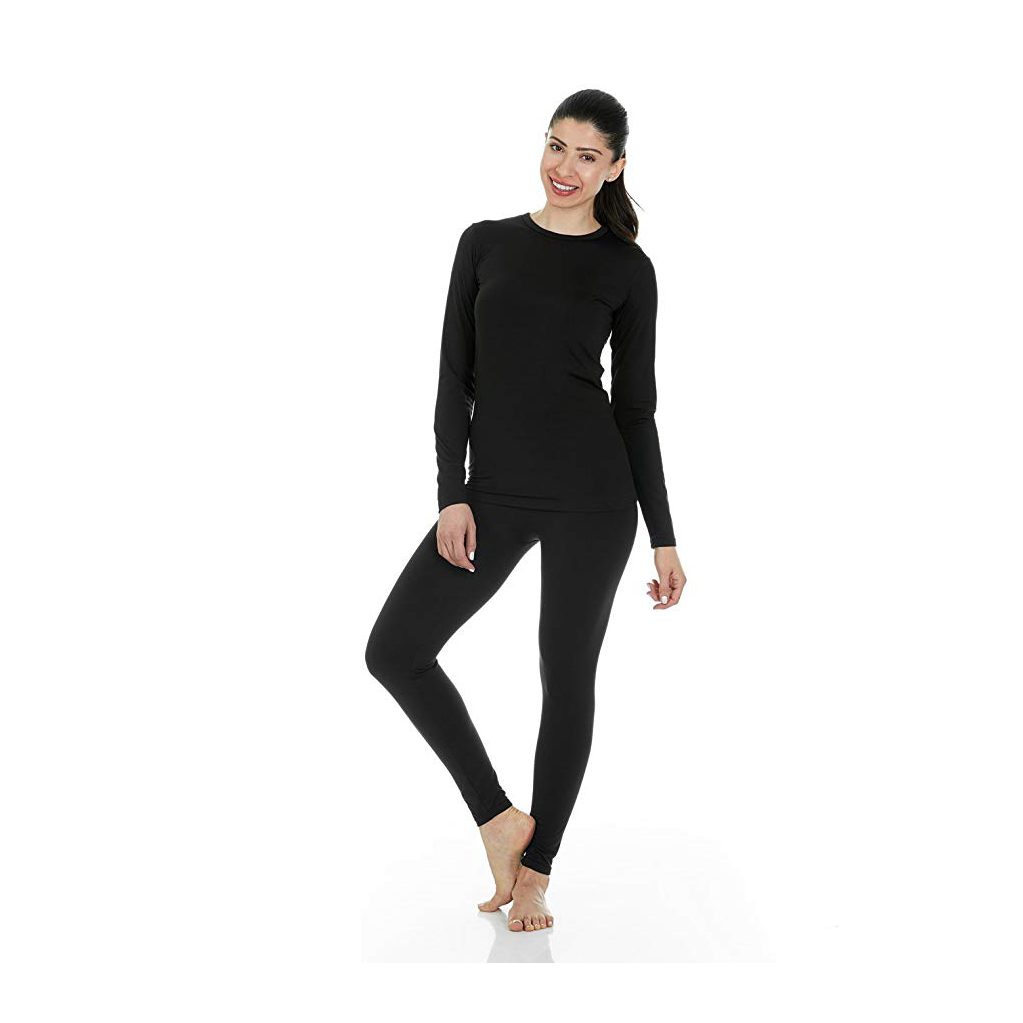 A great set of thermals works miracles, says Kaipo Kauka, Hawaiian Airlines flight attendant. “Use clothes that you can layer,” Kauka suggests. This is important because you will most likely be going indoors, outdoors, and moving through various forms of transportation on your travel day. Find out what a flight attendant first notices about you. 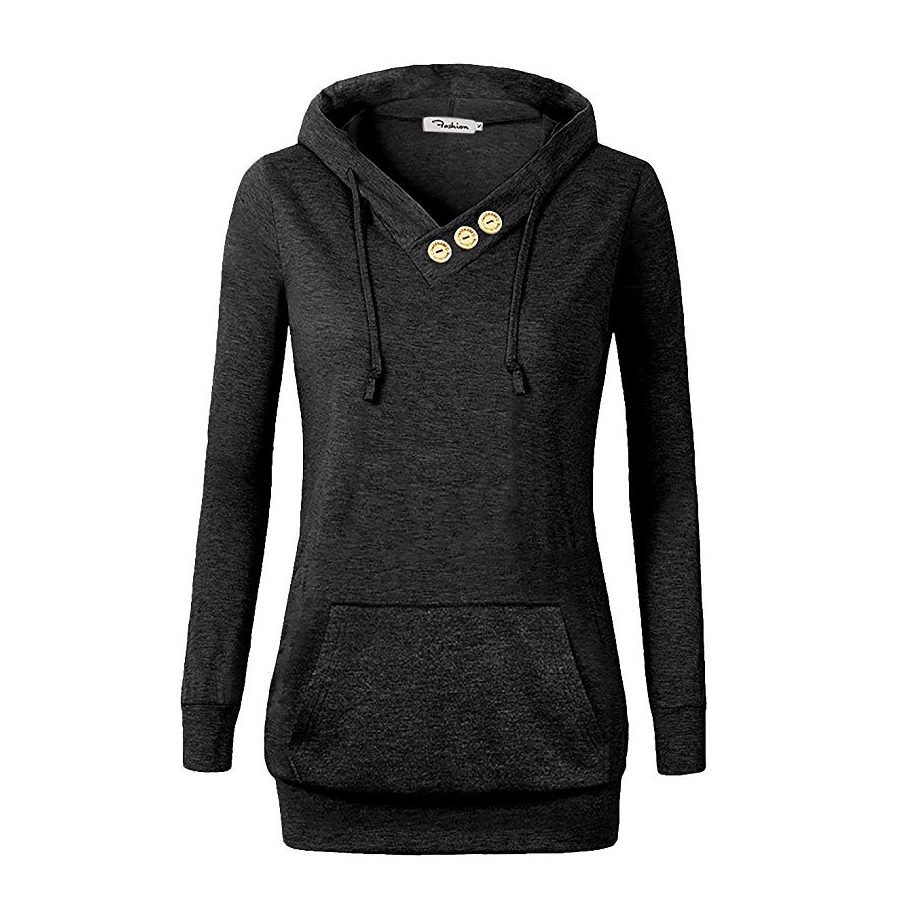 The holiday season can bring unexpected weather delays, so Kauka always brings an extra set of clothing and toiletries in her carry-on bag just in case she has an unexpected layover. A lightweight sweatshirt like this one easily fits in a carry on bag and works with a pair of jeans or leggings. Find out the 13 secrets only flight attendants know. 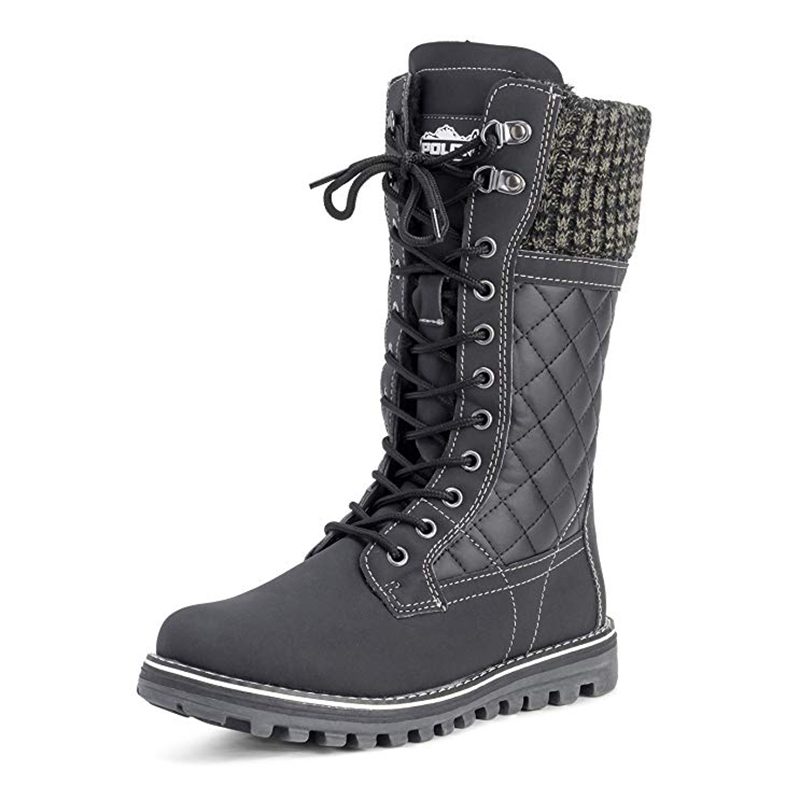 Even if you’re flying to a warm climate, you never know what’s going to happen on travel day, says Mindy Johnson, a former flight attendant. She learned this the hard way, when one time, she flew out of New York City to Israel and only packed lightweight clothing since the weather was supposed to be hot in the Middle East. Johnson returned to New York, expecting an overnight stay by the airport, but was sent to Alaska the next morning. “Even if you are flying Miami to Chicago, an early snow in Chicago can cause the same problem,” Johnson says, adding that boots are a winter packing essential. Don’t miss these other things your flight attendant won’t tell you. 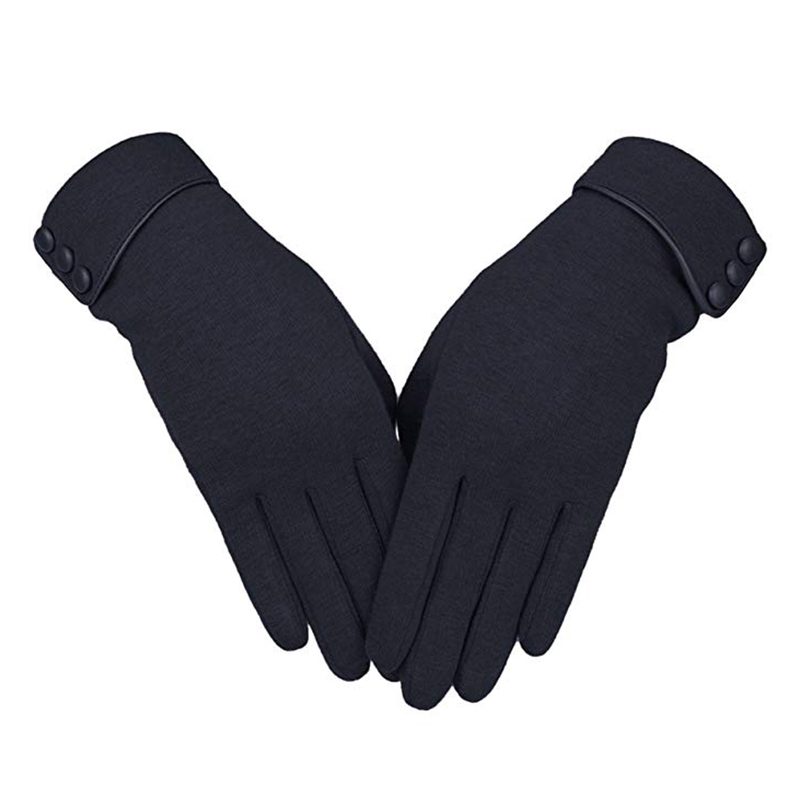 Alex Tran, a former flight attendant, says he never flies in the winter months without touchscreen gloves because he doesn’t know if his flight will be delayed, or if he’d have to stop over in a cold climate. “I use my hands all day helping passengers, and need to keep them from getting dry and damaged from carrying things all day long,” Tran says. Find out 18 things you should never do on an airplane. 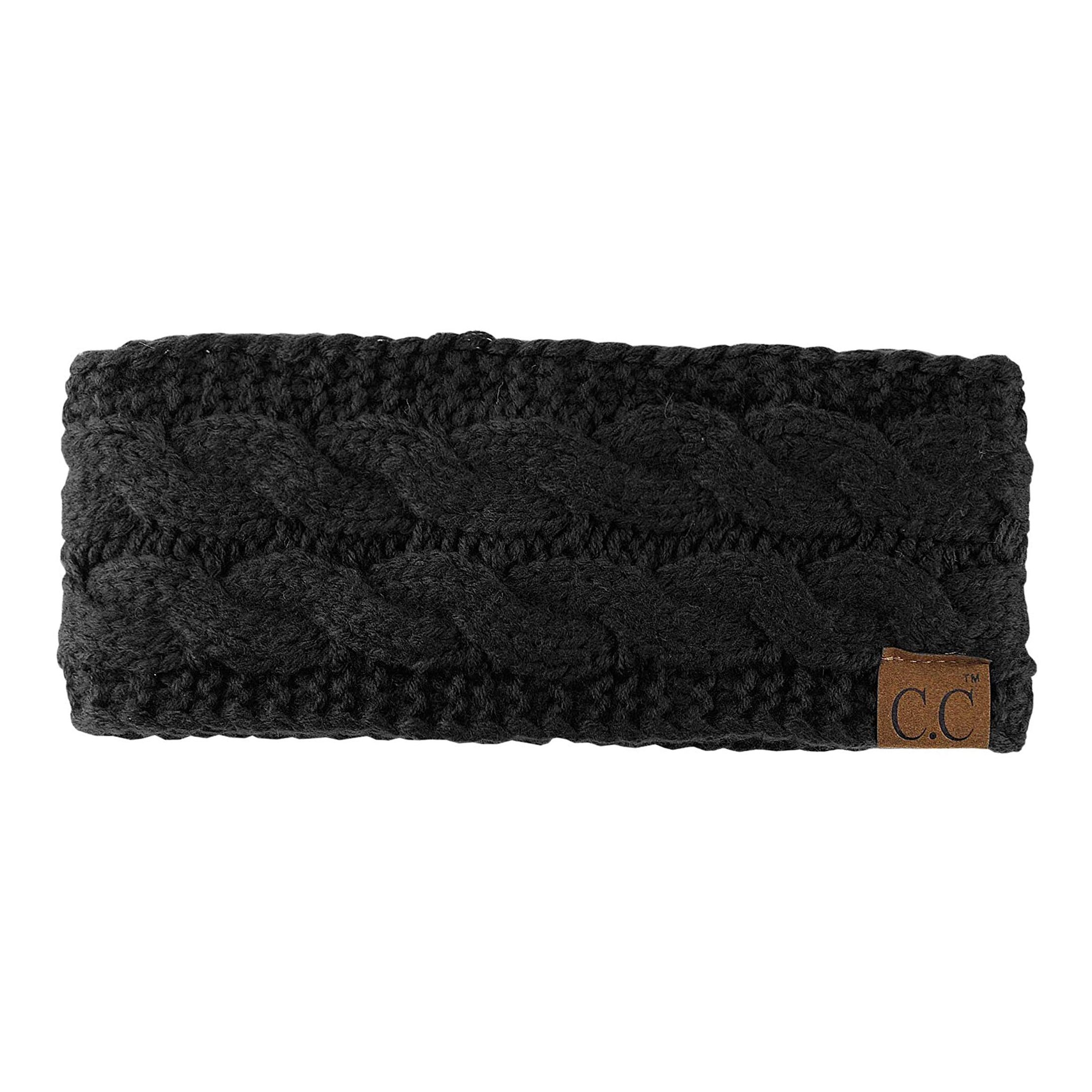 These are small, so they never take up space in your luggage, but they will keep you nice and toasty when you’re out exploring a new city, says Rich Henderson, a flight attendant with American Airlines, who is based in Philadelphia. “Plus, they won’t mess up your hair,” Henderson says. Find out 11 strange rules flight attendants won’t tell you. 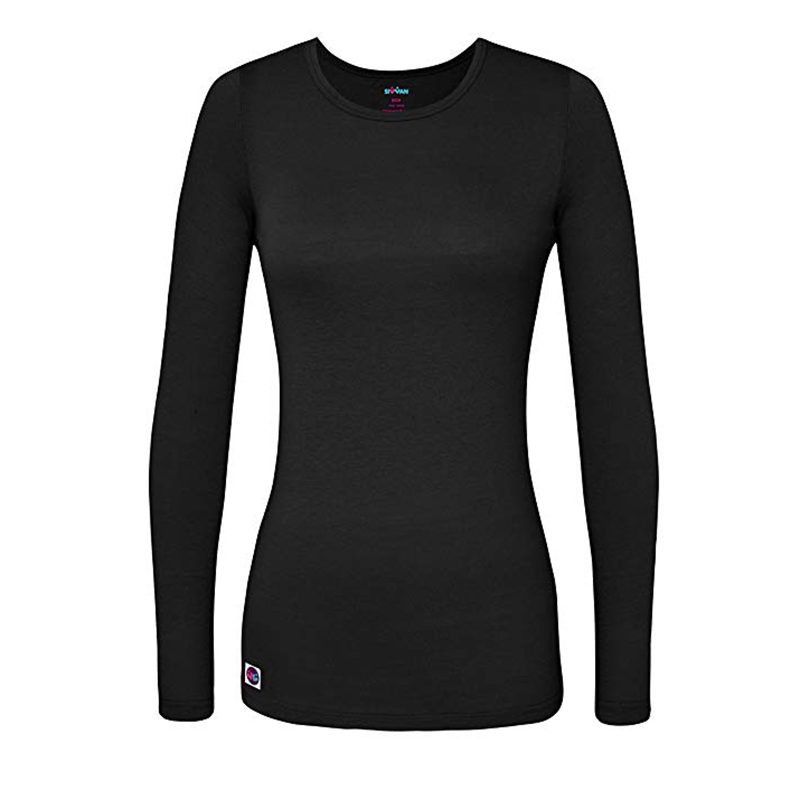 This is lightweight and warm, and perfect for layering, says Elizabeth Calwell, author of Dear Passenger: Welcome to My Wacky World as a Flight Attendant. Calwell always layers her clothing, although she lives in North Carolina and is based in Miami. “The temperature differences can vary significantly with this short two-hour flight,” Calwell says. “Also, I have left Miami and gotten snowed-in in Aspen.” Find out the 20 things on a plane that your flight attendant would never do. 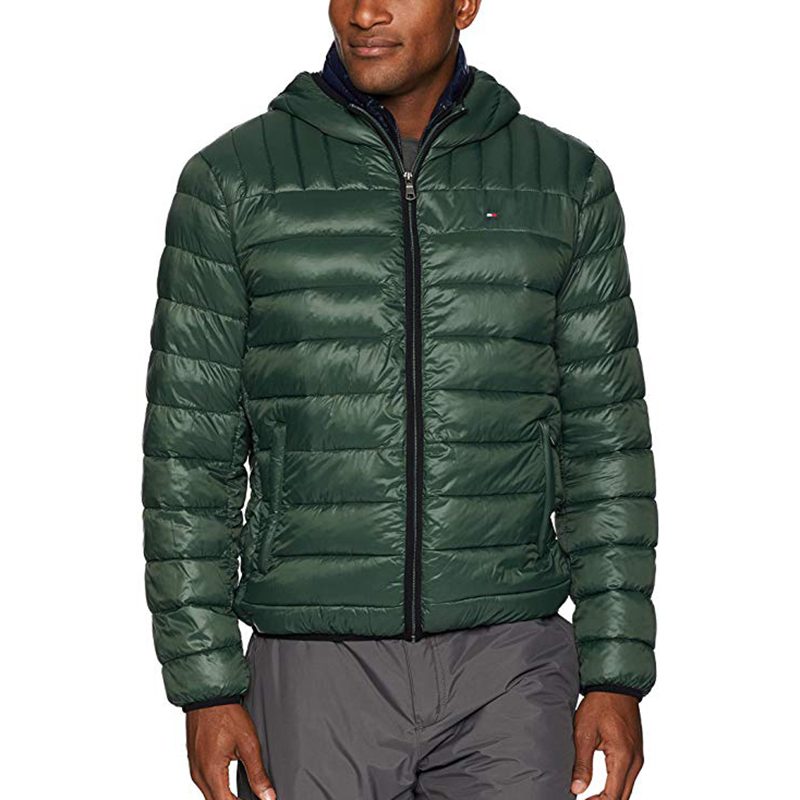 Calwell squeezes a women’s version of this coat into any bags she’s carrying…just in case. It’s small, squishable, and will keep her warm whenever needed, even if she doesn’t expect to be in a cold-weather area. In the market for a new bag? These 13 carry-on bags have 5-star reviews on Amazon. 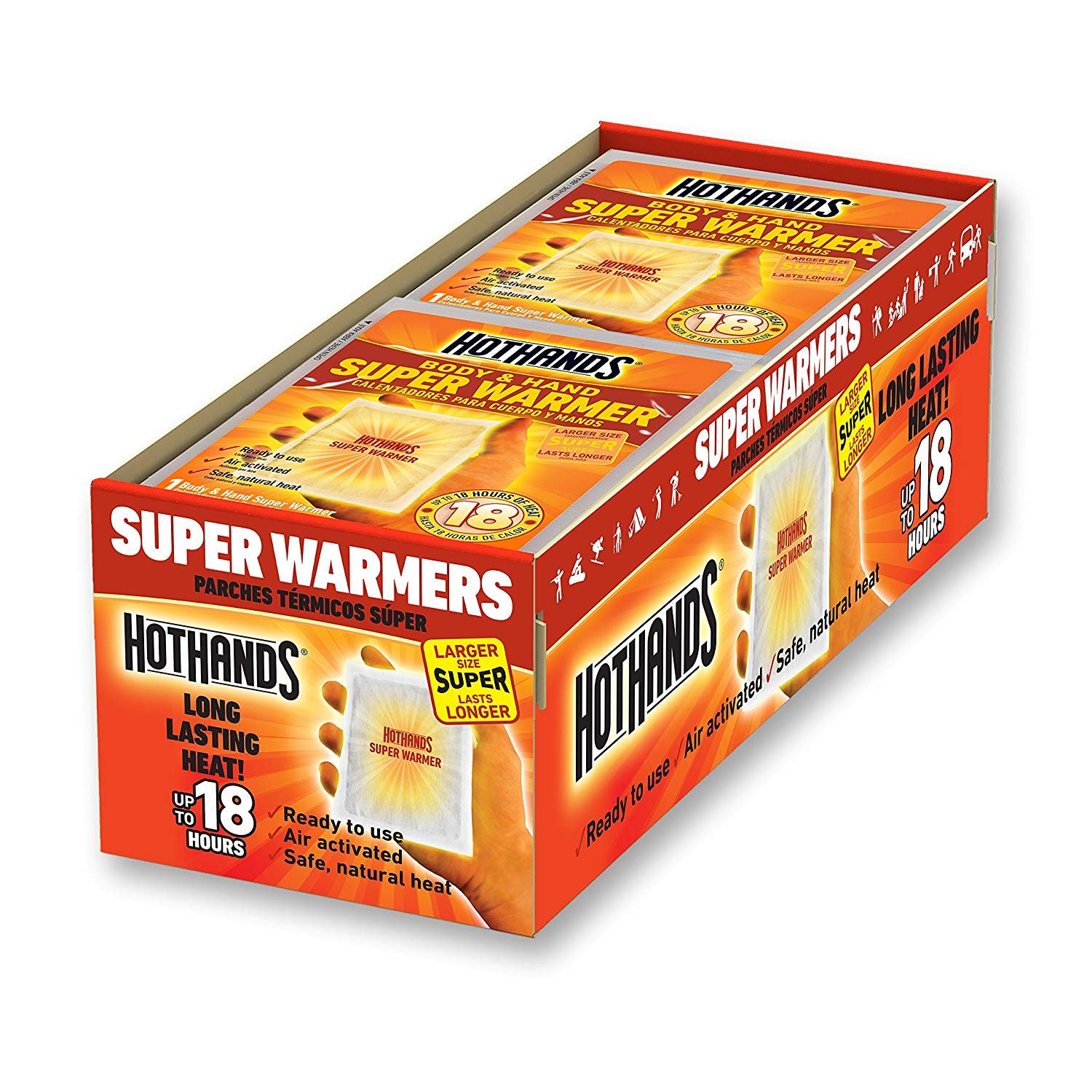 These cost less than $1 each and are truly a lifesaver, says Ashlee Stephens, a flight attendant based in Charlotte with American Airlines. “When traveling, I’m often in situations where the temperature isn’t just right, and planes can be cold as well,” Stephens says. “When I find myself cold on an airplane, I pop open one of my hand warmers to create my own heat.” You can also purchase feet warmers which Stephens uses right off the plane when she goes sightseeing in a new city in winter. Find out 15 more amazing things you can buy on Amazon for less than $1. 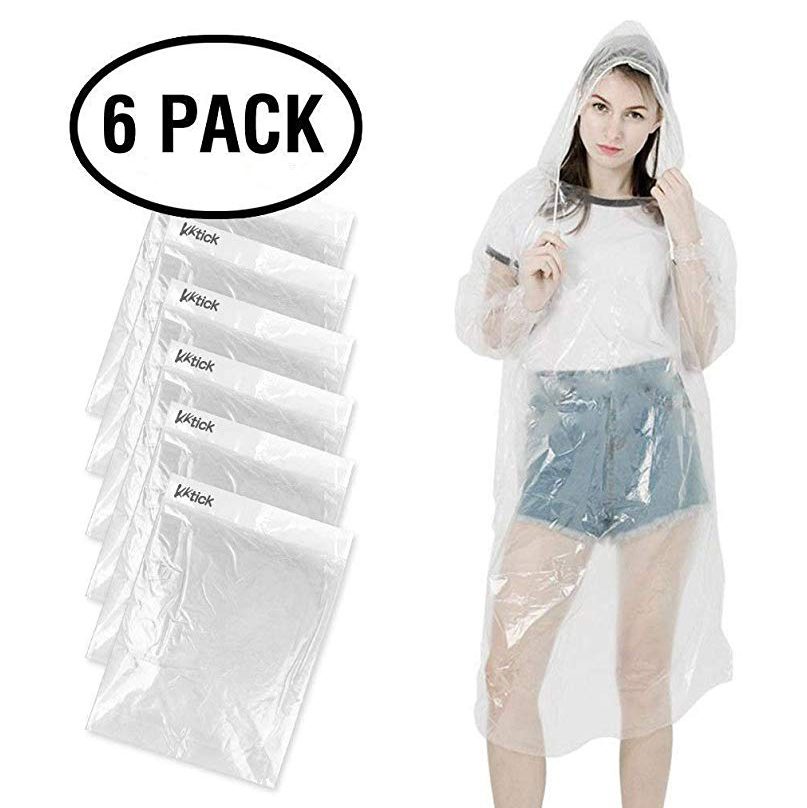 Calwell tucks these into various pockets just in case of a rainstorm. “Flight attendants are usually ready for anything with the reschedules and reassignments, so we could end up somewhere totally unexpected,” she says. “So now I never leave home without these.” Find out 10 things flight attendants never do on airplanes. 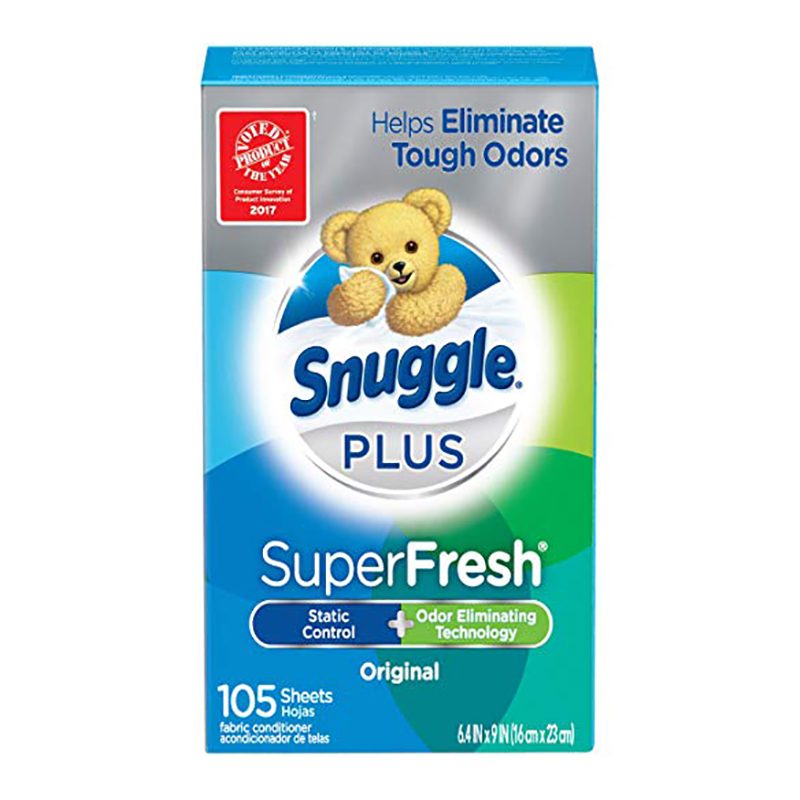 In the winter, static is a big issue everywhere and especially when you fly, but dryer sheets will zap the static in clothing and even in your hair, says Rylee Brown, a flight attendant based in Dallas with American Airlines. Plus, the dryer sheets take up very little space, which is essential for those on the go. Here are other surprising uses for dryer sheets you never knew. 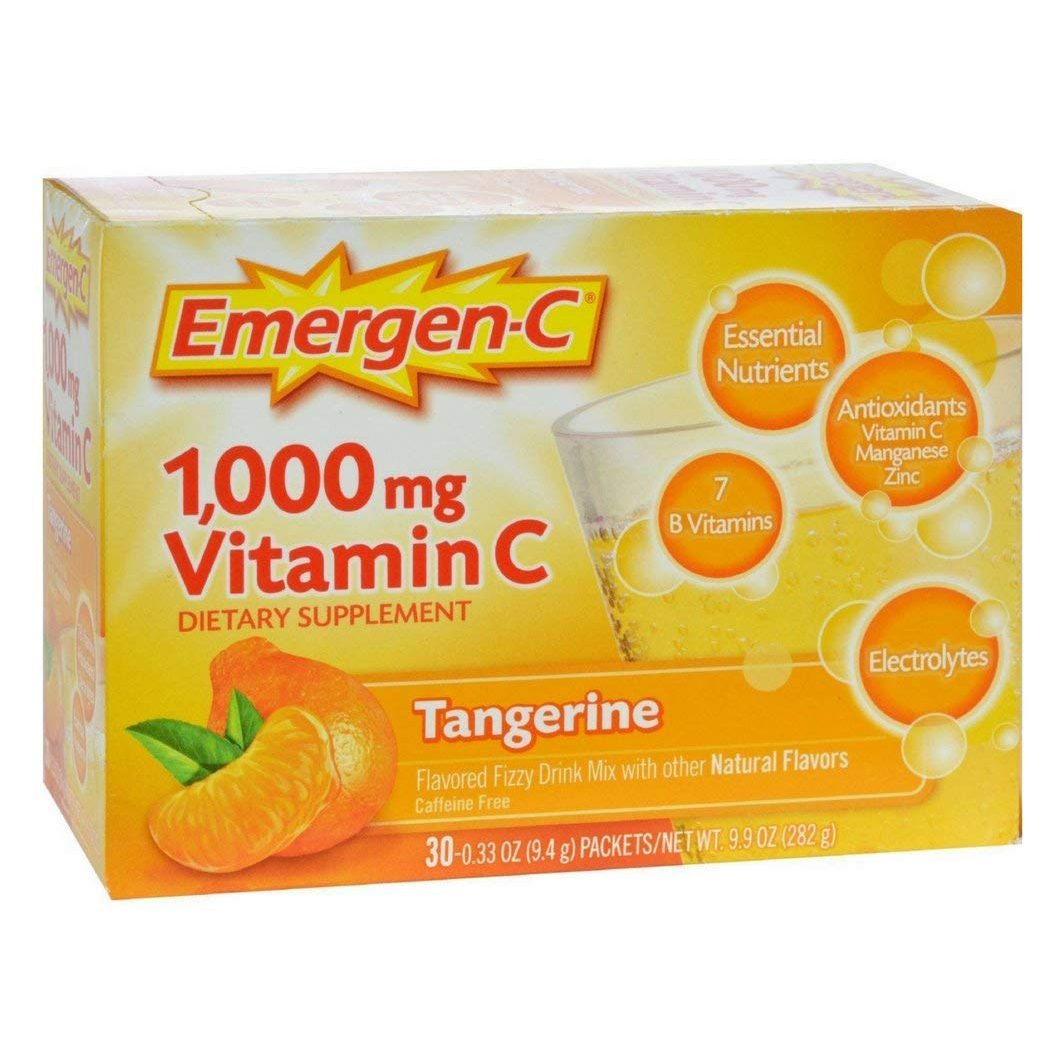 Tylenol PM, DayQuil, and Emergen-C are always in the bag of Erin Bornstein, a flight attendant based in Philadelphia with American Airlines. She takes the Emergen-C frequently as a preventative to keep her immune system running strong, and keeps the other meds just in case. “The single-dose packets in airports can be expensive, so planning ahead and including them in your toiletry kit can be helpful.” Flight attendants reveal how they never get sick. 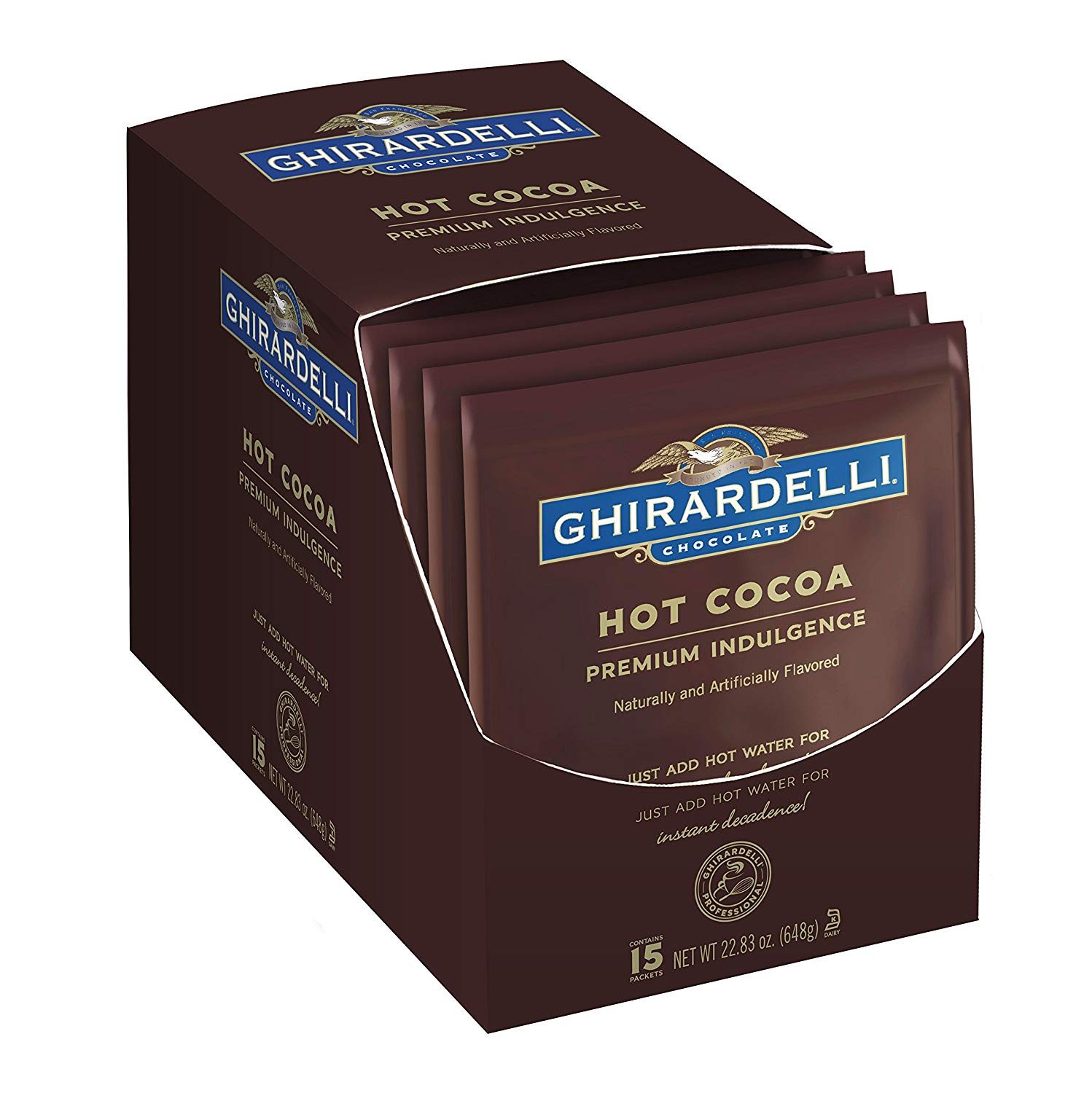 Hotels aren’t usually stocked with free hot chocolate, but you can use the eco-friendly coffee cups in hotel rooms to make it just the way you like it, says Lisa Potter, a flight attendant based in Philadelphia. “A great cup of hot chocolate while watching it snow from your hotel bed is a great way to relax,” she says. Don’t feel like making your own? Here are the best hot chocolates from fast-food chains. 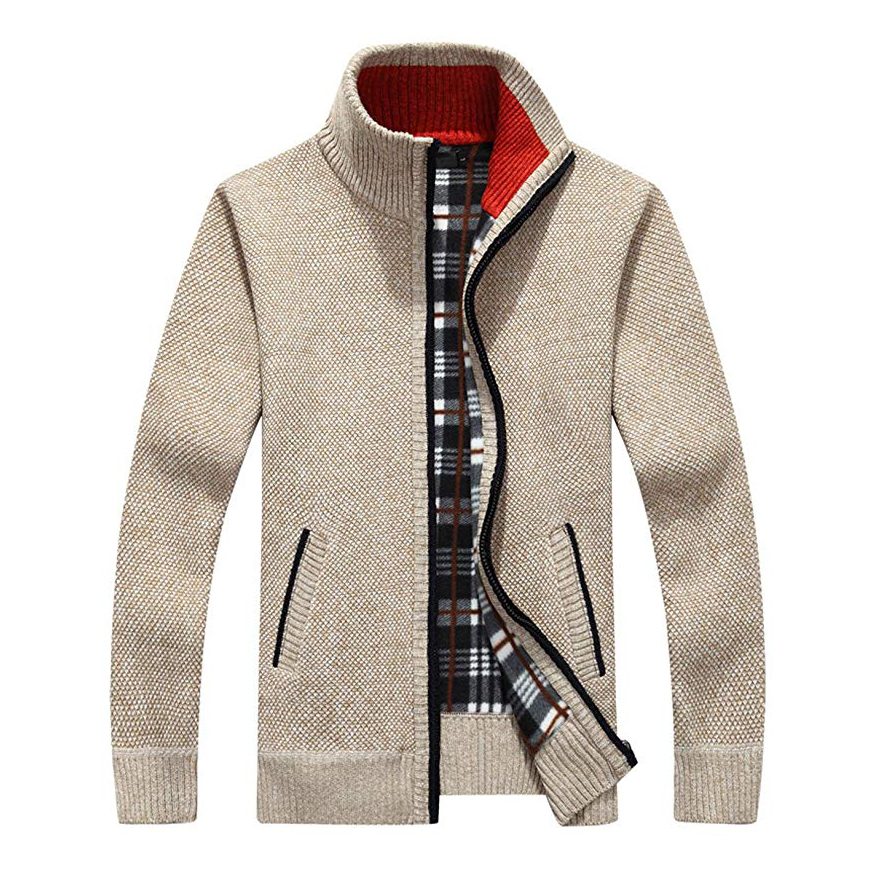 Luke Spaulding, a flight attendant based in Philadelphia, says he always packs a light sweater like this one in the front of his suitcase where it’s easy to grab quickly in case he gets chilly in the plane. You’ll want to bring a sweater, too, after you find out what really happens to those airplane blankets. 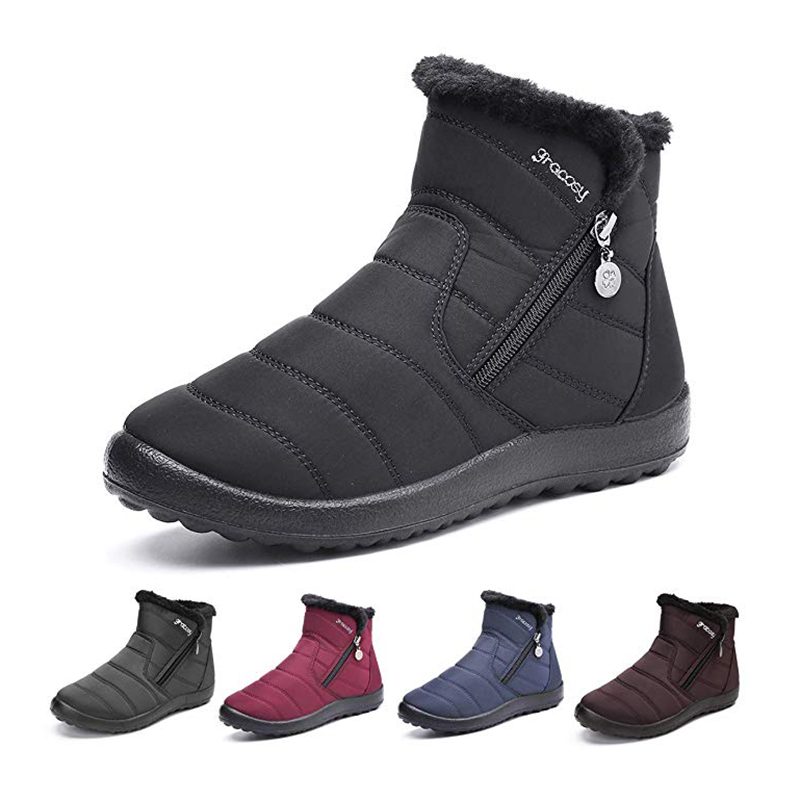 Even if you don’t bring a full-on pair of boots, you’ll want a mid- to -high profile shoe that will prevent snow from getting into your shoe, which can make you miserable, says Kenneth Seaboldt, a Spirit Airlines flight attendant based in Chicago. And it should have a good grip, too, so you won’t slip and slide in that snow, either, Seaboldt says. This is super important if you’re flying to a region where it’ll be snowing—but since flight changes seem to be inevitable—it’s always good to simply keep a pair with you. Read on to find out 15 things you can do for free the next time you’re stuck at an airport.

Want more deals and product picks sent directly to your inbox? Sign up for the Stuff We Love newsletter!