15 Chilling Facts You Never Knew About the Winter Solstice

Get enlightened about the darkest day of the year. 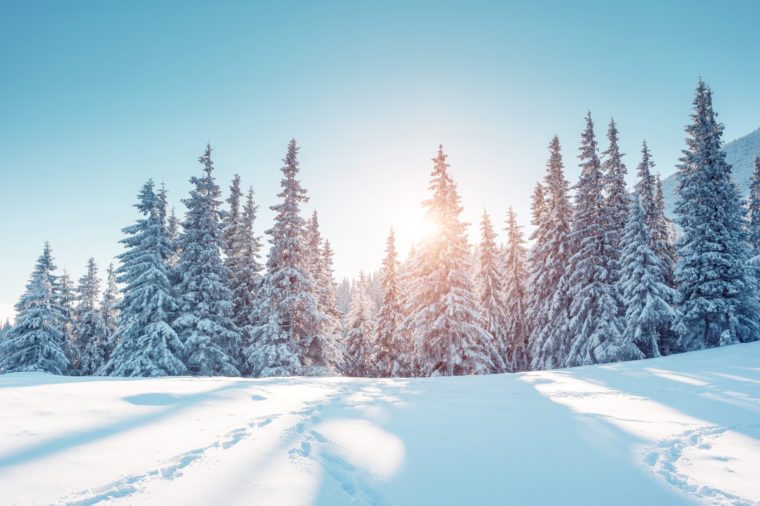 The solstice is actually a time

Contrary to popular belief, the winter solstice isn’t a day. It’s the specific moment in time when the sun is above the Tropic of Capricorn, a circle of latitude below the equator. This is the southern-most point the sun ever reaches from our perspective on Earth. For 2019, the winter solstice happens on December 21 at 4:19 UTC (Universal Time Coordinated). Use this table to translate your time zone into UTC and calculate when the winter solstice is in your area. Wondering about the other seasons? Read these 13 fun facts about the fall equinox. 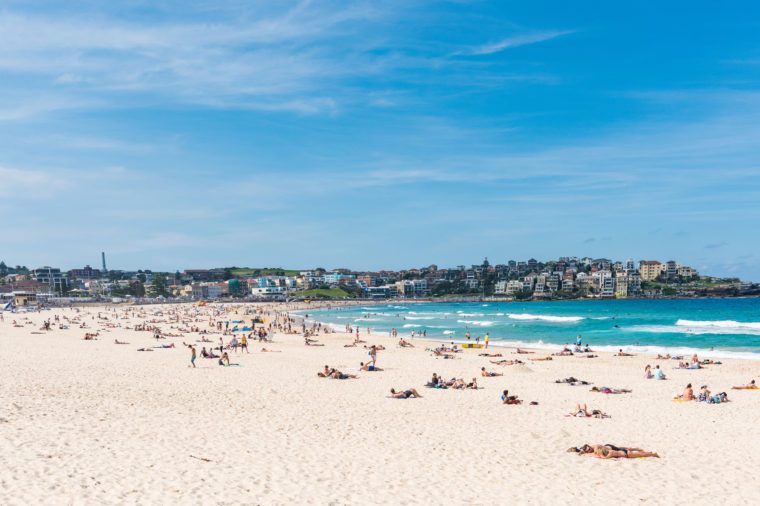 Our winter solstice is the Southern Hemisphere’s summer solstice

While we in the Northern Hemisphere are bundled up in our winter coats, our neighbors in the Southern Hemisphere are soaking up the summer sun. Equinoxes and solstices are opposite on opposite sides of the globe. So if you’re looking to escape our shortest day of the year, pack your suitcase and experience the longest day of the year on the other side of the globe. Check out these other 30 facts you never knew about the summer solstice. It’s not always the same day 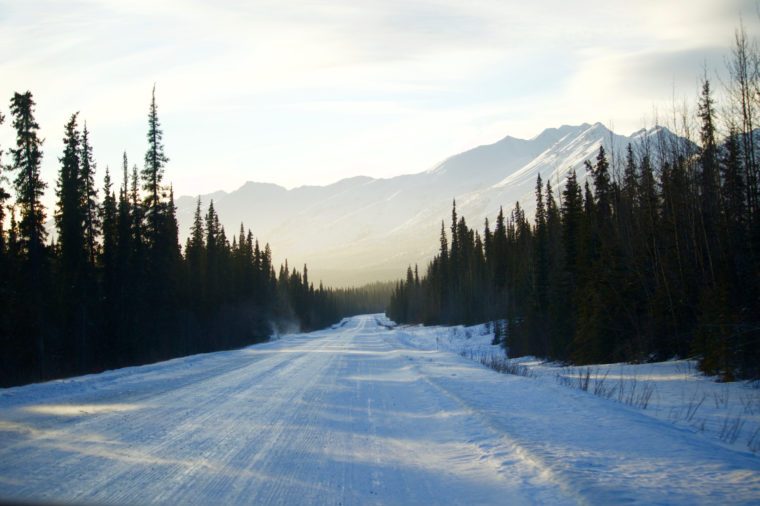 During the winter months, Earth is actually surprisingly close to the sun. It reaches its perihelion (the point when the planet is closest to the sun) just a few weeks after the winter solstice. The reason we have cold weather and extended hours of darkness, especially on the solstice, is because of Earth tilting away from the sun. Stay comfy with these tricks for warming up when it’s freezing out. 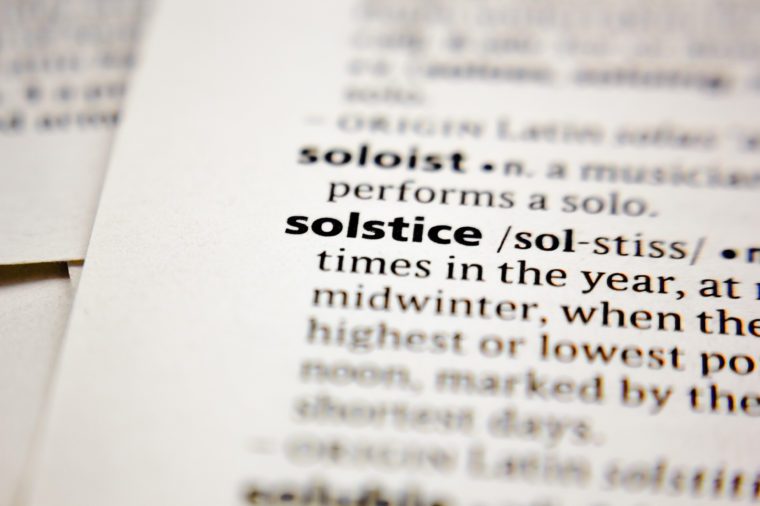 Its name is Latin

The word “solstice” is derived from two Latin words: “sol,” which means “sun,” and “sistere,” which means “to stand still.” On the winter solstice, the sun reaches its southern-most position (directly above the Tropic of Capricorn) and appears to stand still. Fitting, right? Get out of the cold this season with these cheap winter vacations! 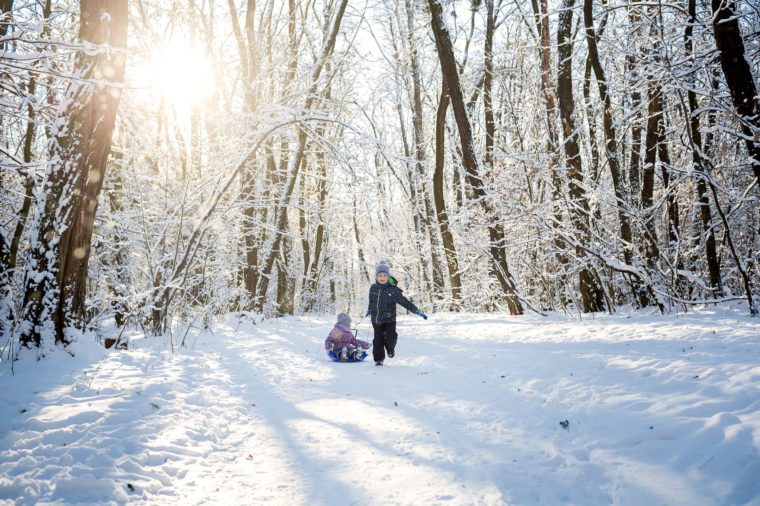 But it also has other names

Yule. Midwinter. The Longest Night. Solstice Night. The winter solstice has a variety of different titles, depending on the religion and heritage of the person you ask. 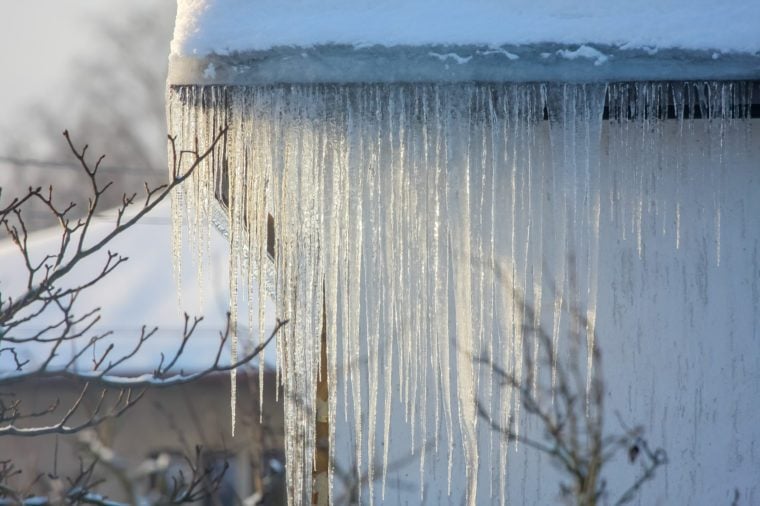 It’s rarely the coldest day of the year

Just because there are only nine hours and 15 minutes (give or take) of sunlight on the winter solstice this year, that doesn’t mean the temperatures will plummet. The majority of America experiences its coldest days of the year in January—something to look forward to in the coming weeks! Learn 11 ways your health is at risk in the winter. 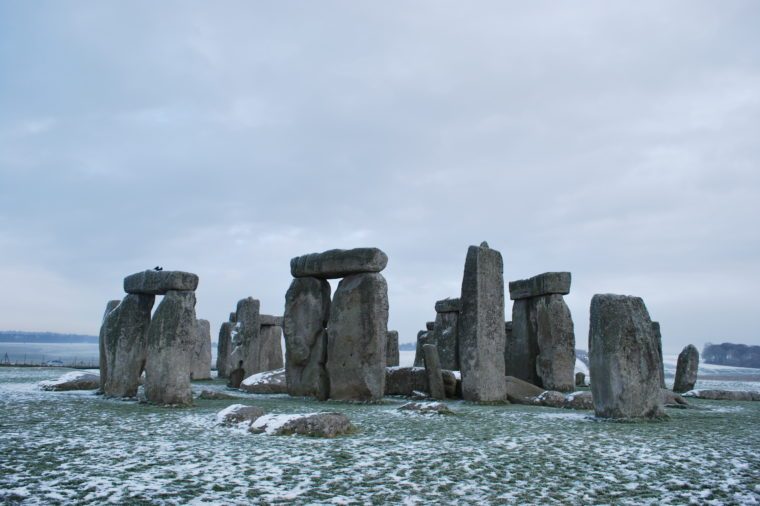 One of the Seven Wonders may have been built around it

One of the most popular celebrations of the winter solstice takes place at Stonehenge in Wiltshire, England. The historic site is a great spot to witness the sunrise on the longest day of the year. As the sun rises, it looks like the sun is balancing on the stone. Some say it was built to celebrate the winter and summer solstices. Other treasures 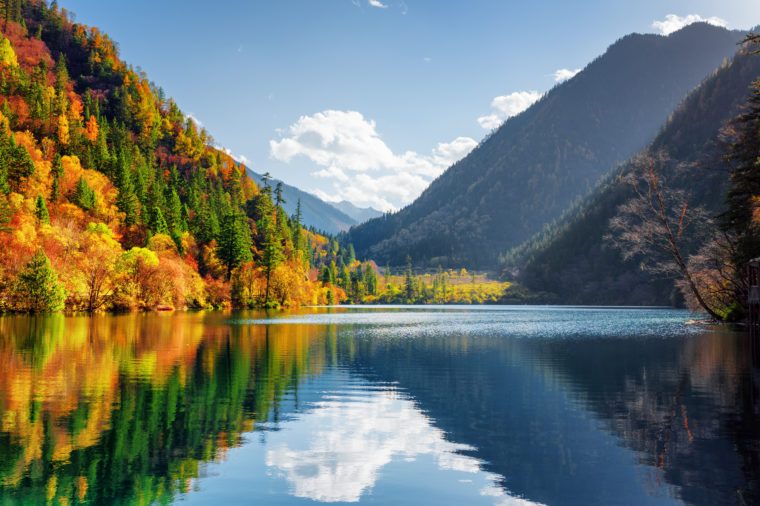 There are equinoxes in between solstices

An equinox occurs twice a year when the sun is directly above the Earth’s equator. It marks the beginning of spring and fall. Scientists have learned so much about space over the years, but science still can’t answer these baffling mysteries about the universe. 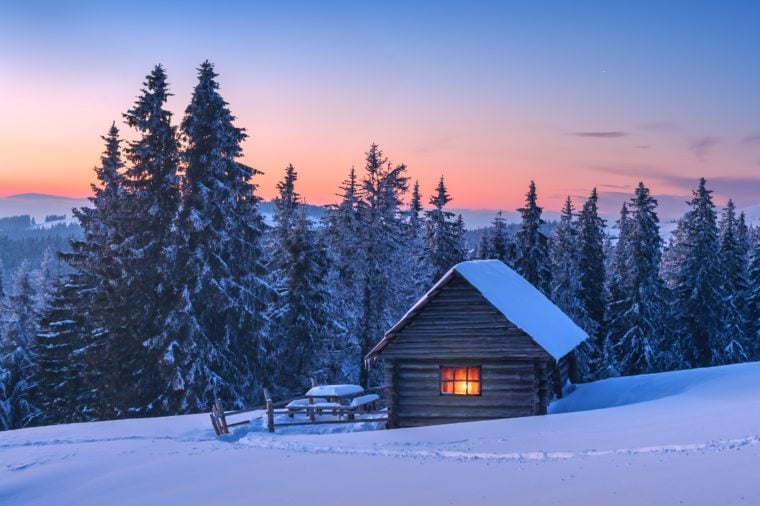 It’s not usually the earliest sunset

Although the winter solstice is the shortest day of the year, the sunset isn’t the earliest of the year. These aren’t the same because of the differences between solar time (time based on where the sun is in the sky) and how we measure time with clocks. The earliest sunset is typically a few days before the solstice. In 2019, it’s December 8 at 4:28 pm EST. 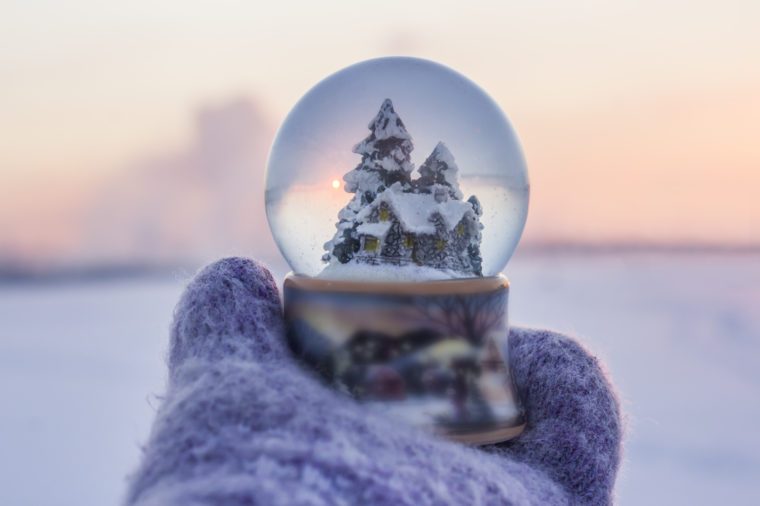 Each planet in Earth’s solar system has a winter solstice

The planets in Earth’s solar system have solstices, equinoxes, and seasons, too. Each planet rotates on a tilted axis and is the reason why the weather changes. But the bigger the tilt, the bigger the difference in weather during the seasons. Uranus, for example, is tilted by 82 degrees. So the planet deals with 20-year-long seasons and odd weather, according to NASA. 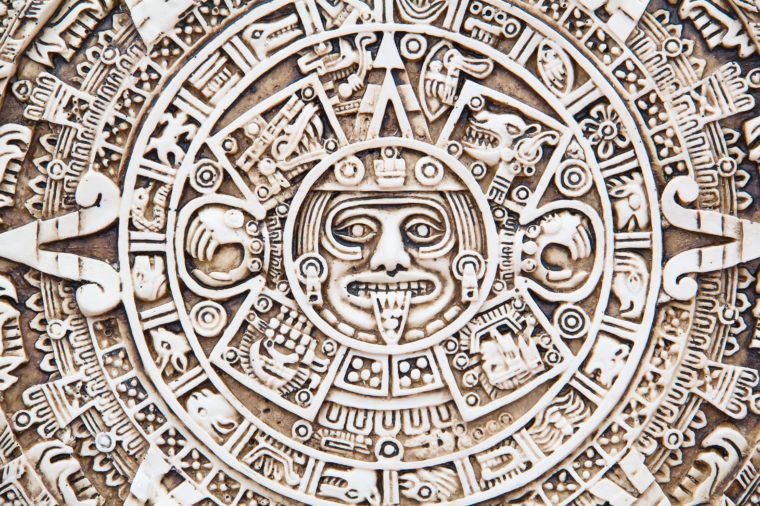 It coincided with an important Mayan calendar date

The winter solstice in 2012 also marked the end of the 13th Baktun. Some people believed that date would mark the end of the “long count” calendar of the Mayan civilization—and predict the apocalypse, according to BBC. 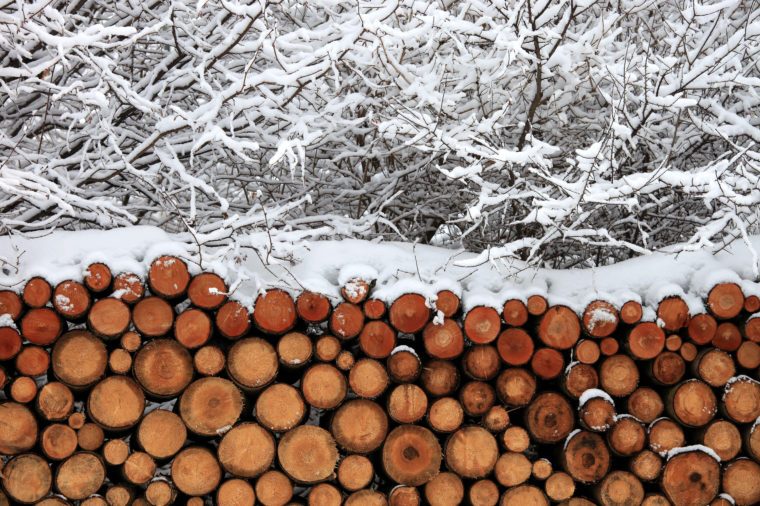 Many ancient civilizations celebrated it

Scandinavian and Germanic groups in northern Europe called the winter solstice Yule, a 12-day celebration dedicated to the reawakening of nature, and offered sacrifices to their gods in hopes of abundant spring crops. Because of the increased darkness, families would burn logs for more light, which is where we get the concept of Yule logs. The solstice also fell during the Ancient Roman festival Saturnalia, which honored the god Saturn with days of parties, banquets, and presents. 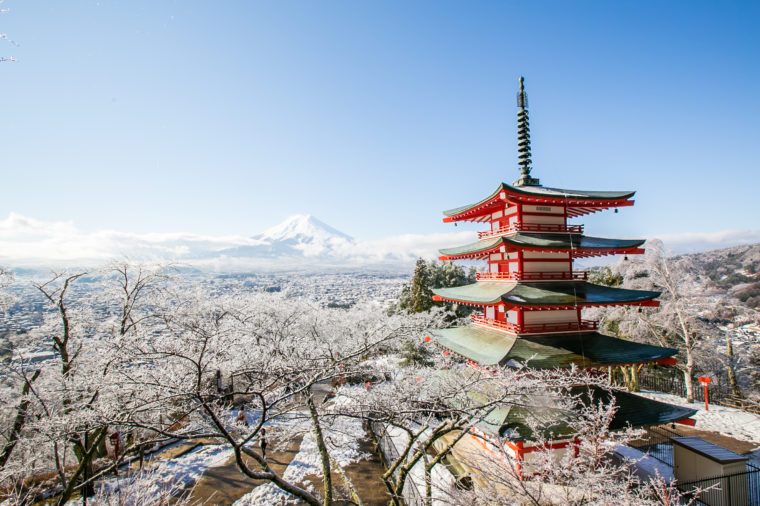 Traditional celebrations take place all over the world 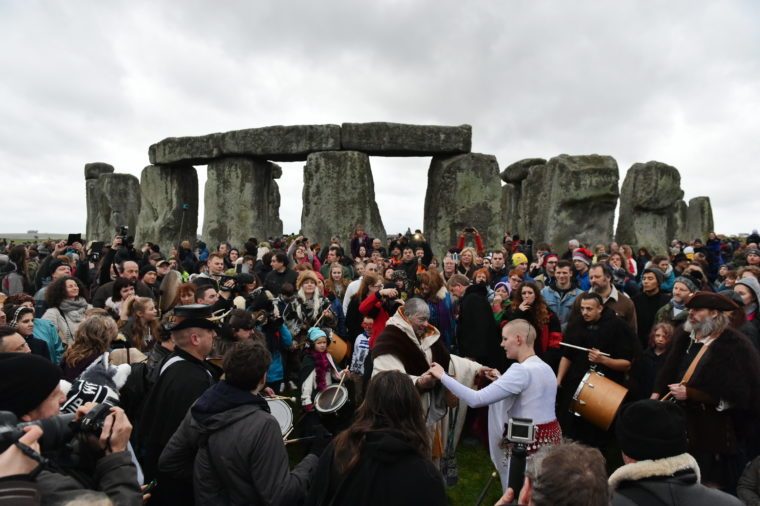 Modern-day pagans continue to celebrate the winter solstice by lighting candles, decorating their homes, and enjoying festive meals with family and friends. Celebrating the solstice is one of the 32 cool things you didn’t know about the holiday season.