13 Amazing Facts About the Women of NASA

The National Aeronautics and Space Administration—better known as NASA—is primarily thought of as a boy's club, and in many ways, it has been. But over the course of its history, women have made some extraordinary contributions to NASA and the aerospace profession in general. 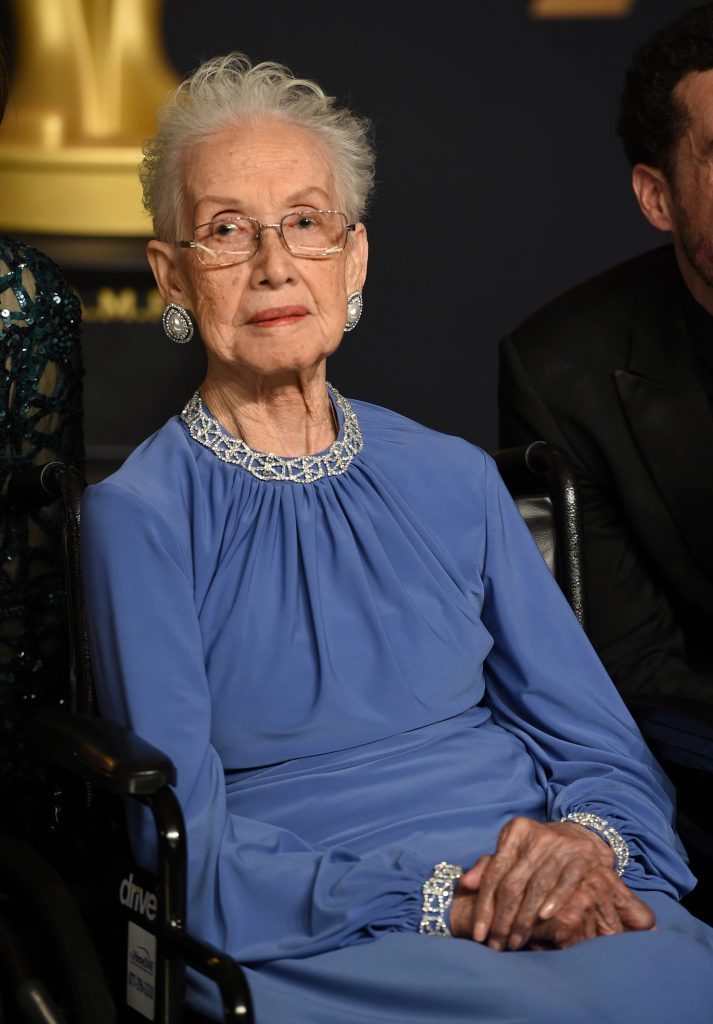 The Hidden Figures women were even more amazing in real life

There are several memorable scenes in the movie that shows Johnson running back and forth between buildings on the Langley campus in order to use a colored restroom. But the real-life Johnson did one better: she used the whites-only bathroom, in direct defiance of Jim Crow laws, according to Essence. You can read more about 30 women pioneers who changed the world. 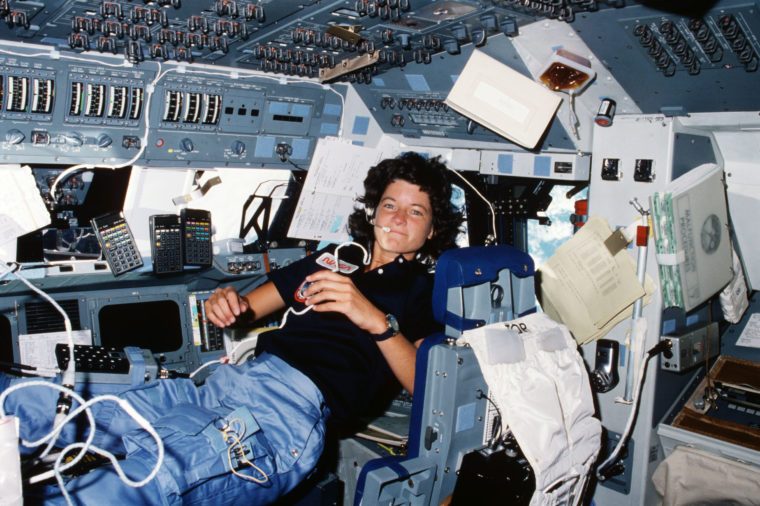 Sally Ride had to teach NASA about periods

Before her historic 1983 spaceflight, Sally Ride had to teach NASA engineers some basic biology. The men at NASA who were packing her stuff for her weeklong flight asked if 100 tampons would be enough for seven days. As the story goes, they asked if 100 is “the right number.” “No. That would not be the right number,” Ride replied. She told them they could safely cut it down by half. 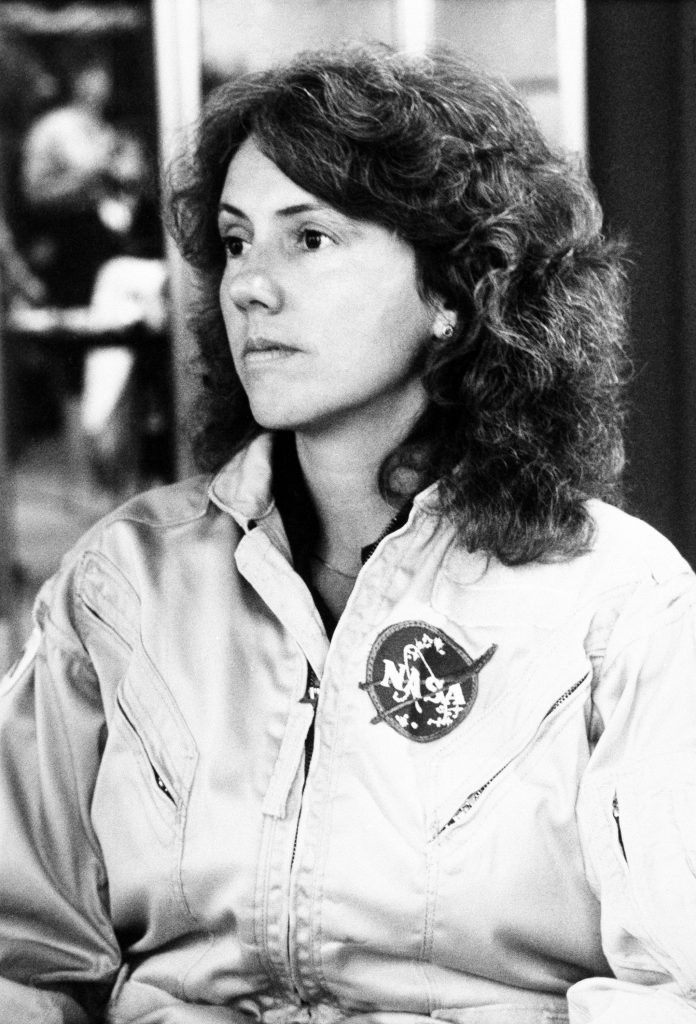 Classroom lessons from the Challenger are now available online

Christa McAuliffe was selected out of 11,000 teachers to be the first teacher on a space mission. Unfortunately, that was the ill-fated Challenger, which exploded 73 seconds after launching on January 28, 1986, killing McAuliffe and the six astronauts aboard.

The idea behind the program was that McAuliffe would film lessons in space that would then be shown in classrooms throughout the country. Though that never happened, her lessons will live on, thanks to two other educators-turned-astronauts, Joe Acaba and Ricky Arnold, who filmed them on the international space station in 2018. Some of the lessons are currently available on the NASA website. 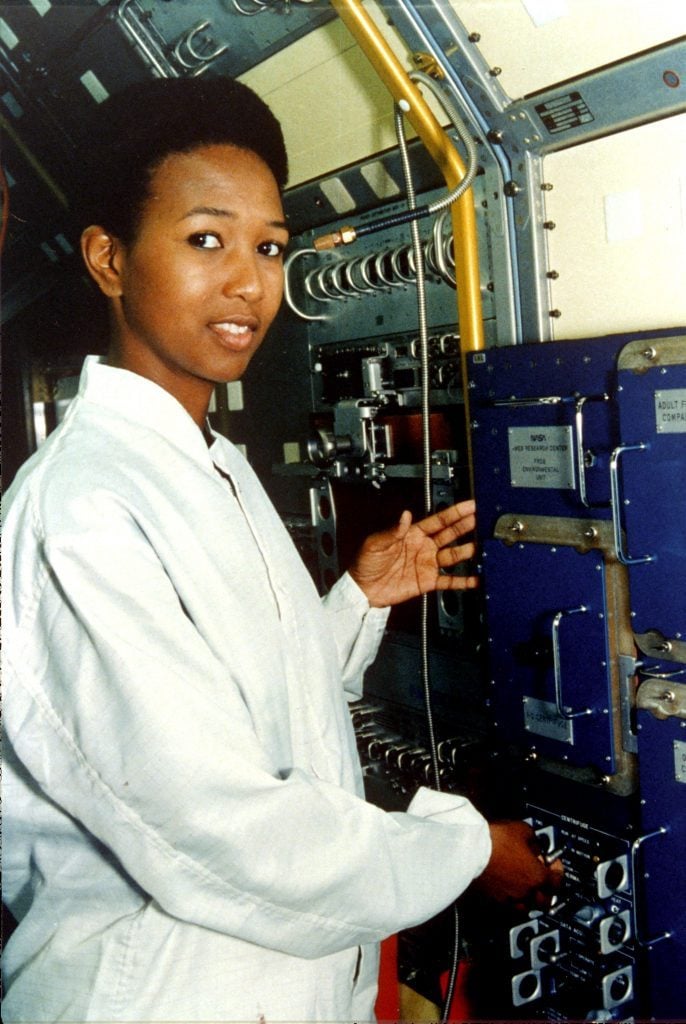 It has been more than 25 years since Mae Jemison became the first African-American woman in space, and she’s still inspiring aspiring scientists. One of her goals is to get more people involved in STEM (science, technology, engineering, and math), but, as Jemison explained in an interview with SheKnows, the program is also about giving people the information they need to be able to understand the world around them.

An interesting fact about Jemison: she’s actually afraid of heights. According to the U.S. Department of Energy, she relied on her strength and ego to push her into space, and the history books. More misconceptions people have about NASA abound. 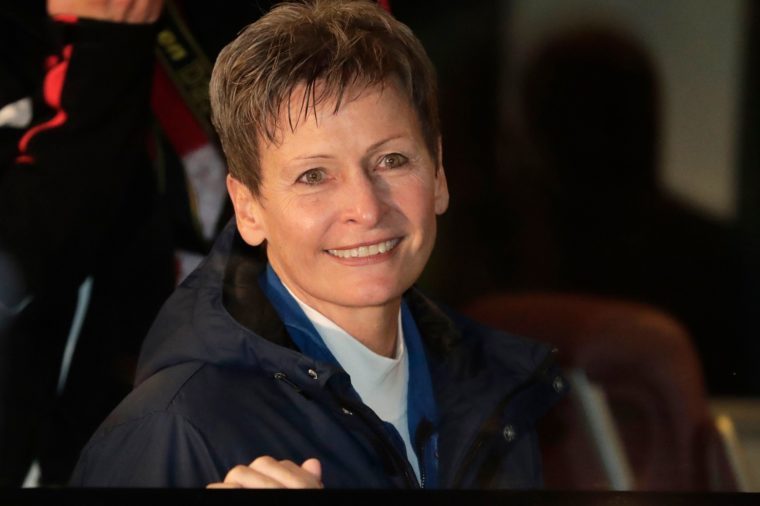 Astronaut Peggy Whitson holds several NASA records, including being the American who has spent the most cumulative days in space, as well as the most cumulative days for a woman of any nationality. She is also tied with another (male) astronaut for the most spacewalks: ten. And in November 2016, at the age of 56, she became the oldest woman to ever go to space, as well as the first woman to command the International Space Station twice. 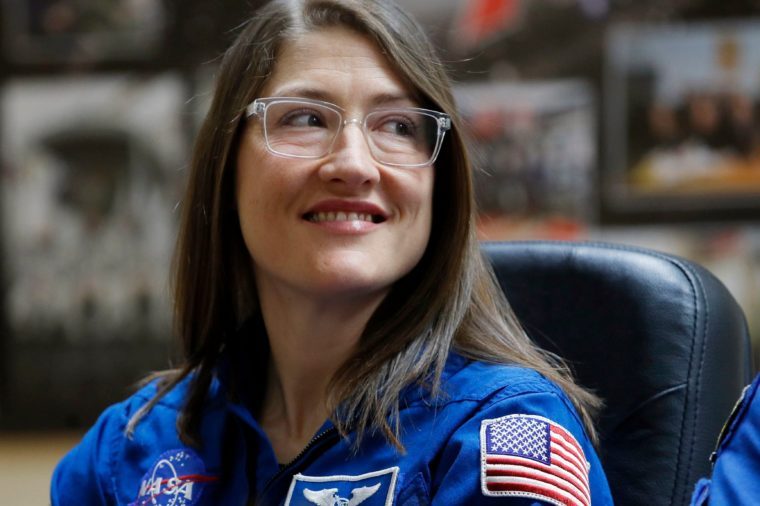 A woman is currently part of Expedition 60

Right now, six American astronauts are on the International Space Station as part of the Expedition 60 program and one is a woman named Christina Koch. The research involved with this project includes studies on biology, the human body, physical sciences, and technology. Experiments include using a 3D printer to create organ-like tissues in microgravity, according to NASA. You won’t believe 20 of the coolest things printed with a 3-D printer. 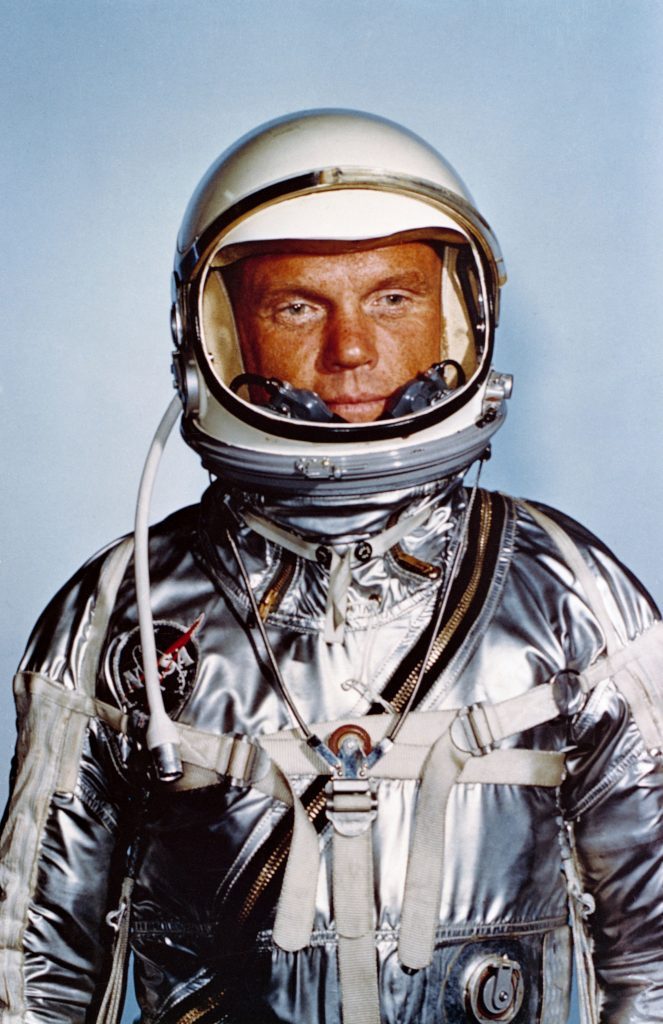 Before John Glenn and the rest of the Mercury 7 went into space in the early 1960s a group of women— known as the Mercury 13—went through the same extensive battery of tests. Mercury 13 member Wally Funk also described some of the physical tests on Makers: “There was not one hair, tooth, skin, fingernails…through my whole body that was not tested, poked, prodded. They were finding out what every girl in that program was made of—just like they did to the guys.”

The difference is, many of them outperformed Glenn and his colleagues. For example, one test involved putting the participant in a soundproof isolation tank filled with 93.56 degree Fahrenheit (skin temperature) water, achieving total sensory deprivation. In previous experiments, researchers found that the absolute limit for humans to exist in these conditions was six hours. At least three of the women stayed in for more than ten hours before that phase of testing was called off. The men, on the other hand, merely had to sit in a soundproof, dark room instead of a float tank. Glenn discovered a pen and paper in the room and passed the time writing poetry. Still, he only lasted four hours.

The program ended in 1962, before any of the women made it to space. Vice President Lyndon B. Johnson wanted to make sure the first American in space was strong and masculine, in order to actively compete with the Soviet Union. At the bottom of a memo about the program, Johnson wrote “Let’s Stop This Now!” in uncharacteristically large handwriting. 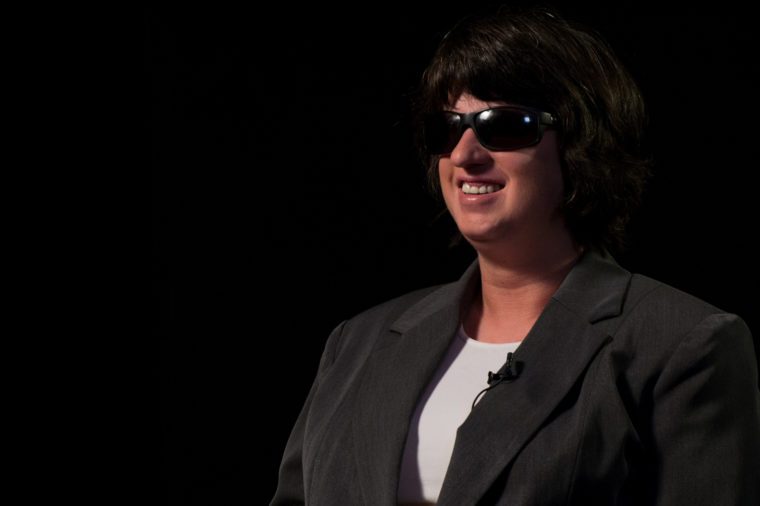 Shortly after Courtney Ritz was born, she was diagnosed with a rare form of eye cancer and lost her eyesight completely by the age of five. As a child, she dreamed of being an astronaut, and though she has never been to space, Ritz has been an integral part of NASA since she started working there in 2001. She later worked as a web accessibility coordinator, ensuring that NASA’s Internet materials were available to as many people as possible, regardless of any disabilities.

“Although I wasn’t able to be an astronaut or an actor, my path led me to NASA. Here, I have been able to pursue a rewarding career, and participate in theatrical productions along with others in my NASA family,” Ritz said in a statement on the NASA site. “I even met my husband here. I’ve gotten to live my dreams of being an astronaut at Space Camp, once even as commander of the Enterprise Orbiter.” In addition to being the first woman to graduate from the University of Virginia’s engineering program, Kitty O’Brien Joyner also became NASA’s first female engineer in 1939. During her 32-year career, she specialized in the mechanics of wind tunnels, including testing new aircraft designs prior to being used in flight. Eventually, she rose to the rank of Branch Head of the Facilities Cost Estimating Branch, Office of Engineering and Technical Services. 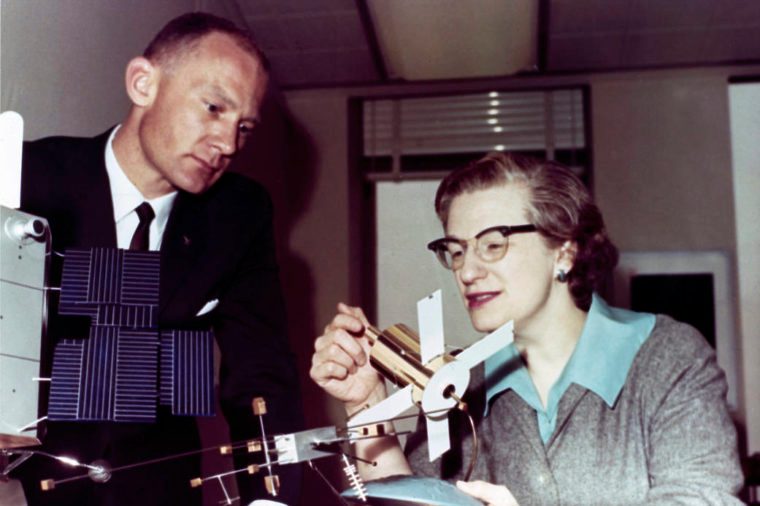 A woman is largely responsible for the Hubble Telescope

Known as the “Mother of Hubble,” Nancy Grace Roman was one of the first female executives at NASA where she was instrumental in establishing the Hubble Telescope program structure. She was also NASA’s first chief astronomer. At a time when very few women worked at NASA, Roman developed and budgeted several programs and helped launch three orbiting solar observatories and three small astronomical satellites. During her career, she made multiple crucial scientific discoveries, including that stars made out of hydrogen. In addition to telescopes and other space-related technology, here are 13 everyday items you had no idea were made by NASA. 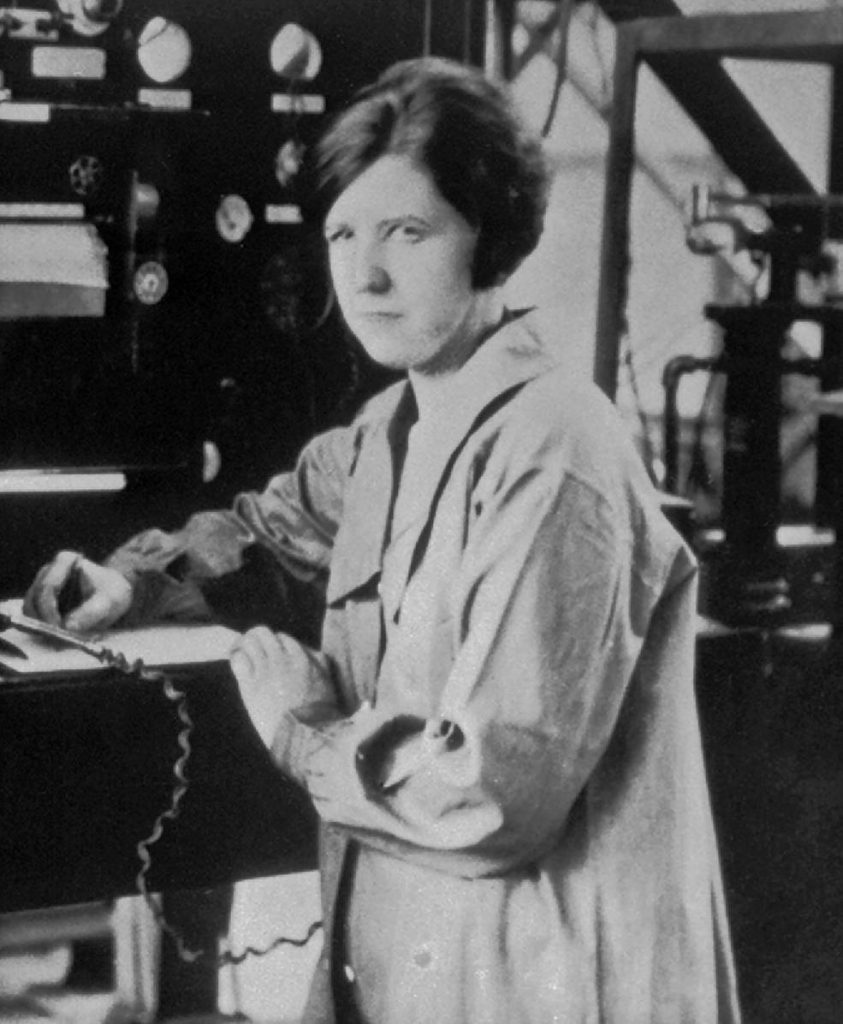 In 1922, Pearl Young was one of the first women hired by the National Advisory Committee for Aeronautics (NACA), the predecessor of NASA. Though she started off in the field of instrumentation, she came to realize that NACA’s technical writing could be significantly improved. To fix this, she created a new technical writing system that is still used today. Young established a new communications office and assembled a team of many women. Her work in finessing NASA’s written communications helped to shape the organization’s public image. 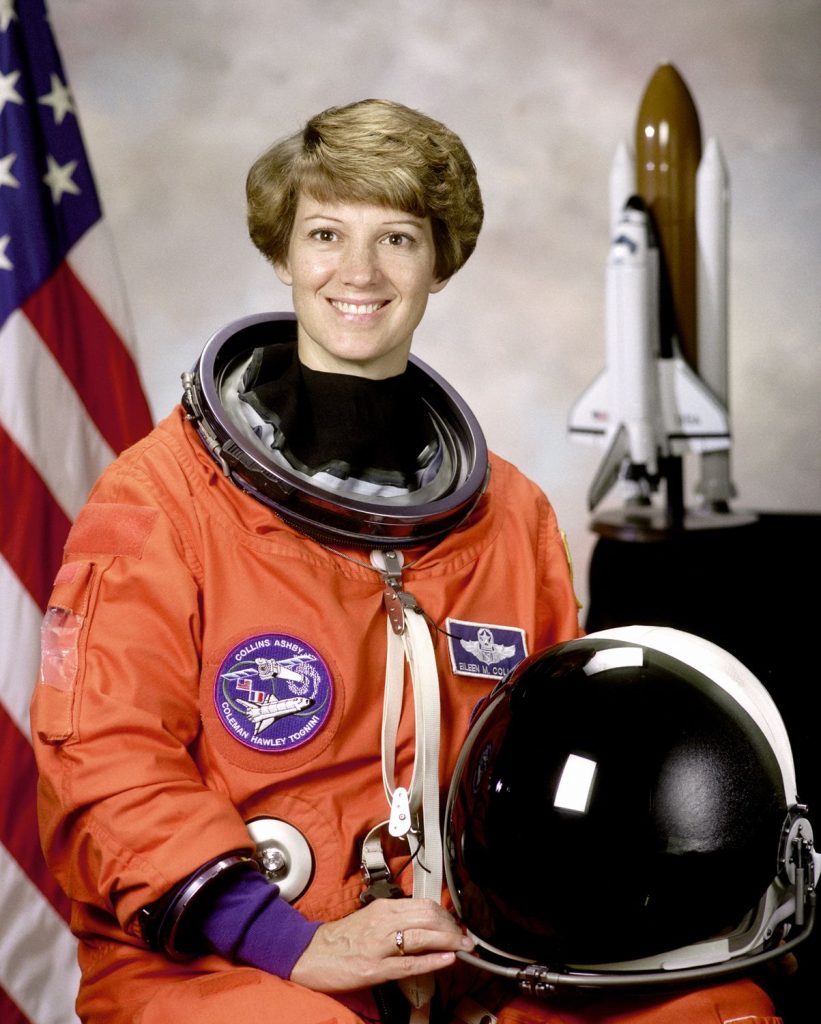 At least 50 women have gone to space with NASA

In the organization’s history, at least 50 women have traveled to space with NASA, according to the most recent statistics from the organization. Among these women are some known for incredible accomplishments, including Eileen Collins, who, in 1999, became the first woman to be a space shuttle commander. Four years prior, she was also the first woman to pilot a space shuttle. 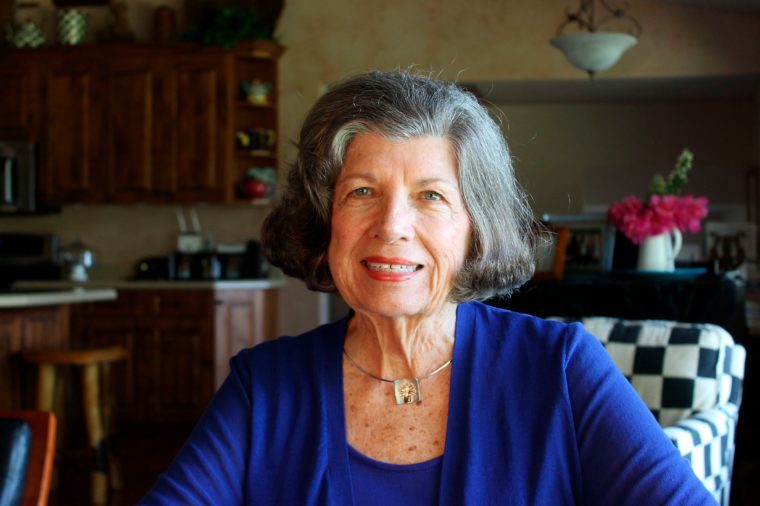 The woman who helped launch Apollo 11

There is an iconic photo taken on July 16, 1969, from NASA’s Launch Control Center, as the engineers watched Apollo 11 take-off. It’s filled with rows and rows of men, but if you look carefully, you can spot one woman: JoAnn Morgan. Not only was she an instrumentation controller for the Apollo 11 lift-off, but she also made many other significant contributions during her career with NASA. These include being the first woman at NASA to win a Sloan Fellowship, the first woman division chief, the first woman senior executive at Kennedy Space Center and the first woman director of Safety and Mission Assurance, among others. To learn more about the organization, here are 24 amazing facts you didn’t know about NASA.