World Environment Day: Dire Warnings Nature Is Trying to Give Us

If you think raging fires, polluted oceans, and animal die-off don’t directly affect you, you’d be wrong. We got the director of the environmental documentary Endgame 2050 to explain why. 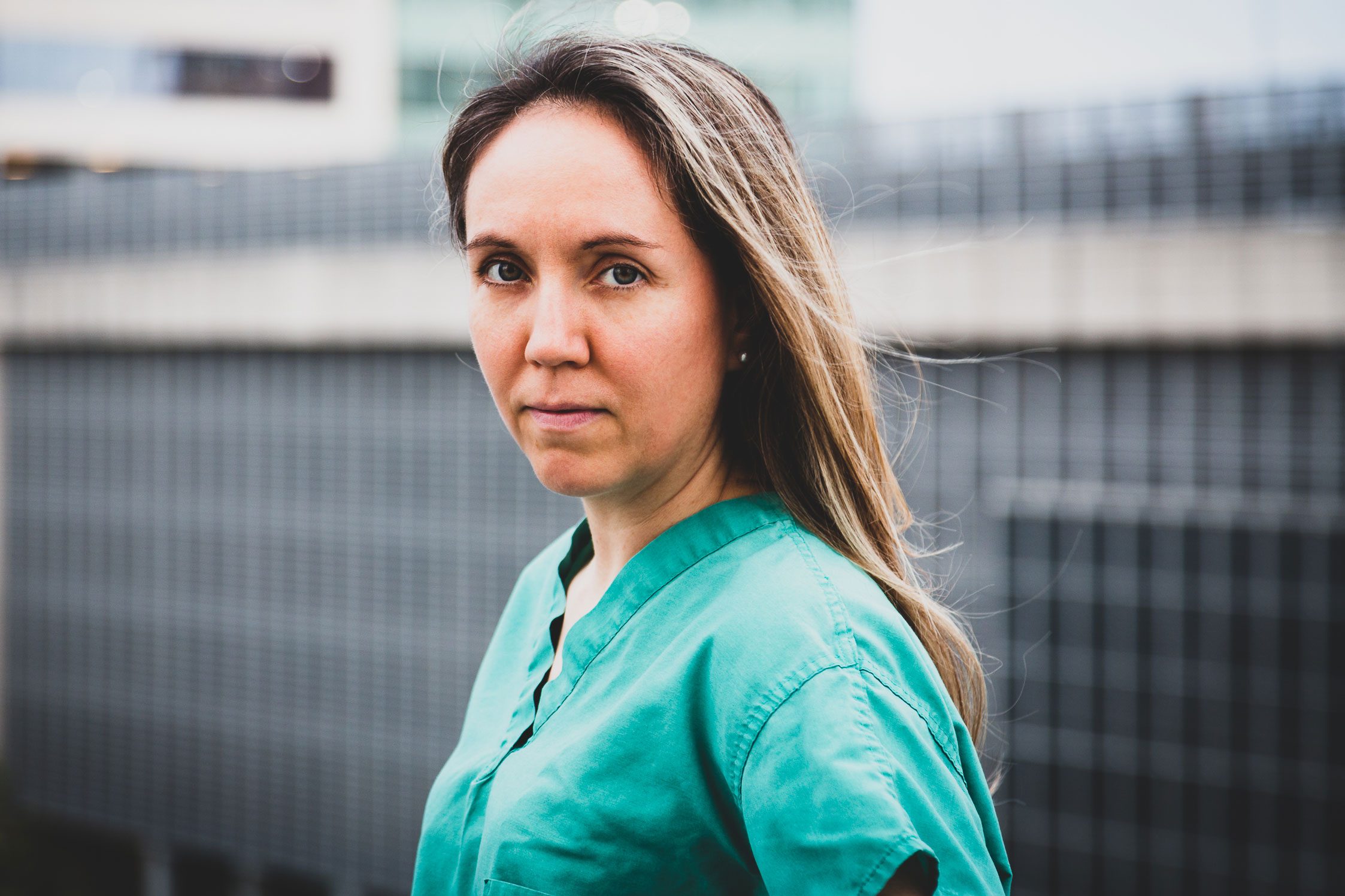 We all like to hit the snooze button sometimes, and not wake up until the absolute last second. But that’s what we humans are doing with the environment, and it’s not OK.

The planet has been sending us “wake-up calls” for a while. Actually, it’s been giving us a constant, deafening alarm that should have caused us to jump into action long ago. But we haven’t. We’ve ignored the alarm, hitting the proverbial “snooze button” over and over.

And if we don’t wake up soon, it will be too late. As should be clear by now, when we push nature, it pushes back. Sometimes it does so with life-altering pandemics. But it may also do so with the potential collapse of the very ecosystems on which our continued existence relies. To wit, see the most (and least) polluted cities in the world.

Why should we care? Why worry about animals literally choking on plastic if we’re not the ones choking? Yes, it’s sad that koalas are burned to death, but it doesn’t affect me directly, so why should I actually do something about it?

What we fail to grasp is how completely dependent we also are on the environment. It’s not just “nice” to have. We actually require a functioning and clean environment to survive. Of course, we should care about all of these issues for the sake of the other animals. But even if we look at it from a purely selfish perspective, we should still be urgently doing everything in our power to protect and preserve biodiversity and ecosystems—for our own survival.

These are some of the signals we need to be hearing loud and clear. 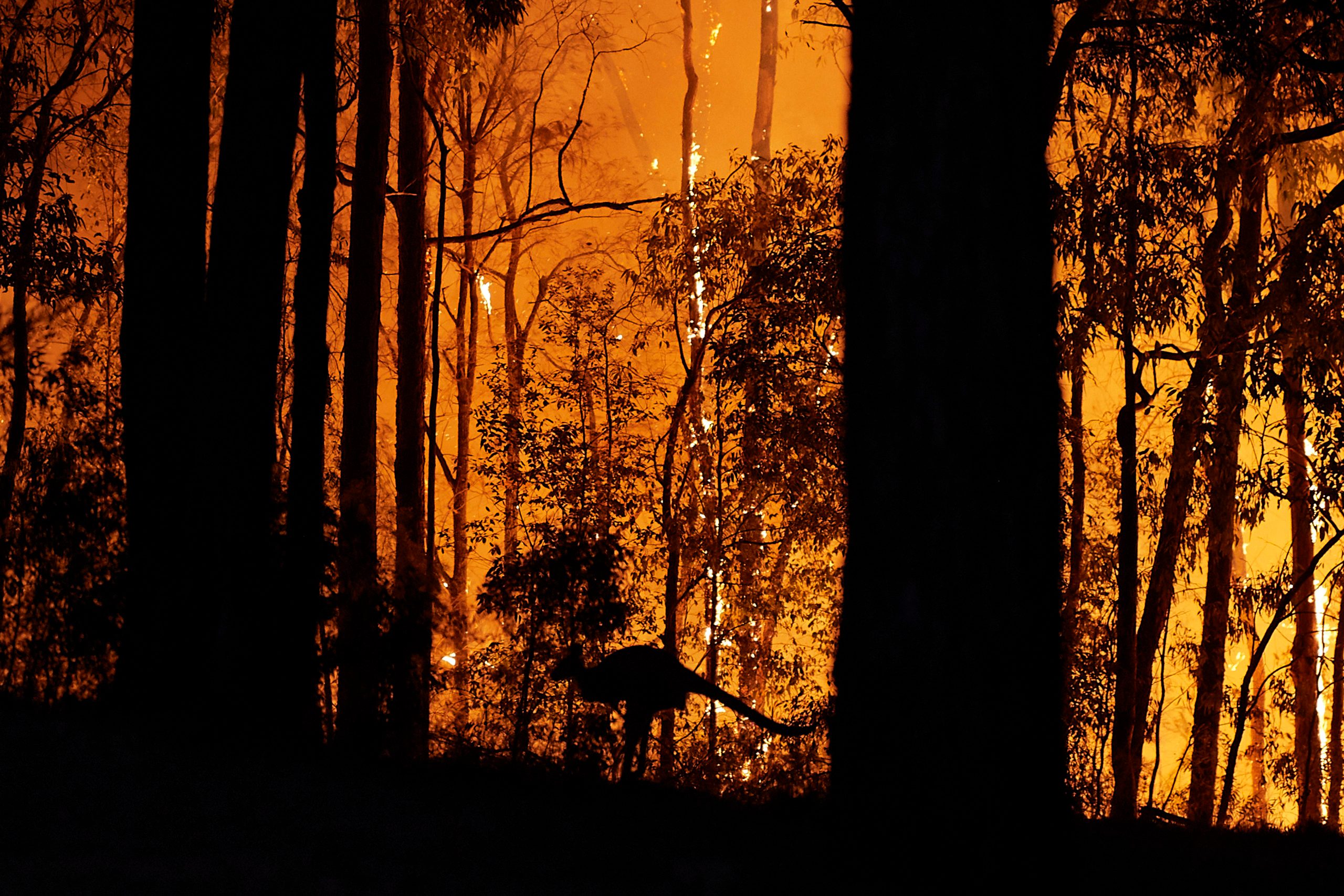 Just months ago, we were all shocked by horrifying images of koalas burned in the unprecedented Australian bush fires—fires that scorched around 27 million acres and killed at least one billion animals. The world mourned and people were brought to tears by images of fuzzy little koalas with burned feet and noses. Heart-wrenching images of charred kangaroos spread through social media almost as quickly as the fires that decimated their habitats. And we all (rightfully) thought, “Oh, how terrible!” Yet there was no meaningful action to address the underlying causes, though these 14 countries are doing the most out of all of us to protect the environment. 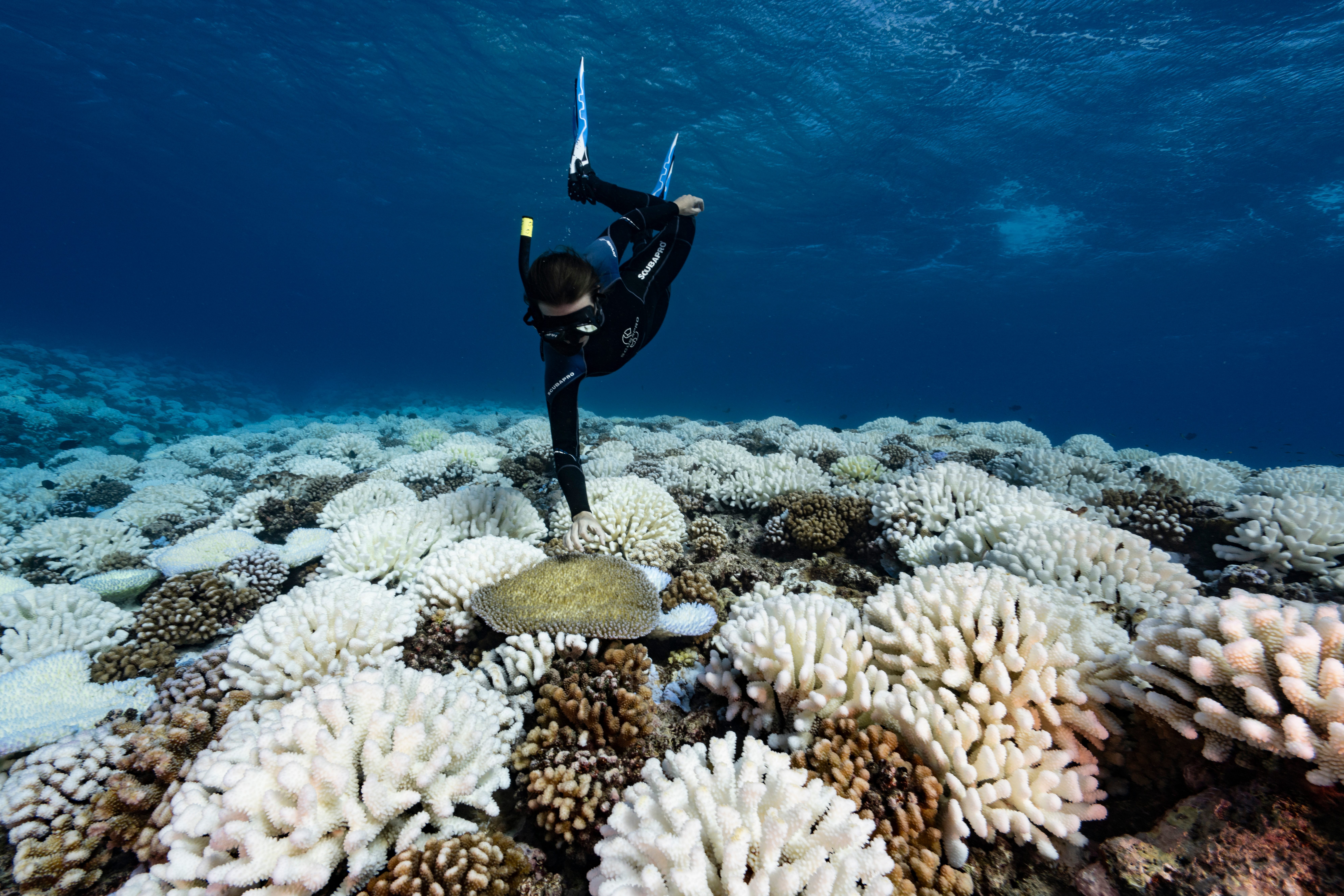 The whitening (or “bleaching”) of coral reefs has also shocked us. According to NOAA, around 75 percent of the world’s tropical coral reefs have experienced bleaching in the last few years, putting yet another serious and likely irreversible strain on ocean life. Also, sorry scuba divers—bad news—you might not have much more reef tourism either. Literally hundreds of millions of years of evolution wiped out in a few decades because of our activities. So, has there been any meaningful action to change our way of living to deal with it? Nope. In part because we don’t know that many of our “innocent” habits are harming our oceans. 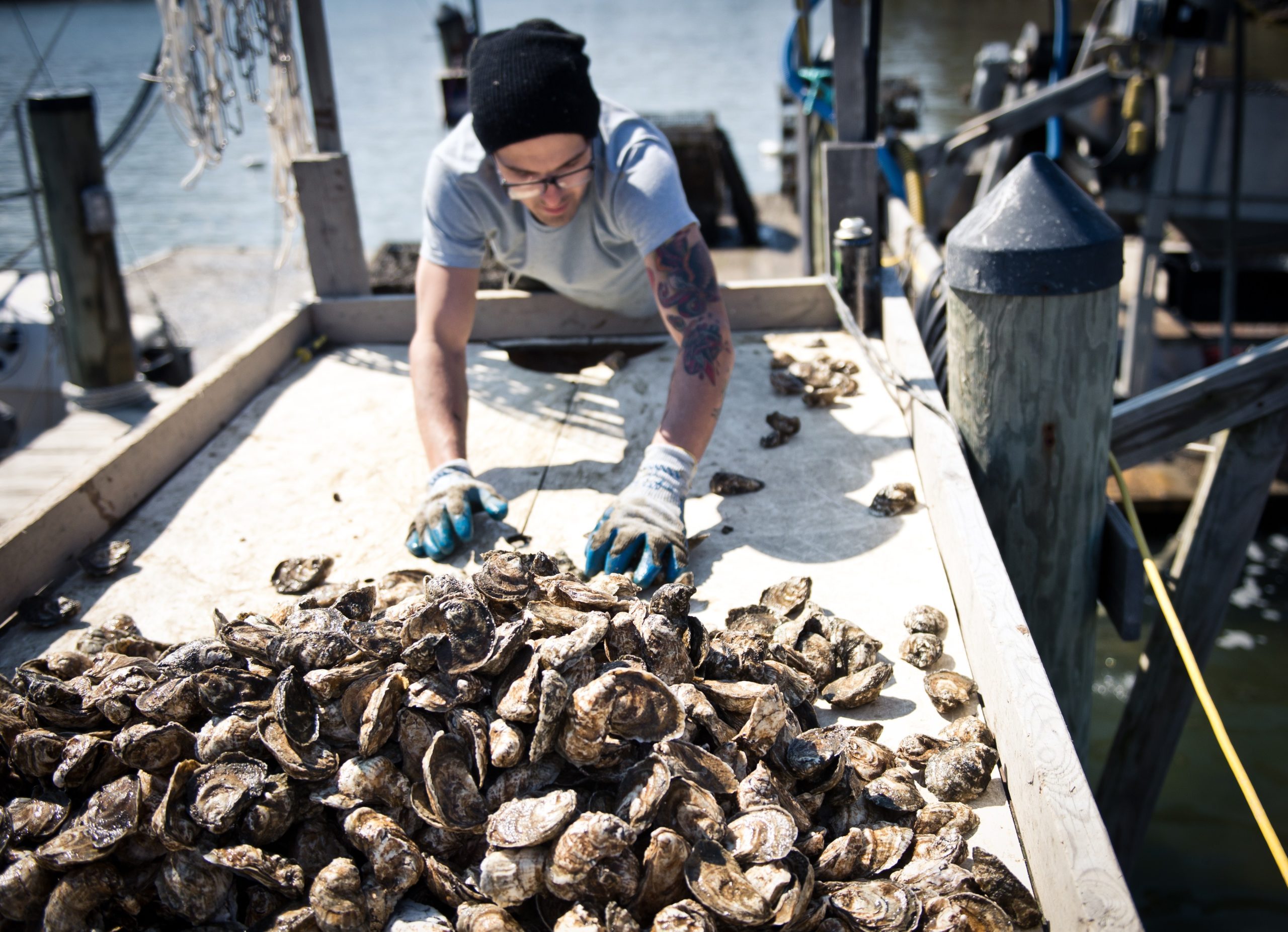 Oyster farms have had to move from the Pacific Northwest to Hawaii because the water was turning too acidic for their fragile larvae to survive. As discussed in my documentary Endgame 2050, ocean acidification has increased significantly since preindustrial times. And scientists from Yale University predict it will further acidify to unprecedented levels by the end of the century. Some crabs and other animals with shells are literally being killed by their own environment as it dissolves the one thing that protects their bodies. And why is this happening? Because one-third of the CO2 we humans pump into the atmosphere gets absorbed by the oceans where it turns into carbonic acid.

Ocean acidification and warming is killing off phytoplankton populations, which are tiny organisms that produce half of the world’s annual oxygen production. Yes—half of it.

Here are some small everyday changes you can make to cut back on air pollution. 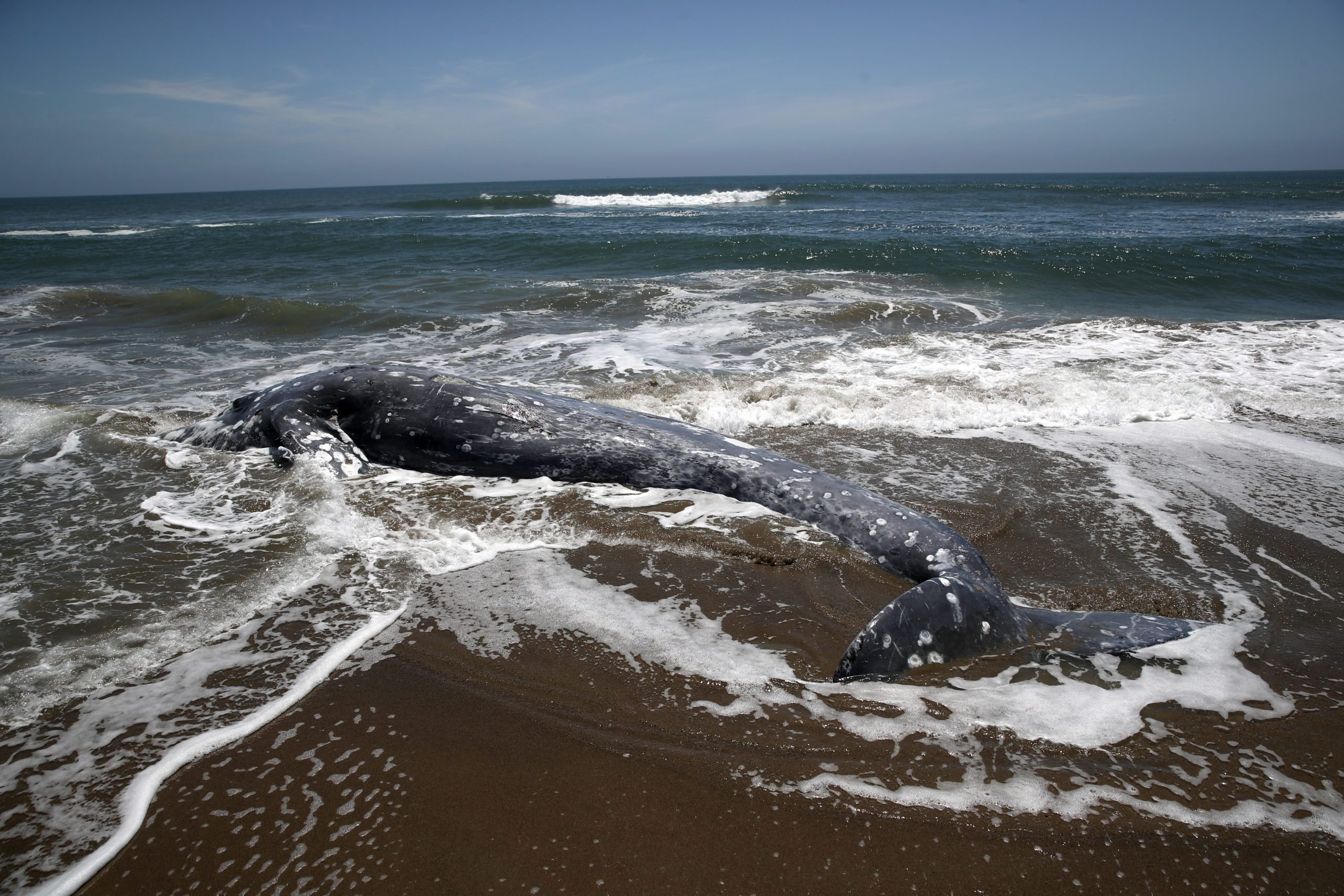 More and more whales are washing up dead on beaches because their stomachs are filled with plastic. I show one whale in my documentary, Endgame 2050, who was too tired and sick to eat anything because her stomach was filled with plastic—not a “little bit” of plastic—tons of it. We dump the equivalent of 1,440 garbage trucks filled with plastic into the sea every single day, according to the United Nations. It’s time to end our plastic addiction. Why are products like bananas mindlessly wrapped in plastic? Check out these facts that will make you stop using plastic. 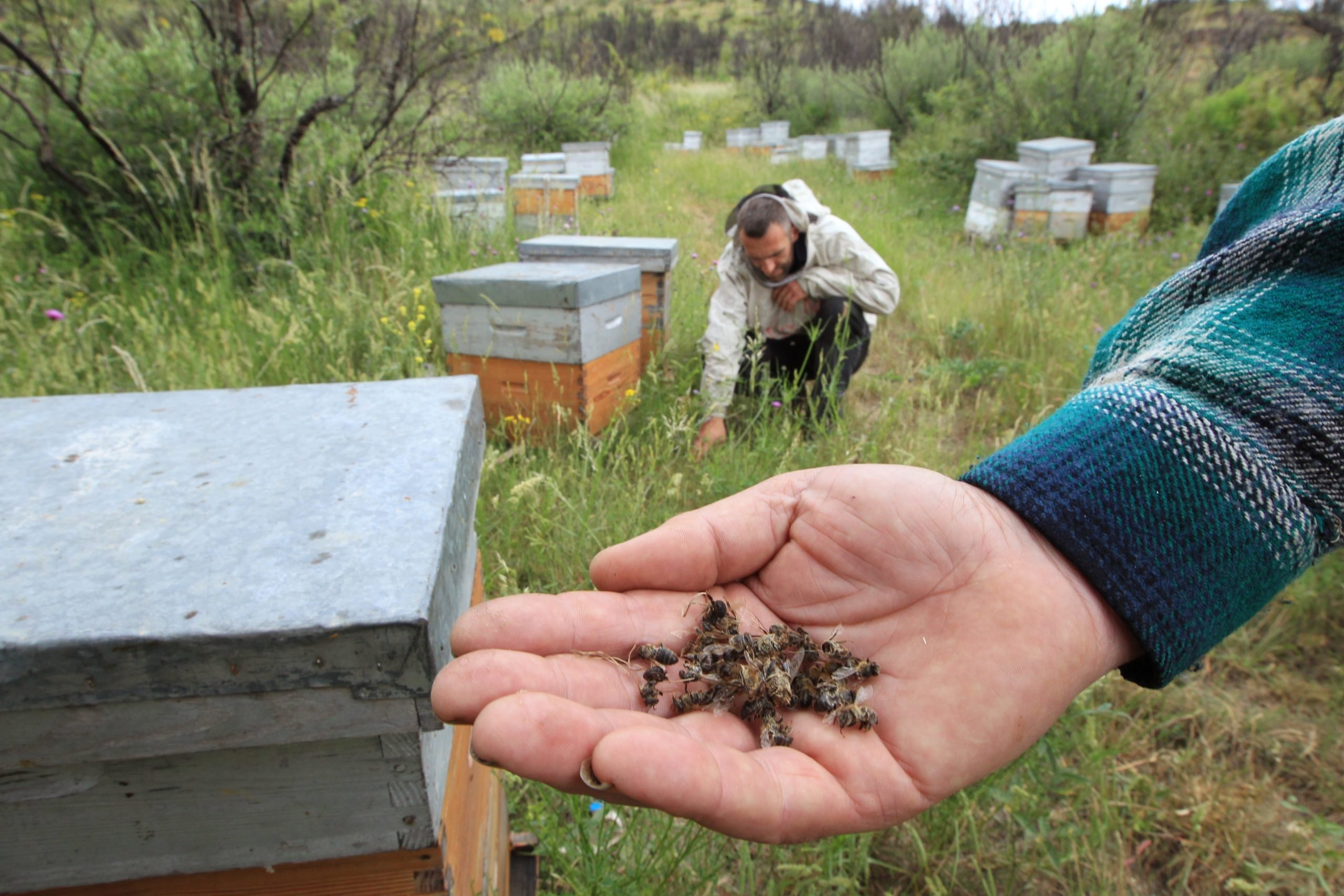 Insects are on the decline, with scientists warning that all insects may go extinct within a century. Amphibians are also going extinct, with over a hundred species have disappeared due to human activities, and one in three of the remaining species now at risk of extinction. Why should we care? Who wouldn’t want fewer mosquitos biting ankles on the patio? How about the fact that insects and numerous other animals are essential pollinators. Without them, we wouldn’t have the food and nutrients we need to survive. So, unless you’re into fasting…prolonged fasting that could last millions of years until biodiversity recovers, then maybe it’s time to worry about the loss of species like our lives depend on it—because they do. Did you know that these beautiful animals could go extinct during our lifetime? 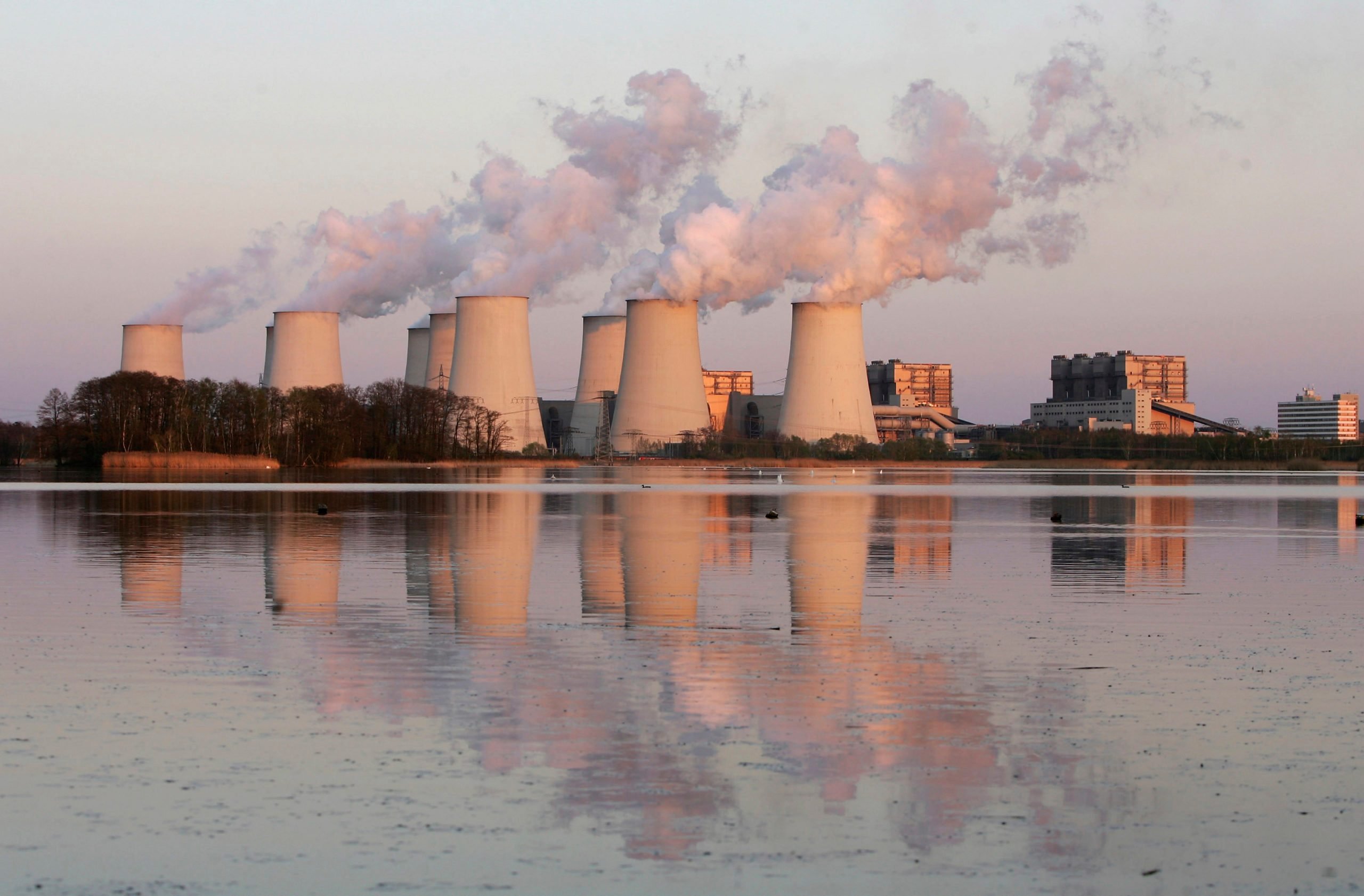 When it comes to climate change, physics doesn’t care if you “believe” in it or not. The physical properties of CO2 and other greenhouse gases are what they are. The more we emit, the more they will trap heat from the sun and continue to warm up the planet. CO2 in our atmosphere is now over 400 ppm (parts per million). Before the Industrial Revolution, it was only around 280 ppm, and it had been around that level for thousands of years. Climate change will continue to cause some regions on the planet to become dryer and more susceptible to fires—like the catastrophic fires in Australia. So, yes, the poor koalas and other wild animals are paying the ultimate price for our inaction on climate change. But make no mistake about it—we will, too. Here are 8 things that could happen if the Amazon rainforest disappeared. 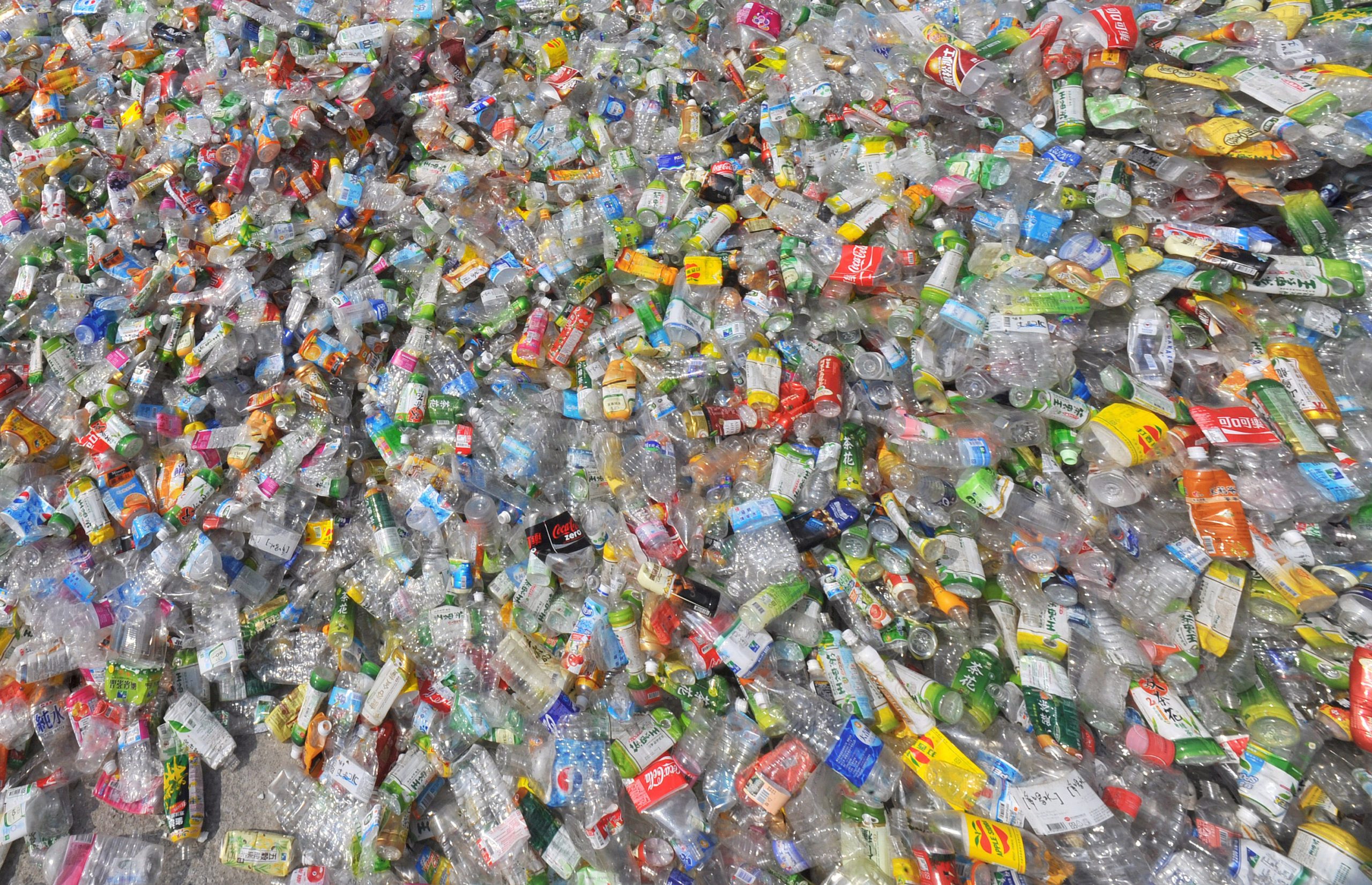 Why we do nothing

The main cause for our environmental apathy and lack of interest is, in my opinion, our failure to see how truly dependent we are on the environment for everything—from the food we eat to the water we drink, to the air we breathe. It’s not an abstract idea. Protecting the environment and other species is literally a matter of survival.

Yet we continue to run, full speed ahead, into an increasingly precarious environmental overshoot. Though there are simple ways to reduce our carbon footprint, we are consuming more resources more quickly than the planet can regenerate. We are eating our seed corn. And it’s getting worse.

We are using up our precious soils (which take thousands of years to regenerate and are essential for growing food). Our plastic production is going up every year, and we’re projected to increase plastic waste significantly by 2050. Palm oil demand is rising year after year. The production of meat and dairy products continues to increase, despite dire warnings from scientists. We are basically losing this war on every single front. 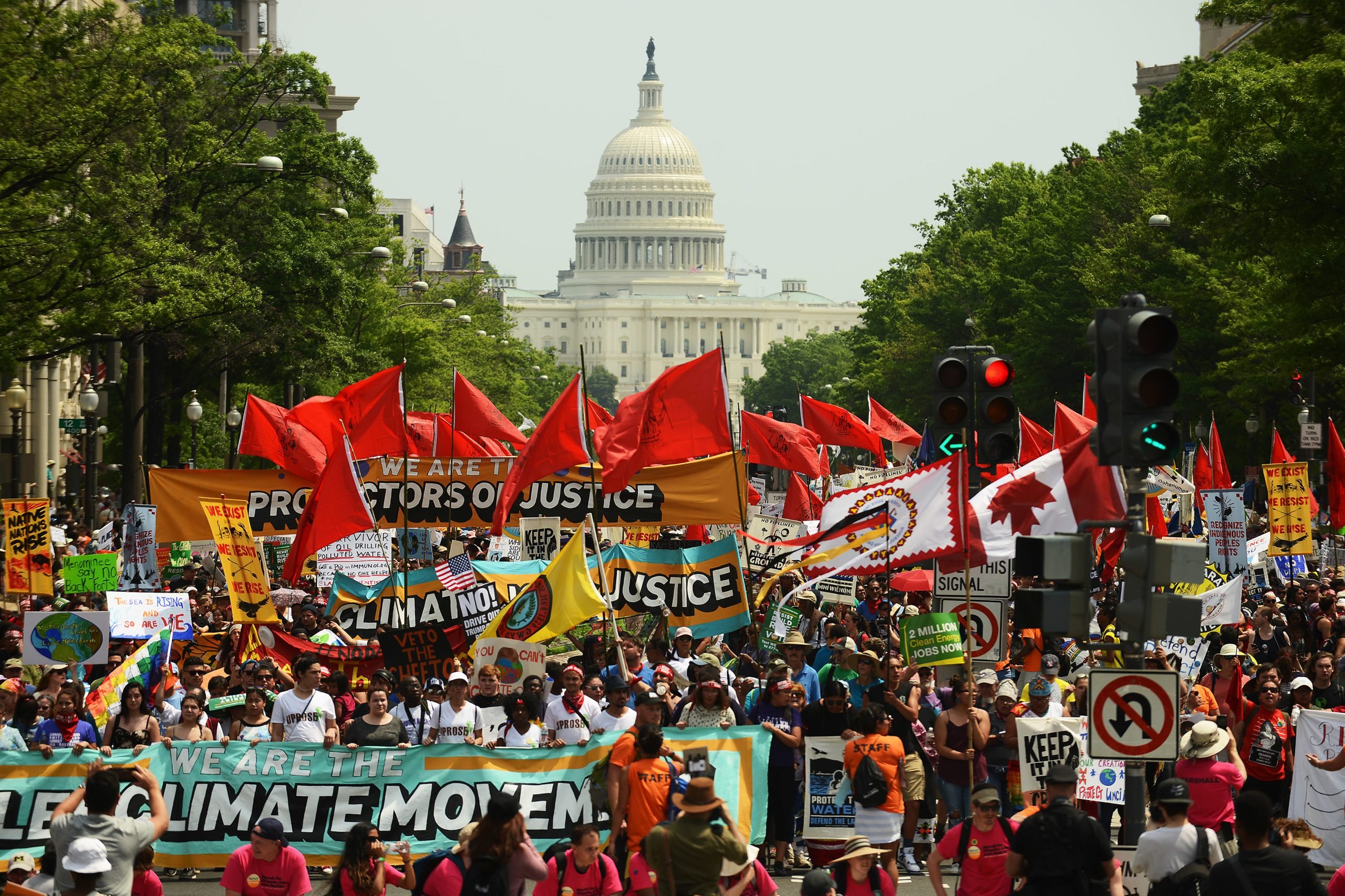 Actions we must take

It may seem overwhelming, but the problem is relatively straightforward. The impact on our ecosystems is simply the result of (1) how we consume and (2) how many of us there are.

On how we consume, individual choices add up and have a huge impact. This is very empowering because we don’t need new technology or laws to make changes in our personal lives: 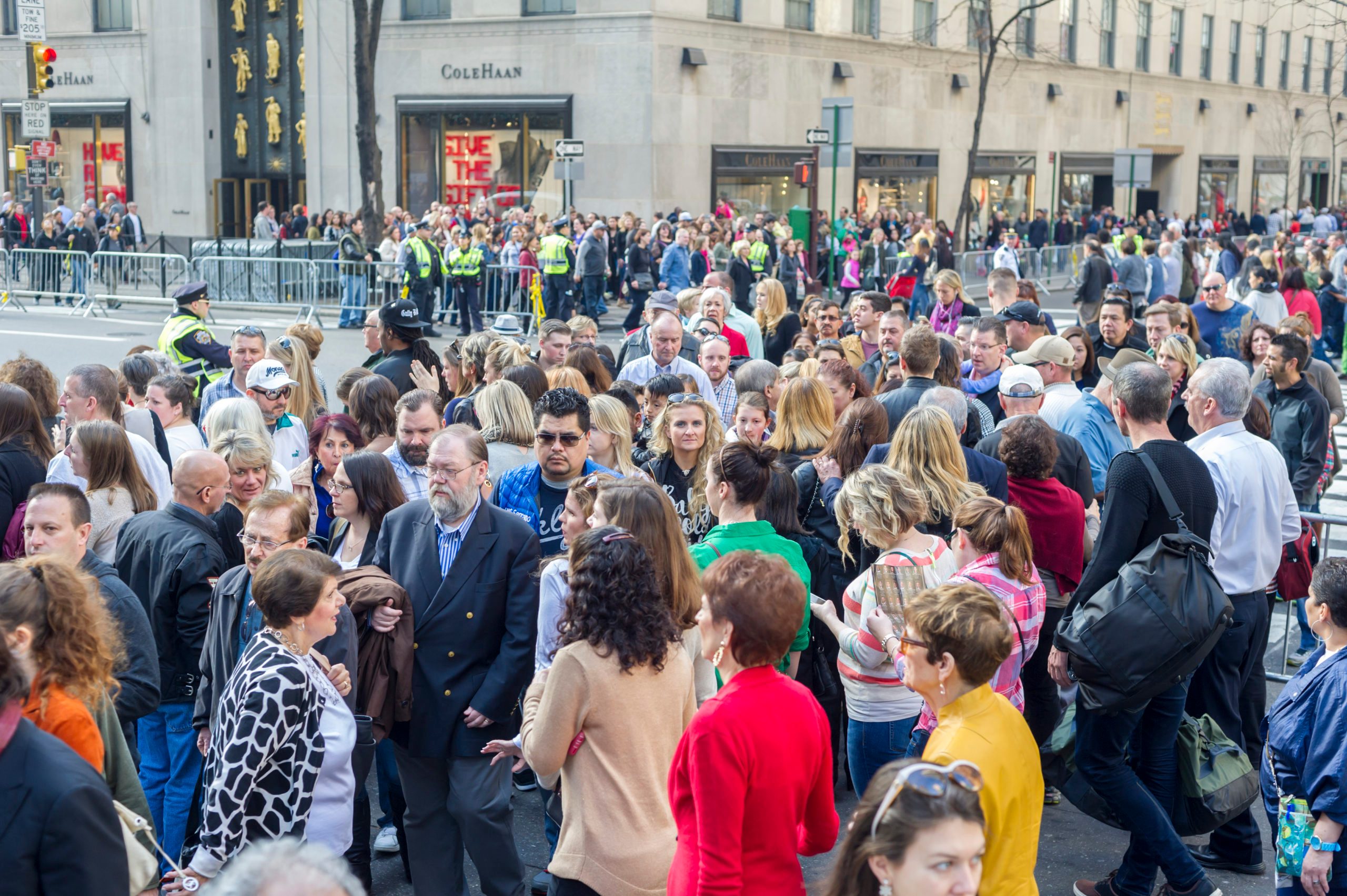 Our population soared from two billion to nearly eight billion in less than 100 years, and we are continuing to increase our numbers by more than 80 million people every year (and that’s net growth after deaths). This is like adding the entire population of Germany to the planet every single year. This growth is a multiplier that affects every single global environmental issue we face. The population may be an uncomfortable and difficult topic, but the impact it is exerting on our planet and other species is undeniable.

I believe simply bringing more awareness to the issue of population growth would be immensely helpful in itself. According to a 2017 paper in Environmental Research Letters, having one less child is by far the most impactful action a person can take to reduce their carbon legacy. I think the planet would fare much better if we gave consideration to this issue when making our personal family choices. You rarely hear the needs of the planet being considered when people are deciding the size of their family. We also need to support women’s access to family planning, both as a matter of basic human rights and to ensure that every woman has the power and means to determine the number and spacing of her children.

Earth Month turns 50 this year: How much has changed? 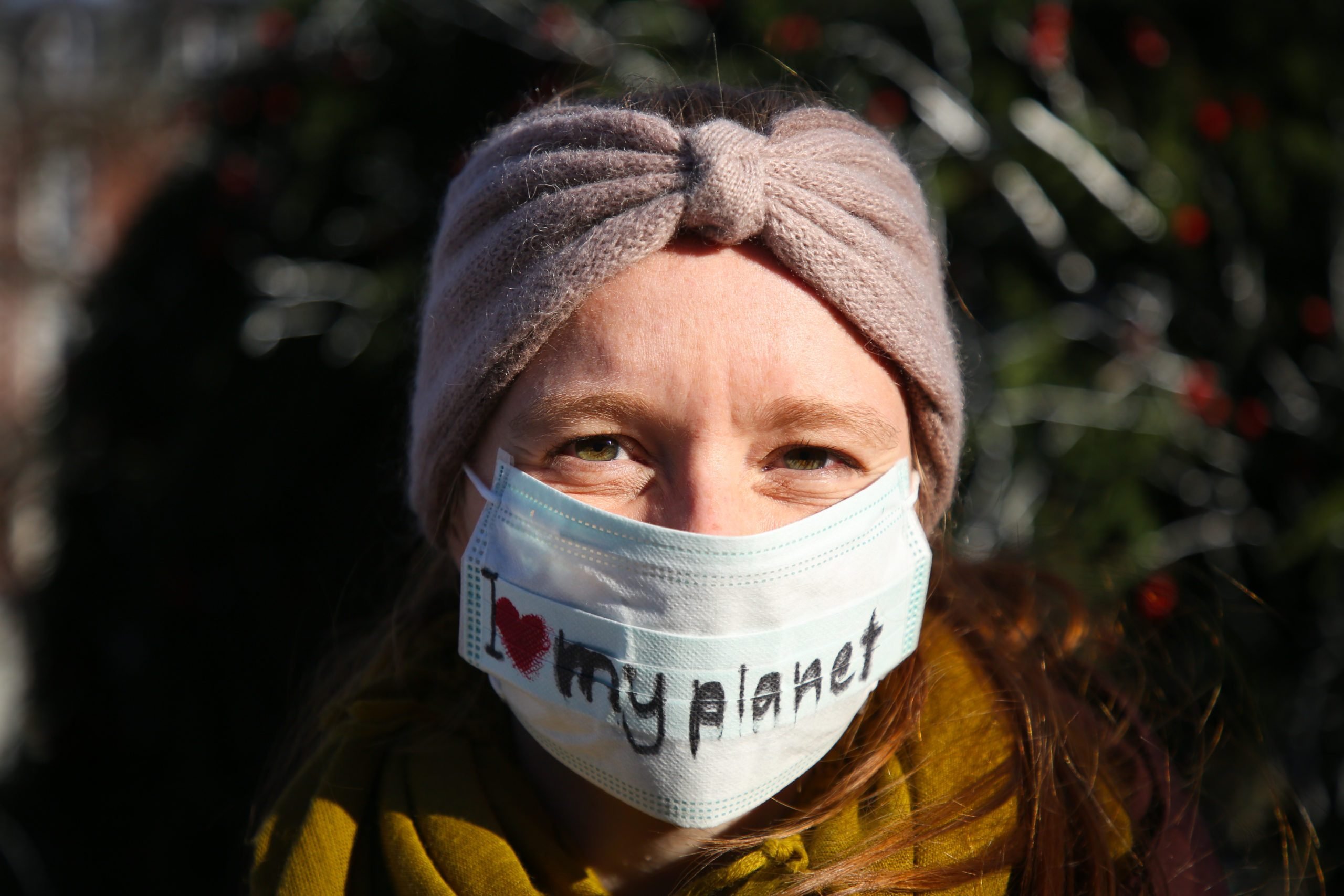 Showing the world some love

Let’s take care of the only home we have and the only other companions in the universe we have ever known. If we don’t heed the deafening alarms our planet has sounded, what does that say about us as a species?

Carl Linnaeus named our species Homo sapiens in 1758, which literally means “the wise man” in Latin. But was that ever an objective description? Time, of which we are running out, will tell. No more hitting the snooze button. That is why the tagline of my film is “Humanity’s Last Chance is Now”—as I think that is quite literal.

Inspired to take action? These are the little things you can do every day to help the environment.

Sofia Pineda Ochoa, MD, is producer and director of the environmental documentary Endgame 2050. She is also a physician at the University of Texas Medical Branch, and co-founder of Meat Your Future, an educational non-profit that provides information about the health, environmental, and ethical implications of consuming animal products.