If you've ever wanted to be famous, check out these kids: They set or broke Guinness World Records—and you won't believe how they did it.

Who said world records were only for adults? Kids can do almost anything these days, and that includes breaking their very own records. From the youngest magazine editor to the youngest DJ, here are 13 awesome kids accomplishing truly remarkable things. Once you think about some of the most outrageous world records out there, these become less surprising.

Most claps in a minute

Clapping may seem like an easy record—but it’s harder than it looks! Just ask Seven Wade, the Florida based student and current Guinness Worlds Record holder of the most claps in one minute. He often trained three times a day, five days a week, clapping feverishly against the timer on the microwave. He clapped so much that he got blisters and would have to rest a day or two before training again. When the day came to break the record in December 2016, Seven clapped 1,080 times in one minute and beat the old record by 60 claps! Watch the official record-breaking clapping here. Check out the craziest world records in every state.

Yep. You read that right: Que Jianyu, 13, from Fujian, China, started solving Rubik’s Cube puzzles when he was six years old. He upped the difficulty factor by solving three while juggling them. He got a crazy impressive time of 5 minutes and 2.43 seconds in November 2018, breaking his own record of 5 minutes and 6.61 seconds in December 2017.

Talk about timing and precision—this amazing, elementary-aged skipping team holds the world record for the most skips over a single rope in one minute. Two rope spinners and 12 jumpers skipped over the rope 230 times in one minute without tripping in September 2017, as you can see in this video. Here are some new world records worth checking out.

It’s fun to create stories in your head or film funny skits on your phone—but twelve-year-old Krshaana Rawat from Jaipur, India went a lot further: She wrote, planned, and performed in her own 85-minute play, titled Mystical Magical Adventures: The Lost Key, and became the youngest practicing playwright at only ten-years-old in April 2018. Krshaana played the lead role of Tinky, who meets mystical creatures that take her on a magical adventure to save a kidnapped fairy. Some of her friends were also in the play, but she hired professional actors, actresses, and dancers for the rest of the roles. And if you’re not impressed yet, here is a shelter cat that became a world record holder.

Ciela Villa of New York loves science and slime—so why not combine the two and break a world record? Ciela, a fifth grader, was inspired by an experiment in the Guinness World Records: Science & Stuff book: She carefully followed the recipe to make the record-breaking blue slime. After a few attempts at perfecting just the right mix for stretching, she achieved the longest distance (with no breaks in the slime) of 7 feet, 4 inches in 30 seconds!

Youngest person to discover a fossil of an unknown dinosaur species

In 2004, Diego Suarez was just seven years old when his geologist parents took him along on a research trip to the forests of Aysen in Chili. Diego was wandering around when he tripped on the vertebrae of what turned out to be a prehistoric creature! After a lot of studying and research, scientists named the unknown dinosaur species the Chilesaurus diegosuarezi, in honor of Diego! Human record-holders are inspirational and all, but here are some amazing dogs that hold their very own world records.

A magazine published in Australia called It GiRL had the youngest editor on staff as of April 2017. At just eight years old, Roxanne Downs was creating editorial concepts, market research, writing the monthly editor’s letter, reviewing the magazine before it went to print, and meeting new people in the magazine business at lunches with other adults. Roxanne juggled all this plus homework and a social life while working on this magazine specifically for tween girls.

Anyone can make a Spotify playlist for a party, but Archie Norbury (also known as DJ Archie) likes to put in a little more effort when playing music for a crowd. In fact, he is already making moves by performing in nightclubs around the globe, attending popular UK music festivals and even appearing live on national breakfast show “This Morning”. Norbury became the youngest club DJ in 2019 after playing an hour-long set at the Hong Kong nightclub “Bungalow”. Watch him show off his talents here. Ever wonder what kids did a long time ago for fun? Look at these old-timey pics to find out!

Kids—and plenty of adults—love watching someone unbox a new purchase—especially if it’s something they can’t yet get themselves. Maybe that’s why more than 28 million people to date have watched YouTuber EvanTubeHD (now 14 years old) unbox and review, “MINECRAFT Papercraft Overworld Delux Set” that went live on February 14, 2017. What’s really cool about Evan is that he just doesn’t review cool toys and games in a fun and entertaining way, but he actually donates most of the toys to charity. He also uses his popular YouTube channel to bring attention to worthy charities. If you haven’t already seen it, you can watch the unboxing here.

While there are a lot of young drummers, the rules for Guinness World Records says that a drummer must record a real song and be paid for his skills, and the drummer must have given at least 20 concerts of 45 minutes or longer within a five-year time frame. At the age of just four years old, Julian Pavone met all those qualifications when he played the drums in his 20th concert in March 2009—check out his beats here. 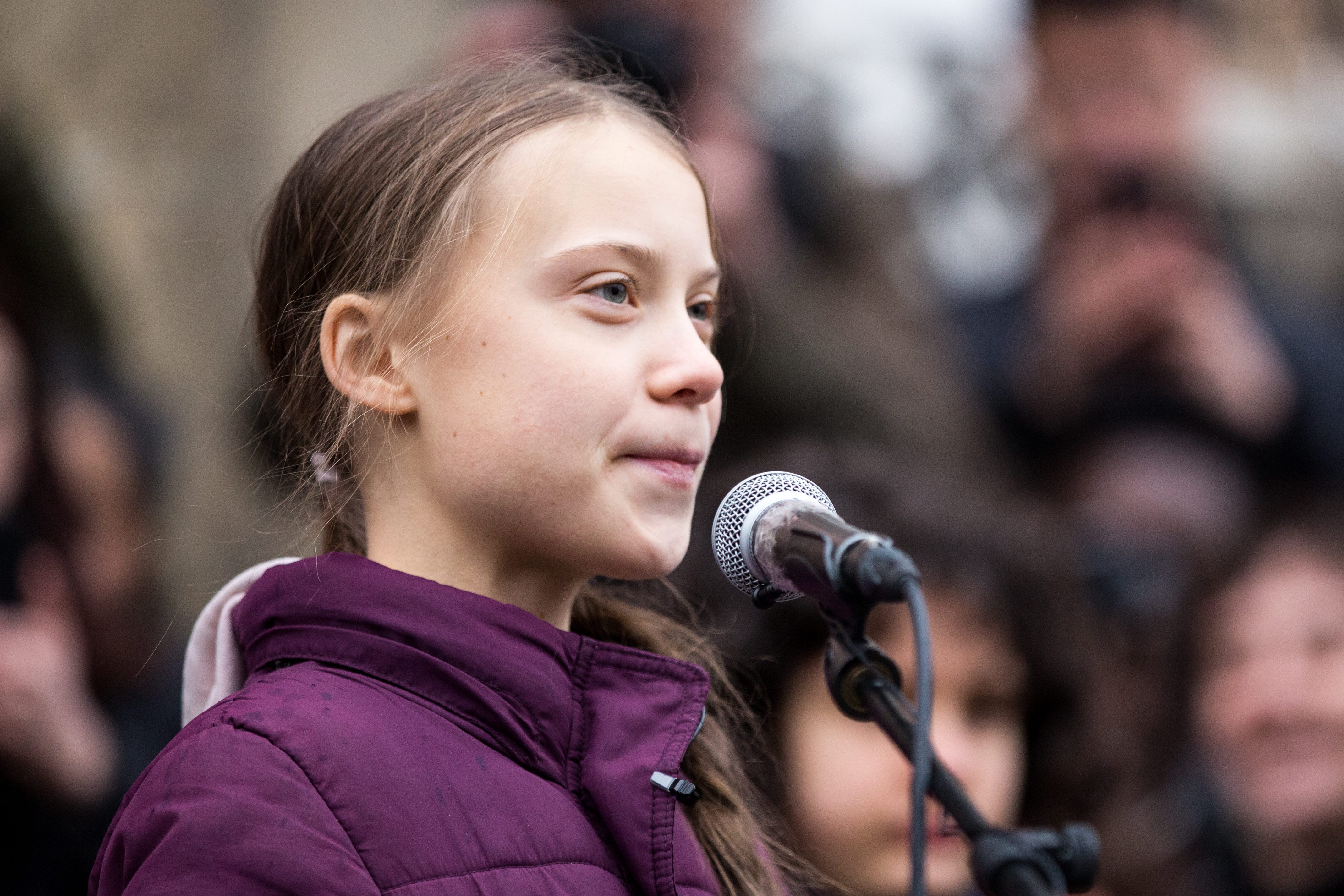 Youngest “Time Person of The Year“

It’s important to fight for something you believe in — and 17-year-old Greta Thunberg is doing just that. The climate change activist was 16-years-old when she became the cover star on the 23 Dec/30 Dec issue of the magazine. In 2019, Thunberg also met with numerous government officials as well as giving speeches at major events such as the UN Climate Action Summit held in New York City, USA. Check out these other kids doing incredible things to make the world a better place. 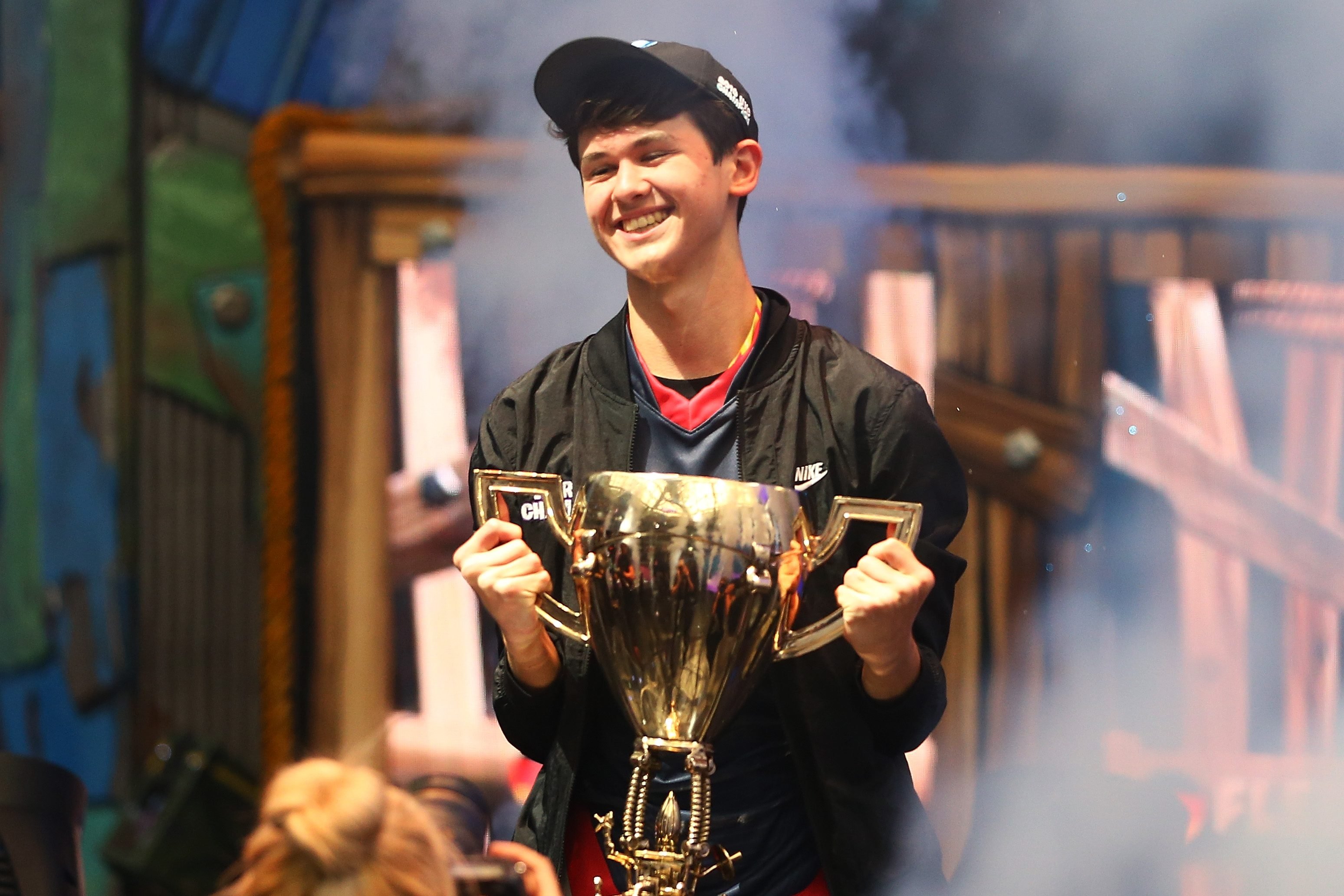 The Fortnite craze took the world by a storm, so no wonder there is a Fortnite World Cup (the first of which was held in July 2019). Kyle Giersdorf, a 16-year-old from Pennsylvania, became the first solo player who won the championship and got to go home with a $3 million grand prize. Who said there was no future in playing video games?

A group of Clark Mills Elementary and Milford Elementary school kids in New Jersey went for their world records to raise awareness for a fellow student who is suffering from a rare and fatal disease: The group put together the fastest assembly of 10,000 Legos in just three hours, breaking the old one by five hours; they also set the record for the longest Lego chain, which ended up at 947 meters, beating the old record by 40. Here are the 12 karaoke world records you never knew existed.