Looking for fresh reading material? Skip the traditional bookstore aisles and head to the young adult section, where you'll find some of the world's most addictive and compelling literature. 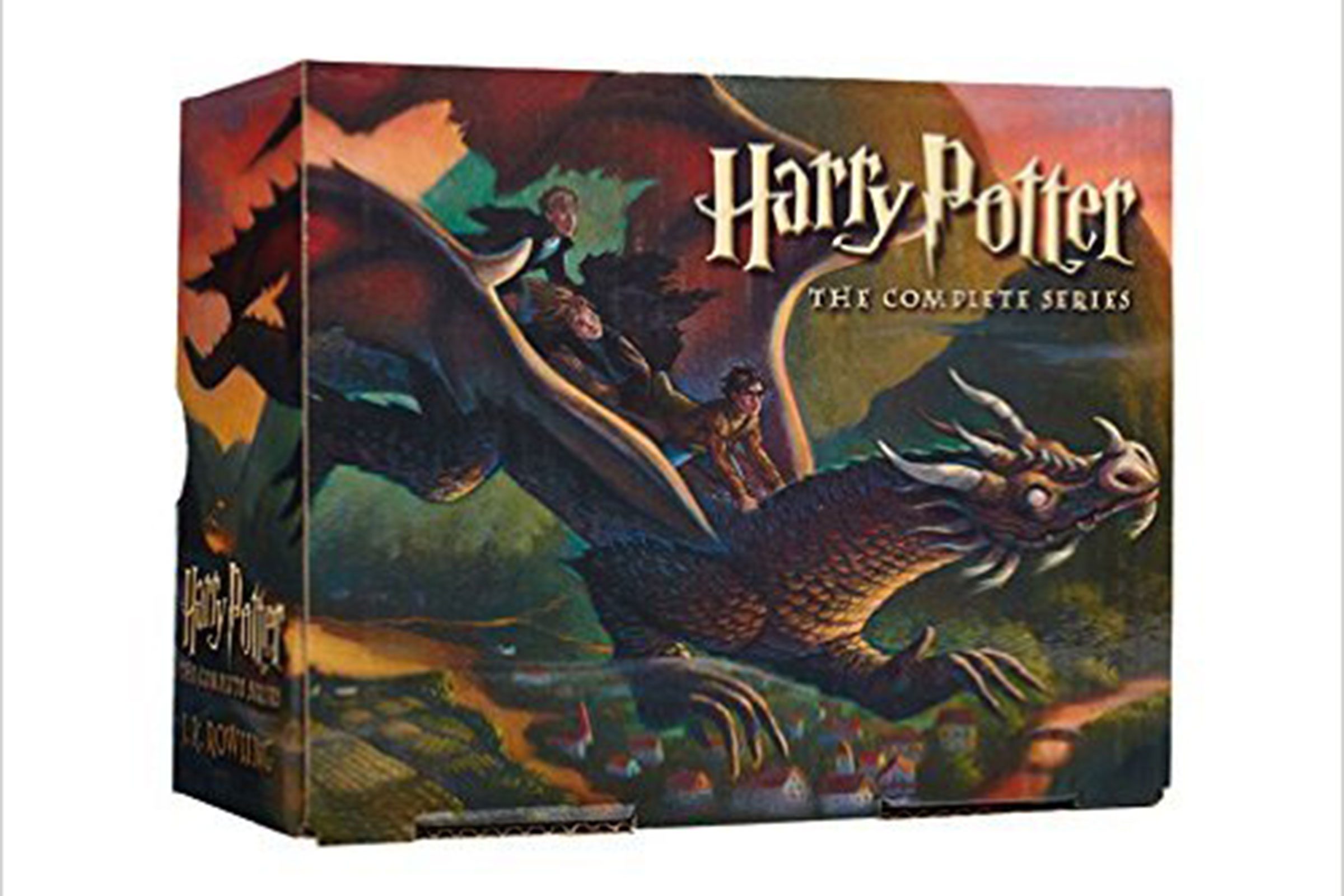 If you’re a grown-up and still haven’t read the Harry Potter novels, ahhh! You don’t know what you’re missing. J.K. Rowling’s tale of the English boy wizard and his arch nemesis, the dark wizard Lord Voldemort, is nothing short of transcendental. As he grows into a confident teen, Harry struggles with the same issues all peers face: the pressure to fit in, anxiety and stress over grades and homework, and the power of friendship—albeit, with a side of wizardry thrown in for good measure. (And once you read the books, these Harry Potter jokes will make a lot more sense to you.) 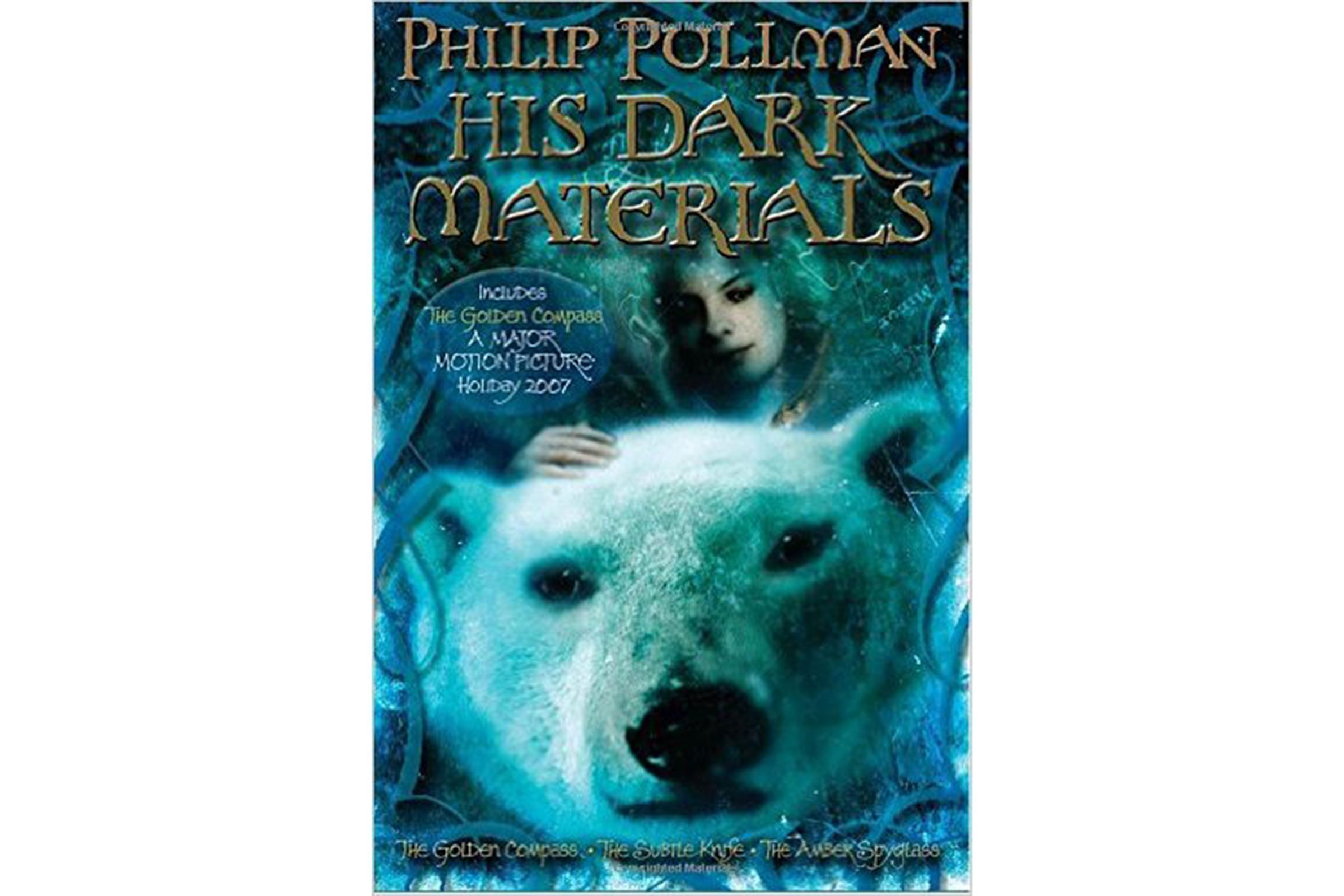 This trio of coming-of-age fantasy novels by Philip Pullman begins with The Golden Compass, which many critics consider to be one of the finest pieces of young adult literature ever published. Adults will find this award-winning trilogy spellbinding as they follow the adventures of Lyra and Will, two children who travel through vibrant parallel universes that are at once similar to and quite different from our own. Even though it’s targeted at children, the series’ complex themes related to morality, identity, and fate versus free will entice readers of every age. These are the best short books you’ll ever read. 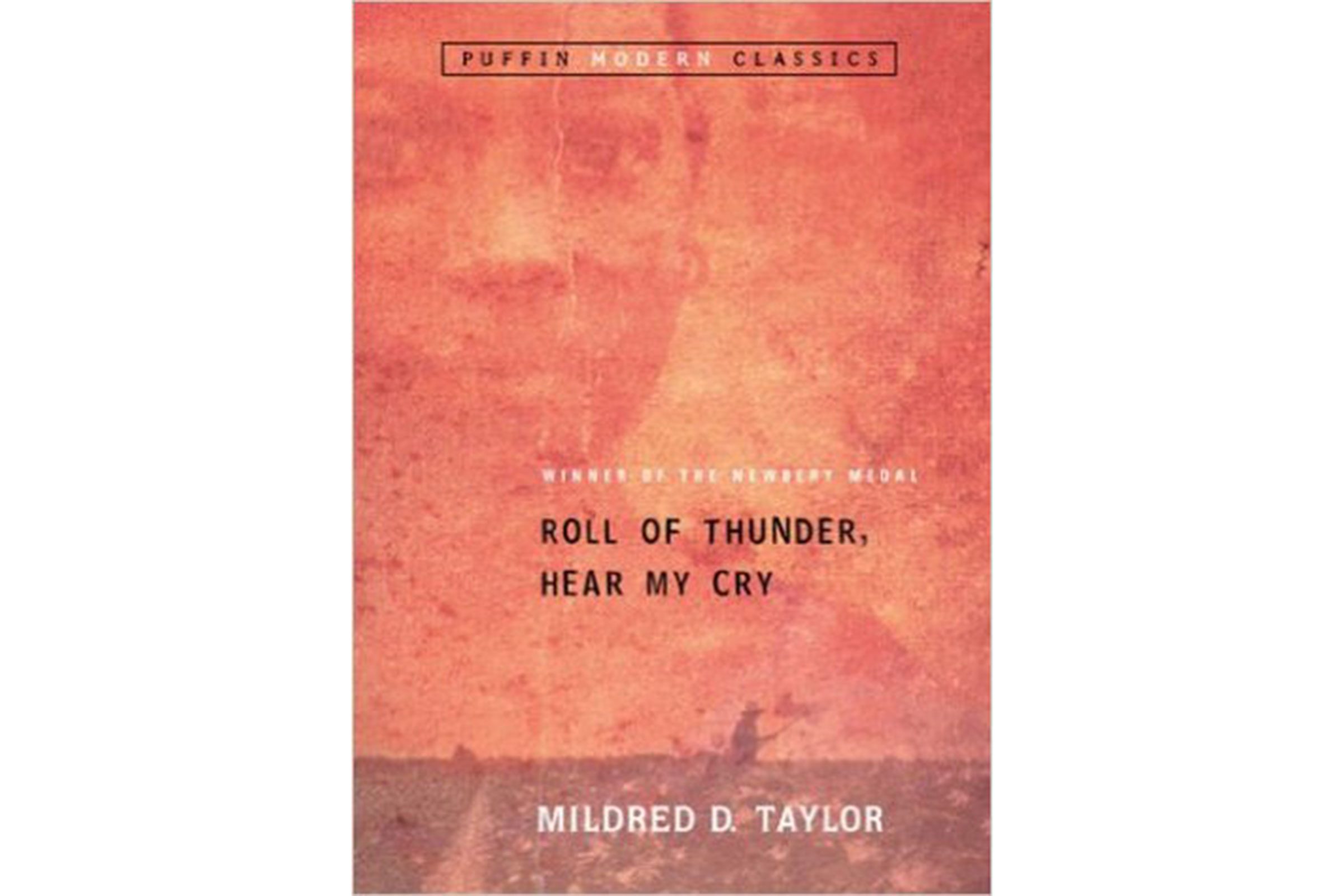 Roll of Thunder, Hear My Cry

This 1976 book by Mildred D. Taylor is a candid and compelling look at racism in the South during the Great Depression. As the second in a series of four books about the Logan family, this novel follows protagonist Cassie Logan, a 9-year-old girl and her family, as they struggle to keep their land while confronting varying degrees of racism from the white townspeople. As a narrator, Cassie is both brave and naïve; hence, adults can benefit from Cassie’s perspective on what it’s like to be a child living in a racially oppressed environment. 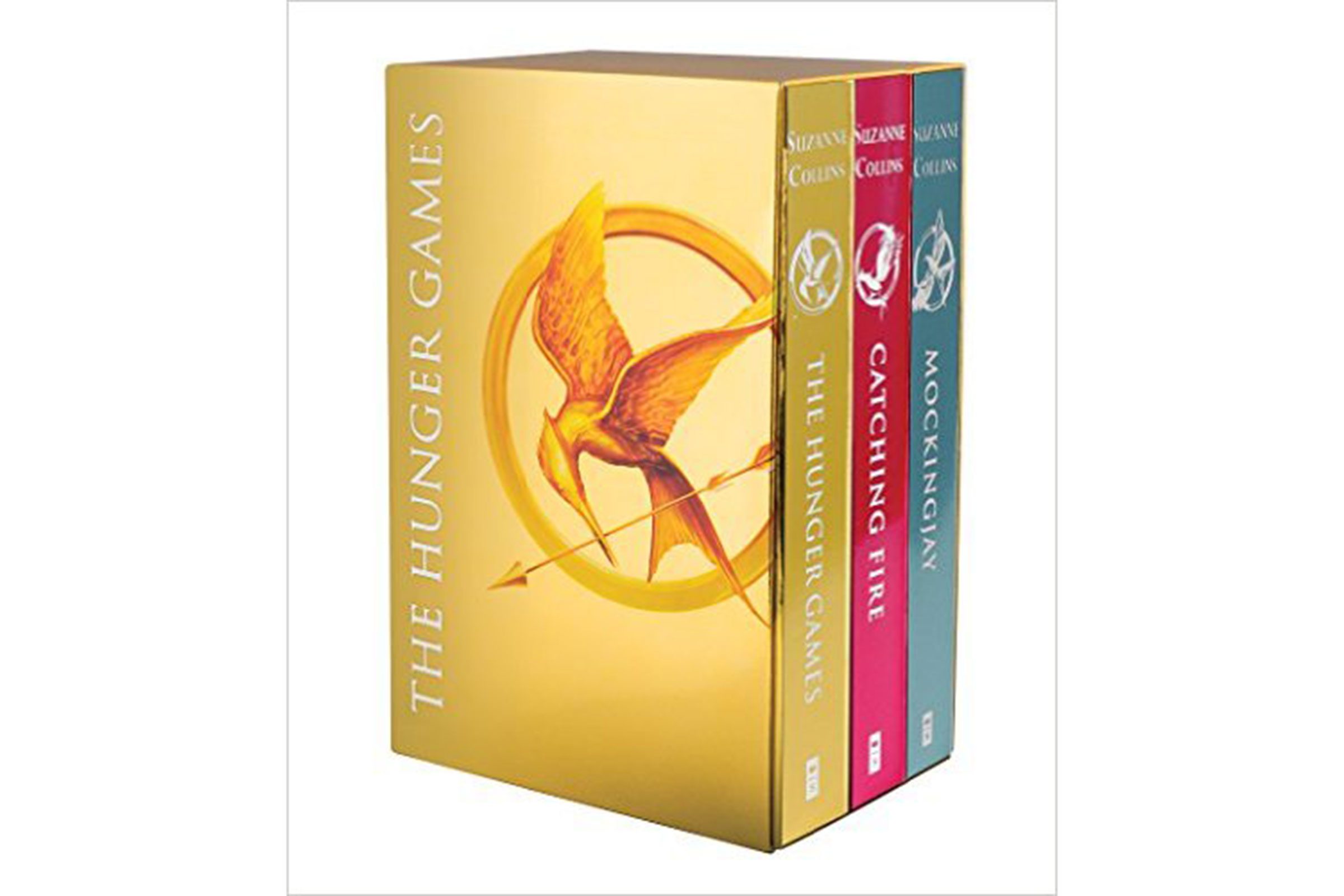 If you have a young reader in your house, chances are you’ve heard of The Hunger Games. This dystopian trilogy by Suzanne Collins, which includes The Hunger Games, Catching Fire, and Mockingjay, is set in the post-apocalyptic country of Panem, where children are selected annually to participate in a televised, fight-to-the-death battle called—you guessed it—the Hunger Games. The rebellion inspired by the series’ sharp and spirited hero, Katniss Everdeen, will captivate readers of all ages. As a bonus, actress Jennifer Lawrence’s portrayal of Katniss in the series’ blockbuster movies is spot-on…but you should read the books first. Don’t miss these other movies that were better than the book. 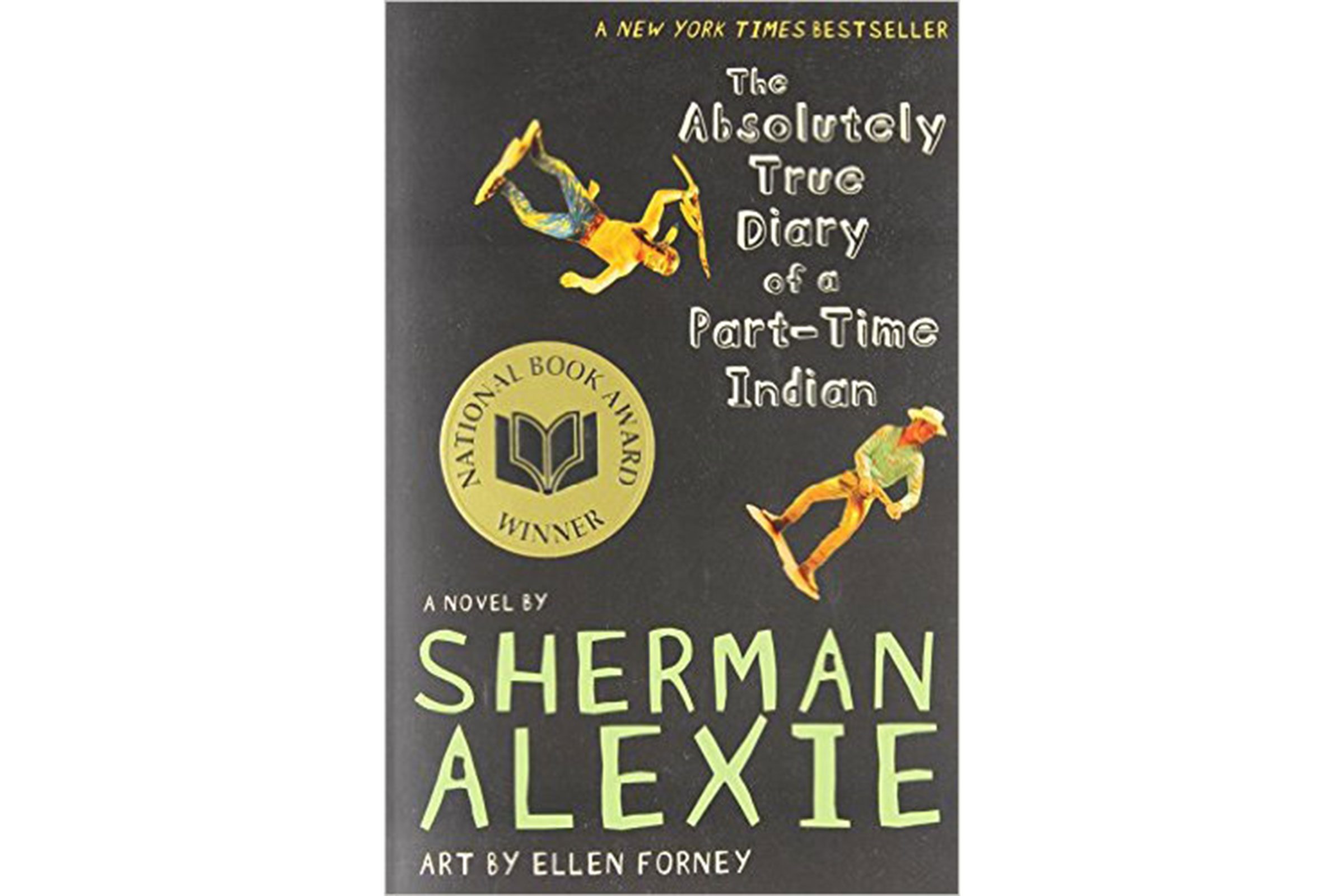 The Absolutely True Diary of a Part-Time Indian

This award-winning novel by Sherman Alexie was published in 2007 and instantly became a must-read for young adults. It tells the story of Arnold Spirit, a small, stuttering, 14-year-old Native American who suffers discrimination and racism at the hands of his peers. After an incident with a teacher, he leaves his reservation’s poverty-stricken school to attend a school in a wealthier, mostly white school district. Despite the incessant bullying, Arnold remains hopeful and joyful, proving that it is possible to overcome despair, even in our darkest moments. These are the inspiring books every teacher needs to read. 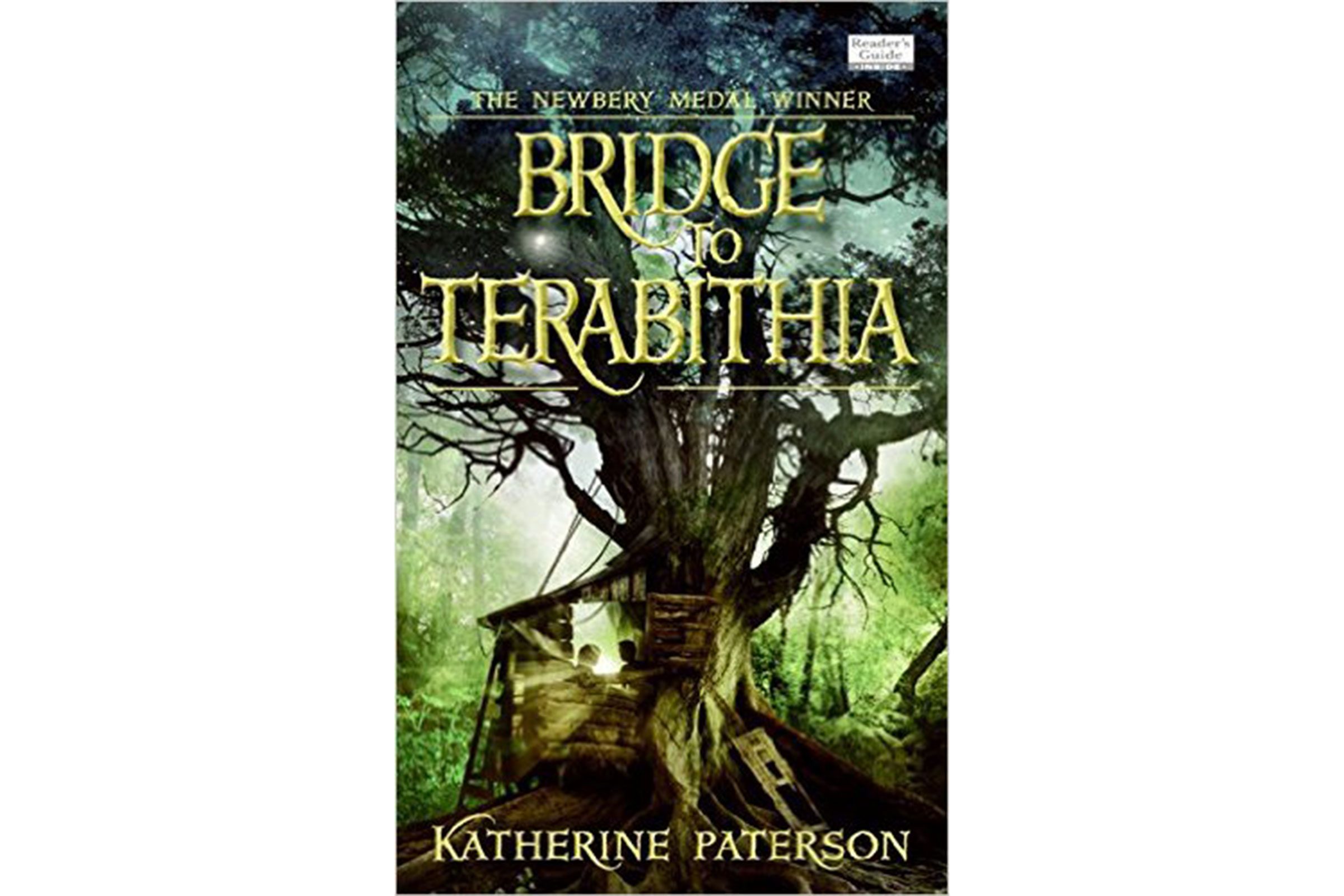 This 1977 novel by Katherine Paterson has won numerous awards. It’s also been parked on the American Library Association’s list of Most Frequently Challenged Books for numerous years, due to its discussion of death and its depiction of religion—oh, and its use of swear words. It tells the story of the friendship between Jesse and Leslie, who create a magical land for themselves called “Terabithia.” After a tragedy strikes and Leslie dies, Jessie learns to move on. Although it’s targeted at young readers, the novel’s themes of love, death, friendship, and family are relevant to anyone who’s ever suffered through the tragic loss of a loved one. Can reading fiction make you a better person? 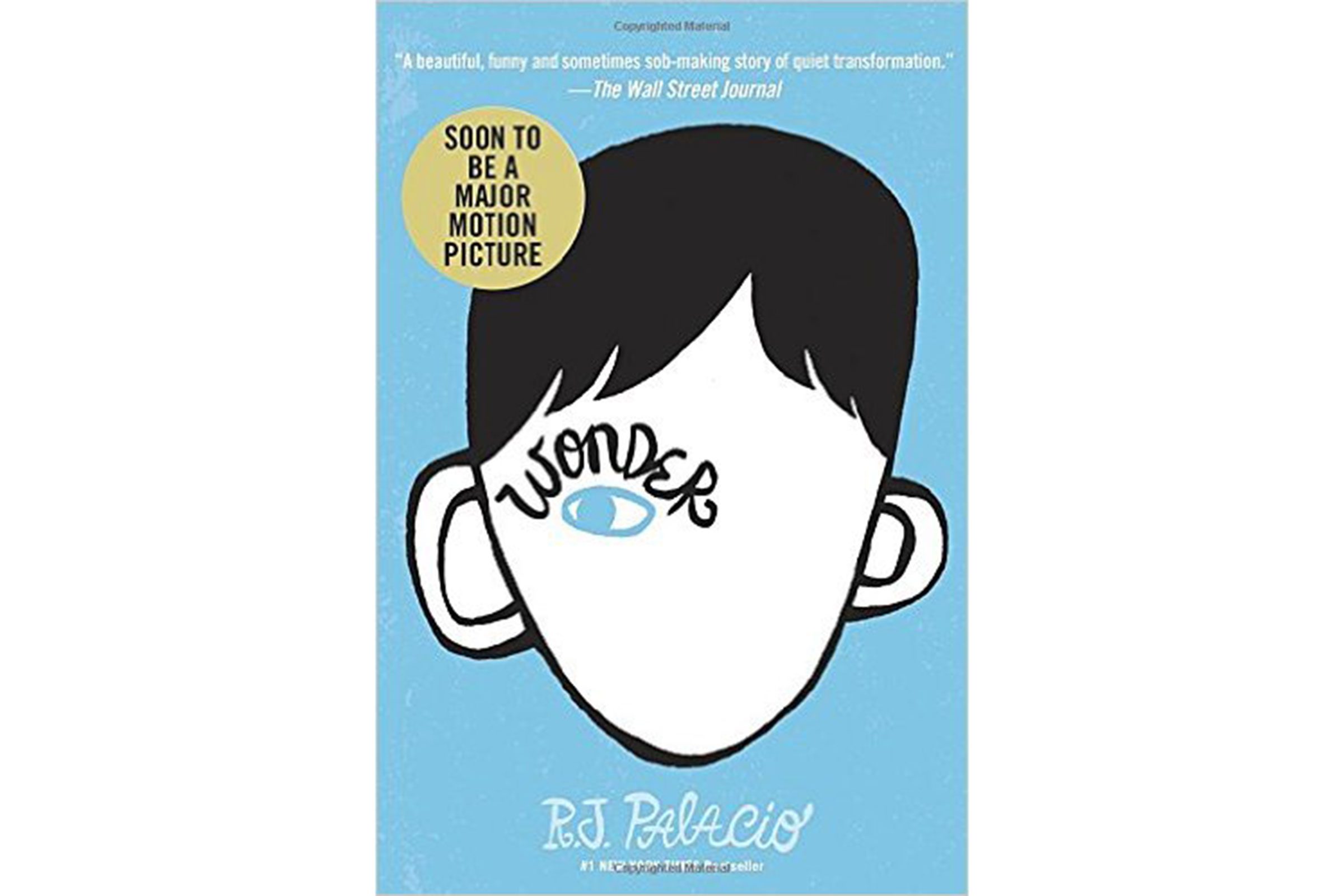 Published in 2012, this first novel by R.J. Palacio tells the story of August Pullman, a 12-year-old boy who was born with facial birth defects so severe that strangers elicit gasps of shocked surprise at his appearance. As he heads to school for the first time in his life, the bullying and derogatory commentary amplify; he’s called everything from “mutant” to “rat boy” to “monster” by his peers. As Auggie matures and attempts to overcome shame and accept who he is, this novel will reinforce how important it is to be kind to those who are different from us, even when the situation is uncomfortable or awkward. 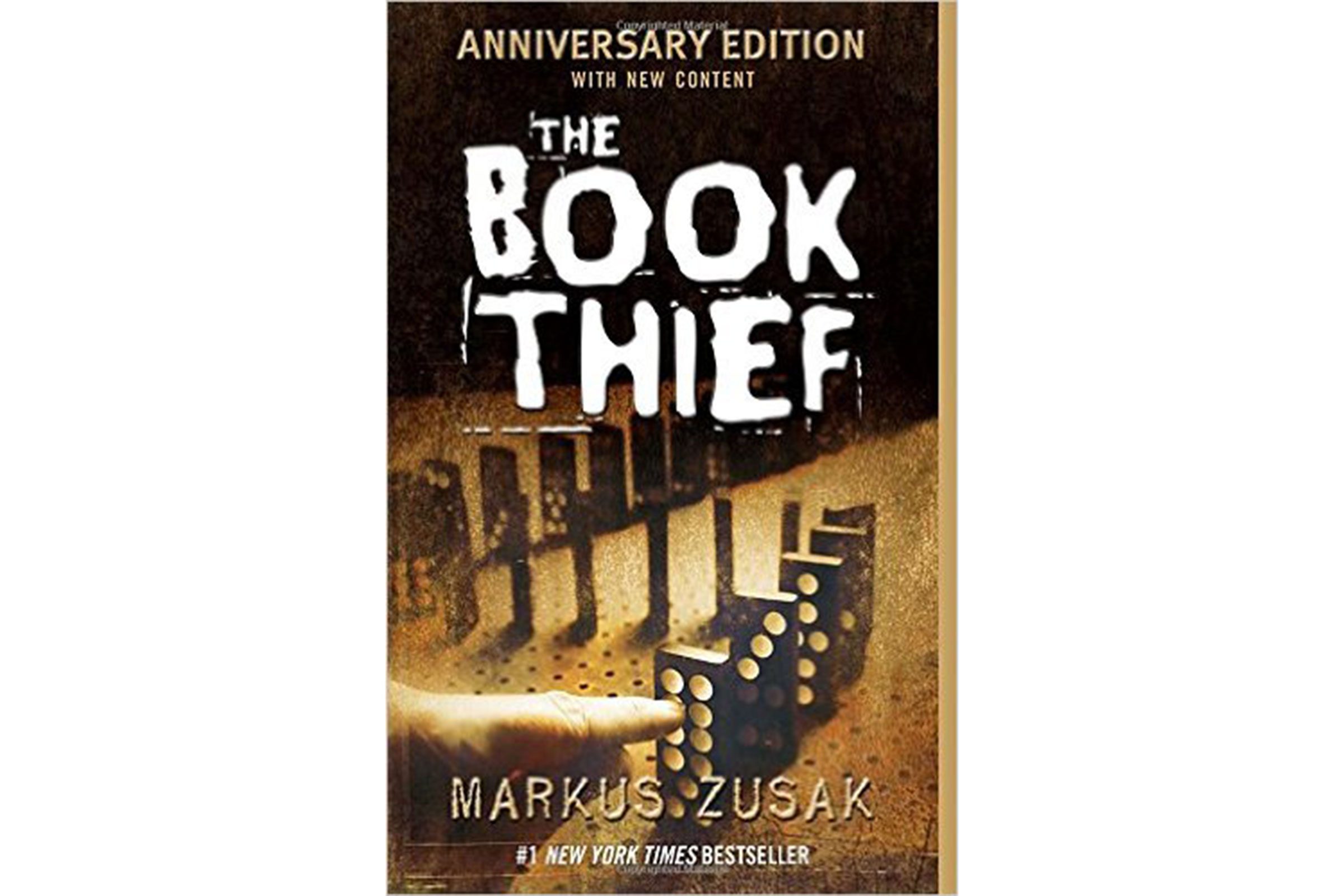 Despite that the title might lead you to believe, this 2005 award-winning novel by Markus Zusak isn’t a detective novel. Rather, it’s the story of a young girl named Liesel who is living in Nazi-occupied Germany during the Holocaust. In order to read, she had to steal books, even as they are being marked for burning by Nazi bonfires. The novel features a unique point of view; it is narrated by Death itself, who shares Liesel’s story of struggle and survival with the reader. Readers of all ages will appreciate its themes of love, hope, and the power that words have to hurt—or to heal. Also check out the incredible story of how one couple saved 50 children from the Nazis. 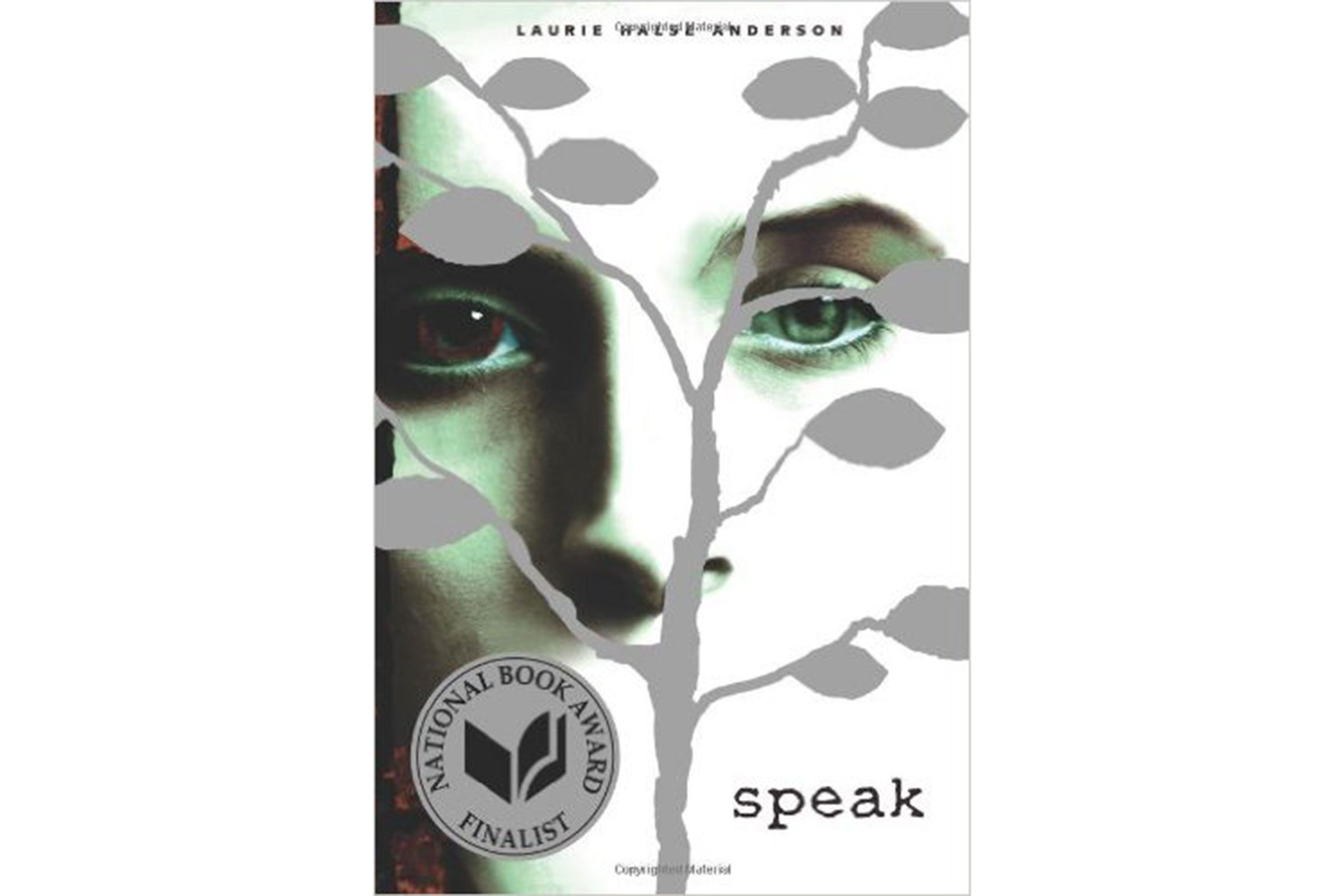 This 1999 novel by Laurie Halse Anderson tackles the weighty subject of sexual assault through the eyes of her high-school freshman protagonist, Melinda Sordino, who is raped at a party by an older classmate. She calls 911, but is afraid to tell the police what happens, so she runs off and instead tells no one. As a result of the trauma, she falls into a deep depression, and stops talking almost completely. The novel received awards and critical acclaim for its realistic account of the aftermath of rape. Targeted for readers age 14 and up, Speak has been lauded for opening a dialogue about sexual harassment and assault amongst both teens and adults. 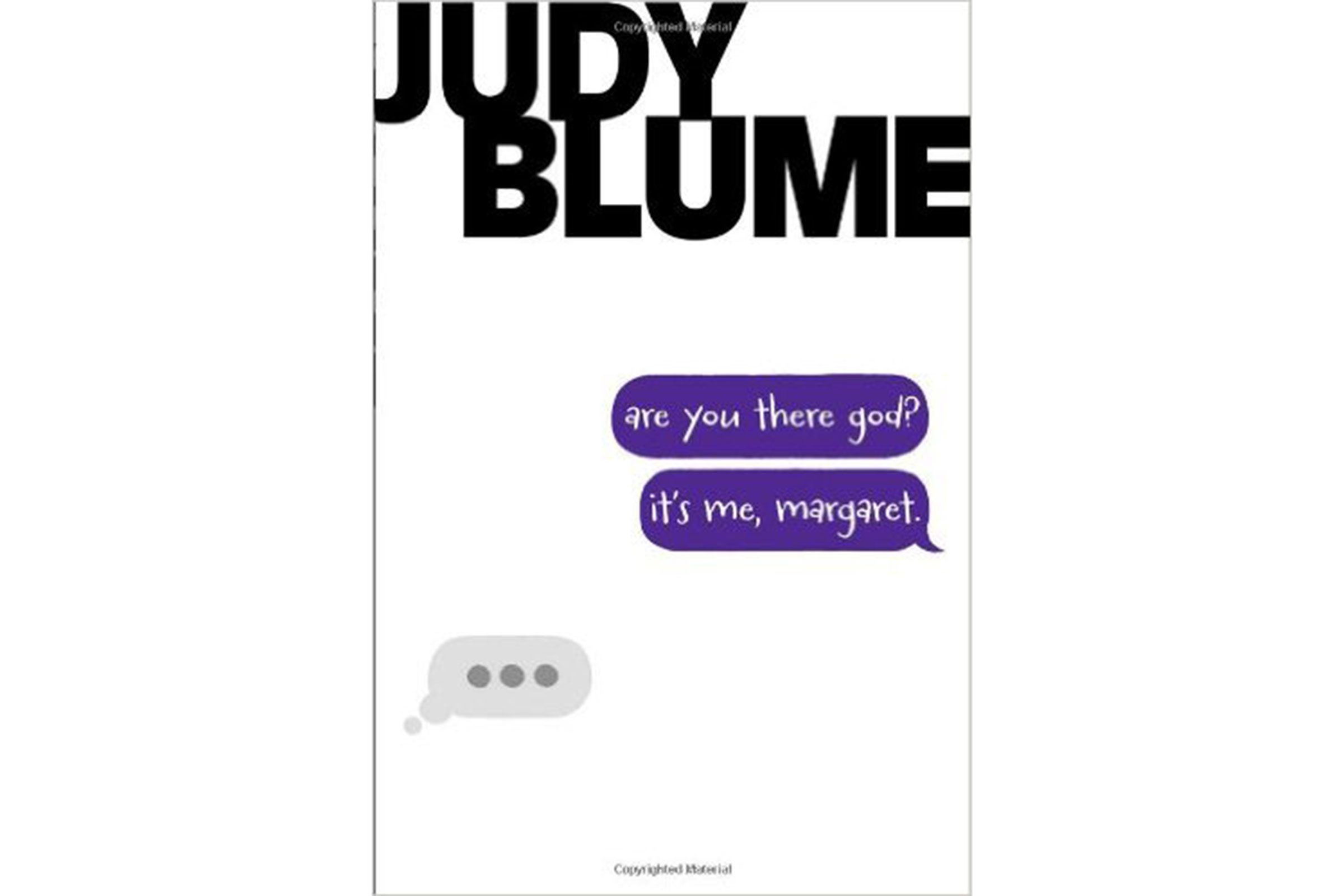 Are You There God? It’s Me, Margaret

Unless you have a tween daughter living with you, it’s probably been a while since you’ve felt anxious about buying your first bra. Don’t worry: Judy Blume’s 1970 masterpiece, Are You There God? It’s Me, Margaret, will help to rekindle those feelings of anxiety, confusion, excitement, and fear that accompany growing up. Follow along as 11-year-old Margaret waits anxiously for Mother Nature to initiate her foray into womanhood, while, at the same time, she navigates tumultuous relationships with her small family and searches for religious meaning. These children’s books will get you through life’s toughest moments.