Walter Lewis as told to Sara Wagner
From Wane-TV

I went downstairs to turn off a light I didn't think I left on, that's when I saw the fire. 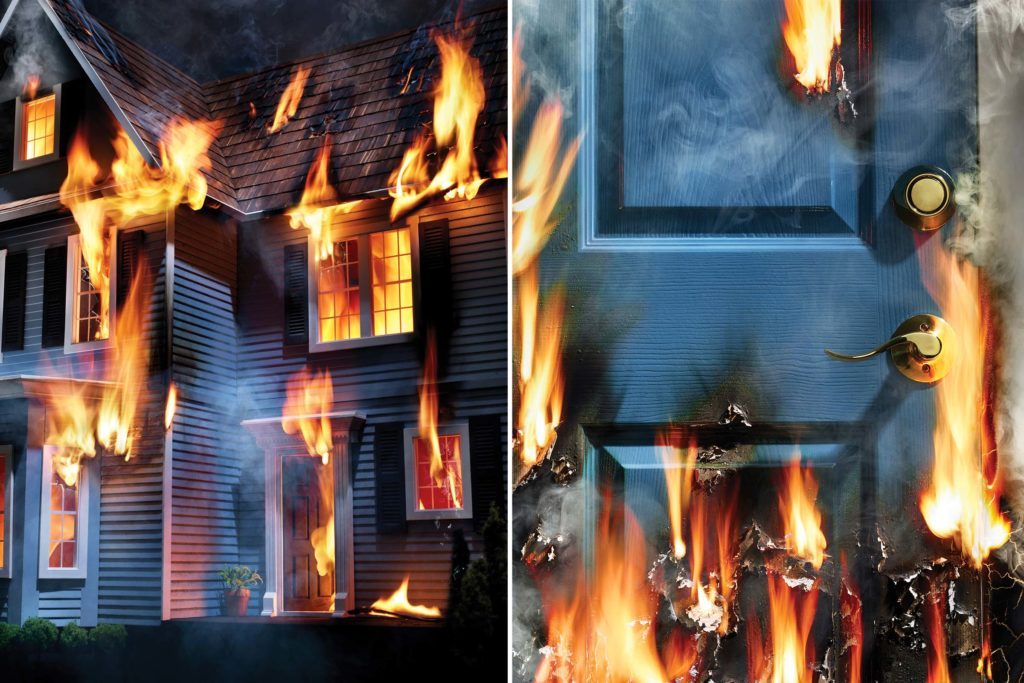 The medicine that Walter Lewis takes for his rheumatoid arthritis causes him to wake up in the middle of the night with a dry mouth. January 15, 2016, was no different. Lewis, of Fort Wayne, Indiana, awoke at 2:30 a.m. needing water. He was walking back upstairs from the kitchen when he heard his American bulldog, Rock.

Whatever Rock was doing down there, it made enough noise for me to go to him. By the time I made it to the bottom of the stairs, he was running up, and he never came up the stairs, no matter what. I think that was his way of telling me, “We’ve got to go back up.”

When I got to the top of the stairs, I turned around and saw a light on, but I didn’t remember leaving one on. I walked downstairs again, and that’s when I saw fire. I immediately shouted to my wife to wake up and get our three kids. I grabbed a knife and cut out the plastic that covered the window to the porch roof. I then pried open the window and kicked out the screen. I got everybody out on the roof and threw a blanket out there so we wouldn’t slip off. It was cold, January cold. Then I started screaming for help. But help never came.

Now, I’m scared of heights and have physical issues, what with my rheumatoid arthritis, but I couldn’t let my family burn up. So I jumped off the roof. I didn’t scoot to the edge; I just jumped and got the wind knocked out of me when I landed.

I found our ladder, placed it against the house, and climbed back up to the roof. I wrapped my arms around my daughter and carried my nine-month-old with my teeth, by his little sleeper. Then I climbed down the ladder. Once on the ground, I had my little girl hold her brother, and I went back up to the roof to get my other daughter. Then I went back up again and got my wife. I tried to get my dog, but he just disappeared in the black smoke. I never saw him alive again.

I’m no hero. I’m just an ordinary person who’d help anybody. This happened to be the time when I helped my own family. I live to protect my family. Just like Rock—he lived to protect us.

Editor’s note: The fire caused enough damage that the house was condemned by authorities.

How to Fireproof Yourself if You Are Ever in a Situation Like This:

30 Hilarious Made Up Words You’ll Want to Start Using

Knowing Your Purpose in Life Can Help You Live Longer