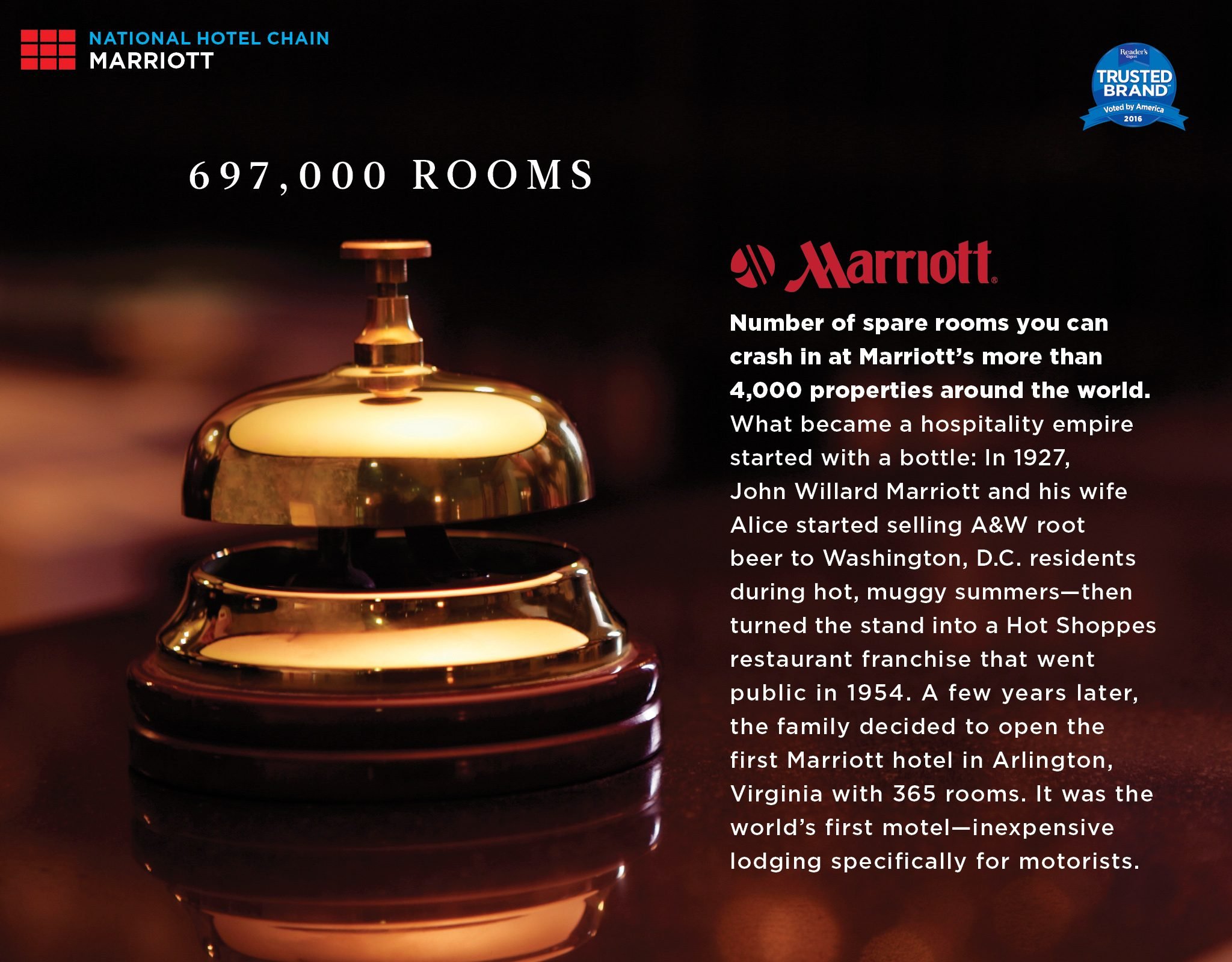 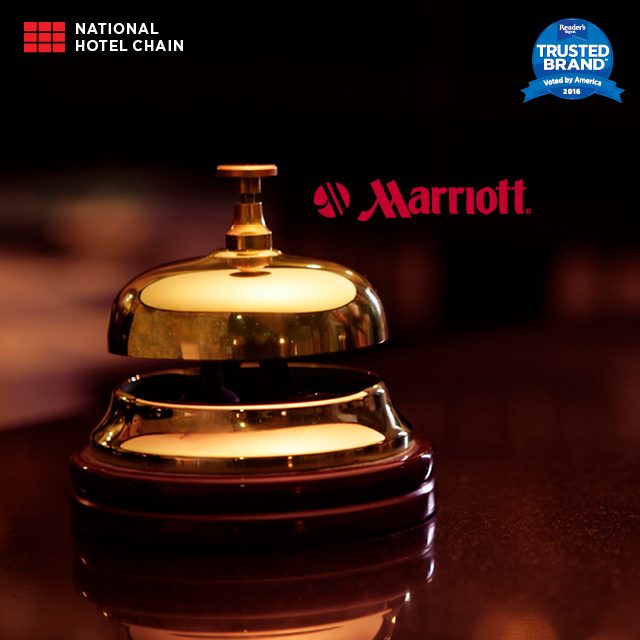 697,000 rooms: Number of spare rooms you can crash in at Marriott’s more than 4,000 properties around the world. What became a hospitality empire started with a bottle: In 1927, John Willard Marriott and his wife Alice started selling A&W root beer to Washington, D.C. residents during hot, muggy summers—then turned the stand into a Hot Shoppes restaurant franchise that went public in 1954. A few years later, the family decided to open the first Marriott hotel in Arlington, Virginia with 365 rooms. It was the world’s first motel—inexpensive lodging specifically for motorists.