DeRidder has been a military town for nearly a century, as the Louisiana Maneuvers established the nearby Fort Polk military base in the 1940s. If you’ve served our nation or are related to someone who has, you understand what this means and how your community is part of your support. The people of DeRidder are well-accustomed to welcoming new people to the town, saying goodbye — and most importantly, remaining friends. DeRidder people are known for their hospitality, patriotism, and lending a hand in times of need. Residents have sheltered people during hurricanes, helped veterans in need, and frequently pull together to help their own. DeRidder’s history reads like a guide for kindness.

This small town in west Louisiana has a soup kitchen, a food pantry, and a host of active service organizations, which are rarities in some parts of the country. The most recent example included the community helping a 97-year-old World War II veteran, as area veterans and their families joined forces to assist in improving his general quality of life. Here are just a few examples of kindness, both old and new:

What do you think of DeRidder, LA? 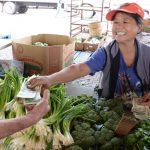 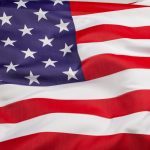