"The little city that could"

Named a Finalist Because: Katy exemplifies the amazing way the people of Southeast Texas responded to Hurricane Harvey, by doing everything they could to help one another, leaving nobody behind.

From the Editors: In August 2017, Southeast Texas was underwater. Hurricane Harvey dumped five feet of rain in some areas, and nearly six feet of storm surge made sure that the water had nowhere to go but into the houses, businesses, and lives of millions of area residents. More than 100 people died and $125 billion in damage was recorded before the waters receded weeks later.

In Katy, Texas, the tranquil, tree-lined “City of Churches” that 18,000 people call home, the response was exemplary of things happening up and down the coast. As floodwaters rose, people opened their doors, refrigerators, and wallets to first responders, neighbors, strangers, and even pets.

“Beaver” Aplin, owner of the popular Buc-ee’s chain of convenience stores, had been preparing for the grand opening of his newest location, in Katy, when the storm hit. Instead, he opened the shop’s doors to first responders, telling them to take what they needed, including food, medical supplies, and water, all at his expense.

A nearby Bass Pro Shops location donated boats so people could be rescued from rising floodwaters. After the store gave away all 80 boats it had in stock, the company sent dozens more. Father and son Paul and Steve Redmon used one to rescue a pregnant woman who was struggling through waist-deep water to find dry ground.

“We never even got a bill,” says city administrator Byron Hebert.

A member of the town’s Muslim community used WhatsApp to raise an army of more than 100 volunteers to pass out food and water in their neighborhoods.

Animal-control officer David Brown tied a lifeline from his truck to the city’s animal shelter, which was surrounded by water, to help ferry people back and forth through high water so they could rescue the few animals that remained in the shelter after an earlier evacuation.

Like a lot of people in Katy and all over Texas who exhibited extreme acts of heroism in one of the most challenging natural disasters our country has ever faced, he denies he did anything special. “We do what we need to do—we do this all day long,” Brown told Reader’s Digest.

The mayor says that’s just the spirit of their town. “I think we just did what Katy has always done,” says Chuck Brawner. “We all just got together and helped each other out. There are so many great stories coming out of what was a terrible situation, but I’m not surprised. Katy has always been populated by people who care about one another.”

The tranquil little city of Katy is just a few miles from Houston’s city limits, but might as well be 100 miles away. With its tree-lined streets, Katy’s slow pace is to Houston’s hustle and bustle as a trickling stream is to raging floodwaters.

But raging floodwaters are exactly what Katy got.

Hurricane Harvey first made landfall in August 2017, bringing torrential downpours and accompanying floodwaters. Barely an hour’s drive from the Gulf Coast, Katy was in the direct path of soon-to-be historic flooding. Rain poured, sending torrents of floodwater down Buffalo Bayou until it finally jumped the banks into the western edge of the city. It would eventually come to be known as a 1,000 year flood, meaning one of its magnitude could only be expected once every 1,000 years.

18,000 souls call Katy home, from descendants of the city’s early settlers to the newer “Johnny-Come-Latelies” who moved here for an easier quality of life than could be found in Houston’s business districts. All of them banded together to fight the floodwaters and survive the wreckage in the months to come. Residents whose homes were spared from the flooding took in neighbors and pets who couldn’t say the same, housing them until those folks received assistance from their insurance companies or FEMA, which often took several weeks or longer. Grocery stores moved essentials like bottled water to the front or outside for convenience. One store even invited residents to help themselves to clean water at no cost, instructing staff and volunteers to aid the elderly and infirm in loading supplies into their vehicles.

As the city flooded, people like father-son duo Doug and Lane Johnson abandoned the safety of their own homes to rescue neighbors. Using Doug’s pickup truck, the pair drove through the swirling floodwaters over and over again, pulling people from their submerged homes. At one point, Doug inadvertently locked his keys inside the truck, opting to break the truck’s window to avoid losing time rather than finding a locksmith willing to come to his location.

At the city’s animal shelter, Chief Human Officer David Brown tied a lifeline from the shelter’s main building to a rescue vehicle as staff and volunteers plunged into neck-deep water to save the animals inside. During the relative calm as the floodwaters receded, Brown and volunteers patrolled the city, capturing and caring for displaced pets until they could track down their owners. “Our shelter had been destroyed,” Brown said, “but our first priority was to get these displaced pets back home.”

“We had people offering us pet food, blankets, water…just about everything you can think of that animals need, but with the shelter gone we had no place to put it,” Brown explained. “We were able to do our jobs, thanks to first responders, city officials, and the dozens of residents who, despite their own flood horror stories, saw when and where we needed help and just pitched in.” Neighboring animal shelters in Harris, Fort Bend, and Waller Counties took in Katy’s stray animals if they were unable to reunite them with their owners. Meanwhile, Katy Police Chief Bill Hastings gave Animal Control a room with phone and computer lines to use as a base. “We lost so much,” Brown said, “like documents, medical equipment. We were lucky to save our computer. Without Katy’s citizens and the city’s administration, we couldn’t have done it.”

As the floodwaters peaked, the city’s police and fire departments were dependent upon officers and firefighters leaving their own flooded homes and traversing waist-high, snake-infested floodwaters to reach the station. Fire Chief Russell Wilson reported one firefighter learned of his own wife and son’s rescue by other volunteers while he was helping residents in another part of the city. “I think it was about 48 hours before they were all reunited,” Wilson said.

In west Katy, rescuers found a woman and her small son on the roof of their car floating downstream as the roadway turned into a waterway.

“Beaver” Aplin, owner of Buc-ee’s stores, told City Administrator Byron Hebert to open up the Katy Buc-ee’s and take whatever was needed, even though the fully stocked store had yet to celebrate its grand opening. First responders were able to load up on gasoline, water, medical supplies, and other necessities all at Alpin’s expense. “We never even got a bill,” Herbert said.

In another part of town, a submerged car near an intersection of I-10 Katy Freeway was dangerously close to being swept away with the driver inside, but a rescue team arrived just in the nick of time. The man’s rescue made it onto the evening’s news broadcast.

Donations of food, clothing, and necessities arrived at Katy Christian Ministries before floodwaters even began receding, filling KCM’s pantry and warehouse, according to a KCM official.  “Our building [in downtown Katy] flooded too,” said KCM’s Director of Marketing, Kathrine Patterson, “But just as our clients and others in need began arriving, volunteers also began pouring in.”

“That became our temporary location. In the church’s parking lot we established stations for collecting and dispensing donations. We had pallets of things like bottled water set up in the parking lot and manned by volunteers,” Patterson continued, “I’ve lost track of how many states sent donations of money, food, water, and other necessities. We’d get a call, something like, ‘We’ve got a flatbed filled with bottled water headed your way. Where do you want it?'” Every church in Katy that didn’t flood was busy collecting donations, organizing volunteers, and finding temporary housing for flood victims. “People want to do good, but often they just don’t know how,” Patterson explained. “At Katy Christian Ministries, we try to help send volunteers and donations where they’re needed. That’s what we do, and I love that we can do that.”

On the first dry day following the flood, students and volunteers from Katy Independent School District’s Future Farmers of America (FFA) joined volunteers from local churches and other organizations to spread out amongst the city’s residential areas, tearing out water-soaked drywall, carpeting, and padding so flood-damaged homes could begin the long process of drying out.

“I think we just did what Katy has always done,” said Mayor Chuck Brawner. “We all just got together and helped each other out. There are so many great stories coming out of what was a terrible situation, but I’m not surprised. Katy has always been populated by people who care about one another.”

What do you think of FINALIST: Katy, TX? 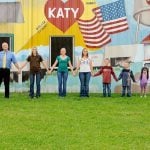 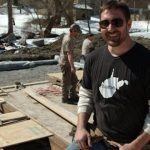