The Nicest Place in Maine: The Cedars in Portland

The pandemic doesn’t care if you have Alzheimer’s or dementia. But these students do.

At the Cedars, a senior community and memory center in Maine’s largest city, Portland, local artist Pamela Moulton runs a program called Opening Minds Through Art. The residents there who have Alzheimer’s are linked up with students from the University of New England and University of Southern Maine to do something beautiful. They make fine art.

The student volunteers take the lead. The elders decide color, texture, and composition. “They’re in the moment, not questioning what they’re doing, making these relationships with students and you just forget these people have dementia,” says Moulton. “I’ve learned they react really well to play at this stage in their lives.”

When the pieces are finished, they are ready for a downtown gallery show during one of the city’s monthly art walks. The artists, student volunteers, families, the Cedars’ staff, and Portland art connoisseurs fill the gallery, usually on a warm spring night.

Then COVID-19 hit, and the students’ visits to the Cedars had to stop. But the students did not let that break the connection. Instead of meeting in person to create something together, each student created a one-of-a-kind booklet, or zine, to celebrate moments they’ve shared making art together.

One elder, Anita, is reclusive except when her student comes to visit. Then she often adorns herself with the materials of their art pieces—garlands and rhinestones and spools of thread. Her zine was titled “Bonita Anita” and filled with photos of her in her wackiest accessory ensembles. According to the Cedars staff, the zine moved Anita to tears.

“One of the strengths of people with Alzheimer’s is emotional intelligence,” says Nicholas Viti, life enrichment manager at the Cedars and co-facilitator of the program. “It’s our role as supporters to these people and draw out these strengths they have.”

One student volunteer made her elder a work representing a hammock hanging between two trees. It was just like the hammock strung up on a hillside at the elder’s old house, a favorite place to rest during summers long passed. Now, she sleeps with the artwork at her bedside.

Pamela Moulton is an angel. She is a Maine artist, a sculptor, a painter, and a social worker. For the past 40 years she has been working with children and elders, bringing her whimsical joie de vivre and bonne humeur to the people surrounding her. For the past years, she has been running a program called Opening minds through arts, working with Alzheimer’s and dementia patients, making art with them and combining each elder artist with a university student. Here is a quick video of her work.

During Coronavirus, at a time where more than ever residents of nursing homes and particularly Dementia patients are in need of attention and love, she decided during elder’s months to continue her work with people living with dementia in this nursing home and doubled her efforts to create artwork for them to embellish their environments.

Everyone is affected, whether healthy or unhealthy, whether we have someone in our family with Alzheimer’s or not. For caregivers, there’s a lot of extra burden. People with a medical condition are especially at risk right now. Let me emphasize this by giving you a perspective from the field. At the moment, our elders are all confined inside, what is happening now in nursing homes — soon to enforce solitary room confinement, is a drama beyond your wildest imagination. Lots of patients are developing a syndrome called the “sliding syndrome”, a French geriatric concept, defined as a serious state of physical and psychological destabilization, including anorexia, malnutrition, withdrawal and opposition. The numbers of death are growing exponentially as the isolation is taking a toll on that population.

Now more than ever before, there is a need for solidarity towards our elders and particularly people living with dementia. Our community is kinder and even shows more empathy than ever before.

What do you think of The Nicest Place in Maine: The Cedars in Portland? 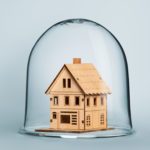 13 of the Strangest Places People Quarantined During the Pandemic 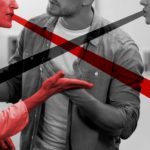 My Parents Are Racist—Here’s How I Deal With It