The Nicest Place in Maryland: Gaithersburg

Young children lead the way in being the “helpers” during the pandemic.

Denise Cherry took a long road to Gaithersburg. Raised in the Jim Crow South, she was among the first to integrate her local schools. On her first bus ride, she was followed by Klansmen in full regalia with rifles on their laps.

The racist taunts at school made her more sad than angry, Cherry said, and she endured and thrived, working over 15 years in Maryland public schools and another 15 as an educator elsewhere. Done with the “rat race,” she set out to find a friendly and affordable place to retire. Cherry settled on Hillside Senior Apartment Homes in Gaithersburg, a hardworking city of about 60,000, twenty miles north of D.C.

Cherry liked the vibe in Gaithersburg, an “old time” town that long ago shed its Confederate past and is now home to about as diverse a population as you can find. Blue-collar workers mix with white-collar workers, whites mix with Blacks, Asians and Latinos; long-time residents mix with newcomers and young families.

But then COVID hit, and everything shut down. Cherry lost three relatives to the virus. And her own situation got bad fast: her meds made her sick; she couldn’t leave the house; her trash was filling up. Desperate, Cherry finally responded to a Nextdoor post from a complete stranger offering to help anybody who needed it.

That stranger was Christy Cheung. She had told her son, Ethan, four, “‘There’s a grandma that needs help.’ And he was excited: ‘I’m going to help. I’m going to be a helper!’”

“Sure enough, this woman comes bouncing up the steps, with her little boy, and she’s teaching him how to be a good citizen,” Cherry recalls. She lives on Social Security and doesn’t have money to spare, but she wanted to keep the circle of helping going. “Almost each time she came, I would send five dollars to a local charity here in Montgomery County, making sure that it was noted in Christy Chung’s honor,” Cherry told Reader’s Digest. “I told her that when her little boy grows up and reads about this pandemic, I wanted him to know that his mom was one of the helpers.”

Gaithersburg has a tradition of turning out responsible young citizens.

Cavanaugh Bell has been volunteering for two years—and he’s only seven years old. He started a nonprofit and called it the Cool & Dope Corp. He gave himself the title of Chief Positivity Officer and the lofty goal of eradicating all bullying worldwide by 2030. When COVID-19 hit town, he and his mom bought groceries for his 74-year-old grandmother, who lives in a senior community in town. When they went to drop off the supplies, Bell thought about his grandmother’s neighbors and friends.

“I started asking my mom if we could buy stuff for my grandmother’s friends,” he says. “And before we knew it, we had two full carts of stuff! And then my mom asked me how we were going to pay for it all.” The Chief Positivity Officer had a ready answer: he would donate his life savings, $640, to the good cause.

He recruited some “positivity creators” to help him and together, with some donated supplies, they made more care packages for more seniors. Then he learned about a nonprofit called the Pollination Project (a Nicest Places partner) and applied for and won a $1,000 grant to support his effort, which he calls “LOVE Is Greater Than COVID-19.”

The kids in town even have a representative in local government: Junior Mayor Hayden Sandlin, age ten. He entered an essay contest to earn the post, and his essay was chosen over dozens of other fourth graders. Sandlin has promised to help the mayor, Jud Ashman, however he can, but his main focus is the environment—protecting the planet for his generation and future generations.

I am 65 years old, and I am disabled as I use crutches and a mobility scooter to get around. I also take medication for severe anxiety I have had for a long time and for nerve numbness in my hands and now arms too. I live in Gaithersburg, MD at a senior apartment complex. To take out my trash, I have to use the elevator. Once the COVID19 affected the country, I was paralyzed in fear to leave my home. My medications come by mail, and I was even afraid to go to the community room to the mailbox. One day, I saw on the Nextdoor Neighbor App that a person that lives in a nearby community wished to help others and volunteered herself. I sent her a private message and asked if there was any way I could have her to pick up my trash from the front of my door and put it in the outside bins. She seemed delighted to help. She told me her name was Christy Cheung. Sure enough, she came and took my trash out and even collected my mail and would leave it on my door. I could see out from my RING camera this kind woman and her wonderful husband would at times bring their son along to teach him how to help others. One day, she sent me a picture of her beautiful family as we had never met one another. She texted me that her parents were supposed to come the week before the shut down. How sad I thought. I looked at the picture of her beautiful family and felt such great love for them all. Looking at that young beautiful family on that picture, my fear suddenly shuffled from fears of myself catching COVID to her being vulnerable. Who would raise her child if something happened to her? How would her husband go on? What if her child caught it? All of these questions ran through my head as I looked lovingly at this picture. I wanted to protect her. I wrote and told her not to pick up my trash anymore nor mail because I don’t want her exposed to COVID while volunteering for me. She texted me a polite protest to my request but understood. She still told me that she would help me anytime I needed anything. I gathered myself some courage and have been able to take my trash out. I am so grateful to know that there are people like Christy and her family our in our world. She would never allow me to pay her anything. So I told her I would give to a charity in her name instead which she did not expect. I was relieved to see that I could give $5 because I am living on my hard-earned social security and did not have much to spare. So, almost each time she came, I would send $5 to a local charity here in Montgomery County, Maryland making sure that it was noted in Christy Chung’s honor. I will attach one example. I would take a picture of my receipt and text her the contribution I made in her honor so she could have a copy. I told her that when her little boy grows up and reads about this pandemic, I wanted him to know that his mom was one of the “Helpers”. Christy Chung, thank you.

I moved from a big city to this community. It certainly is much more quiet. I lived among millennials and now I live with my chronological peers. We are considerate of one another. I just found out today that the City of Gaithersburg is providing hot meals for us here and we also get items once a month from the food pantry. This is a kind thing to do. — Denise Cherry

Cavanaugh Bell has spent the last two years giving back to his community of Gaithersburg, Maryland, a significant amount of time for anyone, but even more so when you consider his age–which is 7.

You read that right. Bell first began leading a host of care pack initiatives to help the homeless in his community when he was just 5 years old.

Soon after, in response to being bullied and constantly told he was too young to volunteer, he founded the non-profit Cool & Dope Corp (for which he serves as Chief Positivity Creator), which is dedicated to raising awareness and spreading positivity around the world with the mission of eradicating all bullying worldwide by 2030.

But don’t let Bell’s tender age and rock star ambition fool you–Bell will be the first to tell you that youth does not equal naivete. If anything, his age–and his first-hand experience with bullying—has made him more cognizant of others’ suffering.

So, when COVID-19 hit Gaithersburg, it’s no surprise Bell immediately thought of another’s safety–in this case, his 74-year-old grandmother’s, who has asthma. Frightened for his grandmother’s health and to make sure she had what she needed as schools and stores closed, Bell and his mom immediately went to the grocery store to buy supplies.

But then Bell realized: his grandmother, who lives in a senior living center, wasn’t the only one in danger.

“I started asking my mom if we could buy stuff for my grandmother’s friends. And before we knew it, we had two full carts of stuff! And then my mom asked me how we were going to pay for it all.”

In response to his mom’s question, Bell made a choice–a choice that few adults would ever dream of making. He donated his entire life savings of $640, carefully saved over the lengths of several Christmases and birthdays, to buy supplies for his grandmother’s friends and all of the residents in their senior community.

But he didn’t stop there. Mobilizing a small team of kids whom he affectionately refers to as “Positivity Creators,” he created care packs for the senior citizens so they didn’t have to risk being exposed to the coronavirus by going to the store. In less than 3 hours, he and the Positivity Creators created an initial batch of 48 care packs. Then, by securing donations from distributors in his community, he and his team were able to put together an additional 65 care packs — in days — and delivered some 135 hot meals to seniors.

Through word of mouth, Bell found out about The Pollination Project–a non-profit that awards grants to individuals all over the world who are spreading kindness and compassion, and applied for a grant from TPP’s COVID-19 Rapid Response Fund to expand and support his pantry, which he calls “LOVE Is Greater Than COVID-19.” He was awarded the $1,000 grant in May and already has big plans for how the support can bolster his goals.

“We are trying to serve 1,000 senior citizens in our area, since many grocery stores have not been able to restock and no longer have many of the items that seniors need to stay safe. It is our hope to distribute 200-250 care packs a week and replenish the pantry as needed to be a resource for the community.”

Cavanaugh Bell has been working in his community for the last two years, specifically helping senior citizens. Because he was bullied in school, he made a commitment to ending all bullying by 2030, and he’s working toward that goal through developing his own non-profit, Cool and Dope, Inc. — Lauren K. Terry

What do you think of The Nicest Place in Maryland: Gaithersburg? 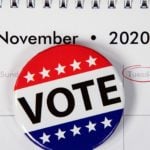 Why Not Voting Is Not an Option in the 2020 Election 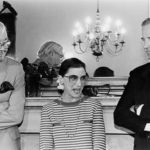