A town with a PR problem finds the perfect solution: Make kindness grow.

Huntington sits alongside the Ohio river at the point where West Virginia, Ohio, and Kentucky all meet. So it makes sense that coming together is kind of a thing here. When the coronavirus pandemic struck, restaurants here, like everywhere, struggled to keep their doors open and employees on the payroll. But a group of concerned citizens—the My Huntington Steering Committee—had an idea.

The group figured that if they could collect a pot of money, they could ask local restaurants to prepare meals for the doctors, nurses, maintenance staff, lab workers, security guards—everybody who worked at the local hospitals.

Kathy Cosco, a member of the committee and the resident who nominated Huntington as the Nicest Place in America, says that the goal was to raise $10,000—$5,000 from the community and $5,000 of matched funds. They reached their goal in just ten days.

“When we put out the post on Facebook to raise the money, we immediately had local businesses say, ‘We’re in,’” says Cosco. “Then we had residents say they wanted to help if we did it again, so we did a second round, and raised over $3,000. All of us knew someone who was struggling in the food service industry.”

A clothing store in town, VC Boutique, sold cloth masks and donated the proceeds to fund the project. Referring to the owner, Holli Myers, Cosco says, “She gave us $500 from masks alone.”

With two shifts per day at two local hospitals, Cabell Huntington Hospital and St. Mary’s Medical Center, that meant hundreds of meals per day to feed all the workers—about 300 total.

“It took our whole team to make it happen,” says Cosco. “With two 12-hour shifts to cover, that means we’re offering two lunches per day, per hospital. We had to contact the hospital to get exact numbers of those we would be feeding, and then we had to contact restaurants to see what they would be willing to do, and what their capacity was. It was a lot of asking, ‘Can you take a shift or entire day?’”

The committee was thrilled that the plan worked, but not surprised. “Huntington is a very friendly community. People speak to you and are helpful,” Cosco says.
The group formed in 2018 after the city got some unwanted publicity about its battle with the opioid epidemic. “Locals wanted everyone to know there’s more to our community than that,” says Cosco. “We take care of our own.”

Like in most Southern cities, Huntington residents are quick with a smile, but there is real caring behind those smiles. When the weather gets chilly, some of the shops downtown place clothing racks outside their stores where people can leave warm coats, hats, and gloves so those who need them can take them. More than 120 local businesses are part of the city’s Open to All campaign, which means owners pledge that all people are welcome in their businesses, regardless of race, religion, or orientation.

Following George Floyd’s death, Huntington residents came together to protest—peacefully. The city might be 85 percent White, but it has an important role in honoring Black Americans. Historian Carter G. Woodson, considered the Father of Black History and the founder of Black History Month, went to high school here, juggling his studies with work in the local coal mines.

“Standing together as a community means that we are standing in common unity and I’m proud that we have this in Huntington,” Mayor Steve Williams told local news channel WOWK. “I’m proud that this is being done in a peaceful manner. We know where people’s hearts are.”

Our story is of a generous community coming together to provide meals for roughly 1,000 healthcare workers and supporting ten locally owned restaurants in the process.

Like most of America, residents of Huntington, West Virginia stayed home to prevent the spread of Covid-19. With the closures of stores and restaurants, many of us knew someone who either owned or worked at a local small business who was struggling.

A group of people in an organization called MyHuntington, which has funds managed by the local Foundation for the Tri-State Community, wanted to support local restaurants and show support to healthcare workers at the city’s two hospitals. So, they created a drive called MyHuntington Cares with the goal of raising $10,000 to provide meals for hospital workers. MyHuntington pledged to match the donations of businesses and residents in an effort to get to its goal.

Businesses that donated included Huntington National Bank, Service Pump & Supply, Bloss & Dillard Insurance and VC Boutique. The owner of VC Boutique, a small clothing store, made cloth face masks and sold them online with all of the proceeds going to the MyHuntington Cares effort. The C3 Church, which is located in South Point, Ohio, just across the river from Huntington also contributed. Individuals from around the community also contributed to the cause.

With donations from the community and MyHuntington’s match, MyHuntington Cares not only reached its goal, it exceeded it by more than $3,000! With the help of the hospitals’ foundation staff, MyHuntington Cares fed tired hospital workers, which included medical staff, housekeeping, maintenance, security and others on both day and night shifts for several days and spread out over a three-week period.

Prior to the Covid-19 pandemic, Huntington, West Virginia, had been experiencing a renaissance. New business and restaurants were opening downtown, and the community was implementing some of the development plans that earned it a $3 million prize and the title of America’s Best Community in 2017 in a national economic development competition. But like other communities in the Appalachian region, our small population makes us less attractive to large corporations, so the investments we see in our community come from within. So we are concerned about our small businesses and how they will fare after the hits the economy has taken in the pandemic.

Huntington has always been known to be friendly. It’s not unheard of for visitors to ask directions and be told not only how to get where they are going, but also other places they might want to see on their way to where they are going. Our residents help strangers change flat tires, give umbrellas to people walking in the rain without them and are always quick with a smile. In the winter, some of Huntington’s downtown shops place clothes racks outside their stores so people can donate warm coats, hats and gloves so those who need them can take them. And more than 120 local business are part of the city’s Open to All campaign to promote diversity and ensure that all people know they are welcome in their businesses, regardless of race, religion or orientation. It’s a community where a local couple saw a need and began a project at their church to enlist the help of students from the county’s career and technical center to build beds for foster children who could stay with relatives if they only had their own beds. Kindness is just a way of life!

What do you think of The Nicest Place in West Virginia: Huntington? 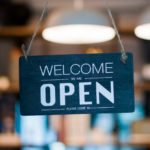