15 Real-Life Hidden Treasures That Haven’t Been Found Yet

Hidden treasure is not just for pirates. Perhaps these tales of treasures that remain untracked will inspire you to go on your own treasure hunt. 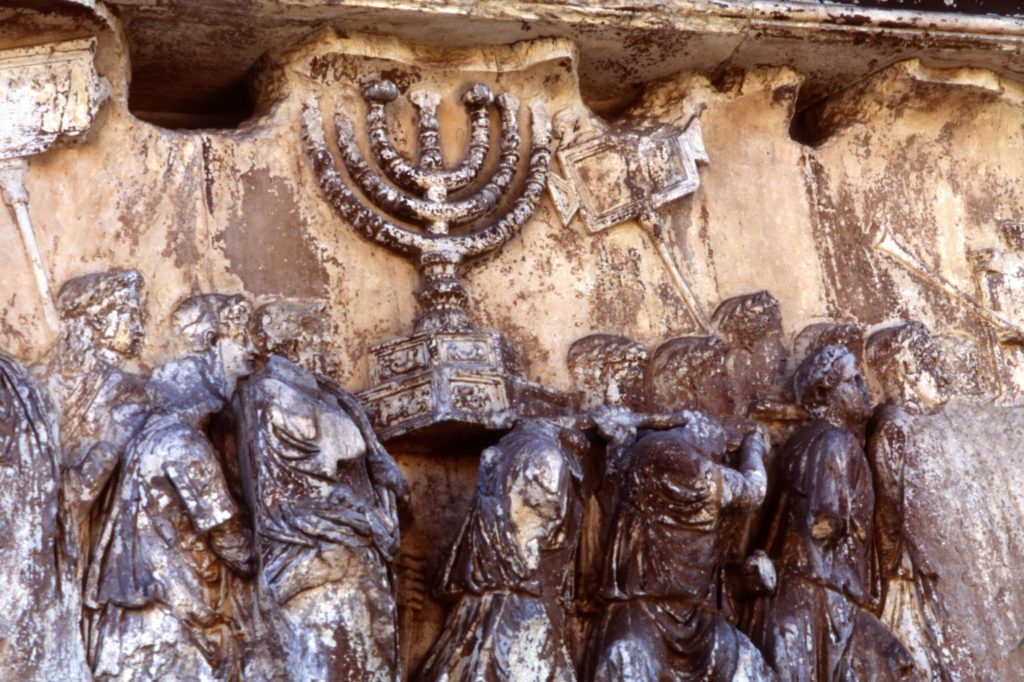 Hidden treasures often carry much historical significance. Almost 1,950 years ago, in the year 70 AD, the Romans sacked the Temple of Jerusalem and absconded with the temple's prized Menorah. "We know they brought it to Rome," Colgate University classics professor Professor Robert Garland tells Reader's Digest, because it's "depicted on the frieze on the Arch of Titus in the Forum." Some claim the menorah was housed at Rome's Temple of Peace, which burned down in the year 191 after which the fate of the Menorah is uncertain. 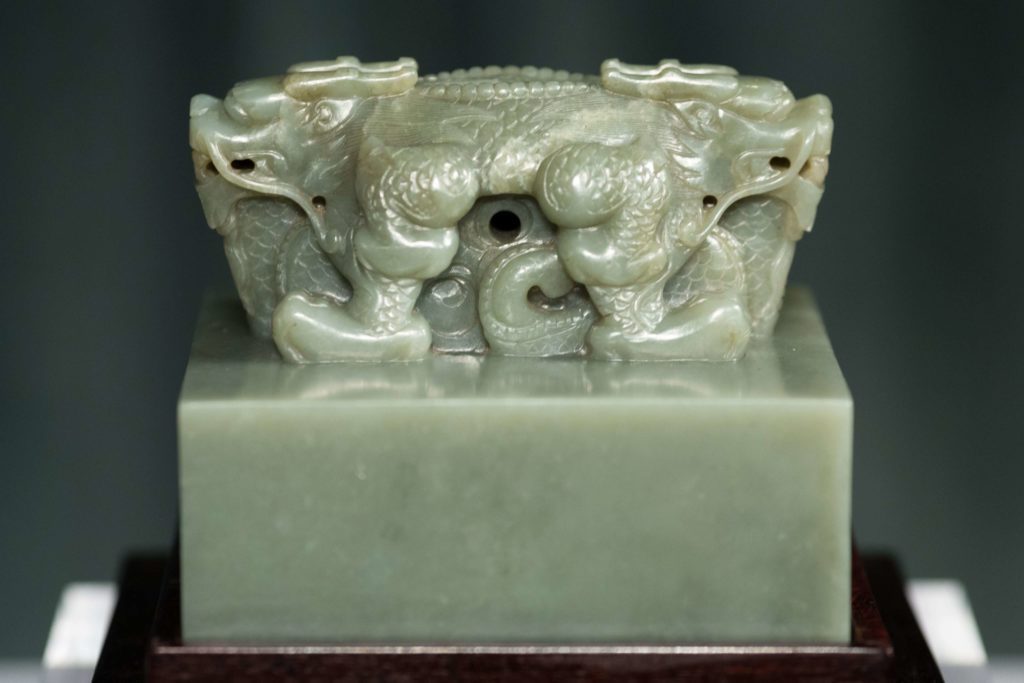 The Imperial Seal of China

The Imperial Seal, also known as the Heirloom Seal of the Realm, is a jade seal that was carved in 221 BC for the then-newly elevated Emperor of China. It passed from dynasty to dynasty until the 10th century AD; after that, there is no record of its existence. Several theories exist as to its fate, and most recently, several seals have been claimed to be the authentic one. None of those claims have been confirmed so far. You might be able to find more hidden treasures in these forbidden places no one is allowed to visit. 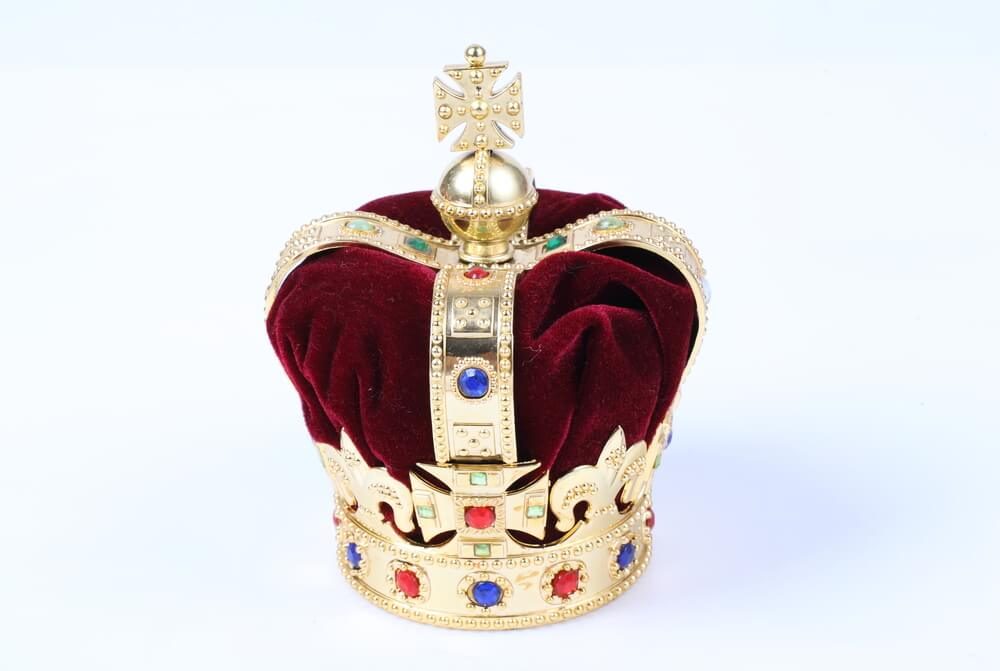 The Crown Jewels of England

Back in the year 1216, King John of England was so despised that he's known as King John the Bad. After signing the disastrous Magna Carta, he was fleeing from enemies carrying with him some of the Crown Jewels of England. King John fell ill with dysentery, and in the rush by his entourage to seek medical help, they lost track of the baggage containing the jewels. It's possible they sank in the muddy waters of the Wash (although there is debate about whether the king actually had the jewels with him). 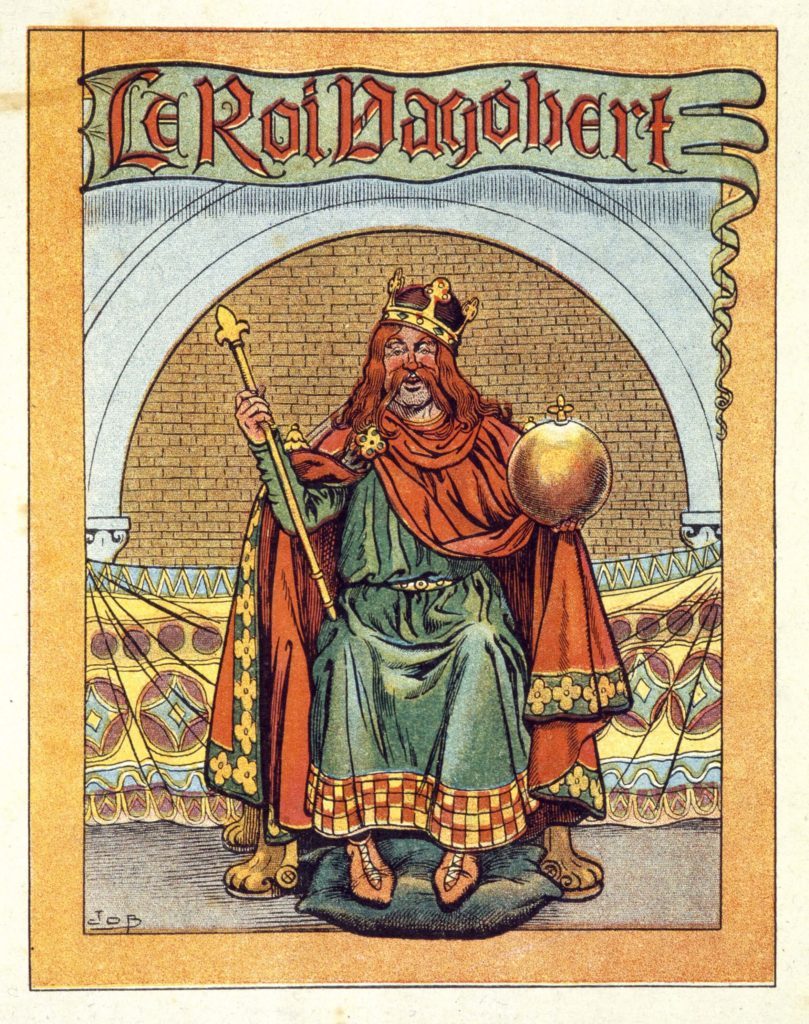 The Scepter of Dagobert

The Sceptre of Dagobert was part of France's crown jewels. Dating from the 7th century (it was created for King Dagobert for his coronation) and made of solid gold, it was stored in the Basilica of St Denis until 1795, when it disappeared, never to be seen again. It's believed to have been stolen, and its whereabouts remain a mystery to this day. If you like learning about hidden treasures, you'll also want to check out these strange urban legends actually turned out to be true. 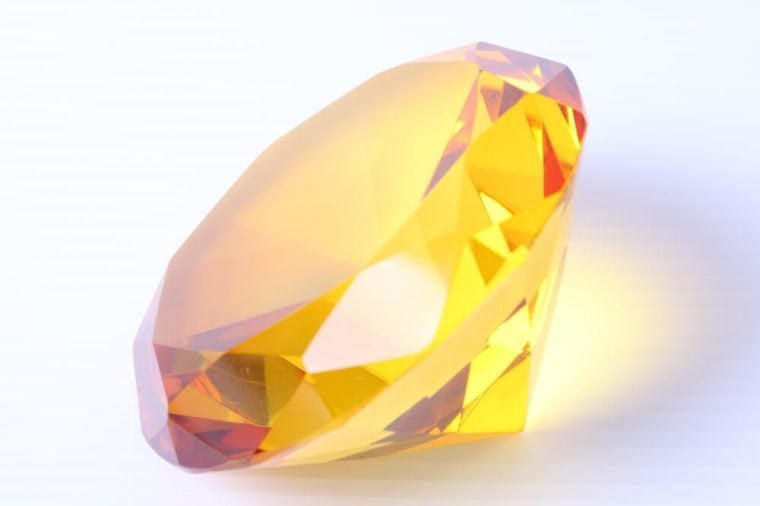 The great yellow diamond of the Medici family originally came from India and was said to be 137.27 carats. In the late 17th century, when the last of the Medicis died, the Florentine Diamond passed to the Imperial Family of Austria; at the time, it was valued at $750,000. After the fall of the Austrian Empire, during World War I, the family took it with them into exile in Switzerland. Its whereabouts after that are unknown. Some think it was stolen by someone close to the family. Some theorize that the diamond was broken down into smaller stones and will therefore never be seen again. 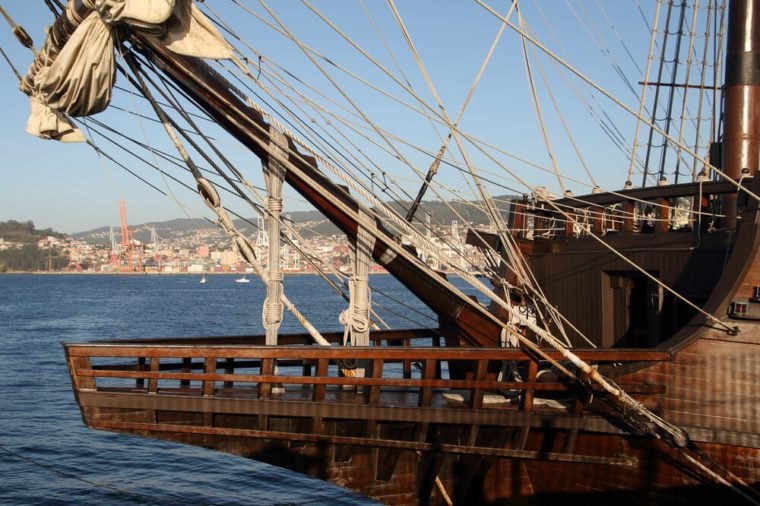 The Treasure of San Miguel

The San Miguel was a Spanish ship carrying large amounts of precious metals and stones that the Spanish king hoped to sell to fund his ongoing War of Succession. In 1715, it sunk in a storm off of Cuba and has never been found. Some speculate it is one of the richest treasure ships ever to have been lost. Be sure to check out 50 of the spookiest urban legends from each state. 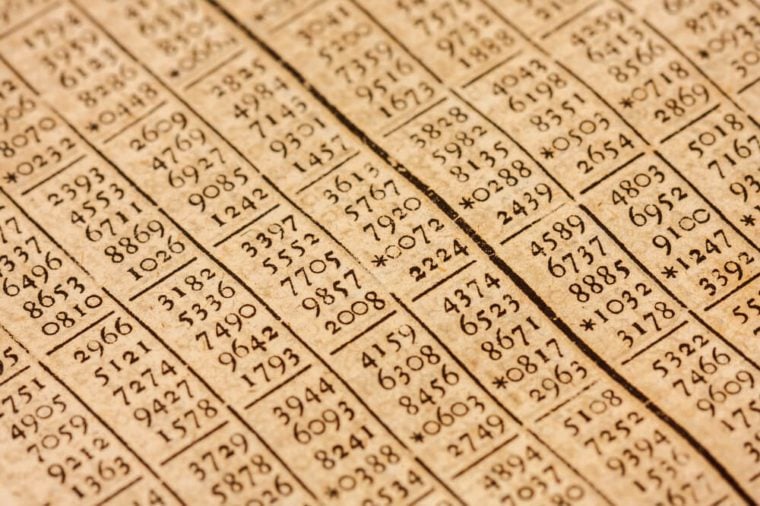 In 1816, Thomas Beale and a few companions came into a large sum of gold and silver while mining somewhere in the Rocky Mountains. Hoping to keep it safe for their families, the men hid the treasure, and Beale painstakingly wrote a letter—in code—describing exactly where it could be found. He then placed the letter in a box and gave the box to a Virginia innkeeper for safekeeping. Beale never came back for it. The innkeeper opened the box years later, but no one was ever able to decode the letter. 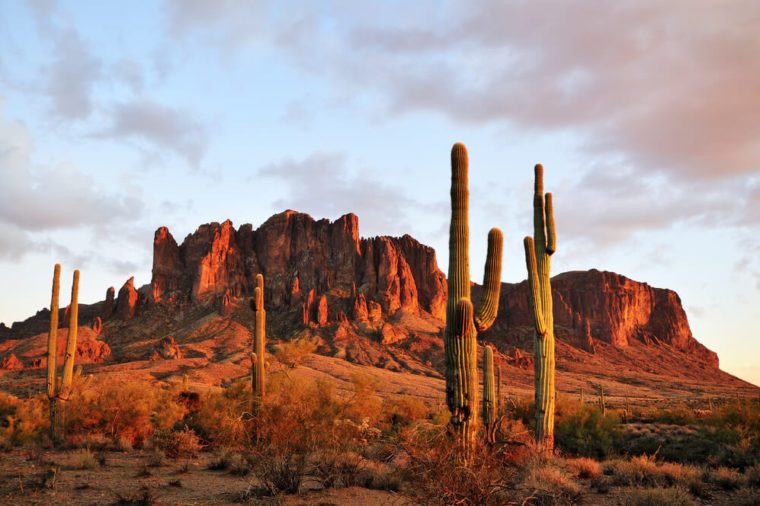 The lost gold mine

Back in the 1840s, prospectors established a gold mine in the Superstition Mountains of central Arizona. The mine proved profitable until a group of Apaches slaughtered those working it. The mine's location was lost with its workers until the 1870s when a German immigrant named Jacob "The Dutchman" Waltz was said to have rediscovered it. On his deathbed, the Dutchman is said to have described the mine's location to Julia Thomas, a Phoenix-area neighbor who took care of him, but she couldn't locate it. Don't miss the strangest unsolved mysteries of all time. 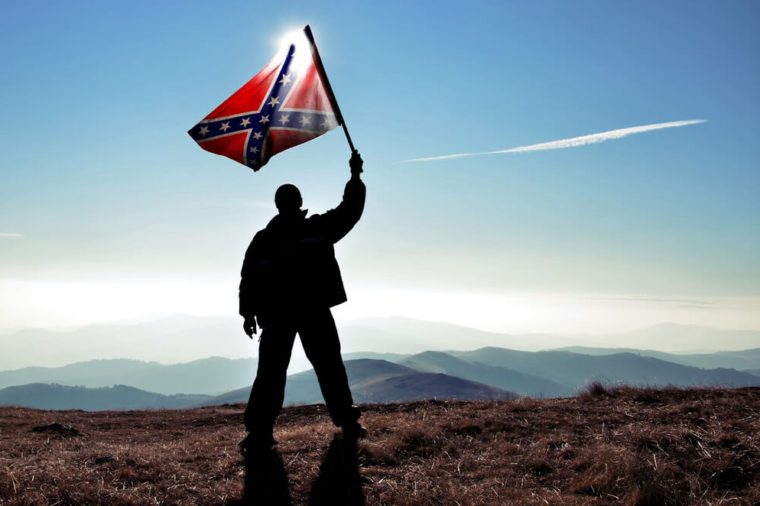 When the smoke cleared after the end of the Civil War in 1865, millions of dollars' worth of gold turned out to be lost or unaccounted for and has since been the subject of speculation by historians and treasure-hunters. Some believe that Confederates hid some portion of the treasury while waiting for the South to rise again. Not long ago, a group of history buffs from Michigan developed the theory that some of the hidden treasures—about $140 million dollars' worth—are sitting at the bottom of Lake Michigan. 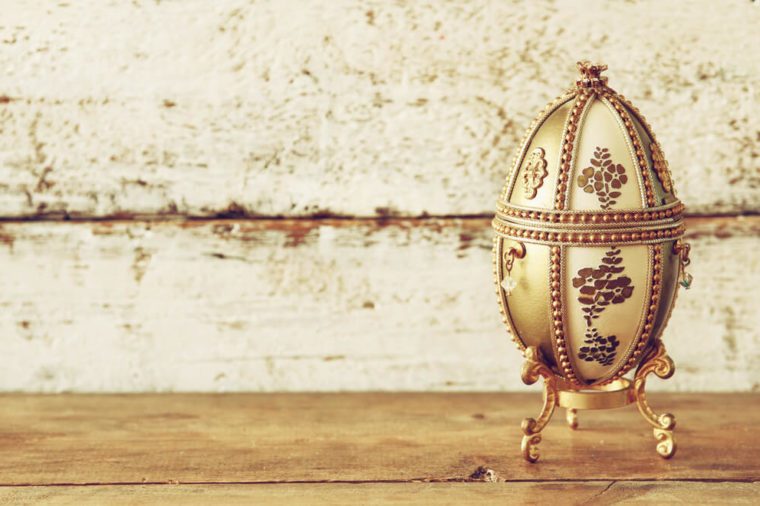 Starting in 1885, the Tsars of Russia gifted the ladies in their life with eggs made of precious stones and metal by the jeweler Fabergé. Each was a treasure, and the eggs contained smaller treasures within—such as a golden crown inside a golden hen inside a golden yolk—according to history buff Corey Chappelle. A total of 50 were made, all of which were confiscated by the new Russian government during the Russian Revolution of 1917. While historians can account for many of the eggs, seven remain missing. There's still hope they'll be found: in 2012, one was discovered by an American scrap metal dealer sitting on a shelf in his house.