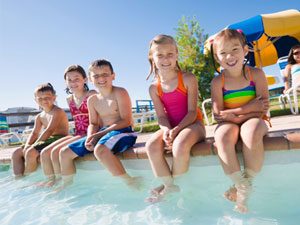 © Creatas/Thinkstock
In 2011, residents of more than 50% of the cities, towns and villages in the U.S. cast their votes in the inaugural Reader’s Digest We Hear You America campaign. The top 20 vote-getting towns received grants that allowed them to kick off (or complete) projects to make their communities even better places to live. This is one of those towns.

From rib-fests to basket raffles and more, Ainsworth had been raising funds for its town-improvement projects – including an expansion of the public library and the construction of a new community swimming pool – since before the We Hear You America campaign came along. But its residents still rallied to secure enough votes in last year’s campaign to win a prize, giving a boost to both these initiatives. The library upgrade will be the first project completed, while additional fundraising is ramping up for the pool.

“It got really exciting. We all thought we could do this… kids were talking about it at school, and telling their parents and grandparents to vote,” said Debbie Hurless at the Economic Development Center of Ainsworth. “People without computers were going to the library to vote… and people who had never even used a computer before were now signing on to vote!” According to Hurless, it was a normal day in Ainsworth when you heard people walking around town asking, “Do you know what place we’re in today?”