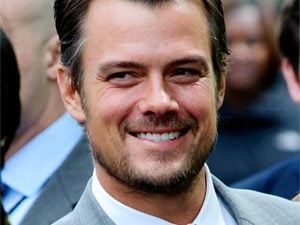 Daniel Ogren via Wikimedia Commons
After actor Josh Duhamel dedicated his Twitter account to the people of flood-damaged Minot, North Dakota—his hometown, and winners of $25,000 in our recent We Hear You America campaign—we were inspired to find out more about the Hollywood star and his passions.

Reader’s Digest: What’s important to you?

Josh Duhamel: We adopted our dog Meatloaf, and had him for about six years. He died recently—April 1st, actually. That’s when I hooked up with PetSmart Charities, to spread the word about how important it is to adopt pets, because so many animals are out there looking for good homes. They really do appreciate it, I swear. Because they know what the alternative is, and there’s no animal that’s going to be more appreciative than one you’ve rescued from a shelter situation. There are 8 million pets per year that are going to be put into shelters, half of which will be euthanized—that’s 11,000 a day. And that, to me, is just not acceptable.

Do you have any plans to adopt another dog now that Meatloaf has passed on?

At some point yes. I’d like to have a real-live human baby first, and then maybe another dog shortly after that.

On the topic of animals, your hometown of Minot won third prize and $25,000 in our We Hear You America campaign. Locals are putting the money toward rebuilding the Roosevelt Park Zoo, which was damaged and devastated after last year’s flooding.

There’s something about [Minot] that I’m always going to carry with me. When it got hit last year with the worst flooding in its history, there was this feeling of helplessness, like you just wanted to be able to do something. You just watched this water slowly rise and overtake the city. It was heartbreaking. It was devastating. But this is a community of people that are extremely strong and resilient, and not afraid to roll up their sleeves and work to get it back to normal.

I’ve tried to bring as much awareness [to Minot] as I can, and raise as much money as I can. We held a concert last year, where my wife [singer Fergie] talked [her band] the Black Eyed Peas into coming in and doing a benefit concert. We raised $2 million towards the rebuilding effort, which was really cool. We won a contest for Oak Park as well, to start the rebuild on that.

Roosevelt Park Zoo is one of my oldest memories. I remember having a birthday party there as a kid. We used to go look at the monkeys, and all the other animals in the summer when it was open. But after last year’s flood, it was pretty much washed away, and they’ve got to start from scratch. I think the $25,000 dollars is a great start—but we’re going to have to raise a lot more to get it back to right. Luckily the community itself is thriving, so it’s just a matter of those who are doing well helping the community however they can to get it back to normal. It’s going to be a number of years. There are bridges, and a third of the homes were pretty much lost. That takes a long time to heal, and if anyone can get through it, it’s the people in Minot.

To help PetSmart Charities, make a donation by texting PETS to 80888, or visit www.petsmartcharities.org/donate to give $5 to help save the lives of millions more homeless pets.