Disney World Helped Heal Her Family—Now She Works There

Learn how this Disney performer is helping families find magic in everyday life. 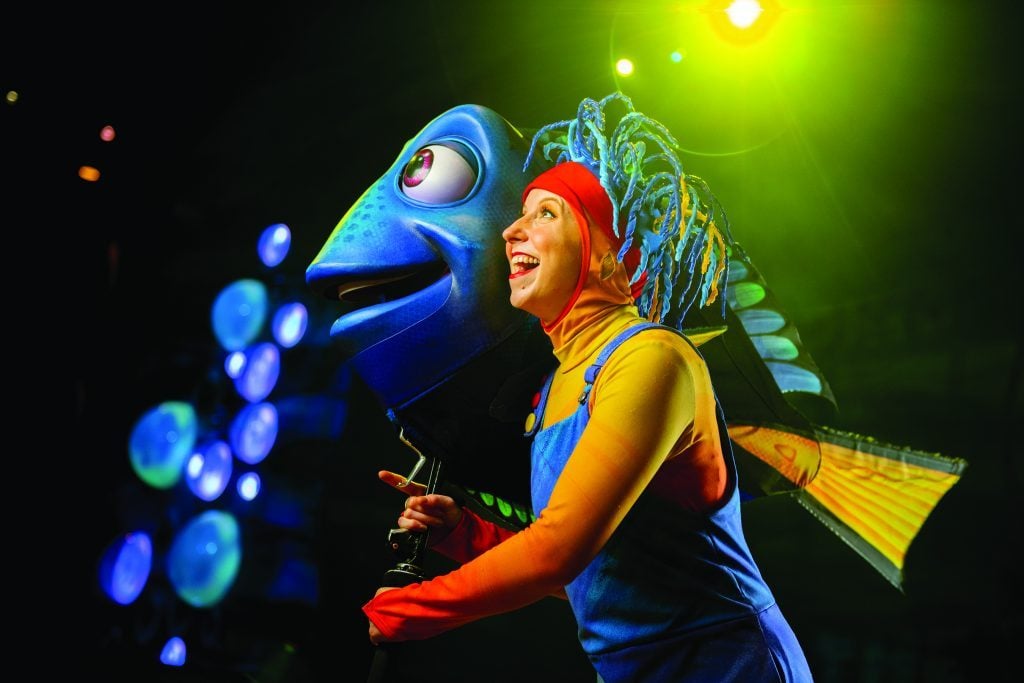 courtesy DisneyKatie Whetsell’s job is to bring others joy. As an employee of Disney for ten years, she delights families from all over the world and can bring a smile to anyone’s face. Katie’s story of her journey to work at Disney World appears in the new Disney documentary, One Day at Disney that’s now streaming on Disney Plus. Although there are some secrets Disney employees can’t share, One Day at Disney gives an insider’s glimpse into some of the most remarkable and inspiring stories of those who work for the company.

Katie always knew she wanted to be a performer. The youngest of three kids from Cleveland, she was enamored with musicals and Disney movies from an early age and would often watch them singing along with her mom, Karen. Katie recalls that as a child, her hero was Jodi Benson, who voiced Ariel in The Little Mermaid. She told her mom she wanted to sing “Part of Your World,” for the school talent show; although a beloved song to many, the song almost didn’t make it into the movie. When Katie sang it, she remembers her mom’s mouth dropped open wide as she heard her little girl sing for the first time.

Then, when Katie was nine years old, her happy childhood took a turn when her mother was diagnosed with stage 4 ovarian cancer. When the doctor informed the Whetsell family that Karen’s disease was terminal, they made a decision. Disney World had been a longtime dream vacation for Karen, who had grown up watching Walt Disney’s Wonderful World of Color. So in November 1997, the family packed up and headed to Disney World for a trip none of them would ever forget—especially as it was the one family trip they went on in Katie’s childhood.

The vacation of a lifetime

The Whetsells spared no expense for their once-in-a-lifetime vacation and stayed at Disney’s Polynesian Village Resort for eight nights. They spent their days in the parks, seeing the sights, greeting characters, all the while pushing Karen in her wheelchair and watching her face light up with joy. Katie’s older brother, Kevin, older sister, Kelley, and father, Ken, all shared in the merriment of experiencing the park for the first time with Karen. The trip to Disney World at the height of Karen’s battle with cancer allowed them to escape into a world of magic and laughter.

Katie says she’ll never forget the moment that changed her life on that trip: After a long day at the parks, the Whetsells decided to see one of Disney World’s many nightly light shows. While watching, a Disney cast member performing in the parade came up to her mom and rested her hand on Karen’s shoulder. They exchanged smiles and, to this day, Katie remembered how at peace her mom looked. The whole family was touched and moved to tears.

This was the day Katie decided she wanted to work for Disney. “I was just thinking, I have to find a way to work for this company one day,” she recalls. “I mean, who wouldn’t want to work with a company that makes people feel hope?”

Sadly, Katie’s mom Karen lost her battle with ovarian cancer on June 2, 2003. Her children Kelley, Kevin, and Katie, and her husband Ken remember her every day and often think of that Disney vacation.

Katie went on to pursue performing for a living. After she received her degree in musical theatre from Otterbein University in Westerville, Ohio, she moved to New York City in 2006 to start auditioning. Katie struggled for years, working as a waitress and trying to make it as an actor. Her hard work and passion finally paid off when she was hired to work on Disney Cruise Lines in 2009 and later as a performer in “Disney on Classic” in Tokyo. These are the secrets Disney Cruise Line employees won’t tell you.

Since then, Katie has had many opportunities to play with and interact with some of her favorite Disney characters, but Katie’s favorite friend is Dory in “Finding Nemo the Musical” at Disney World’s Animal Kingdom. Several times a week, Katie can be found voicing lovable, forgetful Dory. She says that Dory has taught her the value of living in the present moment and to “just keep swimming.”

One Day at Disney

Earlier this year, Katie was able to tell her story to the crew of the documentary, One Day at Disney, which depicts the day-to-day lives of Disney employees. Katie has never lost sight of the fact that she and others who work for the company bring joy to the lives of many every day. She says it’s a dream come true to help other families escape the trials of their lives, whether it’s a family’s battle with cancer or simply helping adults feel like kids again. “I understand that everything we do at the parks makes a world of difference to many families. It’s a way for us to help them forget. It’s amazing to be able to comfort others. We give people an opportunity to reconnect with their childhood. Even as adults, we all get scared. We give people the opportunity to experience wonder, magic, and connection.”

With Katie working at the park, the family has been able to make many more magical memories at Disney, enjoying Epcot’s International Food and Wine Festival and getting the opportunity to see Katie perform. Katie says her mom always encouraged her to pursue her dreams in life and continues today. “I feel like she’s still my agent on the other side,” says Katie. “I can feel her presence often and I feel her having a part in what I do.” When asked what her mother would think of her working at Disney World, she takes a deep breath and allows the tears to flow. “I just feel like she’d be so proud. I keep thinking about how much I wanted this and now it’s my job. Being able to perform and bring joy to other families, it feels kind of perfect.” This is what the letter’s in Disney’s EPCOT stand for.

Katie’s wish for others 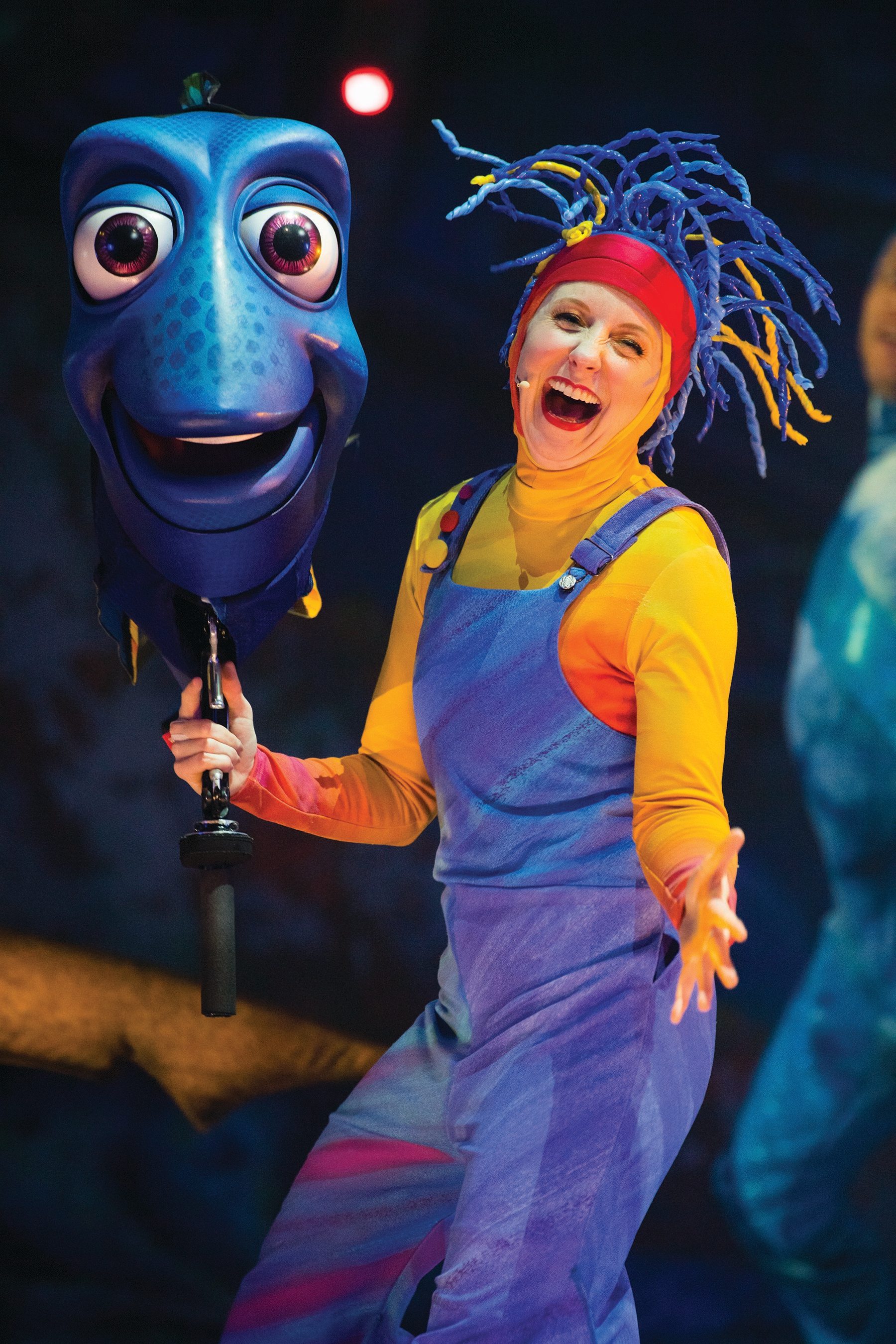 As a Disney performer, Katie is aware that many other families visit the parks and have similar stories to her own. She has a strong message for everyone, especially children, who may be experiencing a hard time. “Every moment is meant for you, even the painful ones,” she says. ” It’s just like in your favorite Disney movie: There is always some kind of conflict or hardship or pressure. Remember to celebrate those moments, too, because they are taking you to whatever your version of a happy ending is.”

To view Katie’s story and others, watch One Day at Disney on the Disney Plus streaming service or read about their stories in the coffee table book of the same name. You can also see Katie and a host of other magical performers at Disney World. If you’re planning a trip, you’ll want to know these insider tips for the best Walt Disney World vacation. 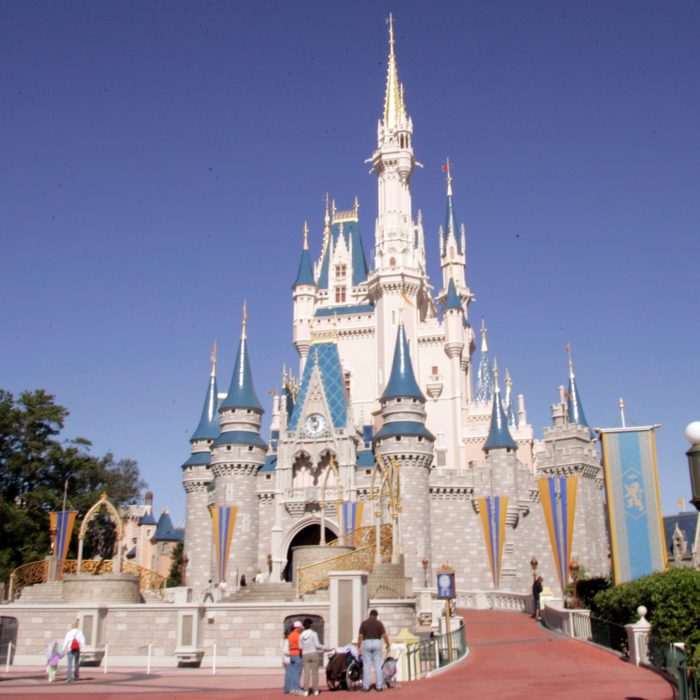 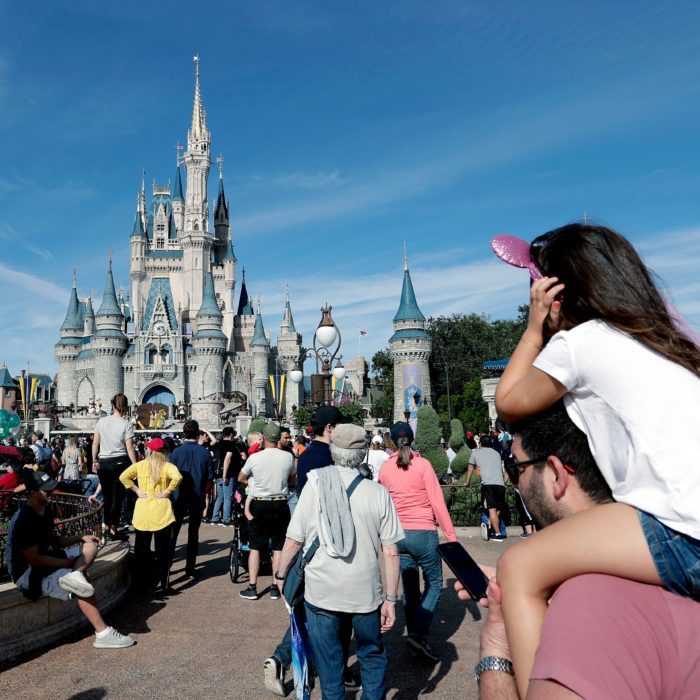 How to Skip the Lines at Disney 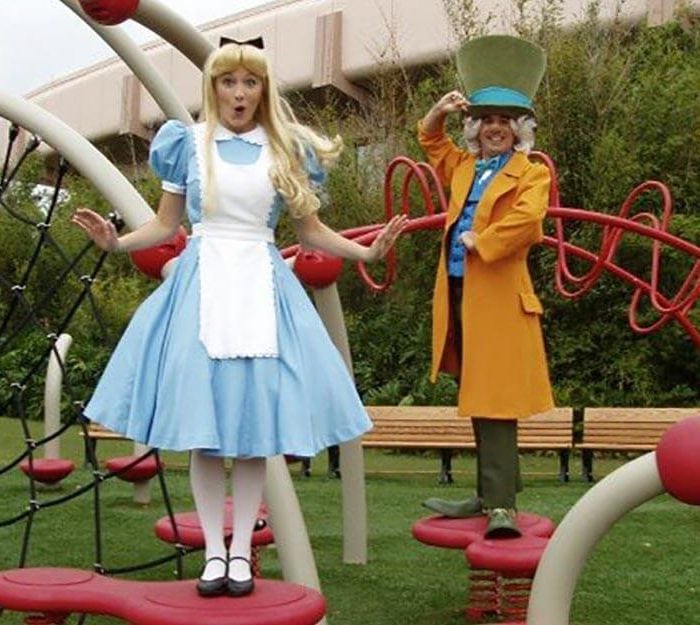