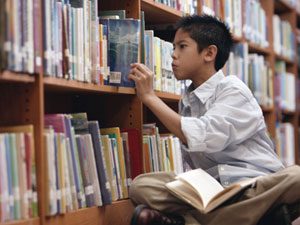 © Comstock/Thinkstock
In 2011, residents of more than 50% of the cities, towns and villages in the U.S. cast their votes in the inaugural Reader’s Digest We Hear You America campaign. The top 20 vote-getting towns received grants that allowed them to kick off (or complete) projects to make their communities even better places to live. This is one of those towns.

The Dominy Memorial Library, housed in a century-old landmark structure, is beginning a new chapter of its history. A major renovation is well underway that will increase accessibility for those with disabilities, create new community rooms and meeting areas, and add a 10,000 square foot facility for children’s activities.

Although fundraising for this $2 million-plus initiative had been going on for a while, Fairbury’s success in securing money from the Reader’s Digest We Hear You America campaign last year had an incredible impact. The Reader’s Digest promotion helped shine a spotlight on the project and sparked even more donations.  Debbie Oakland, the library’s director, said, “when everyone pulls together, anything is possible.” With six months of construction completed, the Dominy Memorial Library staff is excited to be moving back into its refurbished space at the beginning of 2012.