During the Great Depression, this teenager learned that it truly is more fulfilling to give than to receive.

Christmas 1940 makes me misty-eyed every time I think about it. I was a high school student in California’s San Joaquin Valley. In the hard times of the era, people depended on one another. We collected food, clothing, bedding and household items and gave them to the needy.

We saved the toys we collected for Christmas. The home economics classes made new dresses for the dolls, while the shop classes turned lumber into trucks, games and other toys.

That Christmas we students found ourselves wrapping toys and loading packages for delivery. As we presented the gifts, we saw joy in many faces, especially those of the children.

We had a few more visits to make on Christmas morning. The air was heavy and chilled us to the bone. A rancher offered us his truck for deliveries, and we gratefully accepted. For several hours, we knocked on doors. But as the cold hours passed, our enthusiasm gradually waned.

When we finally headed home, someone pointed to a small house down a canal bank. Although there were no electric or telephone lines running to the structure, smoke curled from the chimney. The house stood bleak in the forlorn terrain that surrounded it.

None of us knew who lived there, and we wondered if there were children. We still had a doll, two trucks, assorted small toys, chocolate Santas and a box of groceries. We decided to make one last visit. Three of us climbed down from the truck bed and gathered the gifts.

Mud sucked at our boots, slowing our progress. When we knocked on the door, a young woman whose dark hair was tied back with a red ribbon answered it. Three small children peeked from behind her skirt—a little girl of about 2, and boys perhaps 4 and 5 years old. The mother put an arm around the toddler and looked at us questioningly.

“Merry Christmas,” we chorused as we bent down and handed the gift-wrapped packages to the children and the box of groceries to the mother, whose eyes widened with amazement. She slowly smiled, then quickly said, “Come in.”

The catch in her voice was sufficient for us to accept her invitation. We removed our boots and stepped inside.

I knelt to reach the little girl, and it was then that I looked around the room. The linoleum floor was worn but spotless. Bleached flour-sack curtains hung at the windows. Neatly made beds occupied one corner of the room and the kitchen another. A small stove furnished heat.

As I turned back to the children, dressed in clean, neatly patched clothes, I noticed several green tree branches standing upright in a dirt-filled pot. A red cloth circled the base. Can lids and paper angels hung on strings, and a tiny paper star graced the treetop. Streamers of popcorn completed the decorations.

The room was silent as the children looked at their mother, wondering if the gifts were really for them. The little girl hugged her doll, and the boys grasped the trucks as they sought an answer. She put her arms around them and said in a choked voice, “I told you Santa Claus would come.” 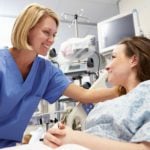 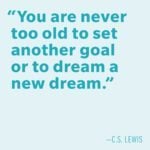 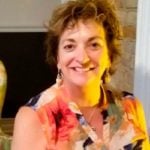