Deep in the Alaskan wilderness, a prospector comes to the rescue of an injured mother wolf and her pups, and a lasting connection is formed. 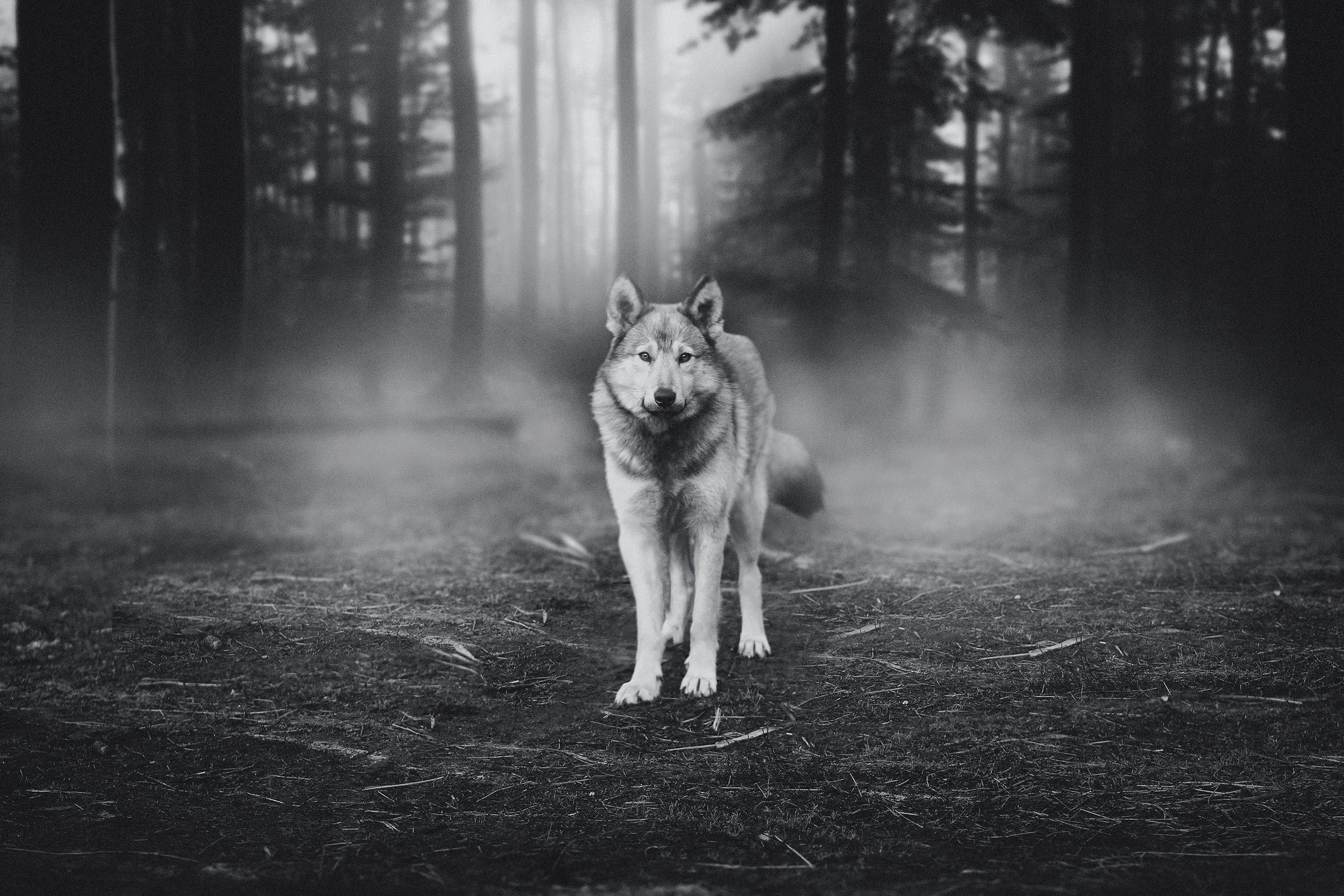 One spring morning many years ago, I had been prospecting for gold along Coho Creek on southeastern Alaska’s Kupreanof Island, and as I emerged from a forest of spruce and hemlock, I froze in my tracks. No more than 20 paces away in the bog was a huge Alaskan timber wolf—caught in one of Trapper George’s traps.

Old George had died the previous week of a heart attack, so the wolf was lucky I had happened along. Confused and frightened at my approach, the wolf backed away, straining at the trap chain. Then I noticed some­thing else: It was a female, and her teats were full of milk. Somewhere there was a den of hungry pups waiting for their mother.

From her appearance, I guessed that she had been trapped only a few days. That meant her pups were probably still alive, surely no more than a few miles away. But I suspected that if I tried to release the wolf, she would turn aggressive and try to tear me to pieces. Here are the proven skills to survive any emergency.

So I decided to search for her pups instead and began to look for incoming tracks that might lead me to her den. Fortunately, there were still a few remaining patches of snow. After several moments, I spotted paw marks on a trail skirting the bog.

The tracks led a half ­mile through the forest, then up a rock­-strewn slope. I finally spotted the den at the base of an enormous spruce. There wasn’t a sound in­side. Wolf pups are shy and cautious, and I didn’t have much hope of luring them outside. But I had to try. So I began imitating the high­-pitched squeak of a mother wolf calling her young. No response. A few moments later, after I tried another call, four tiny pups appeared.

They couldn’t have been more than a few weeks old. I extended my hands, and they tentatively suckled at my fingers. Perhaps hunger had helped overcome their natural fear. Then, one by one, I placed them in a burlap bag and headed back down the slope.

When the mother wolf spotted me, she stood erect. Possibly picking up the scent of her young, she let out a high­-pitched, plaintive whine. I released the pups, and they raced to her. Within seconds, they were slurping at her belly.

What next? I wondered. The mother wolf was clearly suffering. Yet each time I moved in her direction, a menacing growl rumbled in her throat. With her young to protect, she was becoming belligerent. She needs nourishment, I thought. I have to find her something to eat.

I hiked toward Coho Creek and spotted the leg of a dead deer sticking out of a snowbank. I cut off a hindquarter, then re­turned the remains to nature’s ice­box. Toting the venison haunch back to the wolf, I whispered in a soothing tone, “OK, Mother, your dinner is served. But only if you stop growling at me. C’mon, now. Easy.” I tossed chunks of venison in her direction. She sniffed them, then gobbled them up.

Cutting hemlock boughs, I fashioned a rough shelter for myself and was soon asleep nearby. At dawn, I was awakened by four fluffy bundles of fur sniffing at my face and hands. I glanced toward the agitated moth­er wolf. If I could only win her confidence, I thought. It was her only hope.

Over the next few days, I divided my time between prospecting and trying to win the wolf’s trust. I talked gently with her, threw her more venison, and played with the pups. Little by little, I kept edging closer—though I was careful to re­main beyond the length of her chain. The big animal never took her dark eyes off me. “Come on, Mother,” I pleaded. “You want to go back to your friends on the mountain. Relax.”

At dusk on the fifth day, I delivered her daily fare of venison. “Here’s dinner,” I said softly as I approached. “C’mon, girl. Nothing to be afraid of.” Suddenly, the pups came bounding to me. At least I had their trust. But I was beginning to lose hope of ever winning over the mother. Then I thought I saw a slight wagging of her tail. I moved within the length of her chain. She remained motionless. My heart in my mouth, I sat down eight feet from her. One snap of her huge jaws and she could break my arm … or my neck. I wrapped my blanket around myself and slowly settled onto the cold ground. It was a long time before I fell asleep.

I awoke at dawn, stirred by the sound of the pups nursing. Gently, I leaned over and petted them. The mother wolf stiffened. “Good morning, friends,” I said tentatively. Then I slowly placed my hand on the wolf’s injured leg. She flinched but made no threatening move. This can’t be happening, I thought. Yet it was.

I could see that the trap’s steel jaws had imprisoned only two toes. They were swollen and lacerated, but she wouldn’t lose the paw—if I could free her.

“OK,” I said. “Just a little longer and we’ll have you out of there.” I applied pressure, the trap sprang open, and the wolf pulled free.

Whimpering, she loped about, favoring the injured paw. My experience in the wild suggested that the wolf would now gather her pups and vanish into the woods. But cautiously, she crept toward me. The pups nipped playfully at their mother as she stopped at my elbow. Slowly, she sniffed my hands and arms. Then the wolf began licking my fingers. I was astonished. This went against everything I’d ever heard about timber wolves. Yet, strangely, it all seemed so natural.

After a while, with her pups scurrying around her, the mother wolf was ready to leave and began to limp off toward the forest. Then she turned back to me.

“You want me to come with you, girl?” I asked. Curious, I packed my gear and set off.

Following Coho Creek for a few miles, we ascended ­Kupreanof Mountain until we reached an al­pine meadow. There, lurking in the forested perimeter, was a wolf pack—I counted nine adults and, judging by their playful antics, four nearly full­-grown pups. After a few minutes of greeting, the pack broke into howling. It was an eerie sound, ranging from low wails to high-pitched yodeling.

At dark, I set up camp. By the light of my fire and a glistening moon, I could see furtive wolf shapes dodging in and out of the shadows, eyes shining. I had no fear. They were merely curious. So was I.

I awoke at first light. It was time to leave the wolf to her pack. She watched as I assembled my gear and started walking across the meadow.

Reaching the far side, I looked back. The mother and her pups were sitting where I had left them, watching me. I don’t know why, but I waved. At the same time, the mother wolf sent a long, mournful howl into the crisp air.

Four years later, after serving in World War II, I returned to Coho Creek. It was the fall of 1945. After the horrors of the war, it was good to be back among the soaring spruce and breathing the familiar, bracing air of the Alaskan bush. Then I saw, hanging in the red cedar where I had placed it four years before, the now­-rusted steel trap that had ensnared the mother wolf. The sight of it gave me a strange feeling, and something made me climb Kupreanof Mountain to the meadow where I had last seen her. There, standing on a lofty ledge, I gave out a long, low wolf call—­something I had done many times before.

An echo came back across the distance. Again I called. And again the echo reverberated, this time followed by a wolf call from a ridge about a half­ mile away.

Then, far off, I saw a dark shape moving slowly in my direction. As it crossed the meadow, I could see it was a timber wolf. A chill spread through my whole body. I knew at once that familiar shape, even after four years. “Hello, old girl,” I called gently. The wolf edged closer, ears erect, body tense, and stopped a few yards off, her bushy tail wagging slightly.

Moments later, the wolf was gone. I left Kupreanof Island a short time after that, and I never saw the animal again. But the memory she left with me—vivid, haunting, a little eerie—will always be there, a reminder that there are things in nature that exist outside the laws and understanding of man.

During that brief instant in time, this injured animal and I had some­how penetrated each other’s worlds, bridging barriers that were never meant to be bridged. There is no explaining experiences like this. We can only accept them and—because they’re tinged with an air of mystery and strangeness—per­haps treasure them all the more.

Read on for an incredible survival story of a hiker who survived back-to-back grizzly attacks.

This story originally appeared in the May 1987 issue of Reader’s Digest. 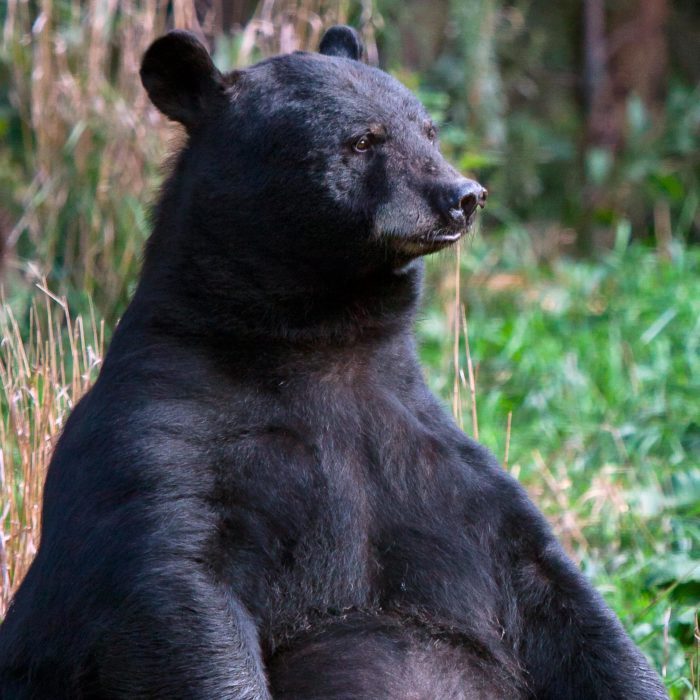 The Backpacker Who Befriended a Bear 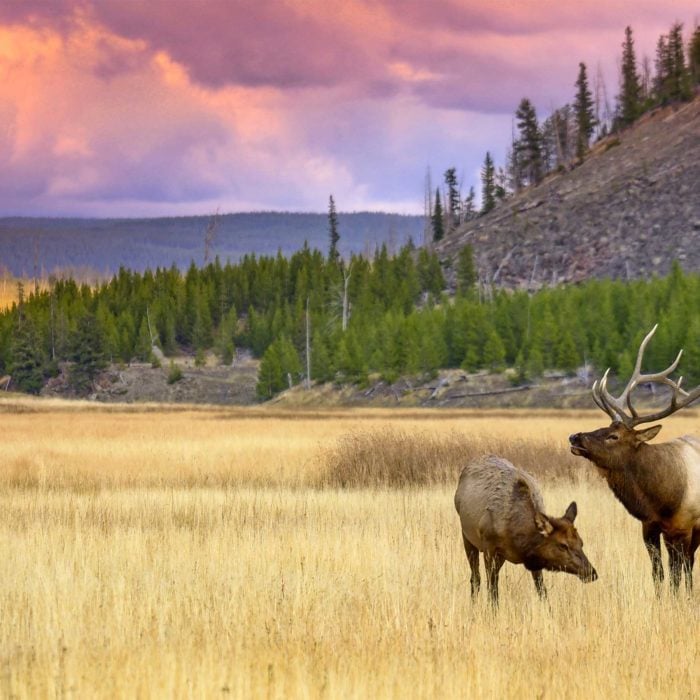 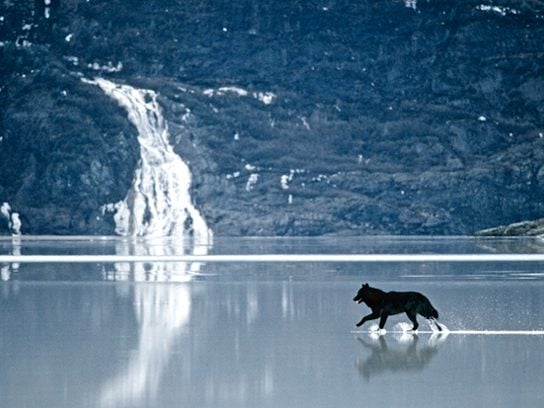 The Wolf Who Loved Too Much