Twelve-years-old at the time of the attack, the author survived, and so did her family. But as the days continued and she saw her neighborhood covered in smog and debris and filled with flyers of people who lost loved ones, amid continued threads of more attacks and building collapses—she realized 9/11 was just beginning. 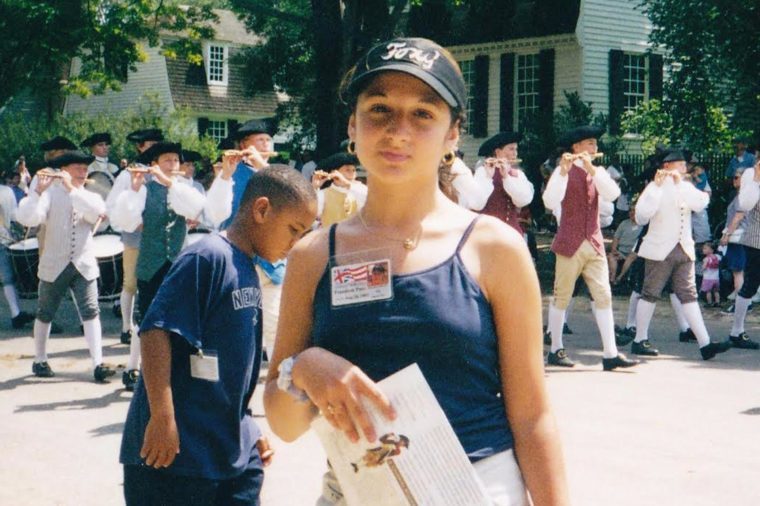 I was 12 years old, sitting in school three blocks away from the World Trade Center on September 11, 2001, when the planes hit the twin towers. Our teachers had us all gather in the cafeteria. I remember parents rushing in to pull out their children amid the chaos. I began panicking, wondering how I would get home to my apartment building on the other side of the Towers where my elderly grandparents also lived. Then, my neighbor and her 13-year-old son appeared in the doorway, arriving late for the day after an appointment, to walk me home. We left just minutes before the first tower collapsed. What we ran from, saw, heard, smelled, and experienced as we pushed through crowds and ran for our lives from the collapsing towers—the first, then the second—as we tried to get home with police stopping us at every way in and bloody, ash-covered bodies running past us—has become common knowledge in the past decade. But it's very different to live through it in real-time as a child, with no idea if we would be killed in an instant, what was going to happen next, and if the world was going to end before I could see my family again and say goodbye. I survived, but that morning was just the beginning of my trauma.

In 2016, I wrote a book, After 9/11 about my experiences and that of over a dozen of my former classmates, I began to receive emails from children across the country asking me questions and telling me their feelings about the day. I started video chatting with them in their classrooms as well. These are the questions I'm asked most frequently—along with my heartfelt answers. 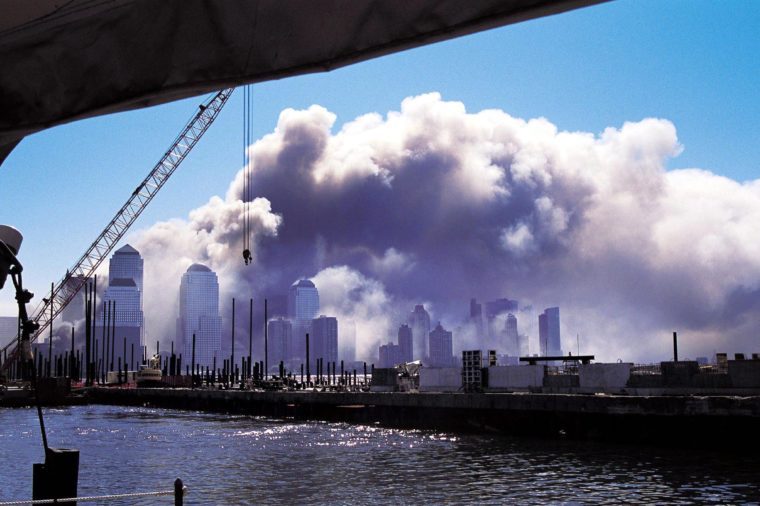 What was your first reaction when the plane hit the First Tower?

When the first plane hit and we felt the impact in our classroom, my first reaction was surprise, because I didn't know what was going on. That very quickly led to fear and panic as we did learn what happened, so I would say I was nervous, scared, and shocked. Those feelings amplified as I tried to walk home with my neighbors and more surprising things happened, like the police not letting us get home even though we told them we lived there because they were told to direct everyone to go uptown and out of harm's way. 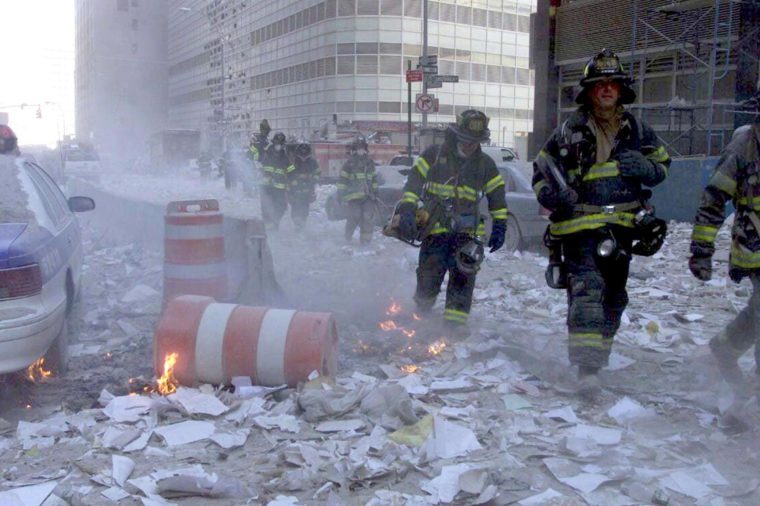 What happened to your classmates whose parents weren't able to come and get them?

These classmates were evacuated, which means the bomb squad led them out of the building and uptown away from the Towers, but they were also in the street close by when the Towers began to fall, so they all had to run as well. Those students were taken to another school where they waited for their parents to pick them up, once their parents were able to figure out where they were. Some of the kids who lived in Battery Park or Tribeca lost their homes for about six months and had to live moving from hotel to hotel.

What did you feel when knew all your family members were OK?

After a night of anxious waiting, my dad finally made it home the next morning, covered in a thick film of debris, dust, and sweat. I was very relieved when I knew all of my family members were OK. I was very lucky because so many children could not say the same, which is very sad. To tell you the truth, I still worried about my family members even after I knew they were OK because I was anxious about what would happen next and there were threats of additional attacks. Because I had thought I would die without ever getting to see them, going to school and leaving them again was hard almost every day, and as a teenager, I had a very hard time worrying that I would lose people I cared about. 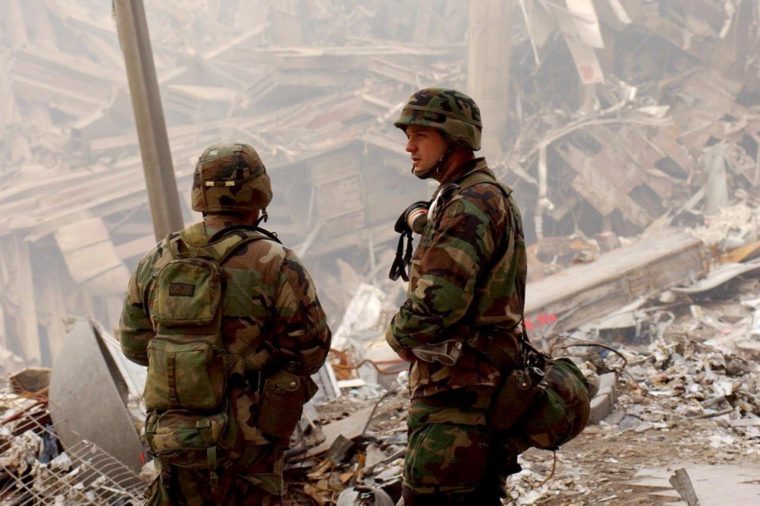 What happened the next day and in the days after?

As days turned into weeks, we only had the food and medication my father helped coordinate from New York Downtown Hospital across the street. The National Guard posted up in our neighborhood, there were Humvees and rifles—and the sound of a plane sent me into a hysterical panic. People randomly ran down the street running and screaming and crying, and we kept hearing we might have to evacuate, that another building might fall, that more bomb threads were coming in. I wasn't sleeping, and when I did, I had nightmares and flashbacks, feeling like I was just waiting to die. While it seemed like the rest of New York City above Canal Street and the rest of the world resumed "life as normal," everything had stopped in our neighborhood, including any cars, subways, or busses being allowed into the area. The power kept going in and out, debris was everywhere, phone lines worked erratically, all of the stores we'd normally go for food or other necessities were closed down, and we didn't have school for two weeks. Don't miss these triumphs and tragedies of military families. 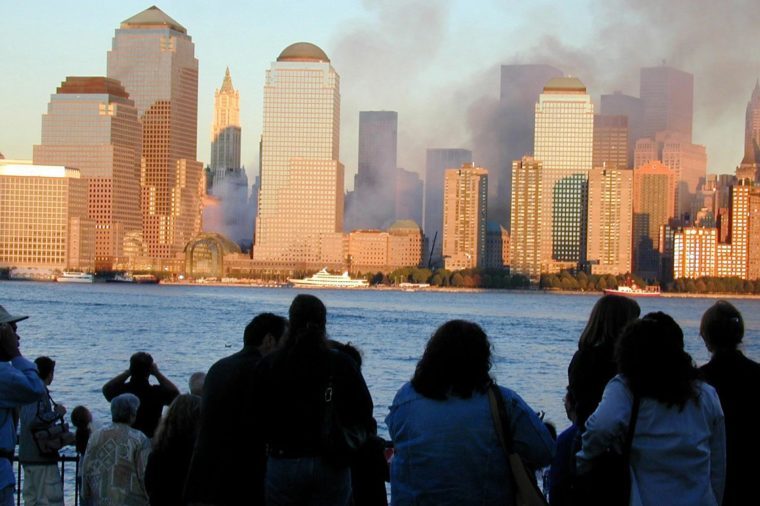 How long did the haze from the smoke in Manhattan stay?

The haze stayed in our neighborhood for a very, very long time. Six months later, there was still debris in the air and black smog. The air quality was very dangerous for a long time, but many people, including my family, didn't leave because they didn't have anywhere else to go. Read about the story of one 9/11 first responder who is speaking out after breathing in the toxic air at Ground Zero resulted in health issues. 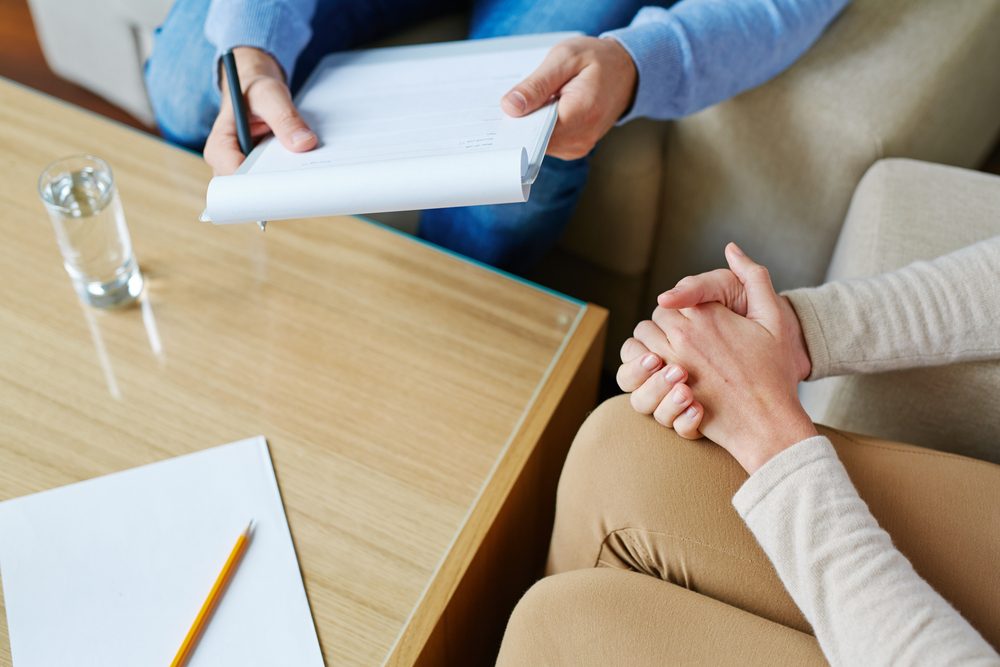 What would you tell people who have disorders because of 9/11 or other traumatic events?

While certain people spoke publicly about how New Yorkers and Americans will not be changed or deterred, the aftermath is a very real thing, no matter how brave we all want to be. Being brave and carrying on with our lives doesn't mean that we can't still worry about the safety of our loved ones and our own community. The symptoms of post-traumatic stress disorder (PTSD) can be complex, and they can sometimes take years, even decades, to surface. But if you notice that something isn't right, I would suggest finding a therapist to talk to who specializes in trauma and PTSD. Don't be afraid to reach out. These are 10 silent signs of post-traumatic stress disorder.

How did you ever stop thinking about it?

Unfortunately, the trauma was so big and ongoing that it was hard for me for a very long time, and I think it was difficult for my parents and so many families that lived in the area as well. When we survive something and try to move forward, that doesn't always automatically mean that we really have; we are changed, and our lives are changed. I don't think I'll ever forget or ever stop thinking about it, but I have learned to move forward with the thoughts I do have in a way that makes my life a lot easier. I have personally been able to get better and use my experience and to help other people, especially young people and to bring hopeful stories into the world when there is so much bad news. 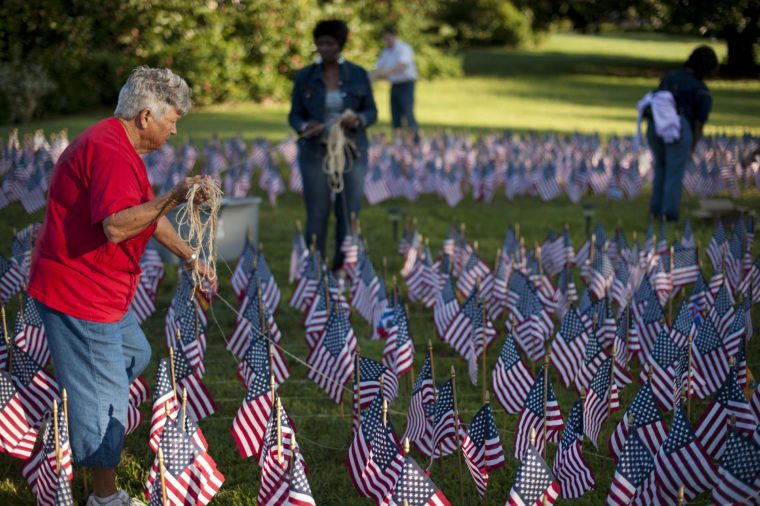 I still do not understand why the terrorists would do such a horrible thing. Do you ever go back to that day and wonder why it happened?

We do in fact know why, to some extent, the people behind the attacks did what they did. But that doesn't make it any less sad or scary. Sometimes bad things happen and we will never really know why they do. I wish I could understand it more, too. What is important to remember is that for all of the suffering out there, so many good people also exist who step in to help, and to try to make the world a better place. We have to be as strong as we can be and be good people in the world ourselves. Here are 13 things that surviving the terrorist attacks taught me. 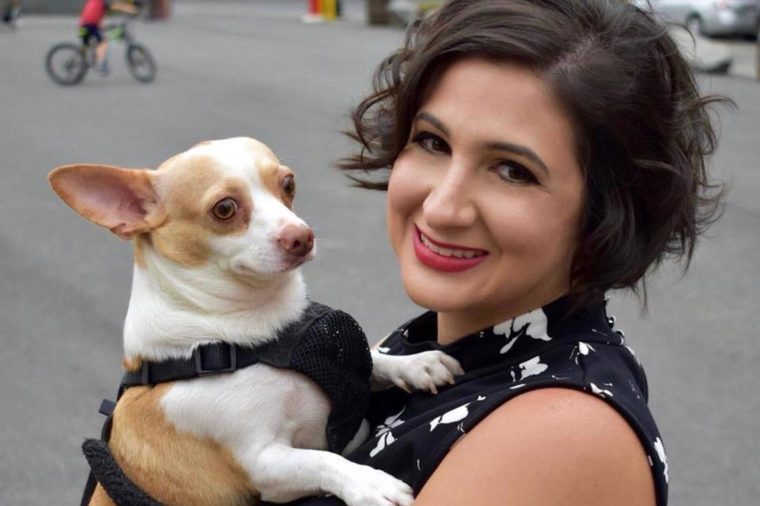 You went through an awful event at such a young age, how was your life affected throughout the years?

For a long time, many of my thoughts were scary and sad. A lot of the things I thought and the way my body and brain kicked into survival mode that day stayed with me for a long time. Fortunately, now, as a 30-year-old woman with my own family and happy life, I look back and see the way that years of hard work to make changes and get better in therapy has helped me become a new person with a new life, but without forgetting what I went through to get here.