The Second-Most-Decorated U.S. Paralympian Is a Double Amputee Who’s Been Competing Since the Age of 12

This photo of one of her many victories will bring you to tears. 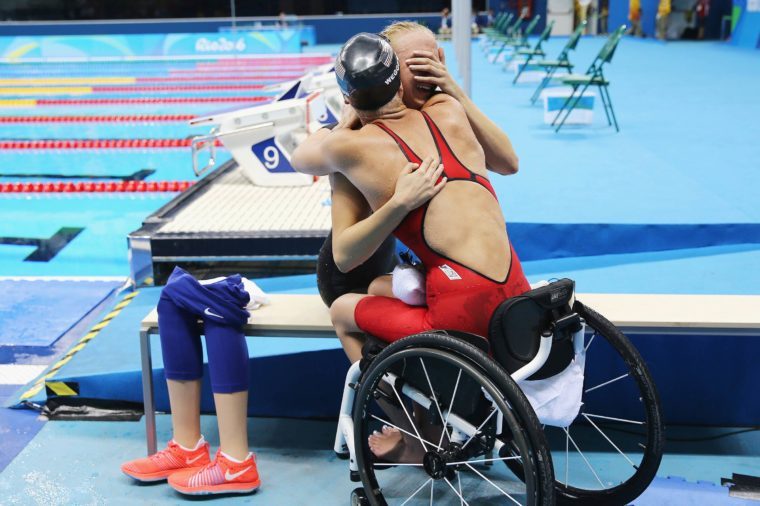 Budaa Mendes/Getty Images American Jessica Long has been collecting gold medals for more than  half her life, and she’s  not about to start taking pity on her opponents now. Long, 25, a double amputee who was born without bones in her lower legs and feet, competed in her first Paralympic Games at age 12 and came home with three gold medals. This month she’s heading to the World Para Swimming Championships in ­Mexico City, a follow-up to her six-medal performance at last year’s Paralympics in Rio de ­Janeiro. That’s Long in the black suit, sitting by her prostheses and being congratulated after one of those gold wins in Rio. As the second-­most-decorated U.S. Para­lympian in history, she has become a world-champion hugger too.

These are the Olympic moments that changed history.