A High School Student Attempted to Commit Suicide. You Won’t Believe What Her English Teacher Did Next.

Brittni Darras knows that letters can help save lives. 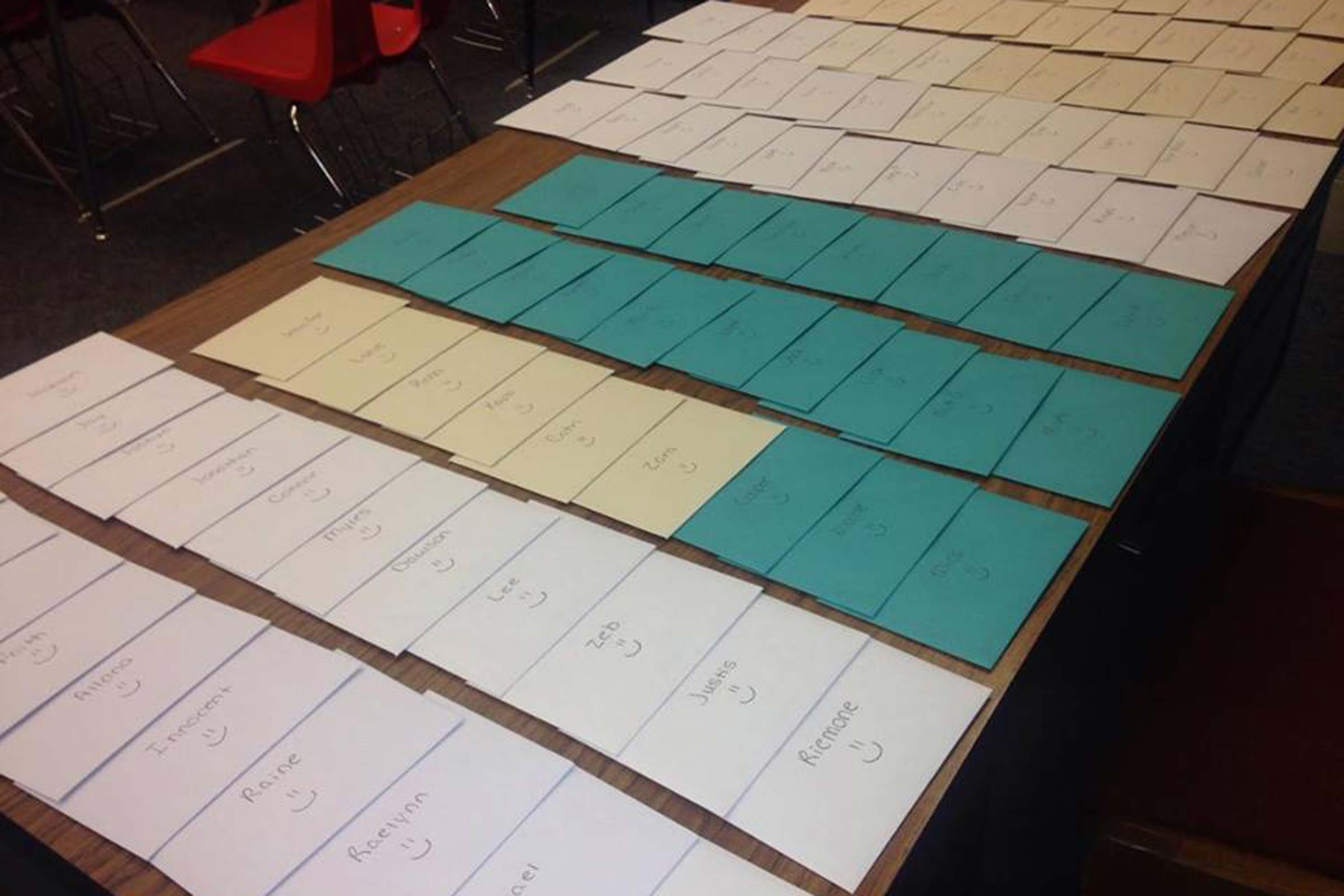 Brittni Darras, an English teacher at Rampart High School in Colorado Springs, Colorado, never expected to cry at a parent-teacher conference. That was before this past March, when one mother came to talk to Darras about why her daughter had missed so much class: Darras’ student had attempted to commit suicide, and had been hospitalized since the incident.

“Her daughter—a friendly, intelligent, beautiful, driven, young woman—not only planned to commit suicide, but was in the act of doing so when the police got a Safe 2 Tell report, broke in, and stopped her,” Darras recalls in a Facebook post. The student had even written goodbye letters and deleted her social media accounts.

Darras felt helpless and devastated by the news, so she asked the mother if she would deliver a handwritten note to her student at the hospital. Darras’ letter praised her student for her academic accomplishments and glowing personality, and told her how much she was missed in class.

“My student got the letter; her mom said that her daughter cried, turned to her mom and said, ‘How could somebody say such nice things about me? I didn’t think anybody would miss me if I was gone,’” Darras shares on Facebook.

In light of previous suicide attempts throughout the district, Darras realized the impact that one small act can have on a person’s life. She knew this type of personal encouragement was particularly essential for her students; According to the CDC, suicide is the third-leading cause of death for people ages 10 to 14 and the second-leading cause of death for those between 15 and 34. Darras sees these alarming statistics as “a direct result of the pressure we put on these kids.”

[pullquote] “We need to remember that each human being is unique… Instead of trying to change it, we need to embrace it.” [/pullquote] 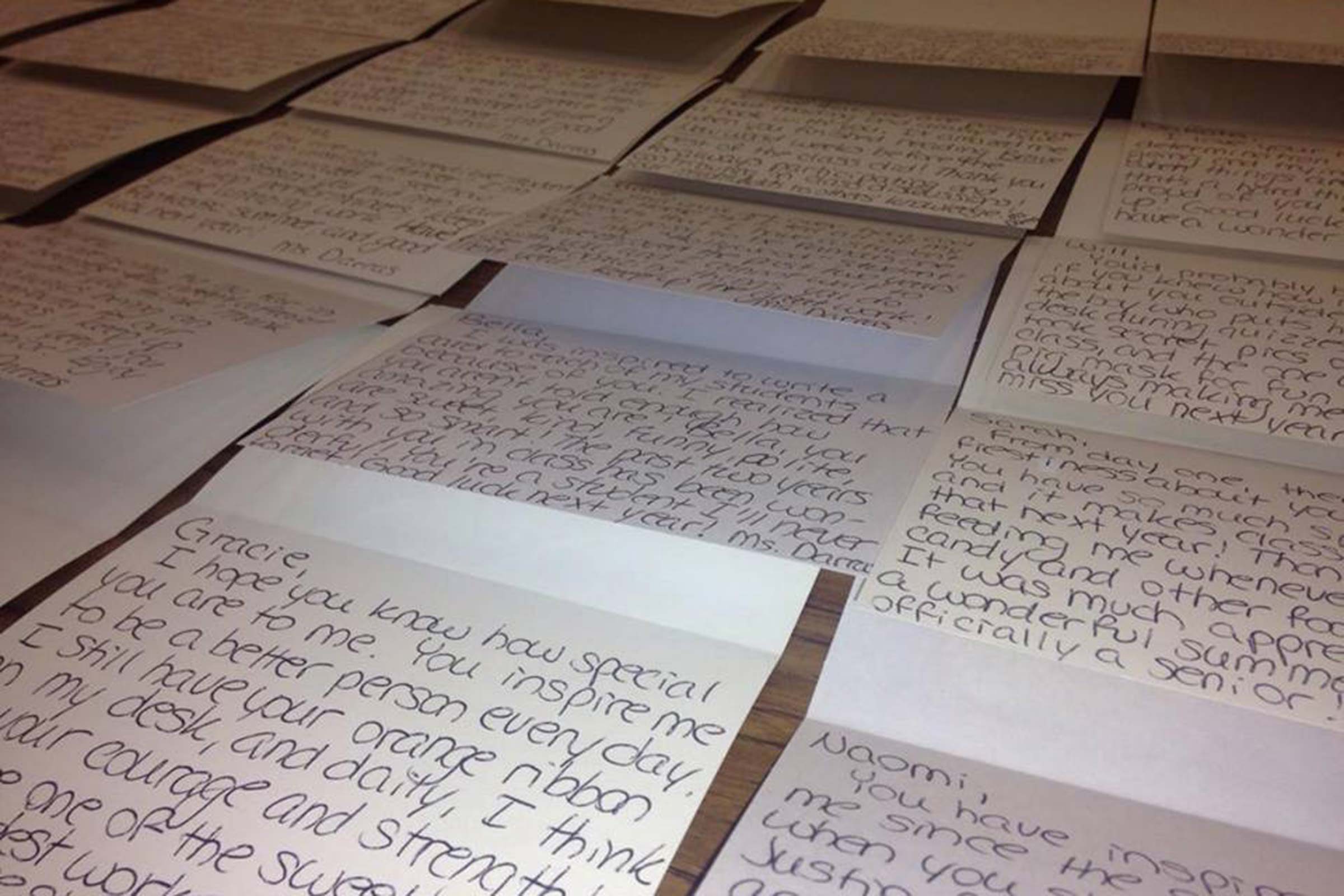 So over the course of the two months that followed, Darras began crafting personalized notes for each of her 130 9th and 10th grade English students at Rampart High School to remind them how important they are.

Darras gave her students the handwritten letters after their finals, each envelope marked with the student’s name and a smiley face. The letters contained personalized heartfelt messages such as “you inspire me to be a better person each day,” and “you’re a student I’ll never forget.” 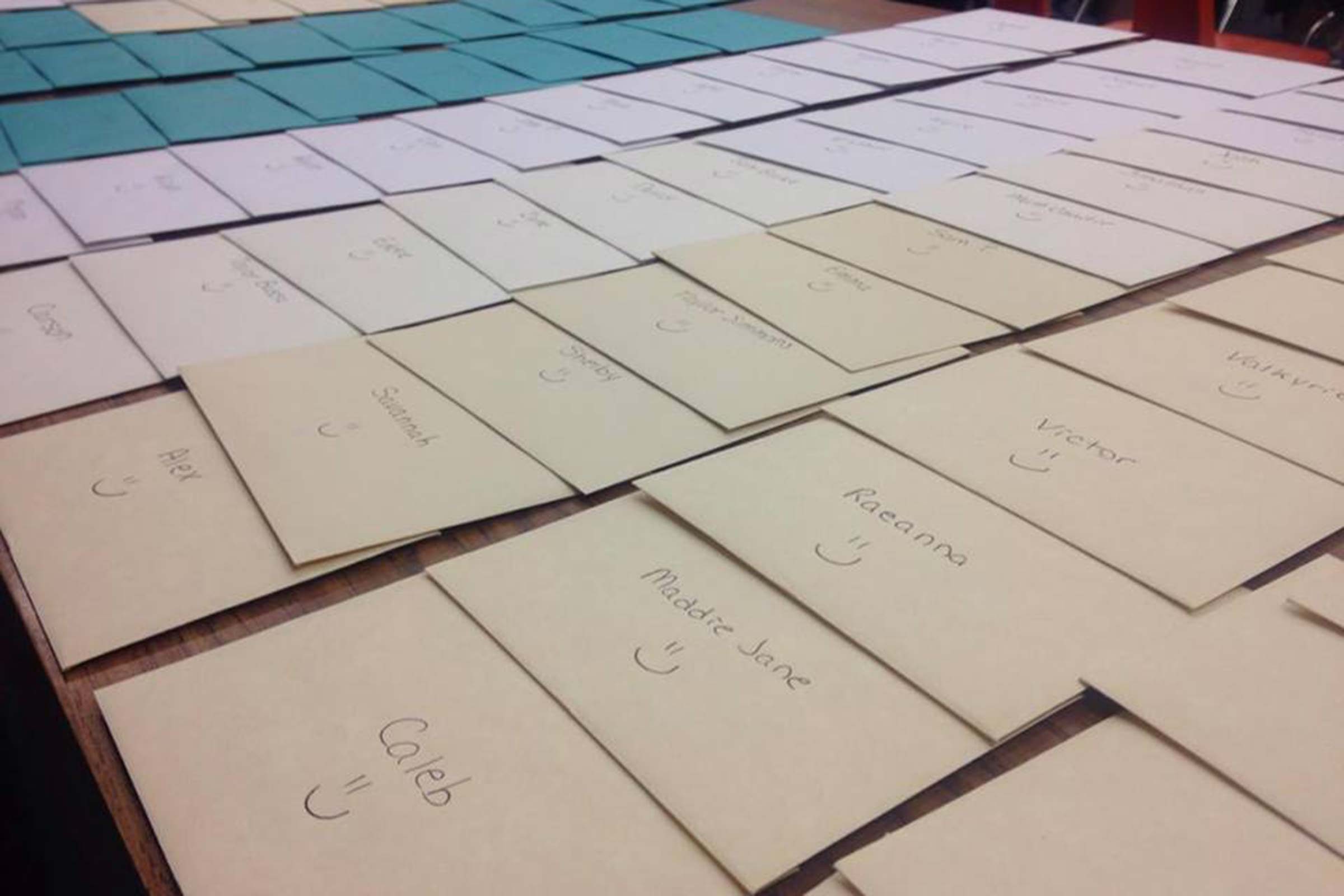 “We need to remember that each human being is unique, and that is what makes them special,” Darras says. “Instead of trying to change it, we need to embrace it, because together, we can make a difference, and we can save lives!”

Darras’ story has since gone viral; her post has thousands of likes, comments, and shares. Other teachers expressed plans to write similar letters in their own classrooms, and Darras’ students and their parents came out in support of her efforts. “I’m happy to be a part of Rampart because of you Ms. Darras,” wrote Rachael Katz, one of her students. “It’s not every day that a teacher would take the time to sit down a think about every single student they have, let alone tell them how much they love them. You have made a huge difference in suicide awareness. Thank you.”

If you or someone you know is in need, please contact the National Suicide Prevention Lifeline for help: 1-800-273-8255