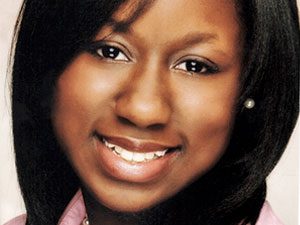 Courtesy Jackie Stinson
Olivia Stinson’s church in Charlotte, North Carolina, threw a party for children whose parents were in prison. “But it was always awkward,” the 17-year-old honor student recalls. “We had no idea who they were living with or what they needed. I wanted to tell them, ‘We’re here for you,’ but I barely knew their names.”

So three years ago, Olivia invited the children as well as members of her church youth group to form the PEN (Peers Engaged & Networking) Pals Book Club. “I wanted to get to know the kids and do something educational and fun,” says Olivia.

Her instincts were on-target. Experts say many children with a parent in prison are stigmatized, and they are more likely to struggle in school and have behavior problems.

Olivia organized bowling and roller-skating parties and trips to a children’s theater. The group also does its own service projects. Members have volunteered at a men’s shelter, collected school supplies for underprivileged children, and “adopted” three families, helping them with clothing and other needs.

Olivia’s mother, Jacqueline, a former teacher, leads the book club discussions. After the teens read Tears of a Tiger by Sharon M. Draper, about driving drunk, the sheriff let them drive a golf cart through a coned course wearing goggles, to show how drinking would change their vision.

The group has about 35 members ages 12 to 18; a new club for kids under 12 has 20 members. Grants and awards cover most of the $4,000 budget, supplemented by donations of books and theater tickets.

Olivia would like to see PEN Pals expand across the state. “I realize I’m not really different from these kids,” she says, “except their parents made a mistake and ended up in prison. The kids can’t control that. I just want to do what I can so they won’t follow in their parents’ footsteps.”