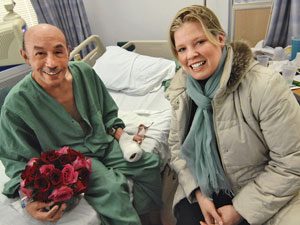 How she helps: Wielding the power of flowers

Nancy Lawlor collects bouquets—flowers from hotels and weddings and corporate events, in cities like New York and Los Angeles. Then she gives them away to people in need, often breaking down larger bouquets so there’s more to go around.

Lawlor was inspired to start her nonprofit organization, FlowerPower, eight years ago. Sitting in the lobby of the Waldorf Astoria, she was riveted by its towering floral displays. Where did they go at the end of the day? After getting her answer — a Dumpster — Lawlor volunteered to take them away instead. Once the hotel agreed, Lawlor delivered $2,000 worth of large pink bouquets to a New York City hospital. “It all started with one person saying yes,” she says.

To date, FlowerPower has distributed more than $2.5 million worth of flowers to hospitals, rape crisis centers, and rehabilitation clinics. The bouquets last several days, giving patients a healthy dose of good cheer. “I’ve seen thousands of people transformed,” she says, “all over a simple bouquet of flowers that originally would’ve been thrown away.” Now, that’s a beautiful arrangement.