30 Women Pioneers Who Changed the World

Whether they are already household names or a hidden figure deserving of more recognition (and an uplifting biopic), the following ladies changed the world with their enormous contributions to science, politics, technology, art, sports, entertainment, and the military and thus ensured that the future could be female. 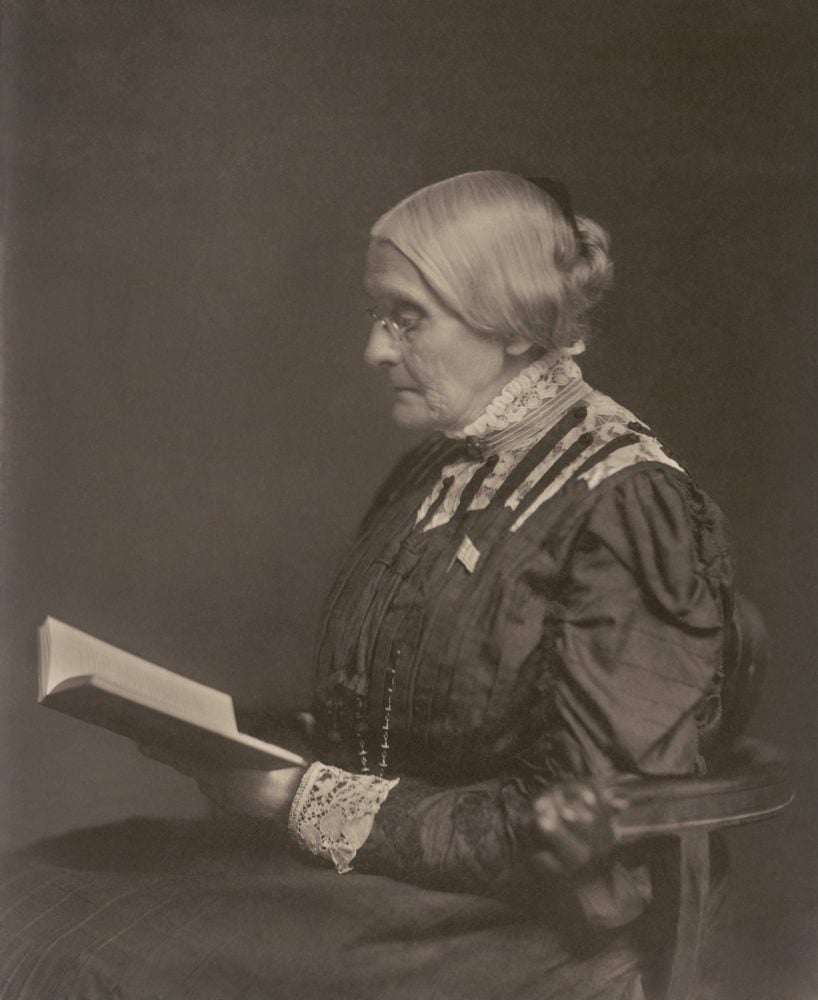 Believing failure to be impossible, this New York disruptor is one of the main reasons ladies get to collect a sticker on election days in the United States. In fact, the 19th Amendment to the Constitution—which granted the right to vote to all U.S. women over 21 in 1920—is also known by her name. According to the Susan B. Anthony House museum, she participated in her first women's rights convention in 1852. Over the next 54 years, she published The Revolution; circulated petitions for married women's property rights; established a press bureau to provide articles to national press outlets; gave speeches; formed Working Women's Associations for the publishing and garment trades; called the first Woman Suffrage Convention in Washington, D.C. (1869); and was arrested for voting (1872). She was also a vocal advocate for abolishing slavery and improving workers' rights, higher education for women, and training standardization and registration for nurses. Check out these rarely seen photos of the first women voters in 1920. 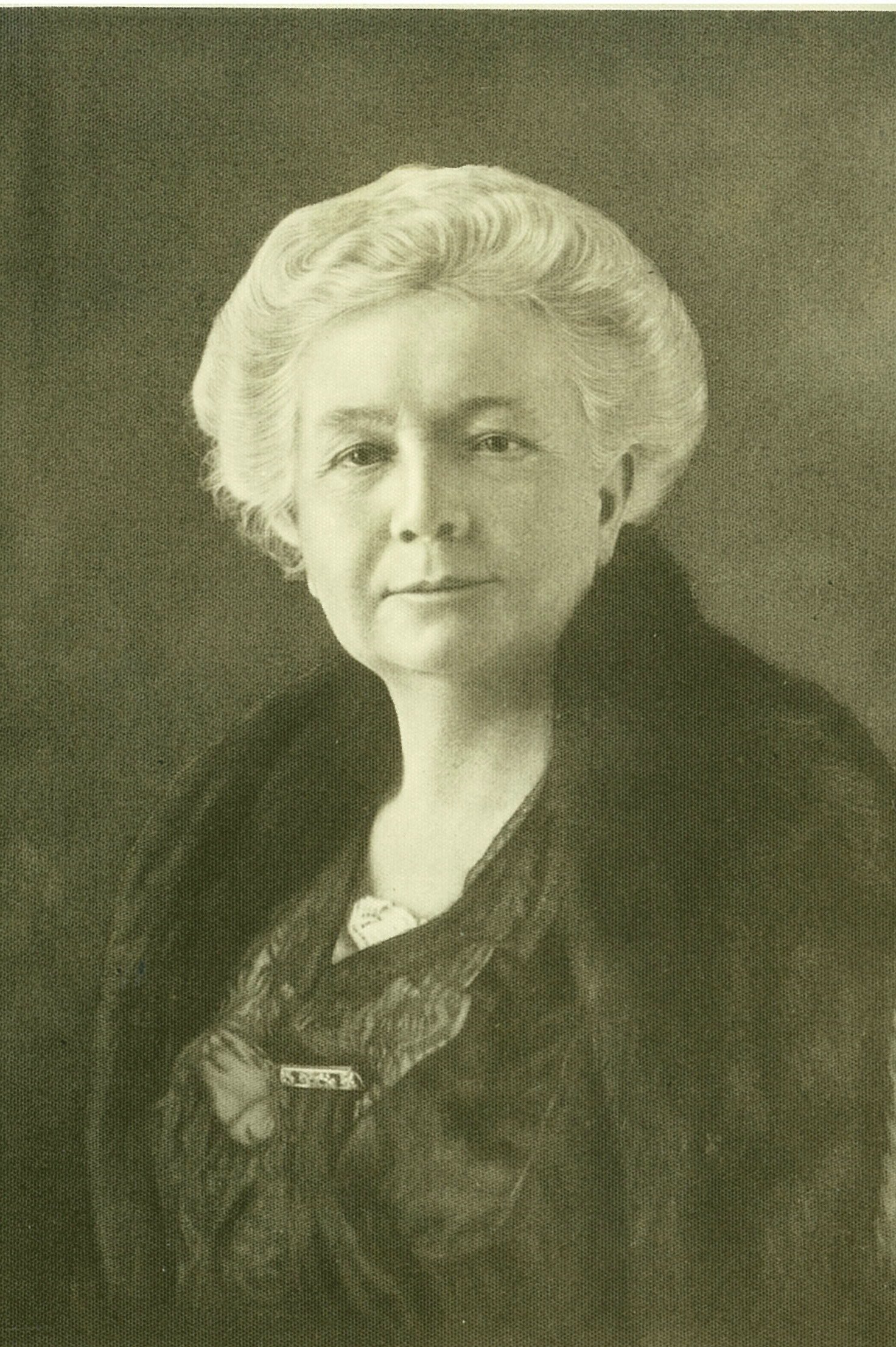 Although it was her husband who invented the carpet-sweeping machine in 1876 and founded Bissell, Anna Bissell became the CEO of the company in 1889, making her the first female CEO in America. After her husband's death, Anna was the one who took the sweepers to the next level with aggressive marketing. She traveled around the country selling sweepers and making deals with major retailers to carry the Bissell brand. Eventually, she took the brand international. She was also one of the first company heads to give workers pension plans and workers' compensation. Check out 16 things you never knew were invented by women. 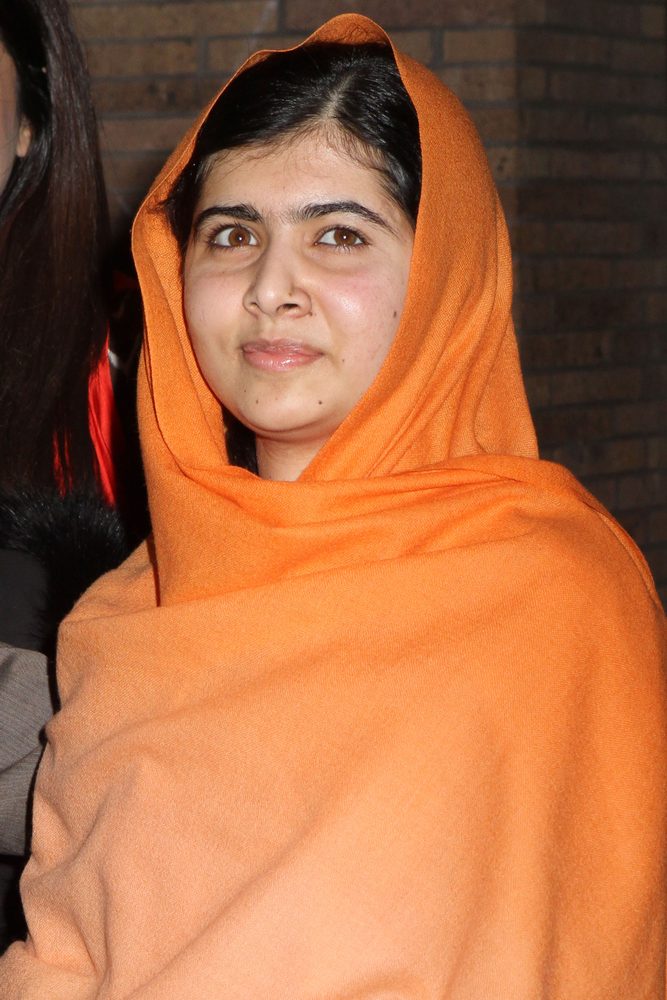 Proving you can never be too young to stand up for what's right, this Pakistani girl started to take on the Taliban at 11. When the group began seizing power in her hometown and attacking girls' schools, she, then a student at the school her father founded, gave a speech defending her and all women's right to an education. She used a fake name to blog for the BBC in 2009, talking about living under the Taliban's oppressive thumb. She continued to speak out even after her cover was blown and the terrorists issued a death threat. In 2012, the 15-year-old was on her way home from school when a masked gunman boarded the bus and shot her in the head. She survived, and after a medically induced coma and multiple surgeries, she returned to school in England, addressed the United Nations, published her first book I Am Malala, and established the Malala Fund a year later. In 2014, she became the youngest person to win the Nobel Peace Prize. Don't miss these 13 gripping memoirs by women who overcame the impossible. Sure, she was not the first female Supreme Court Justice—that would be Sandra Day O'Connor—but Ruth Bader Ginsburg was the second. Before taking the bench in 1993, she was a judge of the U.S. Court of Appeals for the District of Columbia Circuit. The Notorious RBG has been a strong liberal voice and a major advocate for gender equality and women's rights through her work with the ACLU. She was a volunteer lawyer for them and launched the ACLU's Women's Rights Project. She was the first SCOTUS justice to officiate a same-sex marriage and is in the Women's National Hall of Fame. Oh, and did we mention she can still plank with the best of them in her mid-80s? According to the biography RBG, the two-time cancer survivor works with a personal trainer and swears by a circuit training workout inspired by the Royal Canadian Air Force. These are 11 of our favorite quotes from female U.S. Supreme Court Justices. 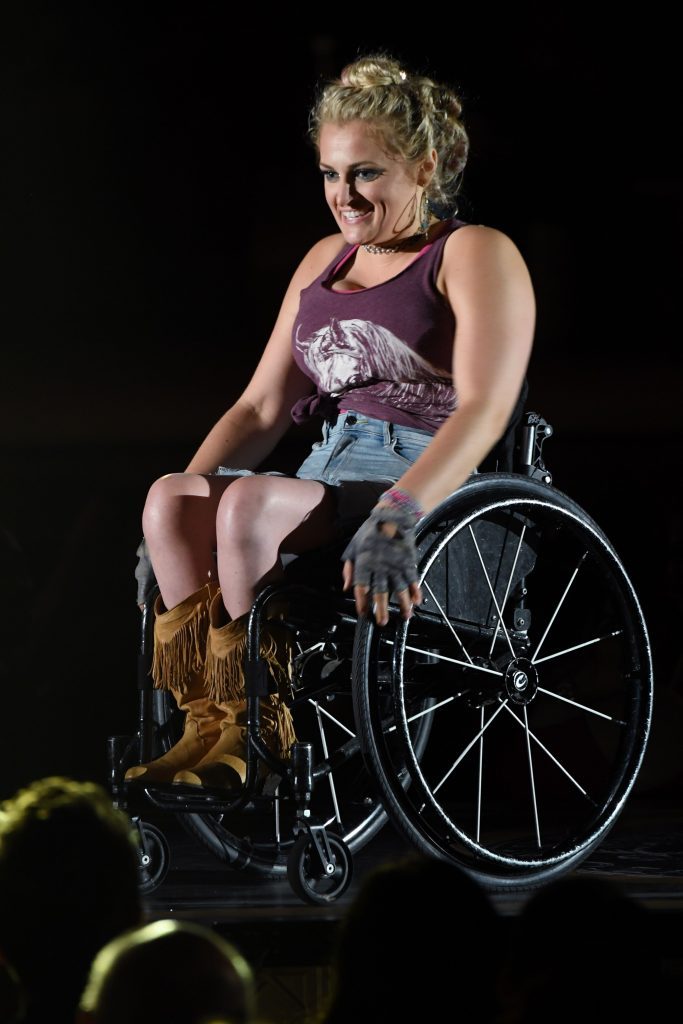 Ali Stroker took the theater world—and, indeed, the very Internet—by storm when, on June 9, 2019, she became the first performer in a wheelchair to take home a Tony Award. After becoming the first actor in a wheelchair in Broadway history in 2015, she won the award for her powerhouse performance in the revival of Oklahoma! She memorably dedicated her acceptance speech to "every kid...who has a disability, a limitation, a challenge, who has been waiting to seem themselves represented in this arena." These are some things women weren't allowed to do 100 years ago. 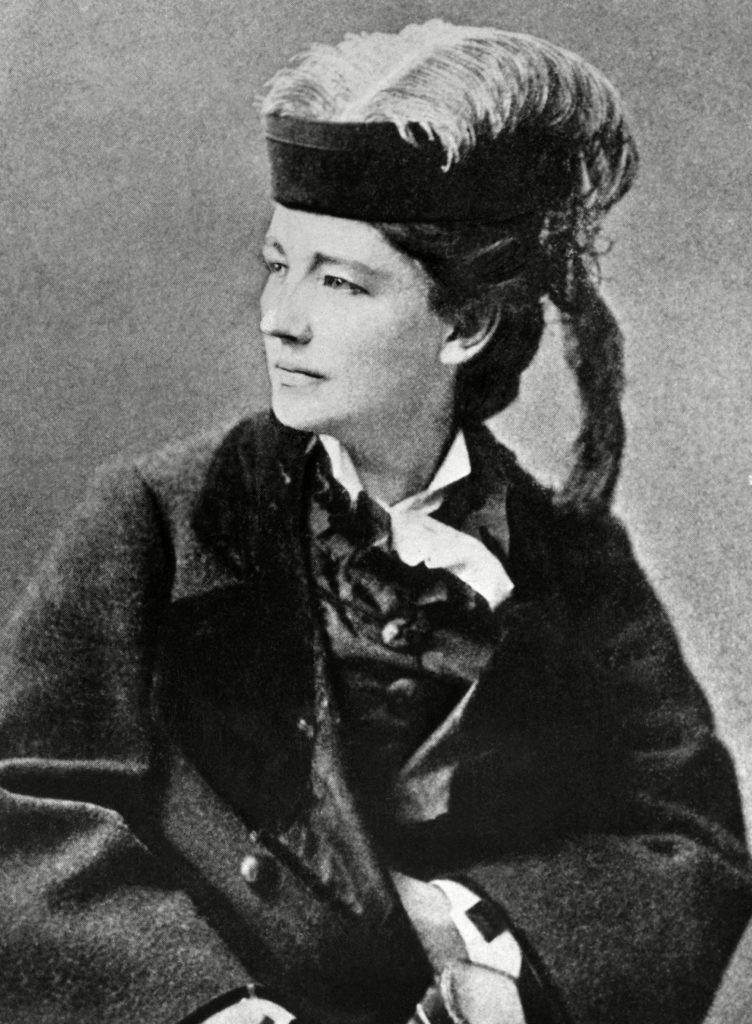 Hillary Clinton may have been the first woman to be chosen as a presidential candidate for a major party, but the way was paved by several other women who changed the world by running for President of the United States. The first of these was Victoria Woodhull, who started a bid for the presidency in 1872, writing to the New York Herald, "I...claim the right to speak for the unenfranchised women of the country." It wouldn't be another nearly 50 years until women gained the right to vote, and, at 31, Woodhull was technically too young to even be president. And yet, championing policies such as wage fairness and advocacy of civil rights, the Equal Rights Party chose her as their presidential candidate—and though she didn't end up appearing on the ballot, her historical impact can still be felt today. 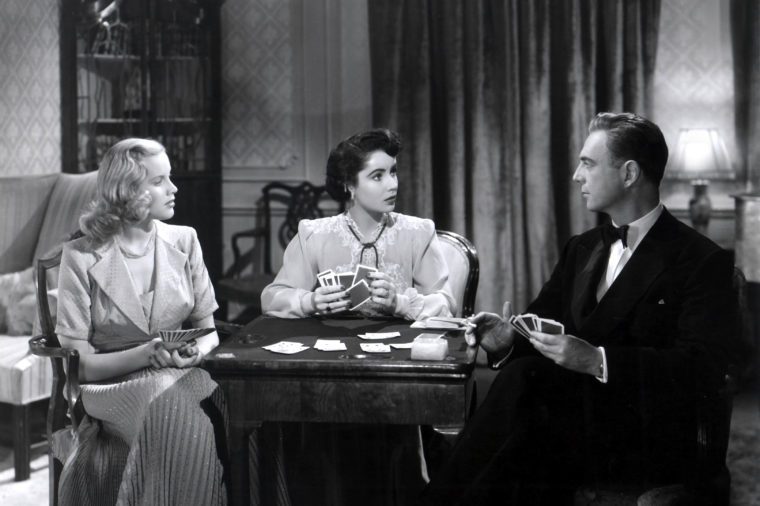 According to Smithsonian, becoming a doctor didn't even cross Elizabeth Blackwell's mind throughout her youth. It wasn't until a deathly ill female friend told Blackwell that her treatment would have been far less miserable if her doctor had been a woman. That spurred Blackwell to try to change things herself—and she did, making her one of the most famous women who changed the world. She gained admittance to New York's Geneva Medical College and was first in her class when, in 1849, she graduated and became the first woman in America to receive a medical degree. She went on to help found the New York Infirmary for Women and Children and eventually became a professor at the London School of Medicine for Women. 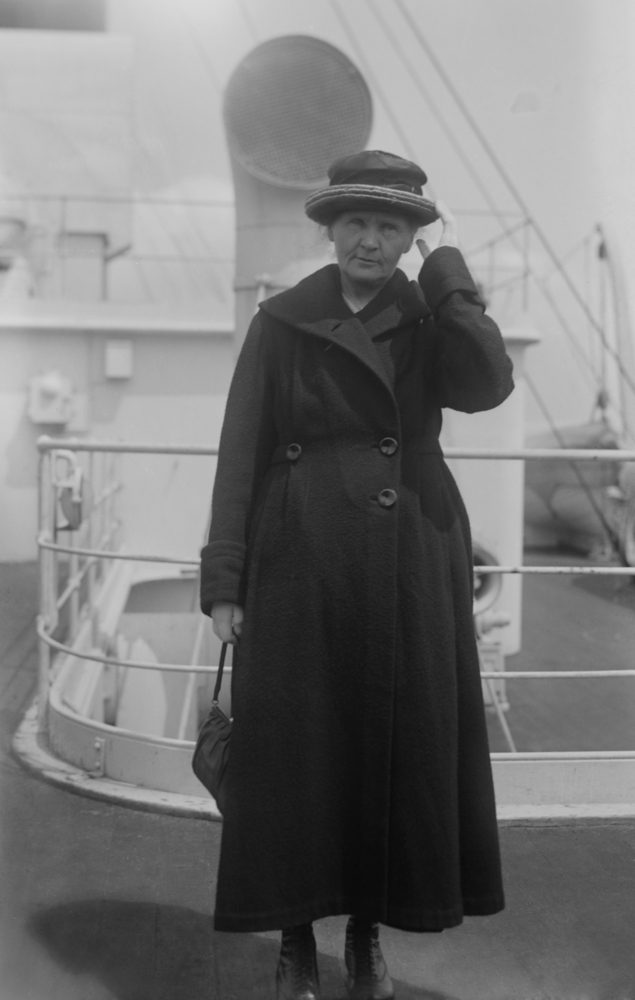 Working alongside her husband Pierre Curie (who, unlike Einstein, saw his genius wife as an equal and shared authorship with her on papers they did together), this Polish physicist's research and observations on radioactivity not only culminated in the isolation of two new heavy elements, polonium and radium, but it also earned her two Nobel prizes. Her research led to a greater understanding of how to wield radiation in medicine, forever changing diagnostic techniques and mothering modern oncology. 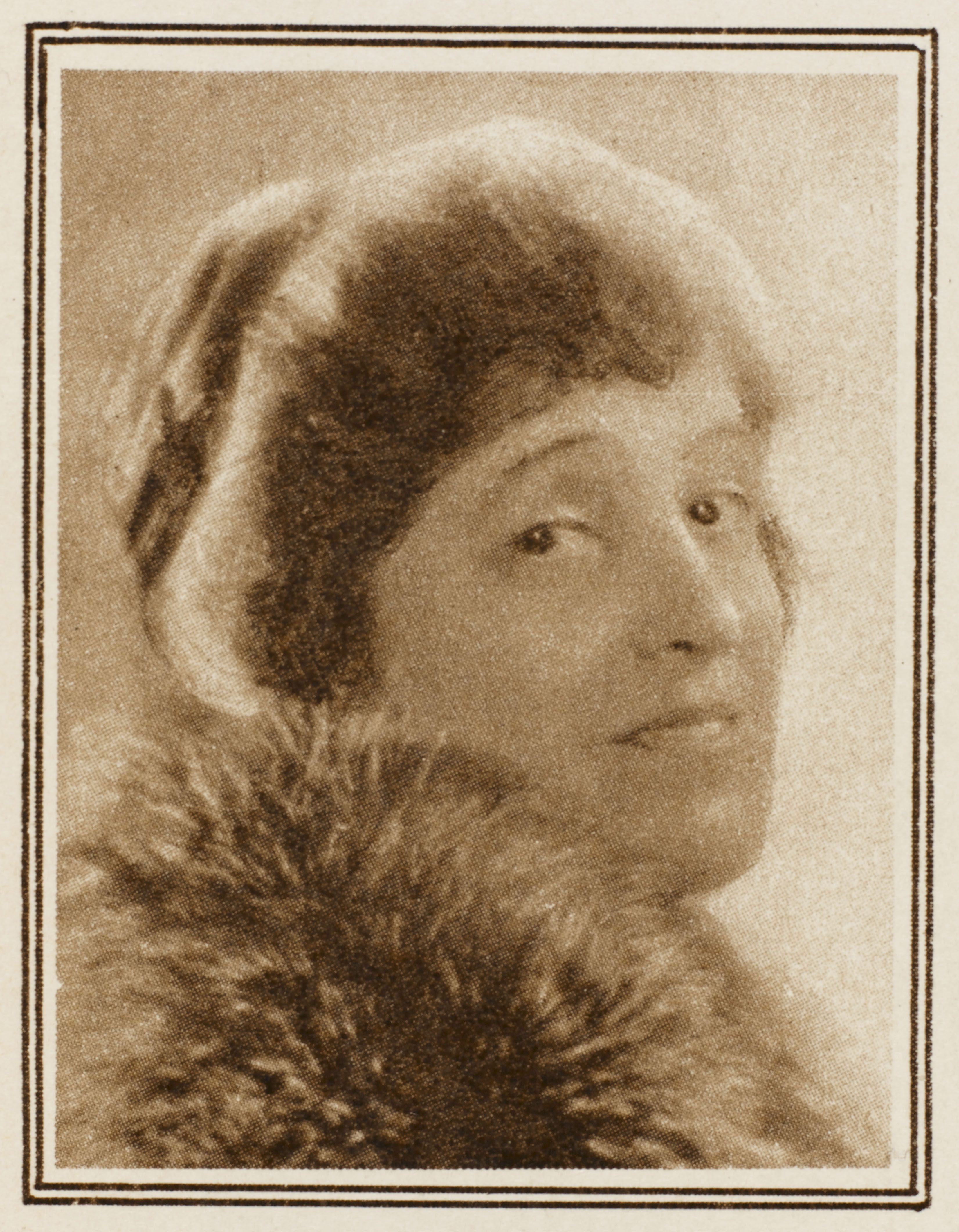 The product of East Coast high society turned novelist and short story writer became the first woman to be awarded the Pulitzer Prize for literature in 1921 for her book The Age of Innocence—despite never attending school. According to her 1937 New York Times obituary, she was also not encouraged to write as "authorship was still regarded as something between a black art and a form of manual labor" unbecoming for someone of her standing. But nevertheless, she persisted, first writing on brown paper salvaged from packages and publishing her first novel in 1899. She eventually wrote 38 books, including The House of Mirth and Ethan Frome, in 75 years. She also was awarded France's Cross of the Legion of Honor for her World War I relief work, which included feeding and housing 600 Belgian refugee orphans as she was living in Paris when the fighting started. Pick up one of these great books written by female authors that everyone should read. 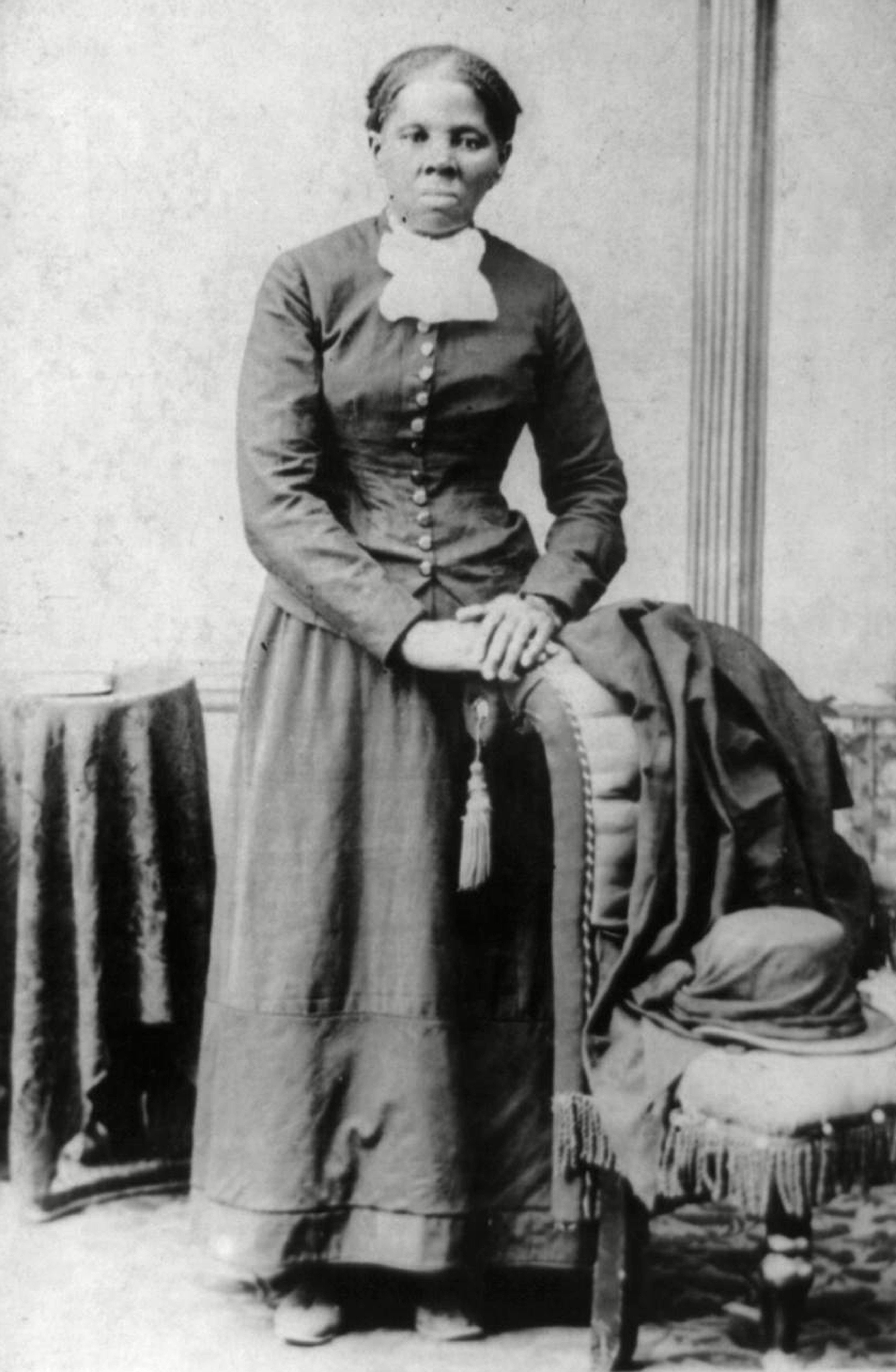 Born into slavery as Araminta Ross in Maryland, Tubman escaped servitude and brutal beatings in 1859 but was forced to leave her free husband, siblings, and parents behind. She returned for them and hundreds of other slaves in the South, despite a reward being issued for her capture, as the most famous "conductor" on the Underground Railroad in the 1850s. She partnered with John Brown in 1858 to plan his raid on Harpers Ferry. She also worked as a scout, spy, and nurse for the Union during the Civil War. She supported herself over that three-year period by selling pies, gingerbread, and root beer as the Union only paid her $200. After the war, she continued to help by converting her property into the Home for Indigent and Aged Negroes, which was financed by giving speeches and selling her biography.