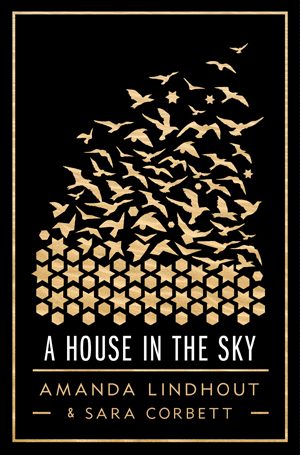 Contemplating Christmas when you are isolated and far from home brings its own unique pain. Five years ago, late in 2008, I was a hostage in Somalia, confined to a room in a dirty concrete house somewhere outside of Mogadishu, the country’s capital city. Accompanied by an Australian photographer named Nigel Brennan, I’d gone to Somalia to work as a freelance journalist, on a trip that was meant to last only ten days. On our fourth morning, traveling along a dusty road, we’d been ambushed by a group of armed men and taken prisoner.

Our captors were Islamist extremists who were demanding a ransom of $3 million from our families—an amount we both knew was impossible. Weeks passed with no progress.

Nigel and I had been separated, put into side-by-side rooms in the house, but we’d figured out that by standing at the windows in our respective rooms, we could still talk to each other. Sometimes we managed to talk for hours at a time, as our captors dozed on a porch at the front of the house, too lazy to check on us. Each day was a mix of loneliness, boredom, and fear. We had pens and notebooks and some very basic supplies. We were given bottled water and two small meals a day, usually consisting of a can of tuna and a couple of bananas. It was enough to keep us alive, but still, we were always hungry.

In early December, three and a half months after we’d been kidnapped, our captors celebrated the Muslim holiday of Eid and as a special treat gave us each a few toffees wrapped in foil. Standing at our respective windowsills, Nigel and I made a decision—something small and also big—which was to ignore our gnawing hunger and save the toffees for later, for Christmas.

Was it pessimism or pragmatism that told us we weren’t going home before then? I don’t know, but the thought of it was so stark, so totally miserable, I figured we should at least prepare. Even weeks ahead of time, I couldn’t bear the idea that I’d be apart from my family for the holiday, stuck in a hot room with nothing but a mattress, a mosquito net, a few toiletries, and two changes of clothes – and our escalating fear.

Christmas was the one time of year when my brothers surfaced at home, when my parents and grandparents congregated to eat my mother’s roast turkey. As the day came closer, as it seemed certain that there was to be no change in the stalemate between our captors and our families, Nigel and I started to plan. We agreed to exchange gifts and write stories for each other—the stories of the best Christmases we’d ever spent, recorded in exacting, drawn-out detail, especially the parts about food.

I worked hard on my story, pulling up long-past memories and writing them down. For Nigel’s gift, I took an hourglass-shaped white plastic bottle of cough syrup that I’d been given by our captors and painstakingly converted it into a little doll. I drew a smiling face on the top part of it and then took one of the black socks I’d been wearing and fashioned it into a tiny, tailored sweater, complete with sleeves, using Nigel’s beard trimmers—which he’d left at my request on the window ledge in the bathroom we shared—to do the cutting. I sliced up a Q-tip stick to serve as my needle and unwound strands of dental floss for thread. I embroidered three words—”My Little Buddy”—on the front of the doll’s sweater.

I then made Nigel a Christmas card, containing a pumped-up sort of advertisement for his new toy. “Never feel alone again: Little Buddy is Here!” Finally, I took out a blank sheet of paper and drew striped candy canes all over it, tucking Nigel’s gift inside like it was wrapping paper, securing the whole thing with more dental floss. I then made him a stocking, using more paper, stitched together with more floss, and stuck the three toffees inside.

On Christmas morning, I snuck down the hallway to the bathroom and left everything on the ledge there—the gift, the stocking, and even the full notebook containing my story. Then I knocked on the wall to tell Nigel to go get it. A while later, he knocked again, instructing me to go retrieve some things he’d left for me, a wrapped gift and a decorated paper stocking with his toffees in it.

We spent the morning singing carols—”Hark the Herald Angels Sing” and “Joy to the World.” We sucked our toffees down slowly, one after the other, until each became like a grain of salt on the tongue.

We read each other’s Christmas stories in a sweet kind of silence. My story came from the year I was nine years old, when my mother woke me up with surprise airline tickets and a pass to Disney World, leaving just two days after the holiday. Nigel’s story was about the Christmas when he and his siblings bought airplane tickets for their parents to go to Ireland.

At our windows, we asked each other follow-up questions, to drag the stories out. I loved Nigel in that moment, on that day, more than I’d ever loved anyone. We sang “Little Drummer Boy,” and each of us throaty with emotion, we sang “Silent Night.” Finally, standing at his sill, Nigel opened his little buddy with an amused gasp, and then I was allowed to open my stocking. He’d used red ballpoint ink to color two full notebook pages. He’d torn them into matching sock-shaped sides, and then sewn them together with dental floss, adding a strip of a Wet One to the top, as a stand in for white fur trim.

Inside the stocking was a delicate-looking bracelet, made from a chain of saved-up pop-tops from his old tuna cans, carefully and intricately strung together with threads and accessorized by colorful little tassels he’d pulled from the edges of a cloth, tying one to each link in the chain. It was clear he’d spent days putting it all together, using his fingertips to make knots the size of poppy seeds. It was done with care, made with exactly what he had. It looked almost like something you’d find beneath glass at an art gallery. It was pretty and hopeful. It was, in that moment, more beautiful than anything I’d ever received.

Amanda Lindhout and Nigel Brennan remained prisoners in Somalia for another 11 months, released on November 25, 2009, after 460 days as hostages. This essay is adapted from Lindhout’s memoir, cowritten with Sara Corbett, A House in the Sky. Copyright ©2013 by Amanda Lindhout and Sara Corbett. Adapted with permission by Scribner, a Division of Simon & Schuster.

After a Skewer Impaled This Young Boy in the Face, Doctors Didn’t Know How He Was Still Alive