The Scoop: Why Lincoln Grew a Beard

People are buzzing about Steven Spielberg’s “Lincoln.” Did his latest cinematic creation capture the essence of 1865? Was Daniel Day-Lewis a 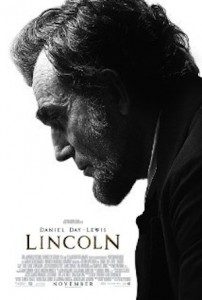 People are buzzing about Steven Spielberg’s “Lincoln.” Did his latest cinematic creation capture the essence of 1865? Was Daniel Day-Lewis a convincing Honest Abe, beard and all?

Regardless, one thing the biographical flick left out is the story behind Honest Abe’s chin shrub. According to a Mental Floss article, 11-year-old Grace Bedell of Chautauqua County in western New York wrote Lincoln a letter in 1860 while he was still campaigning to be the nation’s 16th president, and offered him some advice. “I have got [four] brothers and part of them will vote for you any way and if you let your whiskers grow I will try and get the rest of them to vote for you. You would look a great deal better for your face is so thin. All the ladies like whiskers and they would tease their husbands to vote for you and then you would be president.”

Lincoln was soon elected president and on his inaugural train ride from Illinois to Washington D.C., he stopped in Grace’s hometown and asked to meet her. In her biography, Grace said Lincoln sat her down on the station platform, and with a chin full of hair, said “Gracie, look at my whiskers. I have been growing them for you.”

Skeptical? Check out these photos of Grace’s letters from The Library of Congress’ Lincoln exhibition.