Scratch the surface (literally, in the case of at least one Picasso painting) and you'll see the art world is teeming with mystery, scandal, and intrigue. 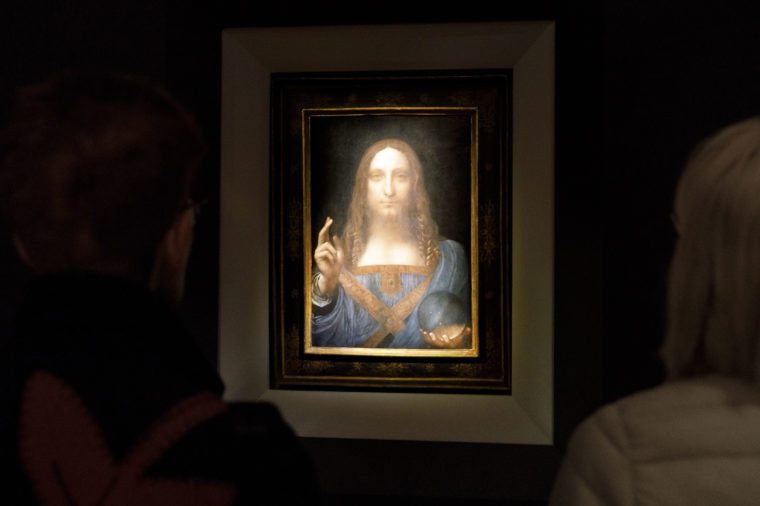 The painting, Salvator Mundi, sold at Christie's in 2017 for an eye-popping $450 million, in large part because it was attributed to Leonardo da Vinci. But some art experts, including Oxford art historian Matthew Landrus, believe that only 20 percent of the painting was completed by Leonardo himself. Citing artistic details and painting techniques evident in the brushwork, Landrus suspects the rest of the painting was done by Leonardo's assistant, Bernardino Luini. Bernardino's work has never fetched more than $654,545. Adding fuel to the fire, it's thought the da Vinci completed a mere 15 paintings in his lifetime. 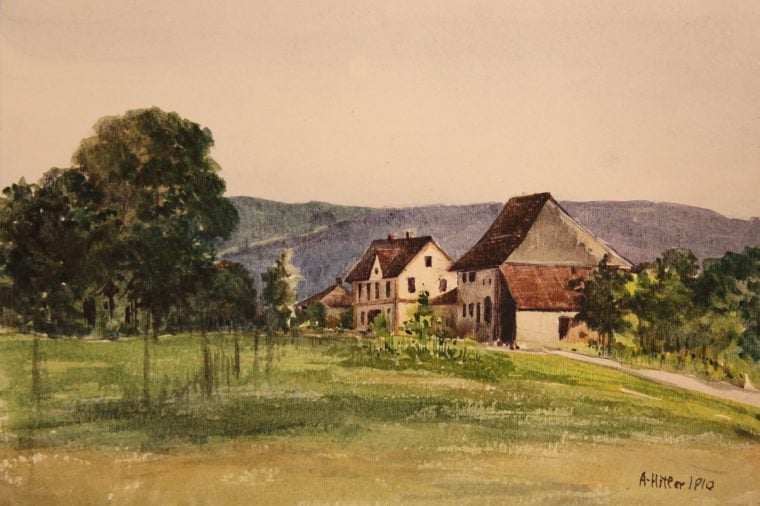 Are these watercolors really by Adolph Hitler?

Even though Adolph Hitler was rejected from art school, he did quite a bit of painting in his youth. And there are people in the world who'd pay good money (anywhere from $150 to $51,000) to acquire the artistic efforts of der Führer, art being subjective after all. But last month, German prosecutors confiscated 63 paintings signed "A. Hitler" on suspicion of forgery. The jury is out (figuratively) on their authenticity, and verification is apparently extremely challenging. 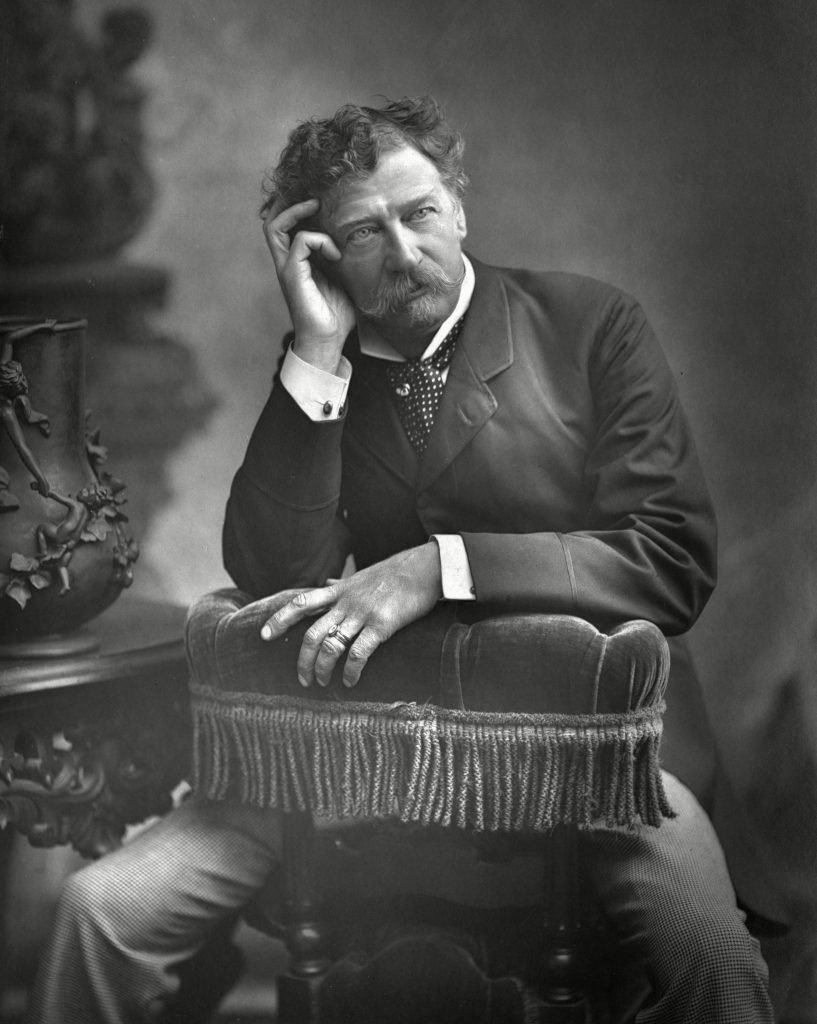 The scandalous death of Joseph Boehm

Sir Joseph Boehm was a prolific Victorian-age sculptor credited with, among other things, creating the British Victoria-head coin. In 1890, at the age of 56, Boehm died suddenly of a stroke in his studio, but he wasn't alone when he died. He was with Queen Victoria's sixth daughter, Princess Louise, a sculptor herself. Many believe his death occurred in the midst of a sexual encounter with Louise. Historians, including Lucinda Hawksley, author of Queen Victoria's Mysterious Daughter: A Biography of Princess Louise, believe Louise and Joseph had been engaged in a longtime affair. 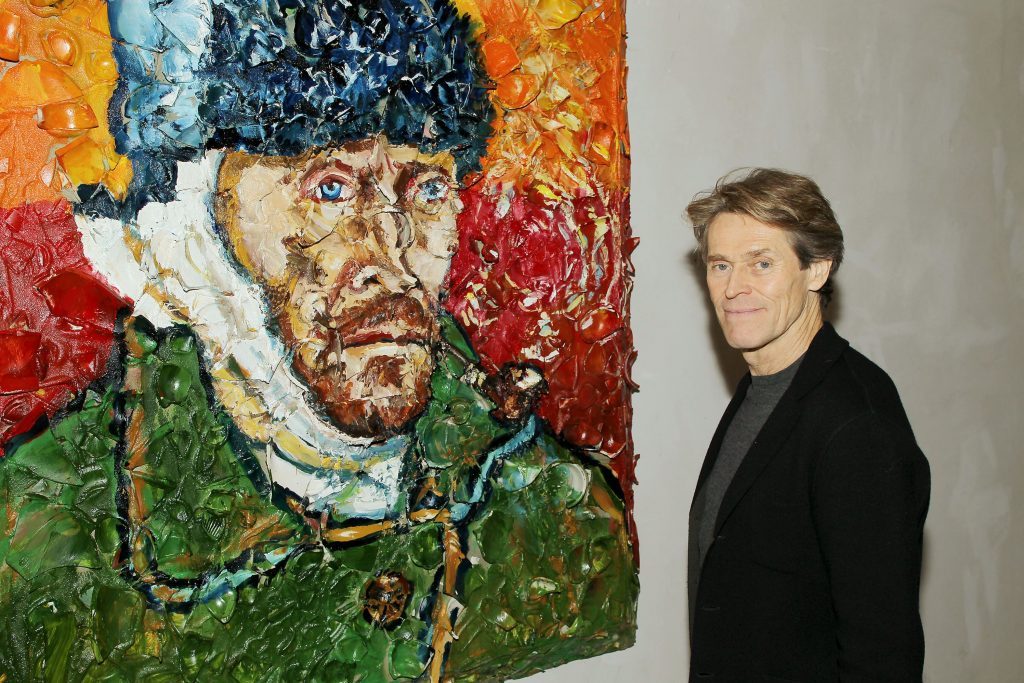 Dutch post-impressionist painter Vincent Van Gogh died at age 37 as a result of a gunshot wound at close range, and although it's long been assumed the emotionally unstable artist committed suicide, there's always been debate as to whether he was actually shot by a 16-year-old schoolboy. The movie At Eternity's Gate, starring Willem Dafoe as the tortured artist, argues that it was not suicide, but it also wasn't murder, but rather an unfortunate accident, a view put forth by others, including forensic expert, Dr. Vincent Di Maio. It's on par with these 16 strangest unsolved mysteries of all time. 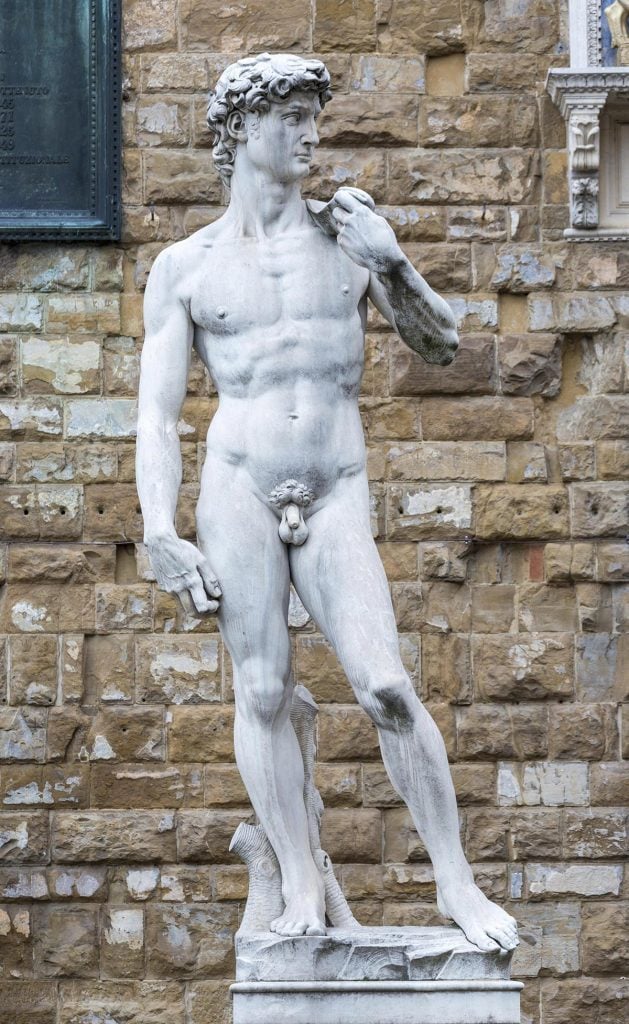 What's the David sculpture holding in his right hand?

Michelangelo Buonarroti sculpted the magnificent David with a sling in his left hand, leading to the presumption Michelangelo envisioned the biblical figure as a lefty. But some experts believe David's right hand tells the more important story: it is disproportionately oversized, which some speculate is a nod to David's having been "strong of hand." And some point to the bulging veins in the hand and surmise David is gripping something tightly, which may or may not be another weapon. 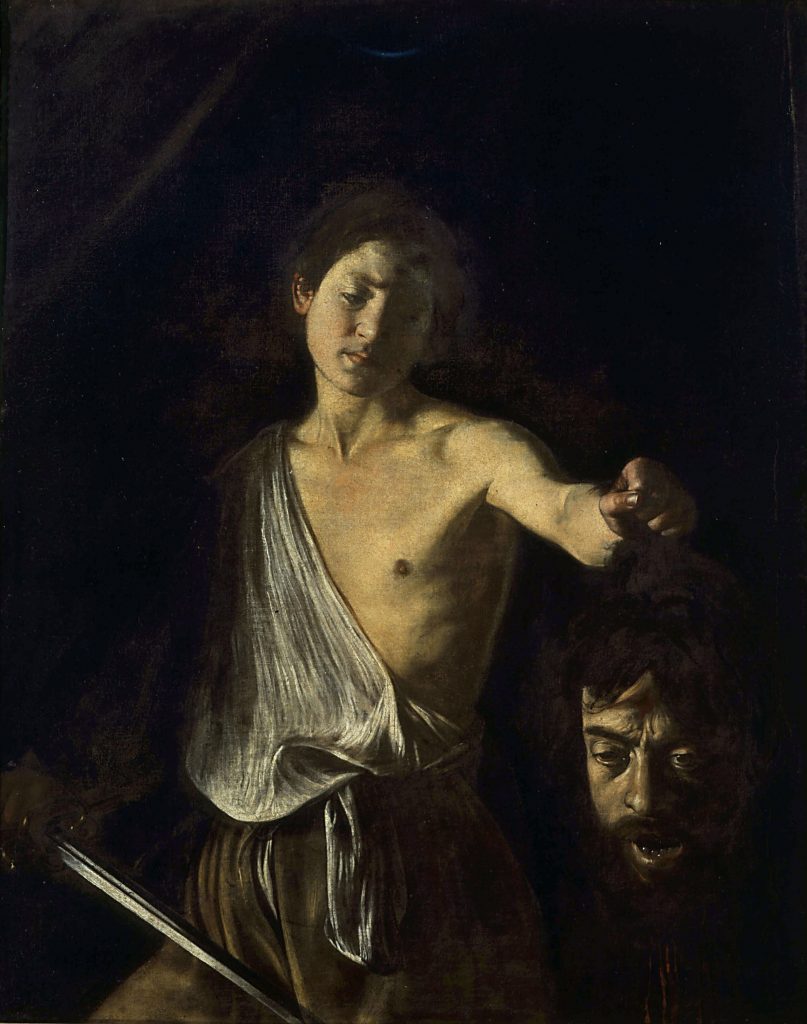 Why did Caravaggio kill?

The artist, Caravaggio, was known as a troublemaker. For starters, in 1596, he killed another man during a brawl in Rome. No one knows what led to the brawl, although possibilities include money, sports, and romantic jealousy, but what's even more mysterious is whether Caravaggio spent the rest of his life expressing his guilt through his paintings, some of which art historians believe contain thinly veiled confessions. These include his painting of the murder of St. John the Baptist and his depiction of a despondent Goliath as Caravaggio himself. He wouldn't have been the only artist to use his work as a secret message board—here are 10 hidden messages in famous paintings. 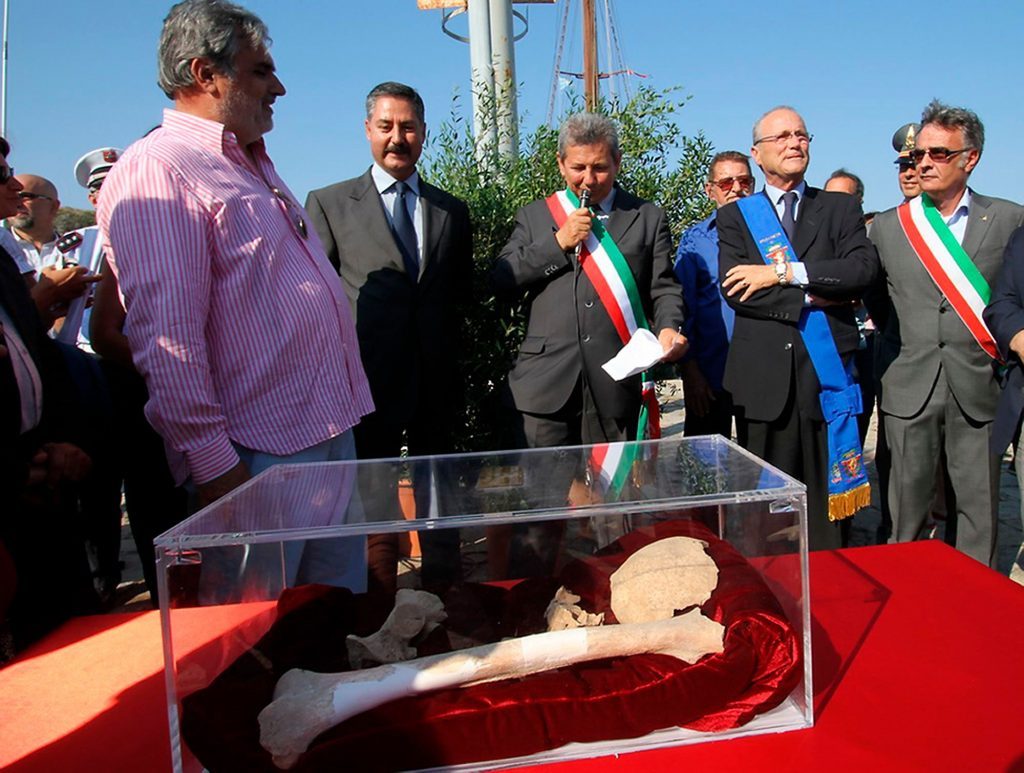 Was Caravaggio the victim of lead poisoning?

But maybe his violent tendencies weren't Caravaggio's fault exactly; maybe, just maybe, he was a victim of lead poisoning, which is known to cause changes to the nervous system. This position is supported by scientists who analyzed his bones and determined with 85 percent certainty that Caravaggio had enough lead in his system to make him behave erratically and to ultimately cause his death. If this is true, the lead most likely came from the paints Caravaggio was using, especially since he was notoriously messy with them. 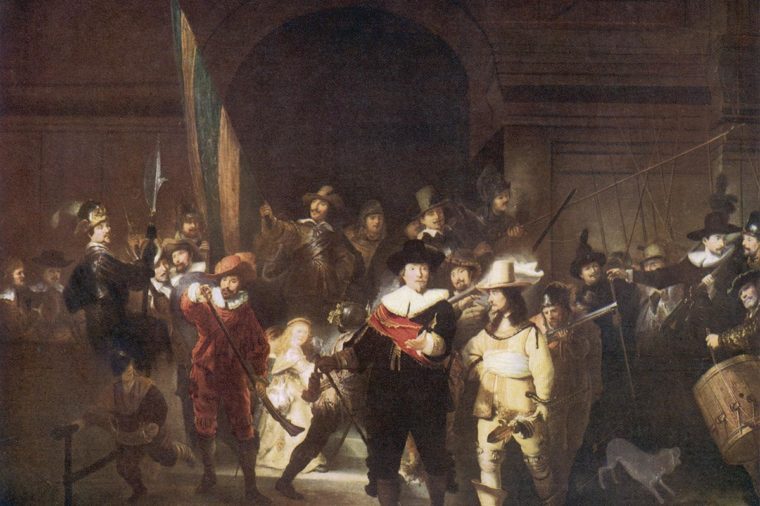 Did Rembrandt reveal a murder plot in one of his paintings?

Rembrandt's painting, The Night Watch, depicts a civilian militia rousing to action in the middle of the night. But some, including the director and artist, Peter Greenaway, believe the painting is "really an exposé of a murder—of one officer by another." It's a theory he supports with 20 points—all visual and based on the painting—in his films, Night Watching and Rembrandt J'Accuse. Unlike this one, all 13 of these "unsolved mysteries" can actually be explained by science. 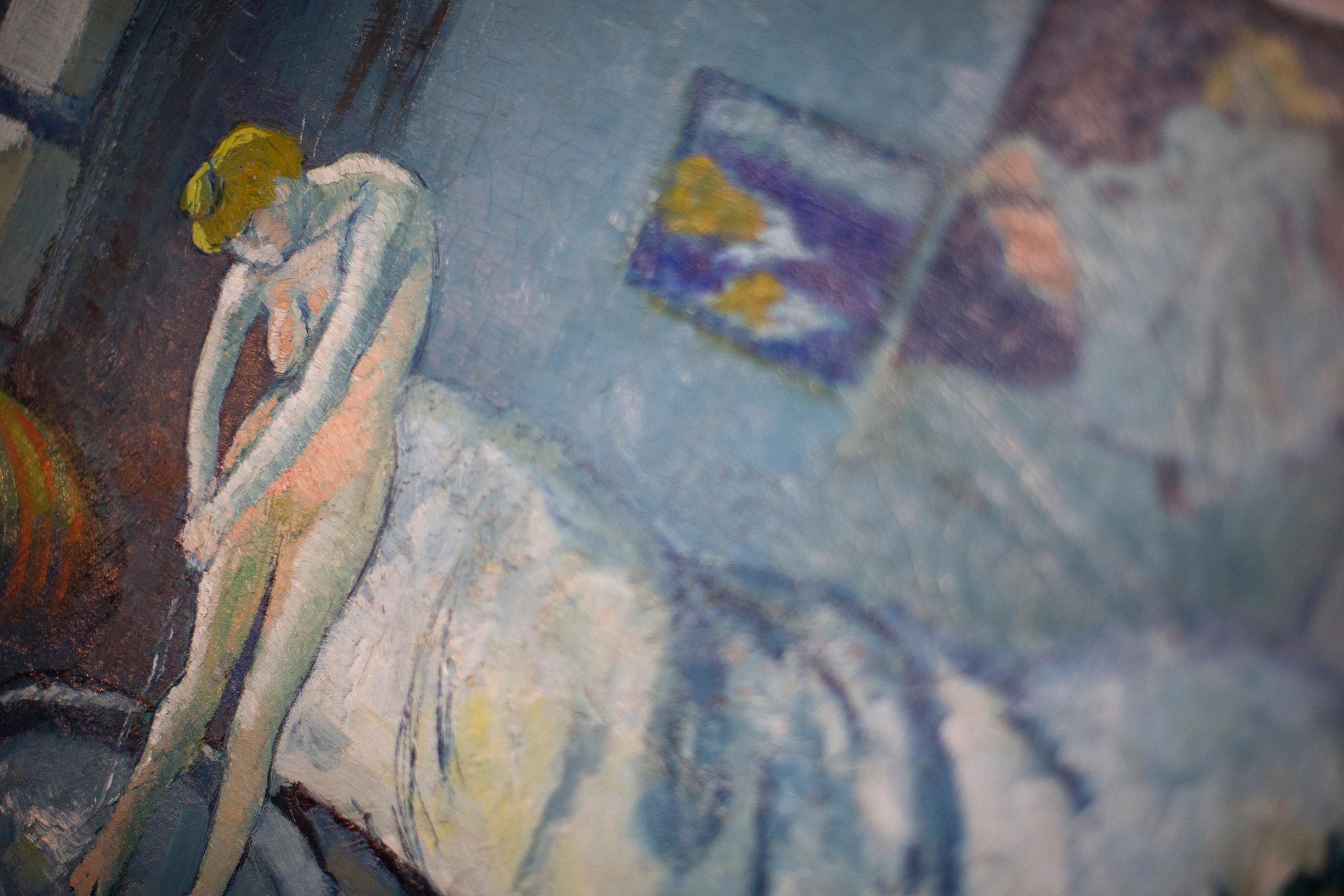 Who's the man hidden under Picasso's The Blue Room?

In 2014, scientists announced they found, hidden beneath the surface of Pablo Picasso's The Blue Room, a portrait of a man wearing a bow tie, his chin resting on his hand. It's not all that unusual for an artist to reuse a canvas, but what's mysterious is the identity of the man. Some speculate he might be the art dealer who hosted Picasso's first show in 1901 (Ambroise Vollard). What's known for sure is that it is not a self-portrait. 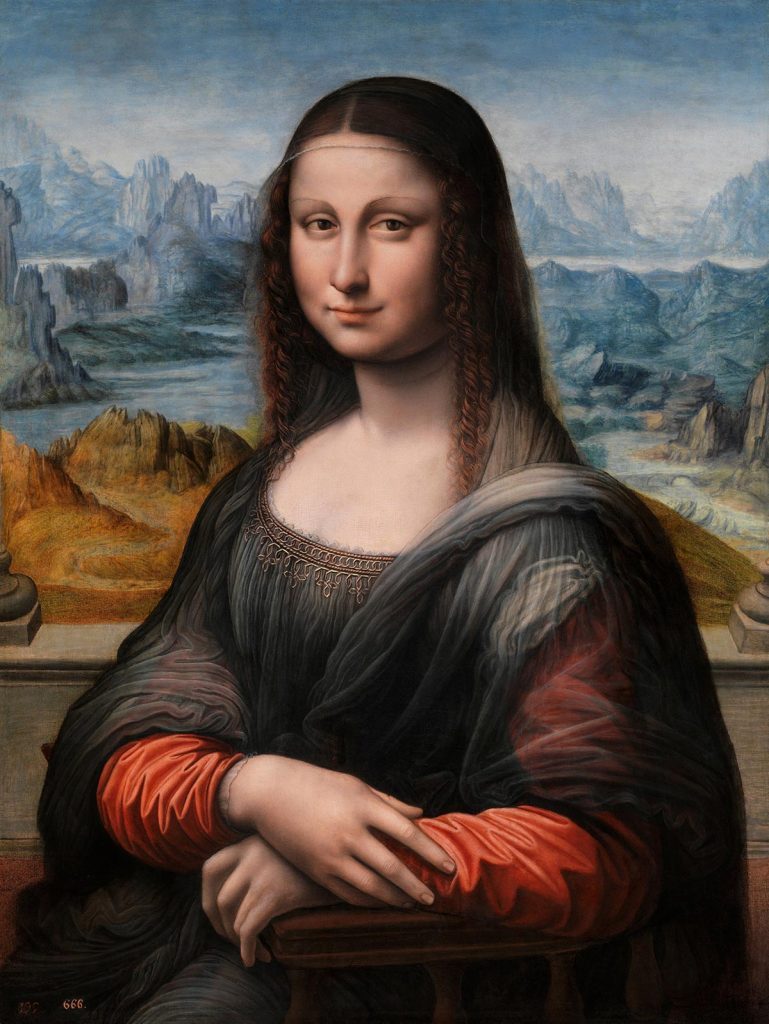 Is there another woman hidden beneath the Mona Lisa?

In 2017, French scientist Pascal Cotte revealed he'd discovered the hidden image of a woman beneath the surface of Leonardo da Vinci's Mona Lisa. It had taken him more than a decade of examination and analysis and has led to speculation about who the woman might be. Cotte has said it's another woman from Florence, Pacifica Brandano. But not only is the jury out on that, not all experts even agree there's actually a different woman depicted. Some believe what Cotte discovered is nothing more than a painter's "first draft" of the finished product.