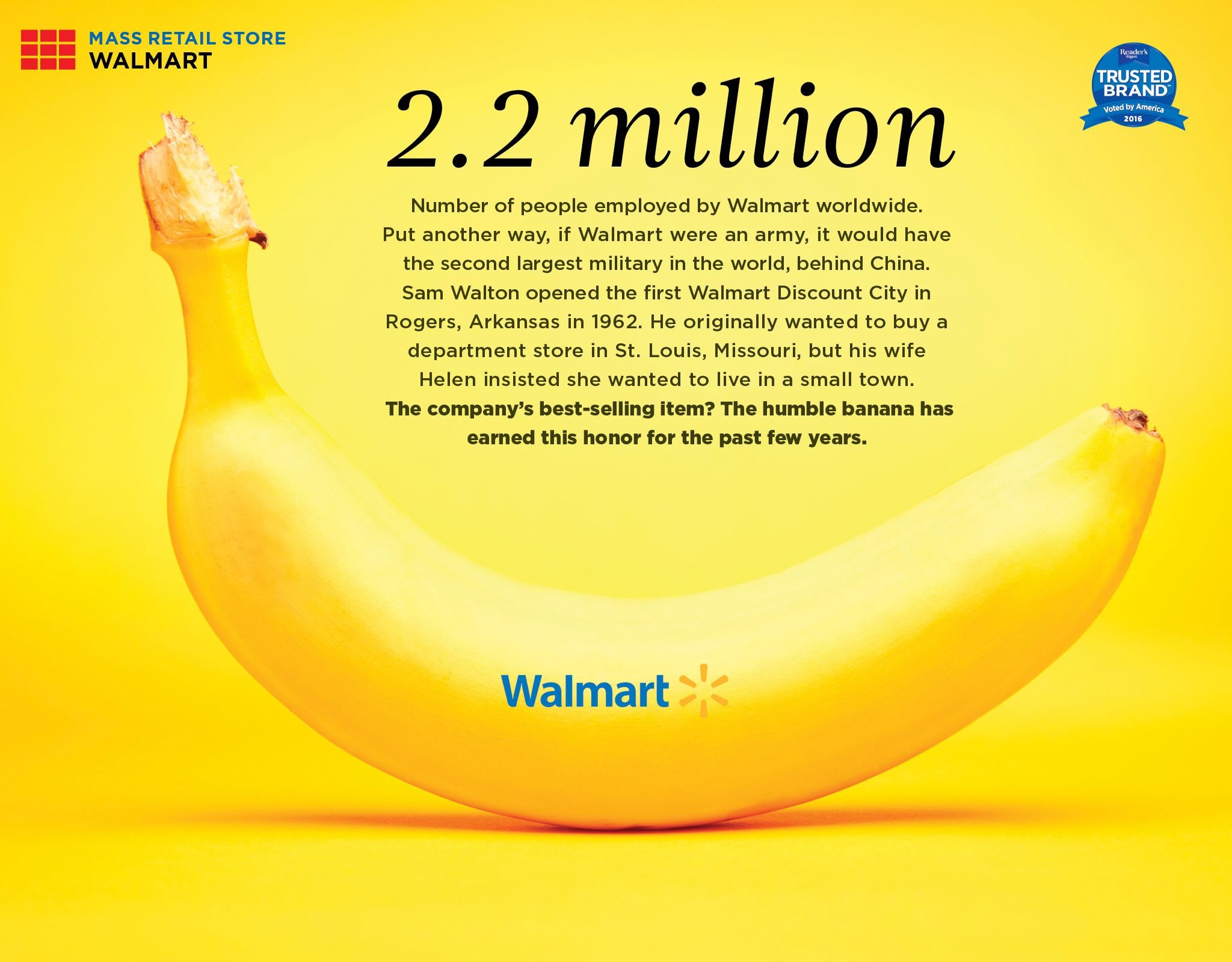 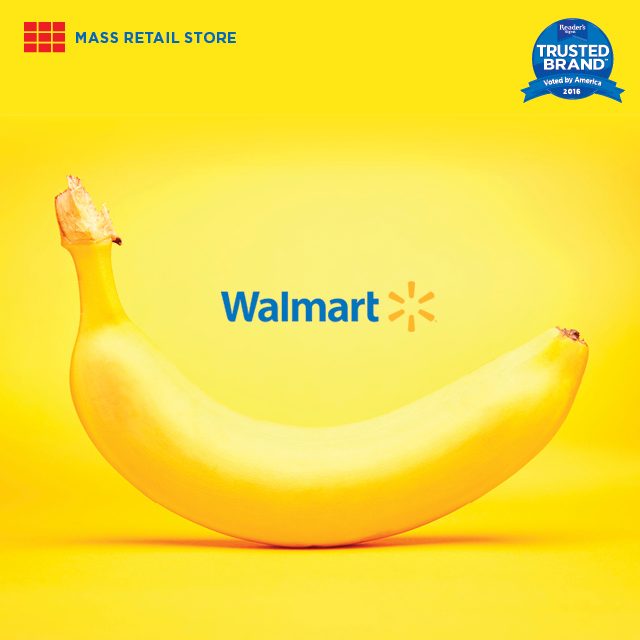 2.2 million: Number of people employed by Walmart worldwide. Put another way, if Walmart were an army, it would have the second largest military in the world, behind China. Sam Walton opened the first Walmart Discount City in Rogers, Arkansas in 1962. He originally wanted to buy a department store in St. Louis, Missouri, but his wife Helen insisted she wanted to live in a small town. The company’s best-selling item? The humble banana has earned this honor for the past few years.