Humans aren't the only ones who should buckle up. Here's why.

Chances are, you buckle up when you’re on the road but think nothing of leaving your dog untethered. If so, join the crowd—84 percent of pet owners don’t restrain their dogs on car trips, according to a survey done by the AAA along with Kurgo, a pet company, in 2011. Even if you’ve got the chillest dog on the planet and see no reason to confine her (as 42 percent of survey respondents believed) or you’re just going on a quick drive, the short answer for “does your dog need a seat belt” is: Yes they do, says Lindsey A. Wolko, founder of the Center for Pet Safety (CPS), a nonprofit research and consumer advocacy organization.

Why does your dog need a seat belt?

When dogs are restrained or contained in the car, they can’t distract the driver as much, Wolko explains. That’s a biggie: Every day, nine people are killed and 1,000 more injured because they were distracted while driving, according to the U.S. Centers for Disease Control and Prevention. And while cell phones are the biggest attention-grabbers, a pet can mess with your focus too. In fact, roughly two-thirds of dog owners admitted to being distracted by their pup in the car, according to the Kurgo/AAA survey. Another danger: A free-roaming dog can turn into a deadly projectile during a crash or sudden stop. A ten-pound dog, for instance, exerts 500 pounds of force during a 50-mile-per-hour collision while a 60-pound dog becomes a 2,700-pound projectile at 35 miles per hour. Truth be told, dog owners make many mistakes when it comes to their fur babies!

Does your dog need a seat belt in your state? Contact your state legislature or Google “pet restraint laws” and the name of your state to find out. So far, only three have laws that specifically require dogs to buckle up in the car—Rhode Island, Hawaii, and New Jersey—but others forbid pets from riding in the back of pick-up trucks or on a driver’s lap. Even if there’s no law on the books where you live, you can still get a ticket for distracted driving if your pup isn’t restrained and a cop pulls you over, says Wolko. And while you’re researching these legal matters, find out what else you’re doing in your car that you shouldn’t.

How do dog seat belts work?

Dog seat belts are really harnesses—a padded vest that goes over your pup’s head, cinches at the chest, and then gets clipped to the seat belt. A good harness lets your dog lie down and sit up while preventing her from moving side to side, says Wolko. That’s key—the more secure your dog is, the less likely she’ll fly into something when you slam the brakes. If your dog can wiggle out of the harness, it’s a sign that it’s too big or designed poorly, Wolko notes.

You can also safely contain a pup in a crate or a carrier. When picking one out, think snug, not roomy. To get the correct size, measure your dog from the tip of his nose to the base of his tail and add six inches, recommends Wolko. That will give your pooch space to lie down but prevent him from slamming into a hard-sided crate in case of an accident. “I think it’s also important for pet owners to understand that the majority of crates on the market are not what we call crash protection crates,” Wolko says. “These products can fracture if they’re plastic or fall apart if they’re metal. So, they’re not as strong as you think they are.”

The CPS has been conducting tests on harnesses, crates, and carriers for several years—and only a few have passed its stringent crash-protection standards so far. If you want to buy a CPS-certified harness, opt for Sleepypod’s Sport or Terrain models or the Rocketeer Pack by ZuGoPet, which is made for smaller dogs and props them up as if they were in a car seat. Only one crate passed muster—the Gunner Kennel. For carriers, all of Sleepypod’s soft-sided carriers made the grade, as did the Gen7 Commuter by Gen7Pets. And yes, they are all pricey—but your pup is precious cargo, too.

You may have to acclimate your formerly free-range pup to her harness, crate, or carrier. Go slowly, suggests Wolko. “Start with five-minute trips, and then expand to ten- and 15-minute rides, and just keep going. Eventually the dog will settle down and get used to it,” she says. During the outing, give her plenty of praise and a treat after you make the practice runs. If your dog is unhappy with the arrangement, you’ll know. These signs make it easy to tell if your dog is happy.

Safest place for dogs in the car

“First thing’s first: Dogs do not belong in the front seat, and they do not belong on your lap. Period, end of sentence,” says Wolko. The safest place for dogs in a carrier or harness is in the back seat. Just as that airbag could harm a child in an accident, your dog is also at risk. If you’ve got an SUV with three rows, your kids should go in the second row and the pooch in the third. If your pup is in a crate, put it in the car’s cargo area—preferably on the opposite side of your child. Traveling alone with your furry family member? Buckle him up in his harness or carrier on the passenger’s side of the backseat so he can see you and feel reassured.

Keeping your pet safe on the road

You may be tempted to toss a chew toy or a plushie into the crate to keep your dog happy during a trip. Don’t. It can become a choking hazard or it can injure your pup if you crash. Your best bet is to stop every two hours or so to walk and play with your pet, recommends Wolko. Before you even hit the road, though, make sure you’ve got these 15 doggie must-haves in your car.

Things Your Dog Actually Wants from You

10 Things Your Dog Should Be Doing Every Single Day 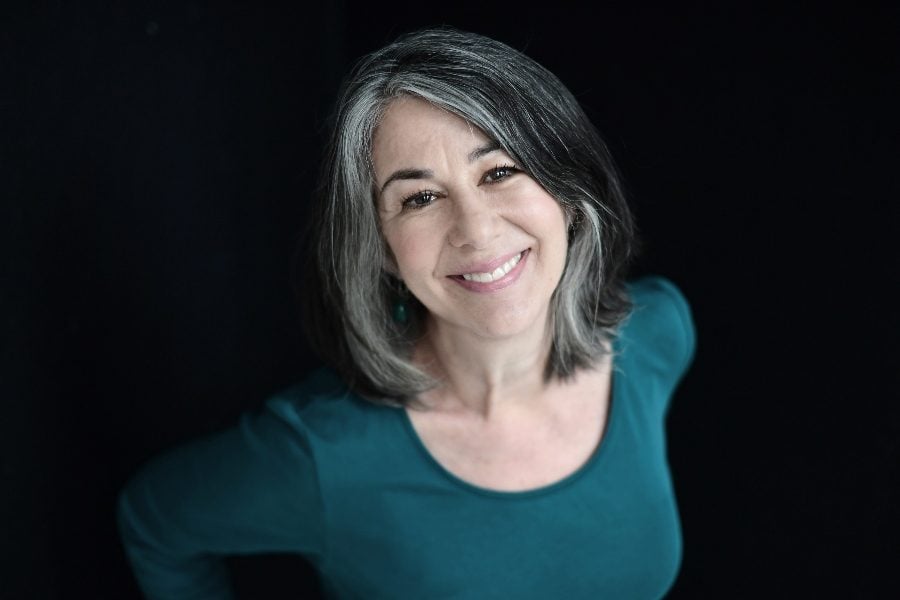 Linda Rodgers
Linda Rodgers is a contributor to RD.com's Pets section and The Healthy. Her articles have also appeared in Working Mother and Family Fun, and on HealthCentral.com, BottomLine Health, and CNN.com, among other sites. She earned her M.A. in Creative Writing at Boston University and her B.A. in political science from American University.