Emma Czornobaj faced life in prison for what she thought was an act of kindness. Here’s what the jury said.

Emma Czornobaj was driving down a busy four-lane highway  near Montreal late in the day on  June 27, 2010, when she spotted  several ducklings wandering helplessly along the concrete median. She quickly stopped her Honda Civic in the left lane, near the ducks. Witnesses claimed that, without turning on her hazard lights or closing the driver’s-side door, she jumped out  of the car and tried to catch the me­andering birds, which she planned to take home. Within a minute or so,  a truck swerved into the right lane  to avoid hitting Czornobaj’s parked vehicle. Behind that truck were two motor­cycles. Pauline Volikakis drove one, and her husband, André Roy, drove the other, with their 16-year-old daughter, Jessie Roy, riding on the back. André crashed into Czornobaj’s car. Both he and his daughter died.

“I know it was a mistake,” Czornobaj told the court. She considered the crash to be an accident and testified that she didn’t see other cars when she stopped and assumed it was “safe.” Her attorney Marc Labelle noted that André Roy was driving his motorcycle over the speed limit, which may have contributed to the collision. Even so, while Labelle described Czornobaj’s actions as “stupid,” he had a larger point: “You are in the presence here of an accident with no criminal intent.”

Prosecutor Annie Claude Chassé strongly disagreed, asking the jury, “Would a reasonable and prudent person in the same circumstances as was the accused do the same … to save some ducks?” She argued that this tragedy was no accident: Czornobaj “made choices. She made decisions. She was aware of the danger.” (These are the 11 scary driving scenarios every driver should watch out for.)

Was the driver who stopped to help some ducks and caused a fatal crash guilty of a crime? You be the judge.

Yes. The jury unanimously ruled that Emma Czornobaj was guilty of  criminal negligence and dangerous driving causing death. At her sentencing in December 2014, Justice Éliane Perreault explained, “She knowingly engaged in risk taking that she should have foreseen would put other drivers’ lives in danger.” Czornobaj was sentenced to 90 days in jail  plus three years’ probation, including 240 hours of community service. She also wouldn’t be allowed to drive for ten years. She appealed the  sentences, arguing that losing her license for that long was extreme,  especially when the Highway Safety Code requires only a three-year ban for “causing death by criminal negligence and dangerous driving.” In June 2017, seven years after the crash, the three-judge panel on the appeals court disagreed, upholding her conviction and ruling that the severe  driving ban compensated for her “exceptionally lenient” jail time given  her criminal convictions. As Chassé told reporters after the initial trial, “What we hope is that a clear message is sent to society that we do not stop on the highway for animals. It’s not worth it.” 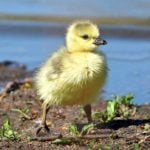 13 Super Cute Photos of Baby Birds You Need to See 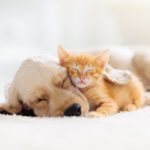 18 Happy Stories of Puppies and Kittens Fostered During Coronavirus