And yes, you can actually go there.

The Maldives is world-famous for its unbelievably picturesque beaches. A simple online image search brings up images of the clearest water in the world, cloudless skies, and… glow-in-the-dark sand? 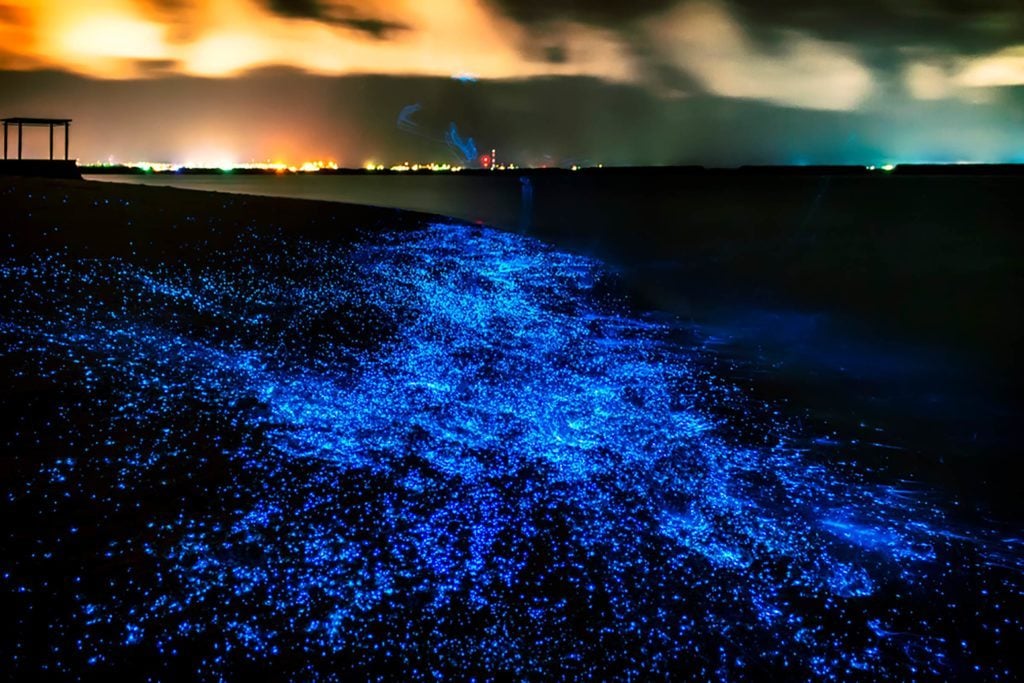 That’s right, that photo is real. No Photoshop here. Some beaches in the Maldives do light up at night, and it’s not because a visitor with no environmental conscience sprayed fluorescent paint across the sand.

The organisms responsible for this blue light are called ostracod crustaceans, also known as seed shrimp. They are generally about 1 mm long and can emit blue light for several seconds, sometimes for even a minute or longer, Cornell biology professor James Morin told HuffPost. (To compare, bioluminescent phytoplankton, another light-giving organism that lives in the water, can only shine for a moment when they collide with the beach or water.) It’s believed that these glorious, but unpredictable displays, are created from a mass mortality of ostracods—a sad but spectacular sight all the same.

If you’ve been meaning to take a trip to the Maldives, you now have another reason to book your ticket. However, if a transoceanic vacation isn’t an option, you’re in luck. These aquatic light shows also occur in Jamaica, Puerto Rico, Belgium, and San Diego (though the blue light in San Diego is caused by bioluminescent algae).

See? You don’t have to travel out of the country to experience amazing beaches. Anyone who says differently needs to check out the 12 best beaches in America.

22 Things You Should Never Do on an Airplane

18 Things You Should Never, Ever Do in a Hotel Room