The holiday falls on Sunday, September 13 this year. Read this before you rush out to buy a cheesy card.

You know that Grandparents Day, taking place the Sunday after Labor Day every year, is a holiday for celebrating your parents’ parents. You might send them a card, or give them a call. But how did the holiday come to be? Did it originate out of a sweet, sincere desire to celebrate the young at heart… or was it all a giant marketing scheme to sell more stuff?

It is, in fact, the former. When West Virginia native Marian McQuade first thought of the idea for the holiday, commercialism was the last thing on her mind. In 1956, McQuade was trying to plan a celebration for the elderly members of her community. She made the sad discovery that many of the senior citizens in the nursing home didn’t often receive visits from their families. So she set out to designate a day to honor and appreciate grandparents. Here’s a tip–always follow your grandparents’ advice, unless you’re discussing these specific topics.

Thanks to a federal proclamation signed by President Jimmy Carter, Grandparents Day became an official holiday in 1978. And it’s not actually just for grandparents. The National Grandparents Day Council says that it’s also “to give grandparents an opportunity to show love for their children’s children.” In any case, McQuade never wanted the holiday to be a money grab. Mother’s Day actually has a similar story; in fact, its founder wanted it discontinued in the 1920s after she saw how commercialized it had become.

However, McQuade’s intentions didn’t stop card companies and florists from getting excited about the prospect of a new holiday. They set out to promote it as much as possible. In fact, Hallmark predicted that, by 1983, Grandparents Day would become the sixth highest card-selling holiday. But to their dismay, it never gained a ton of steam as a commercial holiday. Today, many other holidays outrank it for card sales: Christmas, Easter, Valentine’s Day, Mother’s Day, Father’s Day, graduations, Halloween, Thanksgiving, and even St. Patrick’s Day. However, it’s definitely outpacing these totally wacky holidays.

Many families have much more meaningful ways of celebrating the holiday. Even if your grandparents live far away, that doesn’t mean you can’t celebrate with them; just take it from this long-distance grandma. Danielle Kirsch of GreatCall celebrates by trying a new activity every year with her grandmother Elsie. “This year, we’ll be painting together,” she tells Reader’s Digest. Molly Arnold’s grandmother is no longer around, yet she still finds a beautiful way to honor the holiday. Arnold is the Chief Operations Officer of the Frank and Barbara Broyles Foundation, a charity she created in memory of her grandmother, Barbara Broyles, who passed away from Alzheimer’s disease. According to Arnold, the experience “inspired [her family] to start the Broyles Foundation as a resource for caregivers, both family and professional, across the U.S.” These gifts are perfect for the grandparents in your life.

However, just because the holiday is not about the merchandise doesn’t mean you can’t exchange gifts. Spruce.com actually suggests that grandparents give their grandchildren gifts, especially gifts that “honor family traditions.” For instance, this tear-jerkingly meaningful gift from a grandpa to his granddaughter was actually a birthday gift, but we think it’s a perfect Grandparents Day idea. 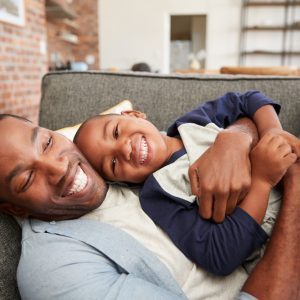 The Surprising History of Father's Day 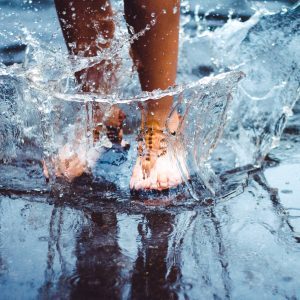 Silly Holidays Everyone Should Start Celebrating 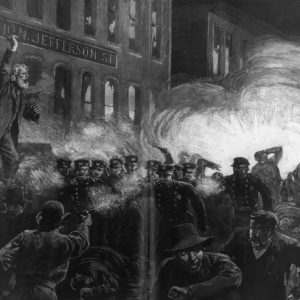 What Exactly Is May Day Anyway? 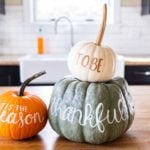 50 Reasons to Be Thankful This Thanksgiving