This Is How a GPS System Really Works

Ever wonder how your phone is getting you from point A to point B? 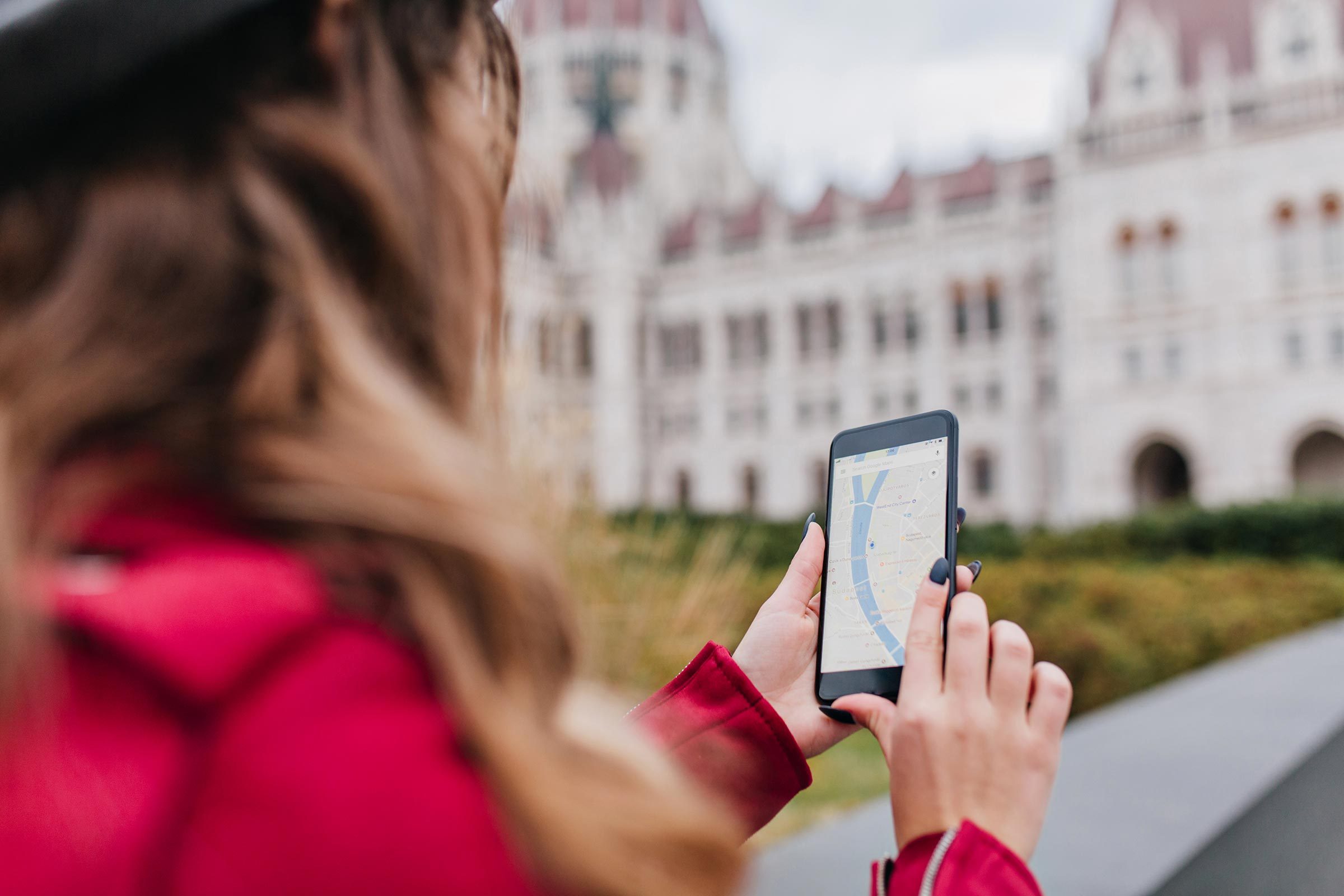 By now, most of us have forgotten what life was like when road maps were things that were folded up—or crammed inside—our car’s glove compartment. If you got lost and couldn’t figure it out, you basically had to stop at a gas station to ask for directions. Feels like the Stone Age, right?

These days all you need to do is type an address into your car or phone GPS and just like magic, turn by turn, it gets you where you want to go—on the route with the least traffic possible.

It’s become second nature to travel this way, but did you ever wonder how GPS actually works? We asked the experts to break it down.

“GPS stands for Global Positioning System, which is a network of about 30 satellites traveling in medium orbit around the Earth,” explains Herve Andrieu, Editor of Googlemaps.guru. “It was created in the late 1970s for military use and is now used by everyone.”

GPS determines your location with a process called trilateration, which involves at least three satellites that are above your location. The GPS satellites send signals at the speed of light to receivers, determining their location by computing the difference between the time the signal was sent and the time it was received, according to the FAA. “All of the satellites have atomic clocks inside them and they are all constantly broadcasting the time,” says Andrieu. “A chip in your phone, or any GPS device, is looking for those signals coming down, and as soon as it receives at least three, it is able to pinpoint where you are.”

GPS is incredibly accurate, says Mike Branch, Vice President Data & Analytics of Geotab, and scientists are working on ways to make it even more so. “GPS faces a challenge in cities due to ‘urban canyoning.’ The signal can bounce off of buildings, which is sometimes why when you’re walking your GPS says you’re a block away from where you actually are.”

How does GPS know about road closures?

“Google Maps is connected with local governments to get information about road conditions,” says Andrieu. “And they use information that they are tracking from their users. So if Google Maps sees that everyone is stopped or moving slowly or turning onto the same side road, they know that something is going on.”

The relationship in a win-win for local governments and Google Maps, says Mike Branch. Both sides of the equation benefit from users having the best road condition report possible. The app is incredible and it’s free.

“Community-based navigation app Waze collects traffic information and driving conditions reported by its users,” explains Andrieu. “Like if you see a speed trap, you just hit the button and it reports it. If Waze gets many reports, then it knows it should broadcast this information to its users.”

Waze also knows which of its users frequently give relevant and reliable information, and trusts that information more than someone who posts infrequently. Unfortunately, it can’t notify you about bad drivers around you—or whether you’re one yourself. Improve your driving by following these road etiquette tips all of us should follow.

Is all of this tracking kind of creepy?

Andrieu, an admitted super fan of Google Maps, doesn’t think so. “We are all making a choice to use these devices. If you don’t want to be tracked, turn off your phone or don’t carry it with you.”

He also notes that these navigational apps can be more helpful than must of us know. GPS and cellular service are two different things and GPS doesn’t need the network to work, he explains. “If you’re going to be in an area with bad cell service, or if you are going overseas where there will be expensive roaming rates, you can use the ‘load offline maps’ function. Download the maps of where you are going into your phone or device and it will work 100 percent of the time. You might not get the traffic report, but the map and directions will work perfectly.” Google Maps also stores where you have been on your timeline. Can’t remember that awesome restaurant you went to six months ago? Google Maps does. Whether you think that’s cool or creepy, you’ll be interested in these other amazing tricks you didn’t know Google could do.

Why You Shouldn’t Go Swimming with a Water-Resistant Phone