McDonald's operates over 36,000 restaurants in 120 countries the whole world over. But the one in Taupo, New Zealand is pretty one-of-a-kind.

Without a doubt, McDonald’s is the most well-known fast-food joint in the world. There are over 14,000 of them in the U.S. alone, and over 22,000 more across the globe.

While you’ll likely find the Mickey D’s staple dishes in every single location, many McDonald’s restaurants set themselves apart with a distinct look. One of those is the McDonald’s of Taupo, New Zealand, which comes with its very own vintage DC-3 twin-propeller aircraft. (This Arizona McDonald’s has turquoise “golden arches” for a pretty interesting reason.)

How did the bird get there? Was it part of some sort of viral marketing campaign? The answer is a bit simpler than that, owner Eileen Byrne told the Daily Mail.

“The site was previously part of a car dealership, the Aeroplane Car Company, and the owner bought a disused DC-3 plane, which sat alongside the building…And when McDonald’s purchased the site in 1990, the aeroplane came with it.” 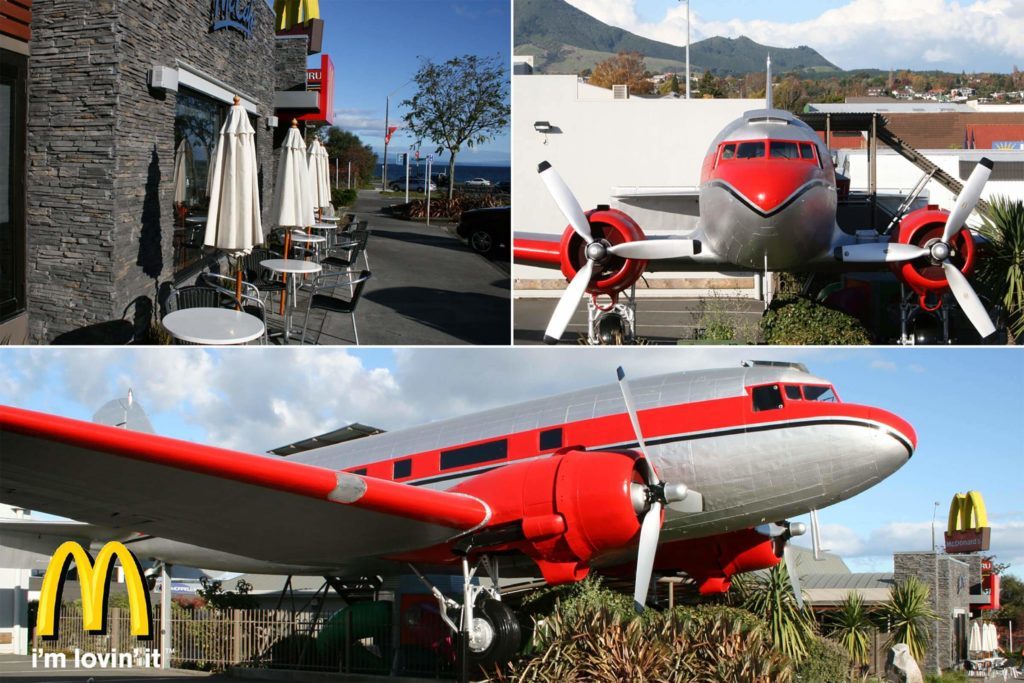 So, Mickey D’s took airplane lemons and made airplane lemonade, converting the plane’s fuselage into a 20-seat dining room. With a slick paint job to better fit the McDonald’s colors, the aircraft was ready for business. Considering the plane’s first career as a passenger plane for South Pacific Airlines from 1961 to 1966, this might just provide some relaxation to the old bolts and rivets.

Next up, McDonald’s food secrets: Find out the secret ingredient behind their addictive fries, and why Coca-Cola tastes better at McDonald’s than anywhere else. 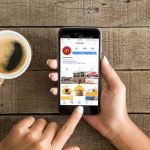