The best part: You're probably already doing them. 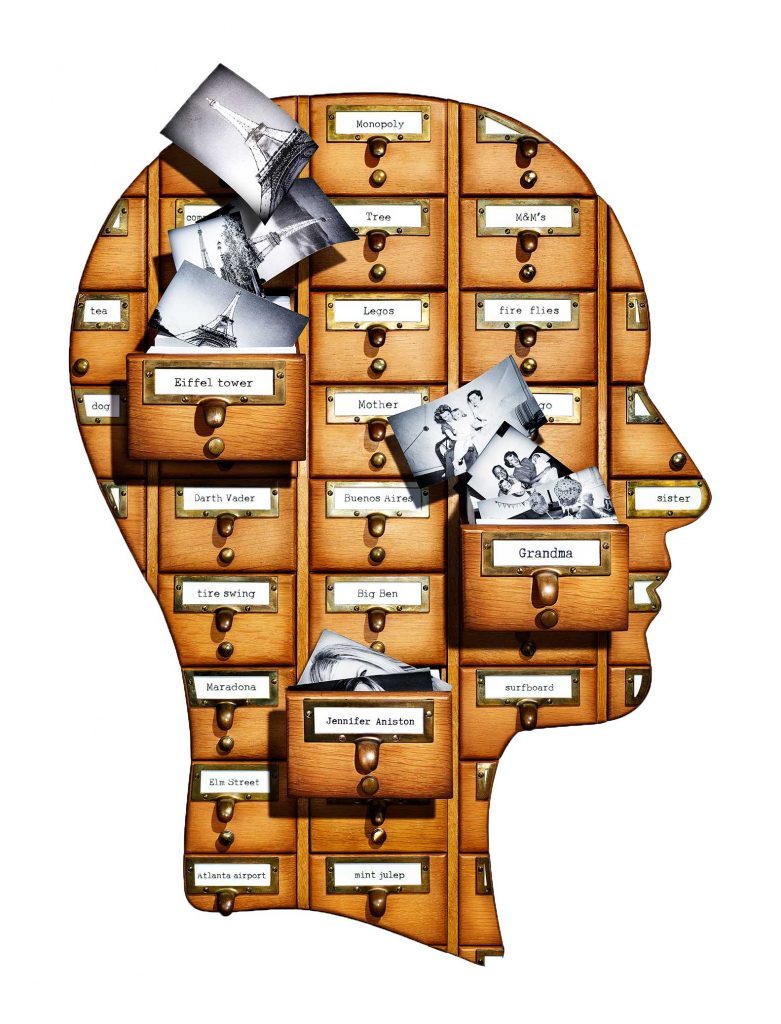 When physician Alois Alzheimer came to examine her, Auguste Deter was sitting on a hospital bed. Alzheimer asked, “What’s your name?”

“Auguste,” answered the 51-year-old patient at a Frankfurt hospital.

While Deter was eating cauliflower and pork for lunch, Alzheimer asked, “What are you eating?”

“What are you doing?” he asked.

Alzheimer jotted down the conversation word for word. At the time, in 1901, doctors had no term to describe Deter’s condition. When the woman died five years later, Alzheimer autopsied her brain and examined it under a microscope. He observed thick fibers, called tangles, that wrapped around the cells’ interiors, crushing their contents. He observed clumps of smooth plaques that filled the space around the cells and distorted their shape.

Alzheimer referred to Deter’s condition as “a serious disease of the cerebral cortex.” Other physicians began diagnosing the disease in patients with similar symptoms. The disease was ultimately named after the physician who first described it. We know it as Alzheimer’s disease.

Breakthroughs Nobody Talks About

The story of Auguste Deter is unsettling. We wish Alzheimer’s disease had remained obscure. But in the United States today, about 5.3 million people have Alzheimer’s. That figure is expected to nearly triple by 2050.

Alzheimer’s is a progressive, degenerative disorder in which the brain’s cells become damaged, causing problems with memory, thinking, and speaking skills, as well as changes in behavior. Plaques and tangles in the brain are the hallmark features. Though new diagnostic tests allow us to see them, the imaging is expensive and not widely available. For the majority of patients, doctors diagnose Alzheimer’s based on symptoms, once dementia has already started to set in.

I’ve spent the past 25 years researching Alzheimer’s, first at Harvard Medical School and later at the University of California, Santa Barbara. As a neurologist, I’ve treated patients who already have a diagnosis or who are at risk. I’ve watched as fascinating research trends have unfolded. While studies have dashed our hopes over and over when it comes to finding a drug or technological treatment, on the other hand, a growing and impressive body of research shows that lifestyle habits can dramatically reduce your risk for developing the disease.

Some of the most remarkable results came from Finnish and Swedish researchers just this past spring. For several years, they followed more than a thousand people (ages 60 to 77) at high risk for developing Alzheimer’s. Those who changed their habits to include nutritious eating, regular exercise, and intellectual pursuits performed at least 25 percent better on tests of memory, thinking, and problem solving than did other people who kept the same routine. This was enough to delay a dementia diagnosis by two years and reduce the prevalence 25 percent. Had the interventions started earlier in life, the findings might have been even more dramatic. 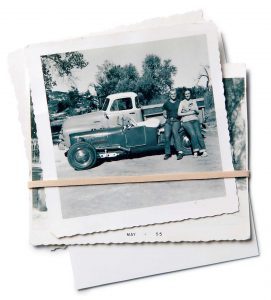 Habits of People Who Prevent Dementia

The evidence is clear: People who regularly do the following have a lower risk of developing cognitive decline.

If a medicine could protect brain cells and encourage the birth of new ones, you’d want to know about it, wouldn’t you? Well, that drug exists. You don’t even need a prescription. Physical activity ranks as the most potent Alzheimer’s protection, study after study has found. People who exercised at least three times a week for a minimum of 15 to 30 minutes a session were less likely to develop Alzheimer’s disease, even if the disease ran in their families, showed research from the University of Illinois at Urbana–Champaign.

Try it: Walk at least a mile every day. A simple walk (the kind you might take with your dog in the morning or a partner after dinner) delivers powerful brain benefits. A University of Pittsburgh study found that those who walked just six to nine miles a week had a greater volume of gray matter in their brains when they were tested nine years later than those who walked less.

Try it: Dance the night away. A study done by the Albert Einstein College of Medicine in New York City found that dance reduced risk for dementia more than any other type of physical activity (even more than doing crossword puzzles). If you dance with a group or a partner, you’re being social; learning new steps improves intellectual fitness.

No one best dietary pattern, food, or supplement leads to optimum brain health. Various diets from around the world protect the brain. What they have in common: rich in plants, low in highly processed foods.

Try it: Start meals with a helping of veggies. In a study of 3,718 people (ages 65 and older), those who consumed more than four daily servings had a 40 percent slower rate of cognitive decline than people who had less than one daily serving.

Try it: Spice things up. Herbs and spices add flavor to food, allowing you to cut back on butter, oil, and salt. Curry and turmeric contain the antioxidant curcumin, which several studies show could help reduce the risk of Alzheimer’s disease (as well as that of cancer, arthritis, and depression). Add them to scrambled eggs, sprinkle them on roasted vegetables, or stir them into rice to spice up a plain pilaf.

3. They Make Time for Friends

You can help ward off loneliness to keep your brain young, according to research from the Rush Alzheimer’s Disease Center in Chicago. Older adults who frequently spent time with others (being part of a book club or a card game, having dinner dates with their friends, visiting family) had a 70 percent lower rate of cognitive decline over 12 years than did seniors with fewer interactions.

Try it: Make new friends—at any age. Research from the University of Chicago found that many of us assume that meeting new people and making connections is harder than it actually is. When participants struck up conversations with strangers seated next to them during their commutes, they felt better than when they sat in solitude.

Try it: Throw dinner parties. Deciding whom to invite, what to serve, and who should sit next to whom forces your brain to make complex social decisions. Is Erica likely to get along with Jessica? Ensuring dishes are ready when guests arrive requires strategic planning, a high-level skill.

4. They Exercise Their Brains

If you don’t challenge your brain to learn new things (helping kids with their homework, say, or assembling IKEA furniture) it gets flabby. In one study, older adults who frequently did stimulating leisure activities were less likely to develop dementia over 21 years, compared with those who did so less often. Reading, playing board games, practicing musical instruments, and working on puzzles at least several times a week may encourage the growth of new brain cells and connections between them.

[pullquote]Even people who were carriers of a gene linked to Alzheimer’s postponed the development of the disease by almost a decade by immersing in intellectually enriching activities throughout their lives.[/pullquote]

Try it: Read to learn. Reading can fill your mind with knowledge. This fuels what some brain scientists call cognitive reserve, or a buffer against dementia symptoms. As mild cognitive impairment begins, the theory goes, cognitive reserve allows you to lose more memories before the loss affects your daily life. (Say you can’t remember the word grouchy. A strong cognitive reserve means you’d drum up grumpy or cranky.) Choose fiction and nonfiction; try new topics. Take notes or highlight as you read to better recall details.

Try it: Learn how to draw, paint, or sculpt. Seniors who took up painting, drawing, or sculpting were 73 percent less likely to develop mild cognitive impairment over a period of four years than were people who did not engage in artistic activities, found a recent Mayo Clinic study. These activities encourage you to focus your attention. 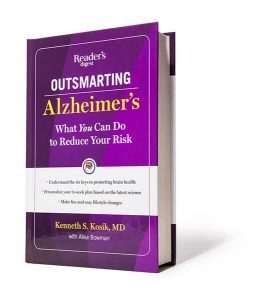 Protect your brain from dementia and stay sharp for life with the 75-plus tips in Outsmarting Alzheimer’s by Kenneth S. Kosik, MD. Learn more and buy the book here.